Women in the Tube: An Extended History 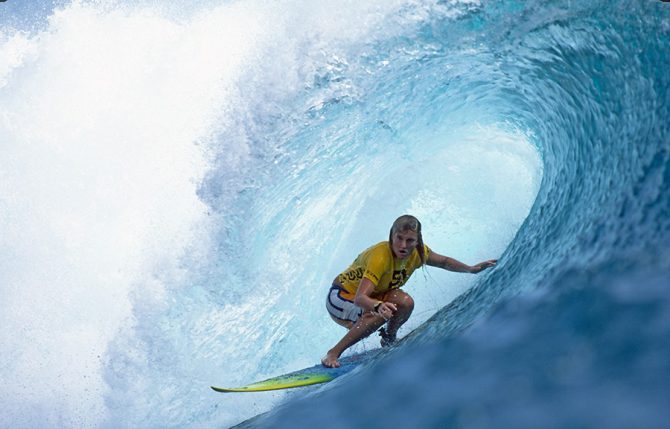 The WSL Pipeline Pro and the Vans Pipe Masters have undoubtedly ushered in a new era for women’s surfing. The pursuit of mastering Pipeline, in all its danger and glory, was once thought to be the province of men exclusively. Now, with multiple events each year, the world’s best female tube riders have the long awaited shot to prove their chops.

And prove their chops they did. At the Pipe Masters in December, Carissa’s backdoor barrel was among the finest ever ridden; girls as young as 15 defied the laws of physics in treacherous caverns; Laura Enever went down with the lip on a massive bomb and came out unscathed; and Molly Picklum pig dogged her way to victory the way a classically trained tube master should.

In “Women in the Tube: a New Era,” Sam George, formerly of Surfing and SURFER, examines this shift. To what is this meteoric progression owed? Is it an expanded appetite for risk taking? Is it having new opportunities? Is it believing in yourself?

These are all fair questions to ask in light of what is certainly a recent paradigm change, and Sam’s thoughtful inquiry leads to some sound conclusions: if you can see it, you can be it, and the girls charging out there today have no reason to believe they can’t.

But the premise from which the article proceeds is worth exploring. Per Sam: “More and more female surfers of all ages are demonstrating that they’re unquestionably capable of riding deep in the tube. The pertinent question is why are we only seeing this now?”

If a female surfer had ever gotten properly barreled at any world-famous break, Sam elaborates, “she did so in complete obscurity.” Between 1970 and 2009, the implication follows, it’s highly unlikely that a woman was scoring legitimate tubes at serious spots on serious swells; if she was, wouldn’t it have been photographed or filmed?

But would it have?

Would SURFER have published it?

Can the claim be defended that, until the last few years, no woman distinguished herself “by regularly riding deep in the barrel?” 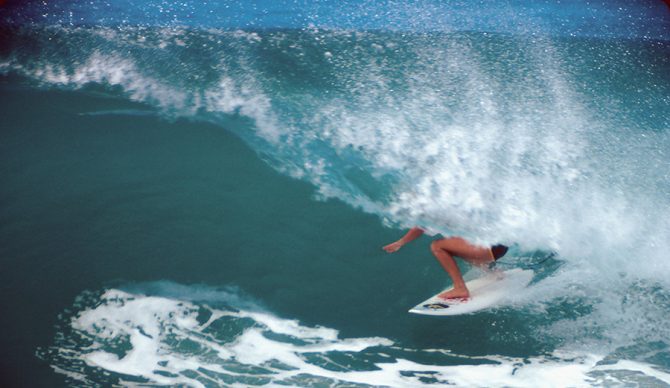 Moana Jones Wong, the young firecracker who has dedicated her life to Pipeline and rightfully claims the title of queen, is famously hellbent on being the first woman to truly master the wave.

It’s not hard to imagine that Moana is the sole woman in the lineup during the majority of her Pipe sessions. The few others who have made a name for themselves there are often overlooked.

In Sam’s treatise, he quotes Moana’s interview from the Women of Pipeline short doc, emphasizing that she’d “never seen a woman surfing Pipe.” In my view, more context is required here. In fact, Moana says of Keala Kennelly and Rochelle Ballard: “I always dreamed, I’m gonna be like them one day. I’m gonna go and surf Pipe.” The exact words Sam borrowed from Moana: “I never saw a woman drop in on a wave at Pipe, except for on Blue Crush.”

“None of us had seen this here…and most probably not anywhere else,” Sam expounds. “Us,” evidently, referring to the editors, writers, and photographers at SURFER over the years, which granted females a pittance of coverage during its 60-year run. To Sam’s credit, he fully acknowledges this as a driving force behind the lack of visibility of women in the tube, noting: “It’s as good an explanation as I can find,” for their apparent absence from history.

“There [were] women,” Keala comments in Women of Pipeline, “but my generation wouldn’t know about that because it’s not like we were getting shots in the men’s magazines. There was just no exposure, so while women have been charging big waves…they just weren’t visible.”

Indeed, female role models at Pipe were few and far between. But Moana had them. As it turns out, Keala and Rochelle did too.

With little media coverage, a nonexistent audience for the women’s division at contests, and heavily male-dominated lineups around the world, women’s surfing was not always inscribed in the history books.

Even so, avid surf scholars recognize that women started surfing Pipeline and other North Shore heavyweights almost as early as men did in the late 1960s. Joyce Hoffman is credited as the first, though a handful of body boarders preceded her. Margo Oberg, Brenda Scott-Rogers, and Lynne Boyer followed. Later, Jodie Cooper and others cemented their place amongst the crowd at these storied breaks.

But let’s put Sam’s claim to the test: did any of these women ride “legitimate, deep barrels?”

Is there footage to prove it?

See, for instance, Lynne getting definitively shacked at Sunset Beach, below. 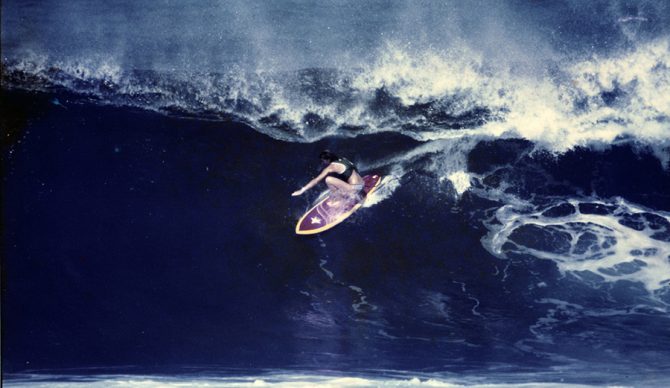 Brenda Scott-Rogers has a trophy from the 1978 Hang Ten Sunset World Cup in which she scored a 20-point tube ride — the highest scoring wave of any man or woman in that event. “There was no priority and I was third down the line when I got that wave,” she told me. “Margo was too deep and Lynne wanted to call her bluff, but Lynne hesitated. I took a last minute air drop, did a heavy bottom turn, and just went into this barrel that seemed to go forever. It seemed like an eternity. It was dry inside. You could have driven a truck through it, and if it pinched you, you would have been annihilated.”

Jodie Cooper was certainly no stranger to the insides of barrels. The Encyclopedia of Surf notes that she “regularly venture[d] into the tube at Off the Wall and Backdoor Pipeline,” as evidenced in numerous clips and photographs.

Pam Burridge was also documented threading plenty of barrels around the same time. The tubes in those clips look pretty legitimate to me.

How about Keala’s Pipeline double barrel from 2009? Clearly, she’d had plenty of practice behind the curtain by the time this was filmed.

Yes, these women achieved these feats in relative obscurity. But it’s not because they weren’t doing it regularly or it wasn’t being documented. They were willfully ignored.

We should not ignore them any longer.

The level of performance in women’s surfing today is mind-boggling. As Nathan Fletcher remarked, women’s surfing is “the most progressing side of the sport right now.” Girls and women can be found high above the lip, deep in the tube, and right at the peak of just about any lineup in the world.

The surf community and industry — Sam included — has acknowledged this, supported it, and celebrated it. There has never been a more exciting time to be a woman in surfing.

When you’re watching Moana get spat out of a Pipe barrel or gaping at Sierra Kerr‘s air game, it’s easy to forget the long struggle that led to this moment in history.

Many factors have contributed to where we are now. Decisions by powerful institutions to take a leap of faith and send women out at waves like Pipe have been extremely significant as female athletes finally have a chance to rise to the occasion. This further feeds the progression, as Sam points out, by increasing visibility to inspire the next generation.

But we also owe recognition to the women who risked their careers to speak up against popular opinion in the boardroom, endured blatant discrimination throughout their entire careers, embraced their truest identities knowing they’d lose sponsors because of it, and kept showing up to compete for little to no money because it’s what they loved.

We owe recognition to the women who kept pushing the limits despite the fact that photographers would rarely capture them and magazines would rarely cover them. We stand on their shoulders.