10 Years Ago, Peter Townend Was Asked to Make ‘Surfing in 2020’ Predictions; He Nailed These Ones 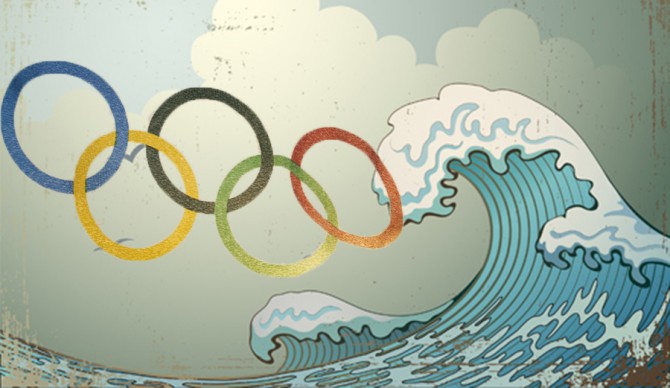 In 2010, Peter “PT” Townend, was given a fun and simple prompt by the O.C. Register: What will surfing be like in 10 years? As surfing’s first professional world champion, he’s obviously seen the sport and culture change in leaps and bounds. He steered clear of the obvious future prediction tropes like flying cars and space travel and with a little bit of historical context, he was eerily close (or spot on) with parts of his 2020 vision.

PT made these predictions in late 2010, so by this point in the year, the then-22-year-old Gilmore was en route to her fourth consecutive crown. She added three more over the next decade.

What’s changed? Kelly Slater actually won his 11th title the next year and the ASP eventually became the WSL.

2. At 48 Kelly Slater is granted a “Wild Card ” to the WCT Billabong Pipeline Masters and reaches the …(final losing to) HB-raised super-superstar Kanoa Igarashi.

Kelly likely won’t need a Wild Card to compete in the Pipe Masters this year because he’s technically still on the Tour fulltime. As for the nod to Kanoa, he was just a 13-year-old Huntington prodigy at the time.

3. Surfline has developed forecasting technology that now allows your embedded surfboard personal device (PD) to alert you to the next set with size and direction of the approaching swells.

Get to work, forecast nerds.

4. The sport of surfing is the action sports global leader in webcasting, which now automatically feeds into your household big screens.

This one is eerily spot on. At the time, the WSL wasn’t even a thing — it was still the ASP. And a major factor in the rebranding of surfing’s top professional organization was its broadcasting presence. As far as action sports leagues go, the WSL has definitely evolved into the top broadcasting platform.

Imagine the outrage you’d get from 2010 Joe Surfer if you’d suggested surfing should be an Olympic sport. This effort and dream was years in the making for Aguerre but must have felt like light years away a decade ago. And even with wave pools as common as they are, the IOC still gave the green light for competing in the ocean anyway.

Get to work, wetsuit nerds.

7. The latest surfboard technology allows new boards to be computer-generated, ready on-site in less than an hour with space-age materials… enabling the surfers to reach new heights of performance.

Doesn’t 3D printing come to mind immediately? It’s been around since the eighties, technically speaking, but the version we know and see today saw a boom in the decade since PT made this prediction. The technology hasn’t produced mass-desired surfboards but that isn’t stopping people from trying. Either way, making this prediction back in 2010 was pretty a futuristic idea.

8. There are now gated surf communities with a centralized Wavepool for a daily dose of waves. Kelly’s concept, like the golf course communities, becomes a reality.

Kelly Slater Wave Co. had been developing and perfecting its technology for a number of years by this point but that was a well-kept secret until late 2015.

It’s funny how enamored we all were with the idea that these things would one-day exist and now they’re so commonplace. This one ended up being spot on as far as how pools are being applied and used for public access. New pool proposals pop up weekly, and the concept of one as a central attraction to build an entire community around is a legitimate investment for land developers.

9. There are now college degrees in Surf Industry/Surf Culture at major educational institutions that feed the industry with qualified business, design and technological talent.

10. At the 2020 Billabong XXL Awards, three of the nominees for “Ride of the Year” are in the 100-foot range and San Clemente’s Greg Long is one of them!

We’re rooting for you, Greg. Although now the event exists as the WSL Big Wave Awards.