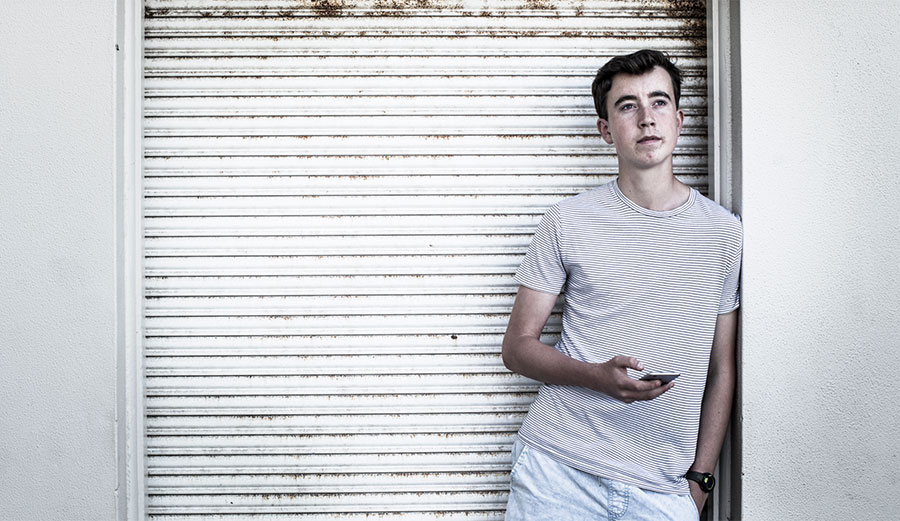 He’s creating apps that protect ocean-goers and sharks, and he’s can’t drink or drive yet. Image: University of Wollongong, Australia.

If you surf, you have certainly been asked the question “but aren’t you afraid of sharks?” To which you nonchalantly laugh as though you know the risks but the waves, man, the waves are just too important and surfing is a lifestyle and the ocean is their domain and you are one with nature and it’s not tragic to die doing what you love, blah blah blah. In your head, however, you know that you will almost certainly not be attacked by a shark, because the odds of that actually happening are basically nil. It’s much cooler, though, to act as though you might and you’re just so cool that you don’t even care about being torn to shreds by the man in the grey suit.

Anyway, there’s a kid in Australia who likes sharks and wants more people to surf. Do you hate him for that? Kind of? I get it. Like, fuck, kid. There are enough surfers already, and when localism and drowning don’t work, sharks are all we’ve got to fend off the masses! This kid is 15-year-old Samuel Aubin. He created an app for your iPhone that lets swimmers/surfers detect sharks and make a judgment call on whether it’s safe or not to enter the water. “I wanted to come up with a possible solution to assist beach users to make informed decisions,” he told the Daily Mail Australia. What were you doing at 15? I was smoking illegally purchased cigarettes, attempting to steal liquor from my mum’s cabinet, and hoping to find porno mags by the creek. God damn it, Aubin. That’s strike two, you over-achiever!

His app, called SharkMate, takes over a dozen different factors into consideration before creating something called a “Likelihood Score.” That, of course, is the likelihood of you getting Jawsed and dying in a great gushing torrent of your own blood, thrashing about and helplessly screaming at the ocean’s surface while your body is violently yanked deeper and deeper until finally, finally, that sweet darkness of death releases you from a pain and terror that you never dreamed would be your final experience. 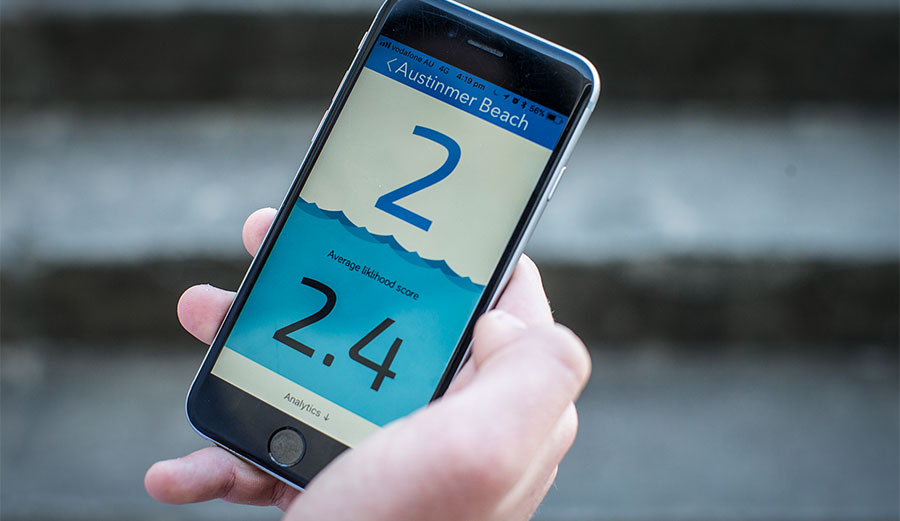 The app takes a variety of factors and puts them together to give you a number that correlates to the likelihood of a shark attack. Image: University of Wollongong, Australia.

“His app uses a range of data – water temperature, air temperature, rainfall, historical shark sightings – and uses it to calculate the likelihood of a shark sighting at any given beach,” writes the University of Wollongong, Australia. “There is also an option to report shark sightings. Since developing the app, he has teamed up with the SMART Infrastructure Facility to link an aerial imaging system from a blimp floating above a beach to smartwatch apps, as well as mobile via wireless notifications to servers in the cloud. Push notifications are also available. This real-time information combined with the advanced SharkMate prediction algorithm should provide the best possible information to water users to determine risk of shark attack.”

Aubin went on to explain a bit about his Likelihood Score. “[It] includes rainfall, the presence of lifeguards, historical shark attacks, proximity to rivers to name a few,” he said. “It also takes live Twitter feeds and shark sighting into account. Much of the information is sourced from Willy Weather which is an incredibly reliable weather source.”

Part of the reason Aubin started SharkMate is because of the public perception of sharks, which I may have illustrated perfectly (and a little too violently) in the third paragraph. See, sharks don’t always kill you in great gushing torrents of your own blood, but the fact that they COULD is terrifying, and the fact that terrifying stuff makes for great television hasn’t helped the sharks’ plight. The truth, though—like the truth that comes from actual science with actual numbers instead of some old fisherman telling an exaggerated story—is that while humans kill upwards of 100 million sharks every year, in 2017 there were five human fatalities from shark attacks. “I hope that when the public use SharkMate, their views shift from sharks as the ‘monster of the sea’ to a vital part of our oceanic ecosystem,” Aubin explained. “SharkMate both keeps humans safe whilst also attempting to remove the stigma around sharks, which is the first step toward conserving these majestic animals.”

Find SharkMate at the App Store.