7,000 Gallons of Sewage From San Onofre Nuclear Plant Have Reportedly Spilled Into the Ocean 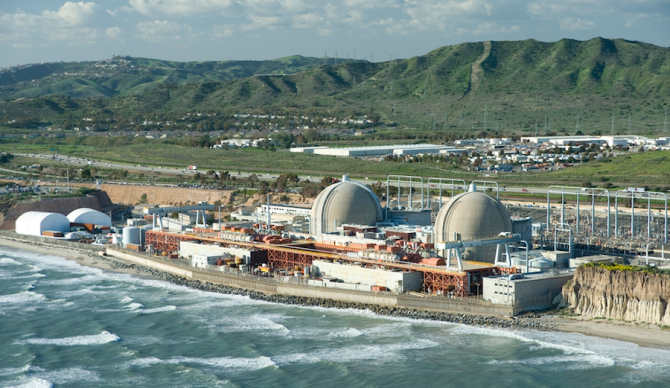 The San Onofre Nuclear Power Plant is in the midst of a decommissioning process. Photo: Southern California Edison

According to a report in the San Diego Union Tribune, 7,000 gallons of partially-treated wastewater somehow spilled into the ocean last week and spread at least a mile out to sea. Officials quickly quelled fears by putting out a release stating it was a non-radiological spill “that entered the ocean through a conduit from Unit 2 at the facility, also known as SONGS.”

The San Onofre plant hasn’t produced usable energy in eight years and is in the midst of a dismantlement project as used canisters of energy are transferred from wet storage to dry storage as part of the decommissioning process – a process that has made Southern Californians extremely nervous. Officials at the plant are trying to figure out how the spill happened, given that bathrooms have been shut off and replaced with portables (the sinks reportedly still work). They’re blaming it on a surge of water that “basically flooded the sewage treatment plant, it didn’t overflow but it flooded a different basin inside the plant and then pumps kicked on and continued to pump the water out to the ocean,” Ron Pontes, environmental decommissioning manager at SONGS, said at a virtual community meeting last week.

“Now we’re investigating where did this large slug of water come from,” he added. “Once we figure that out, we will restore the (sewage treatment) plant and make sure it’s operating properly and place it back in service.”

Despite critics who lambasted plant officials amidst the Coronavirus pandemic, the spills are reportedly not related to “periodic liquid batch releases” that discharge wastewater 1.1 miles out into the ocean and are part of the plant’s dismantlement operations, planned to last eight years. Edison gives the public 48-hour warnings when those occur.