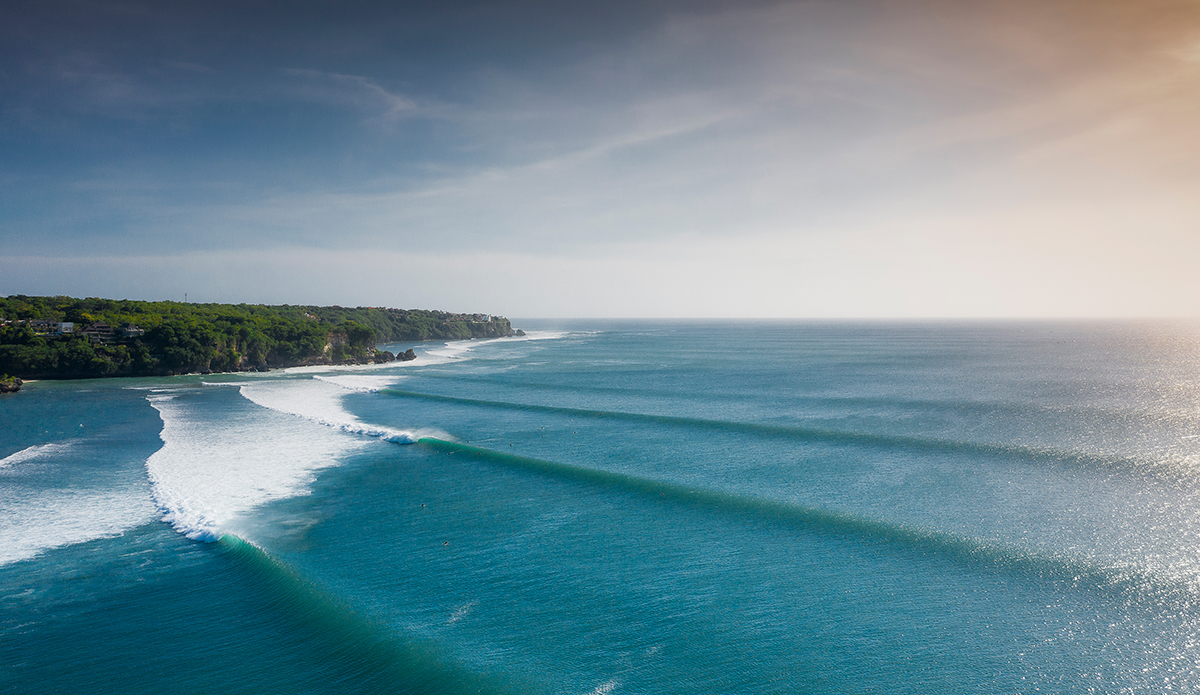 “Sometimes drone work can seem so removed, so mechanical, like anyone can do it. But I don’t agree. It’s delicate work. And finding the right angle, not just the typical overhead, or the follow-the-guy-in-the-tube work, takes a cosmic point of view. I get my dreamiest shots when I just go flying, imagining myself up there, seeing things with my own eyes, not the lens.” 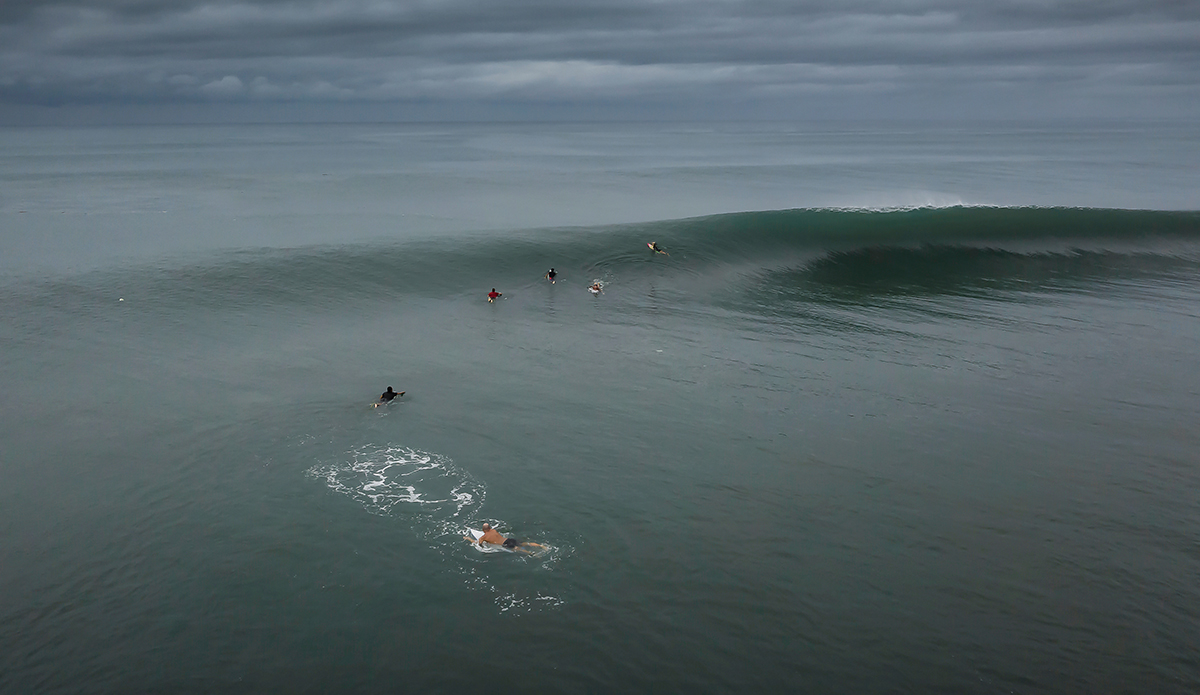 “I believe in shooting the weather. This was a moody day of absolute perfection at Keramas. And to see that wave so uncrowded really lets a photographer capture the magic of that reef. The lack of crowds this year has given us all a chance to see the waves again as they are. And there is feeling of plenty to go around. That monsoon squall on the horizon moved in a half-hour later, obliterating a dream session.” 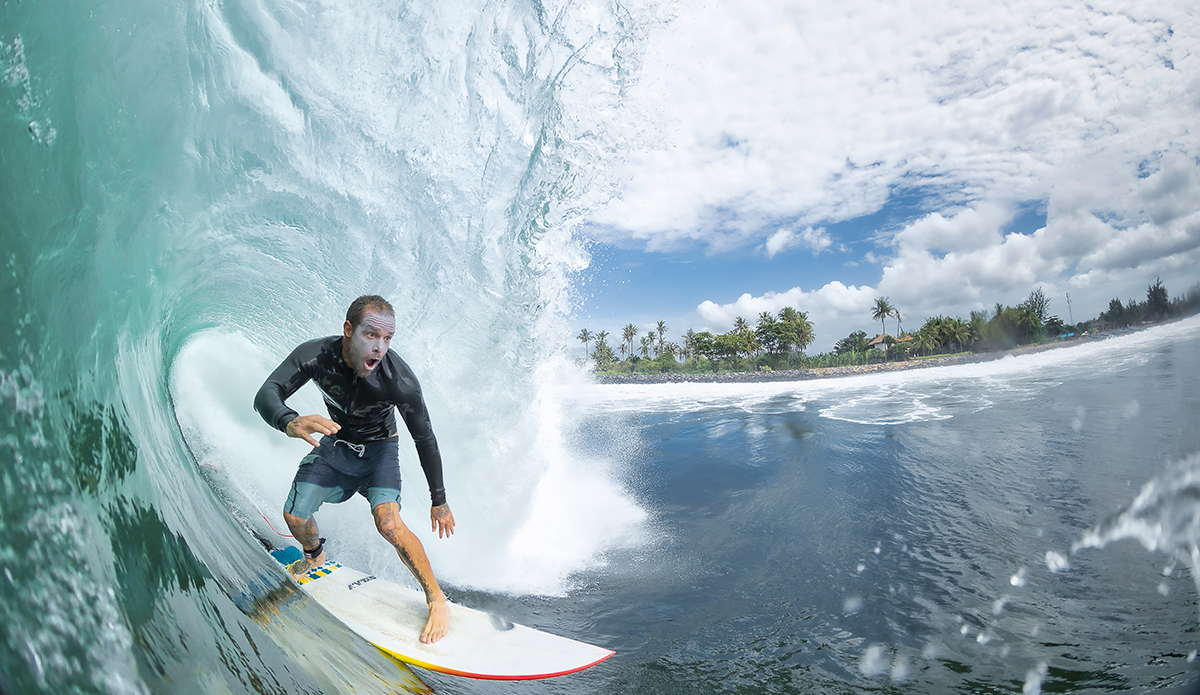 “You just know the wave is heavy when it puts a face like this on Koby Abberton. He surfs like a Samurai. Like he’s already dead. I remember my swim fins scraping on the reef when I shot this one.” 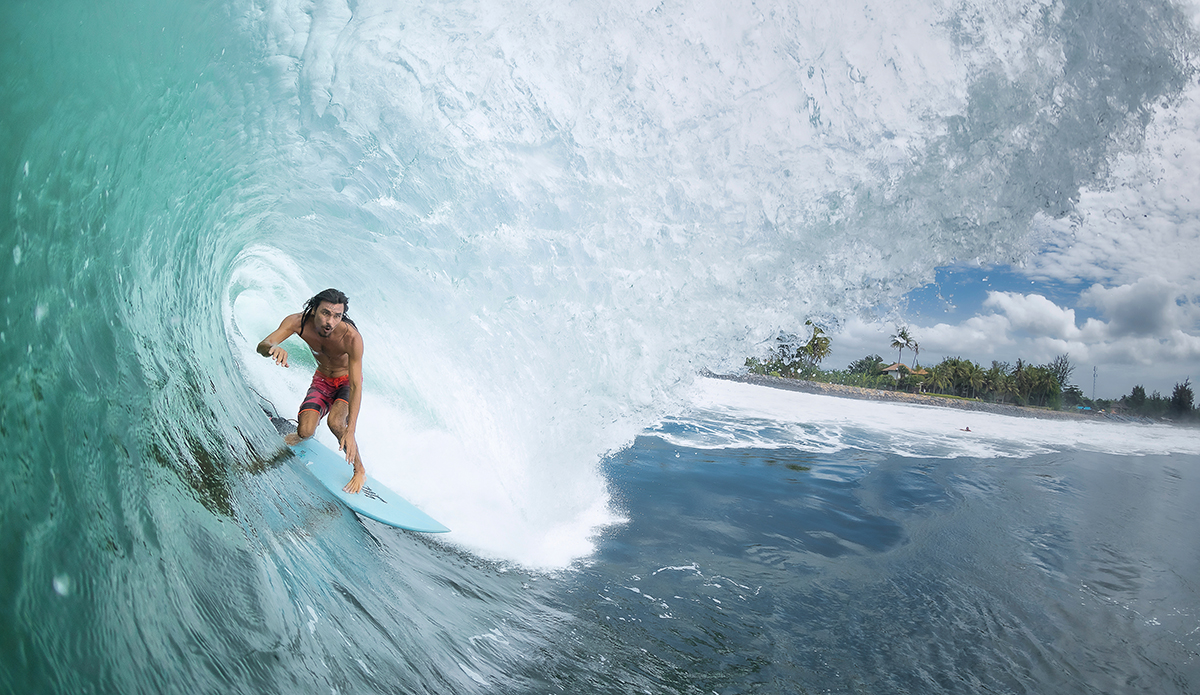 “Every time Marlon paddles out he brings an elegance to the session. Even though he charges like a madman, he always looks graceful and at ease. They say making it look easy is the true sign of a great surfer. There’s no struggle in him. He’s the quiet storm and one of my favorite subjects to shoot. I don’t think I have ever taken a bad shot of him.” 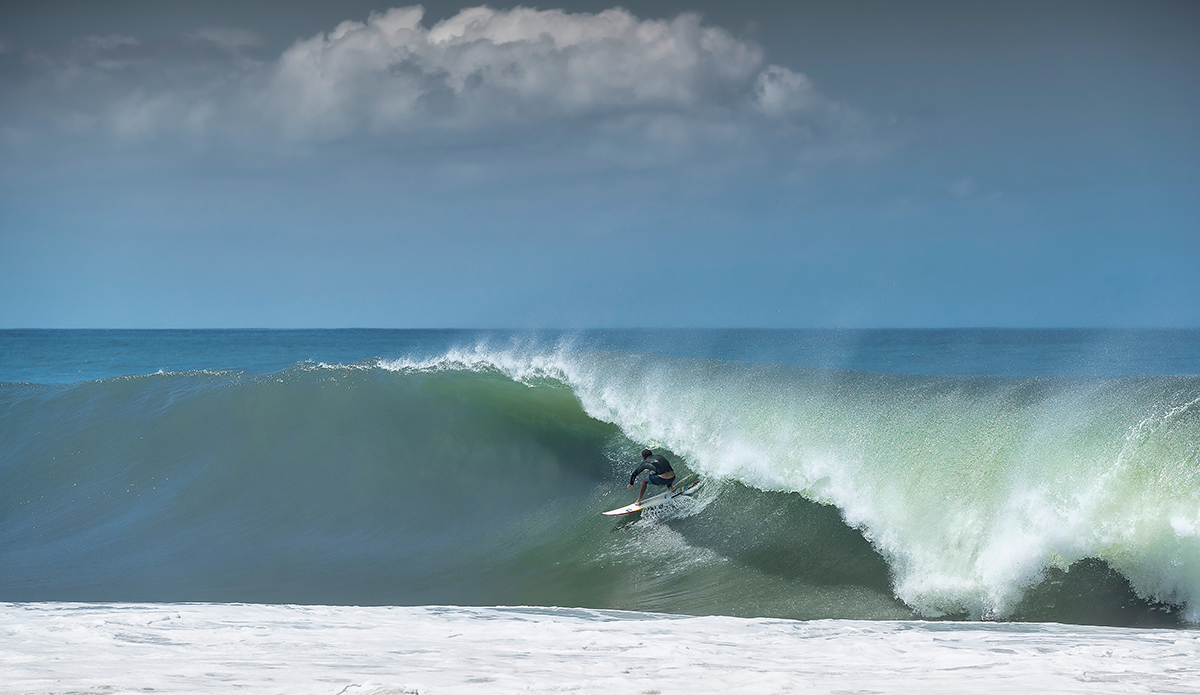 “Whenever I pull up to a spot, I always shoot a few snapshots from shore. I had no idea how big this Eastside Reef was until Koby Abberton just gave scale to the whole thing. This reef is sharp, about three feet deep, and it breaks bones. Sometimes the parking area looks like a trauma ward. I had to take a few deep breaths before swimming out.” 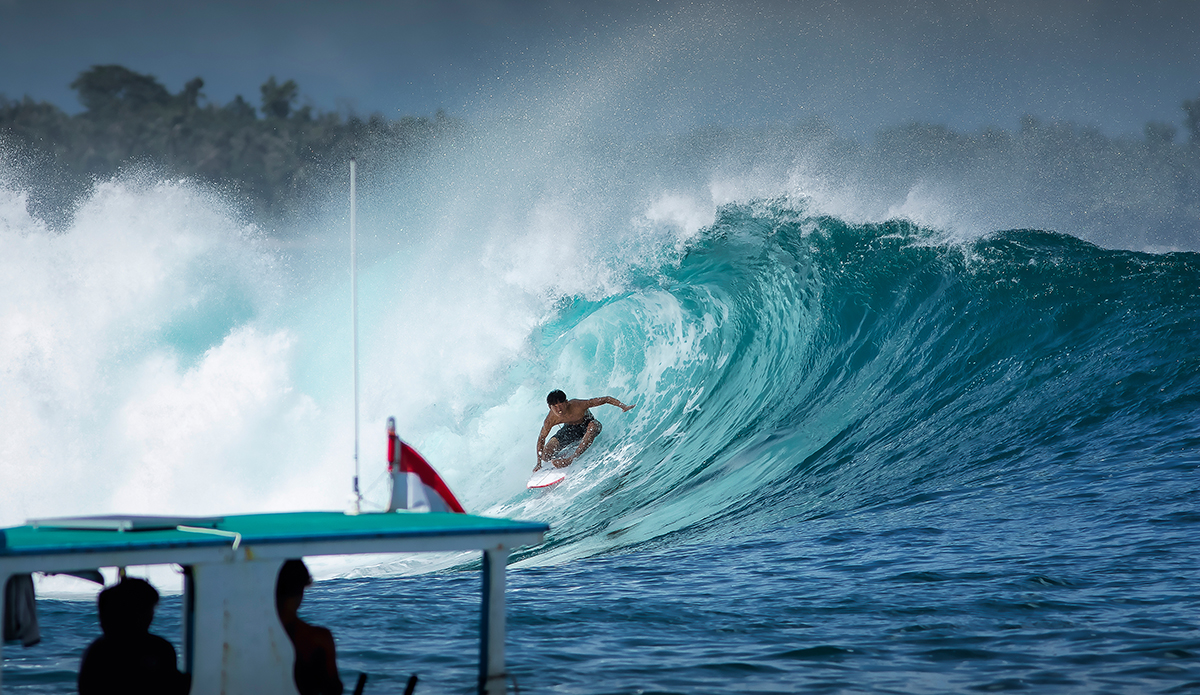 “The thing about the Mentawai is the barrier reefs. That means you rarely shoot from shore. The waves are so far away. Plus you never get tired of the boat angle. It’s so magical to watch surfing while you’re floating too, but still high and dry. When shooting from a boat, I always try to keep it interesting by putting something in the foreground. It gives the shot that maritime vibe. This is Ryuki Waida, Rio’s little brother, who’s really coming on.” 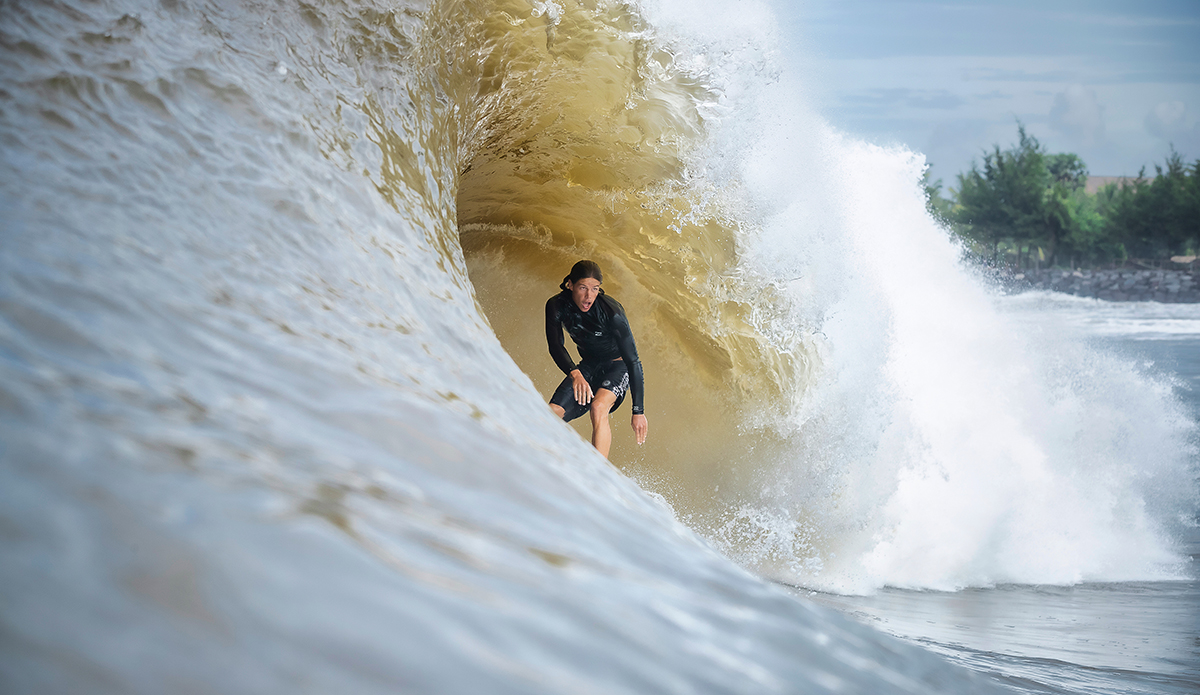 “Bali’s best kept secret? January. I love shooting during monsoon. The Eastside rights light up, the weather is wild and so are the rides. This is when the rivers are just going full bore, building up the sand for the dry season. When the waves look like brown cement, the photos really capture the power. Kian Martin understands the energy at play here.” 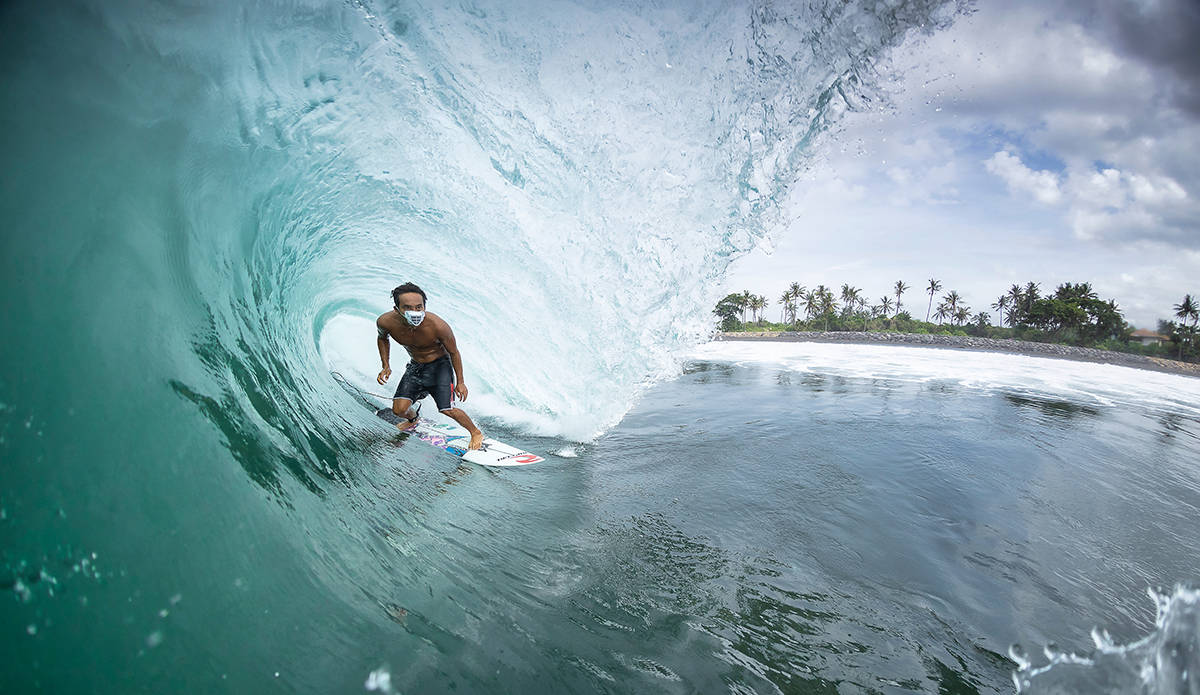 “For obvious reasons, this shot of Tonjo Darmaputra really sums up the year for me.” 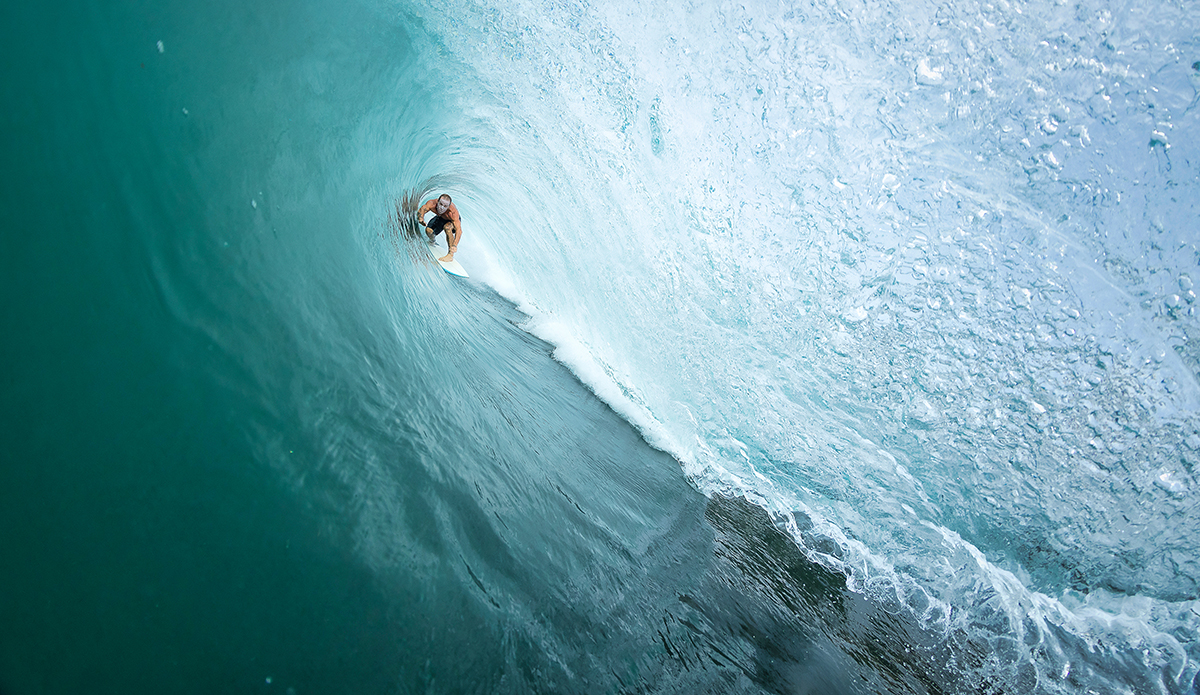 “Koby, as deep as you can get. And this is no closeout shot. At this break being in the barrel is exactly that. It’s literally like being inside the barrel of a rifle. If you can keep your line you will get shot out. Koby does it all the time.” 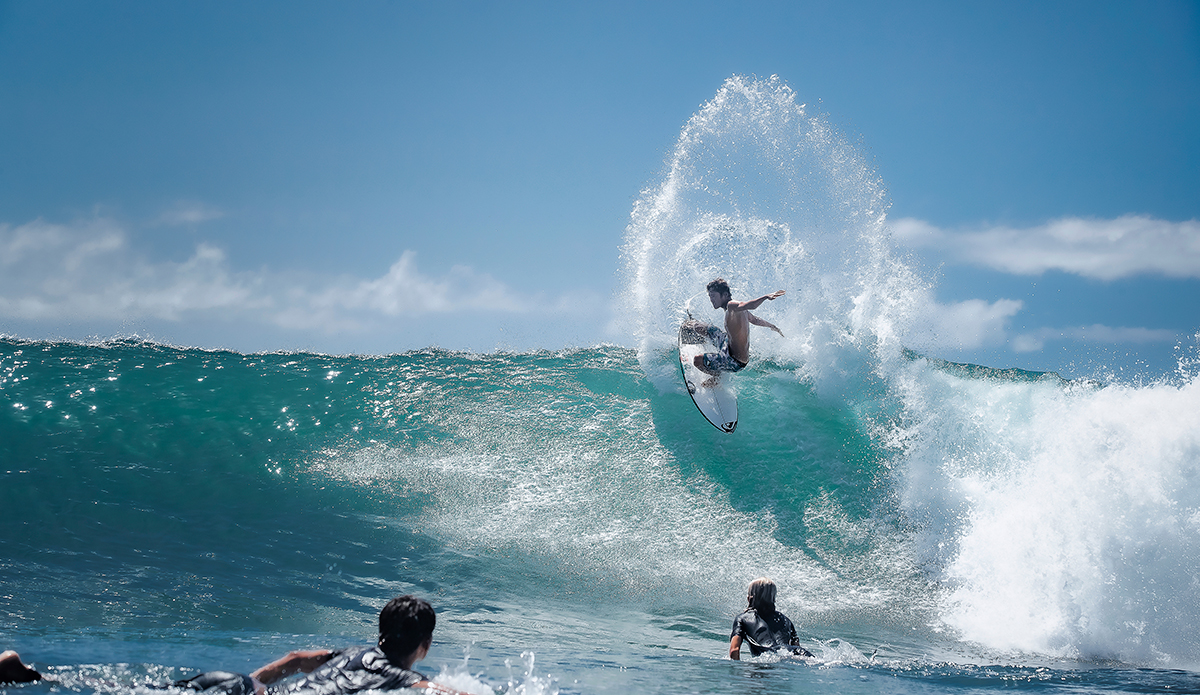 “From the water, sometimes I like to pull back and give it that paddling perspective. With guys in the foreground you really get the feeling that you’re scratching over a set while some guy rips by. You’re stoked, inspired really. Rio Waida can be that kind of inspiration. Hottest guy on the island of Bali right now and taking a shot internationally too.” 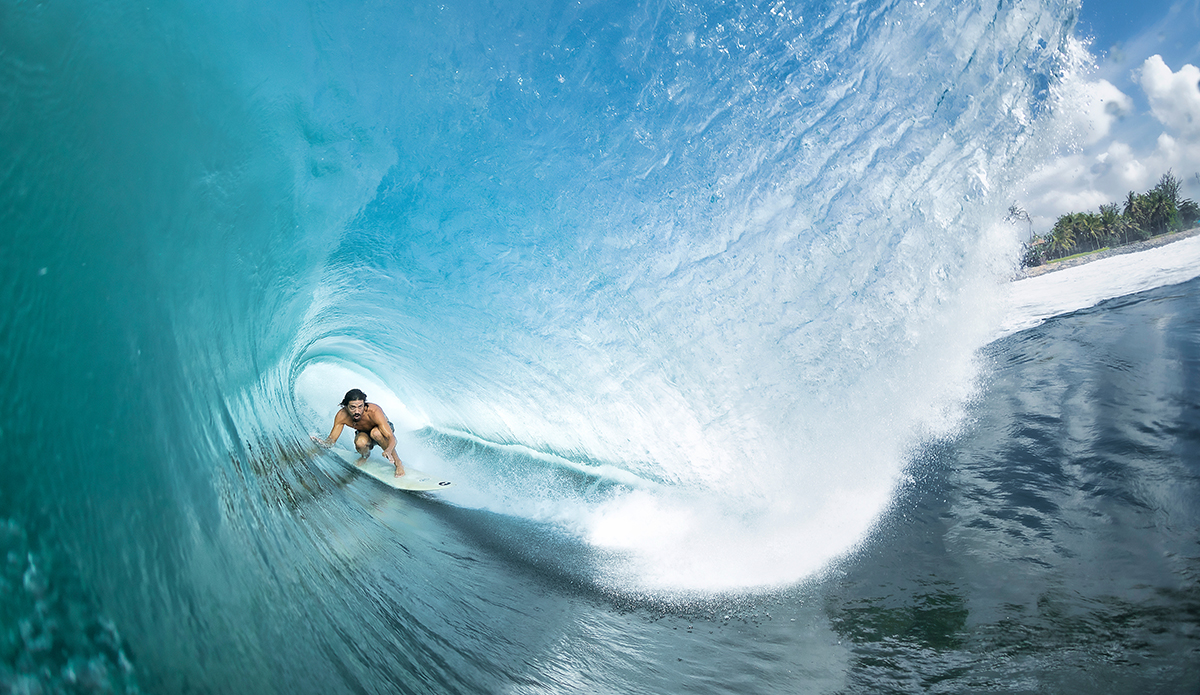 “Jared Mel is one of those surfers that can make any wave look beautiful. His form is flawless. Longboards, or alternative shapes, he’s an intuitive surfer. It’s like the wave is the choreographer and he’s the dancer. If you don’t believe me, put on your favorite song and watch him surf. I think he’s one of the best surfers on the planet. I don’t want to sound weird, but I think waves really like him.” 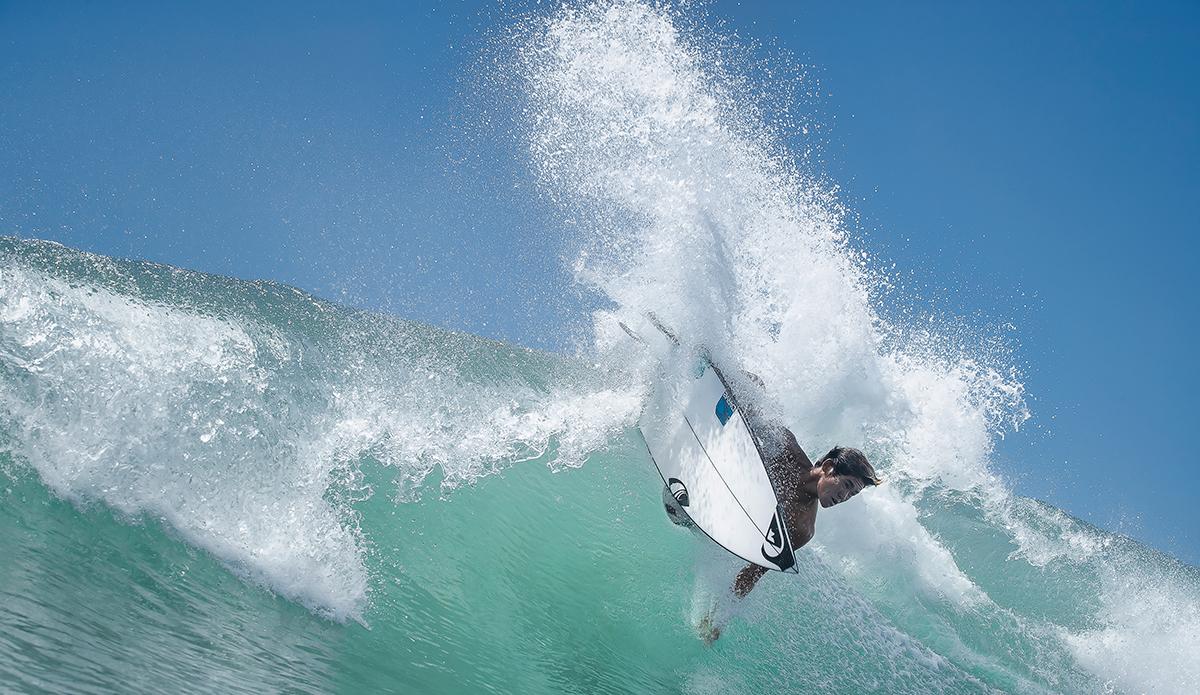 “It’s no secret that Rio Waida is Indonesia’s greatest hope for a WCT surfer. Finally. You know the difference between a WCT surfer and everyone else…with a WCT surfer, you can hear it. It’s really loud, the power and the will just emanates more from them.” 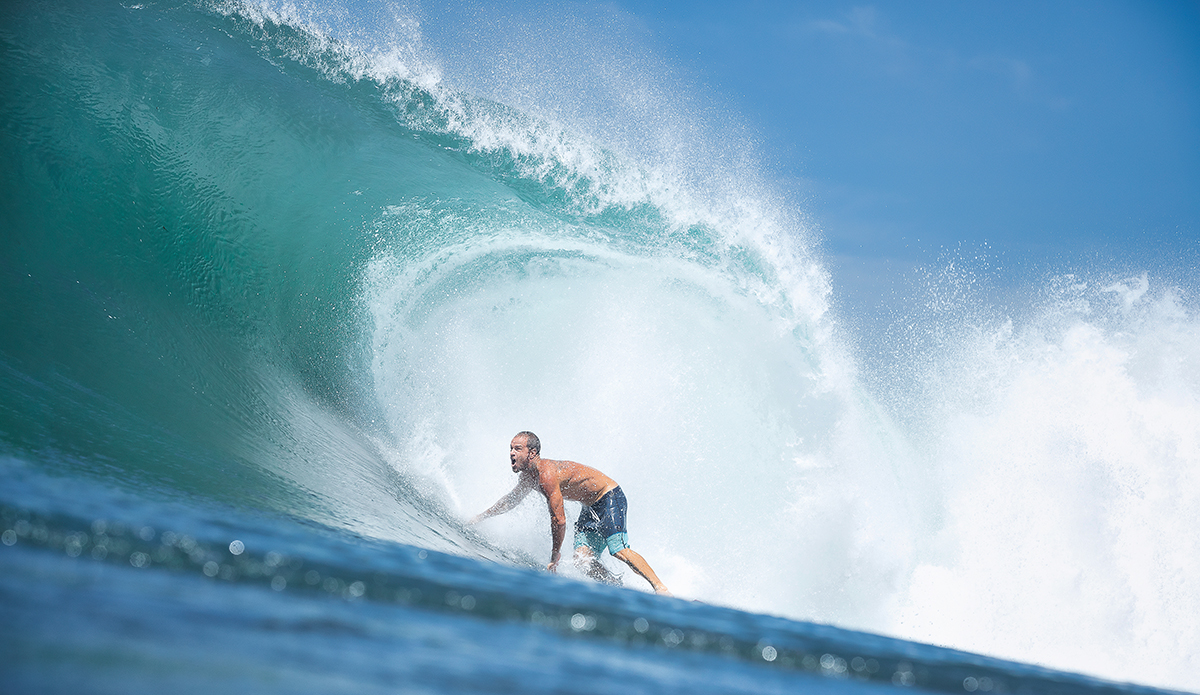 “Although not a perfectly technical shot, what I love about this shot of Koby is that it really captures his warrior spirit. There is no quit in Koby Abberton.” 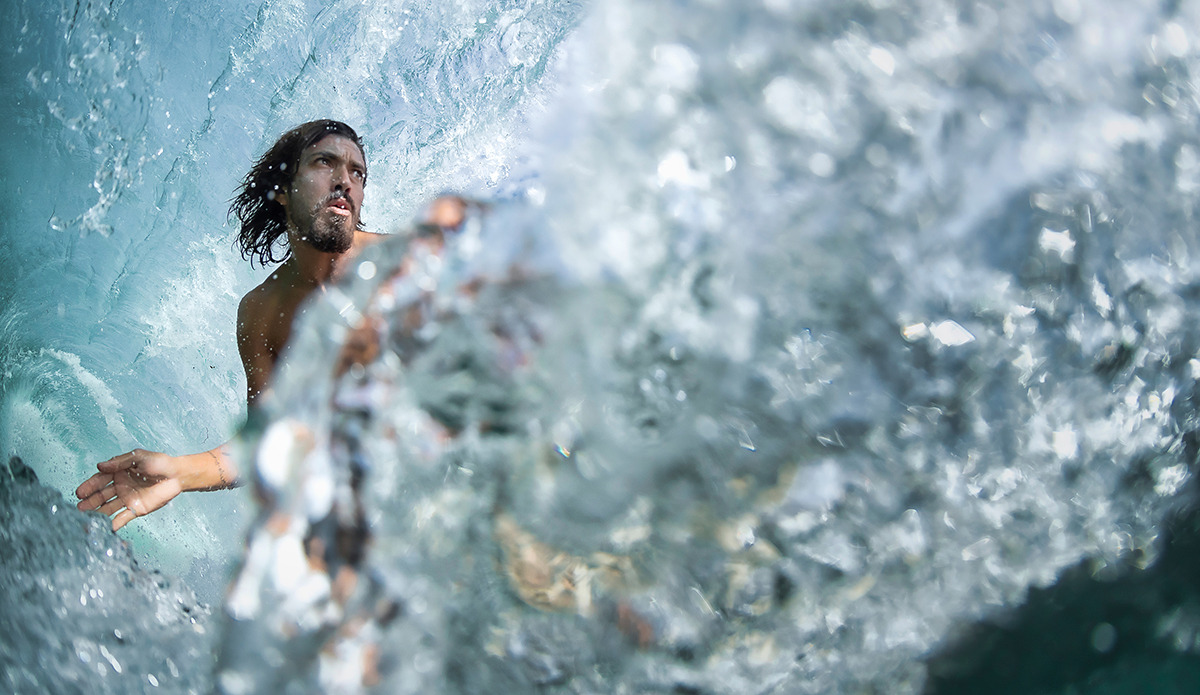 “Another imperfect shot, but one that really captures the intensity, that connection between a wave and a surfer. That immersion into a liquid world. And no one seems more connected than Jared Mell.”

Italian by birth, Balinese in spirit, water photography specialist Federico Vanno is never in the wrong place in Indonesia. And he’s having a hell of a year. Thanks to the non-stop swells that have been hammering Bali and the Mentawai during the pandemic. With pinpoint local knowledge, technical mastery and an artist’s eye, Federico is the go-to photographer for locals and visiting surf stars alike. The following is a collection of his favorite moments of this season and his insights about them.