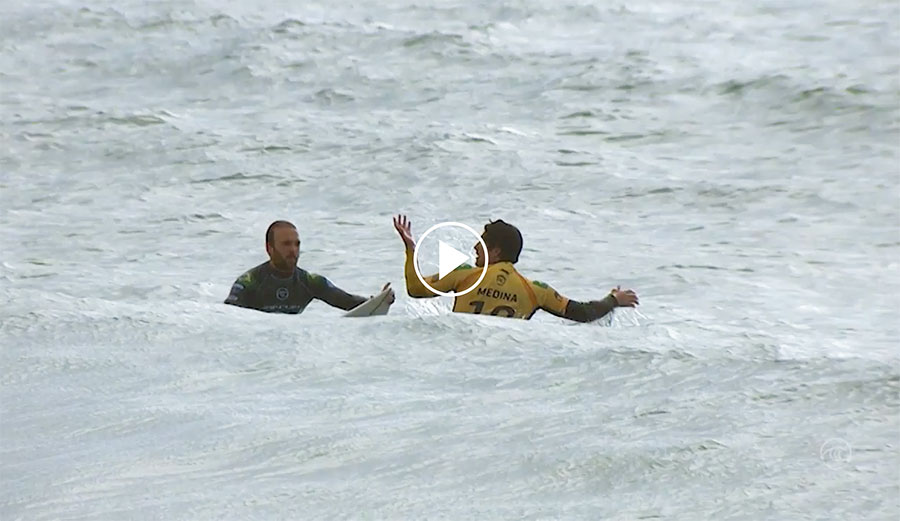 Gabriel Medina is a polarizing figure in surfing. For most people, there’s not much in between loving or hating the two-time world champion. In Brazil, he is a mega-star, but oddly, the racket surrounding him is a little quieter outside his country. Whichever side of the coin you’re on, there is no denying that Gabriel Medina is a handful of salt on the bland meal that is professional surfing can be. He’s an interesting character and a storyline in a space where all too often the storyline falls flat.

The World Surf League’s Sound Waves series is a good one. It’s a look behind the curtain at what goes on with a particular surfer at a particular event. Sticking a mic on them and seeing what happens might be a risky endeavor, but only if you’re worried about exposing some dirt. If that’s the intention, then it’s not a risk at all. This particular episode follows Gabriel Medina in Portugal. It was an especially critical time in the race for the 2019 World Title. In hindsight, it was a pivotal event that very well could have cost Medina a third World Title.

Now that it’s all done and dusted and Italo Ferreira is wearing the crown, it’s interesting to look back at Medina’s reaction to the priority blunder that threw a very heavy wrench in his cog. And it’s a peek behind the heavy curtain that generally surrounds the Medina camp.