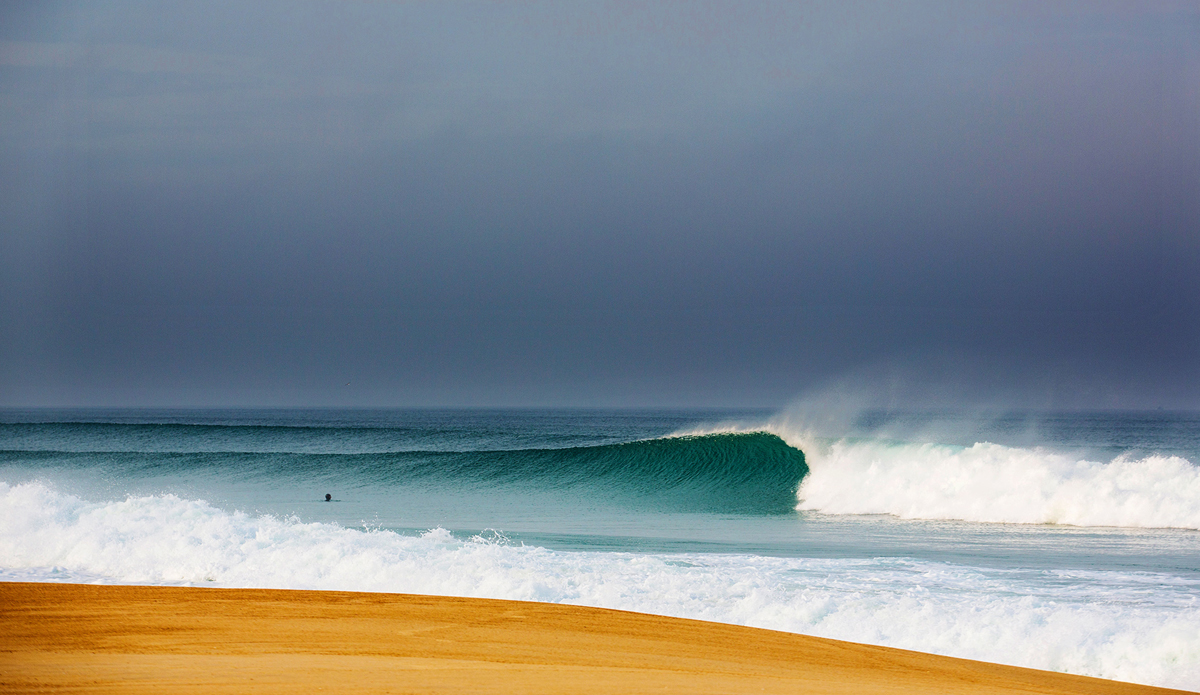 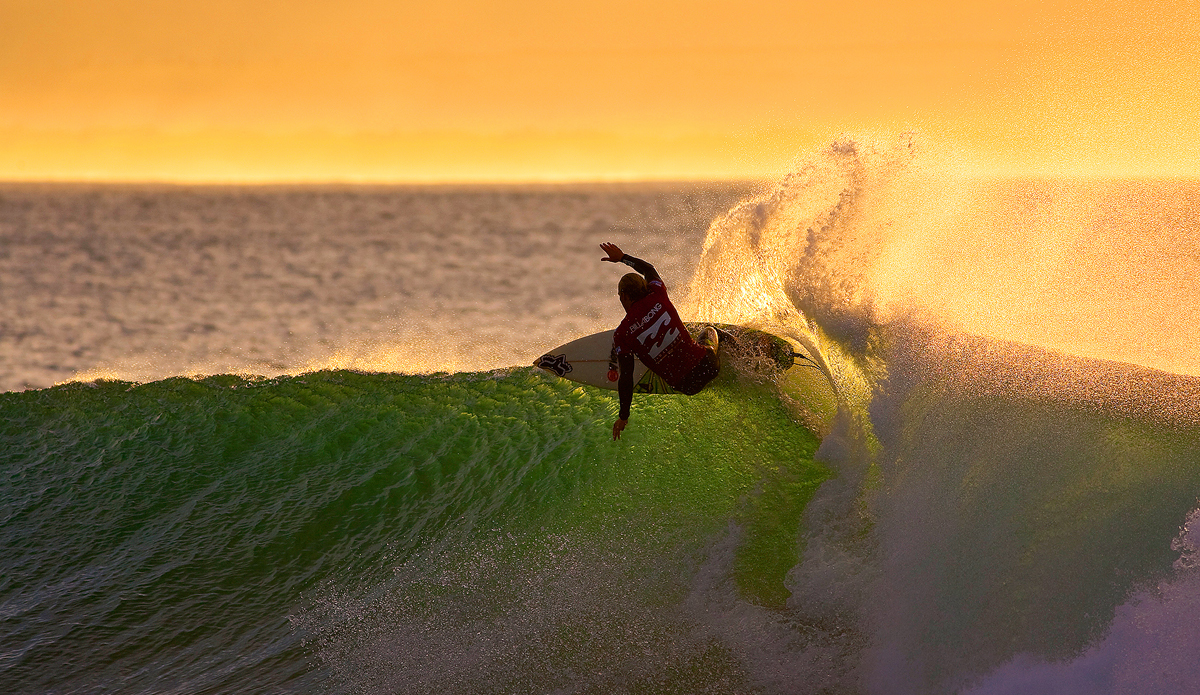 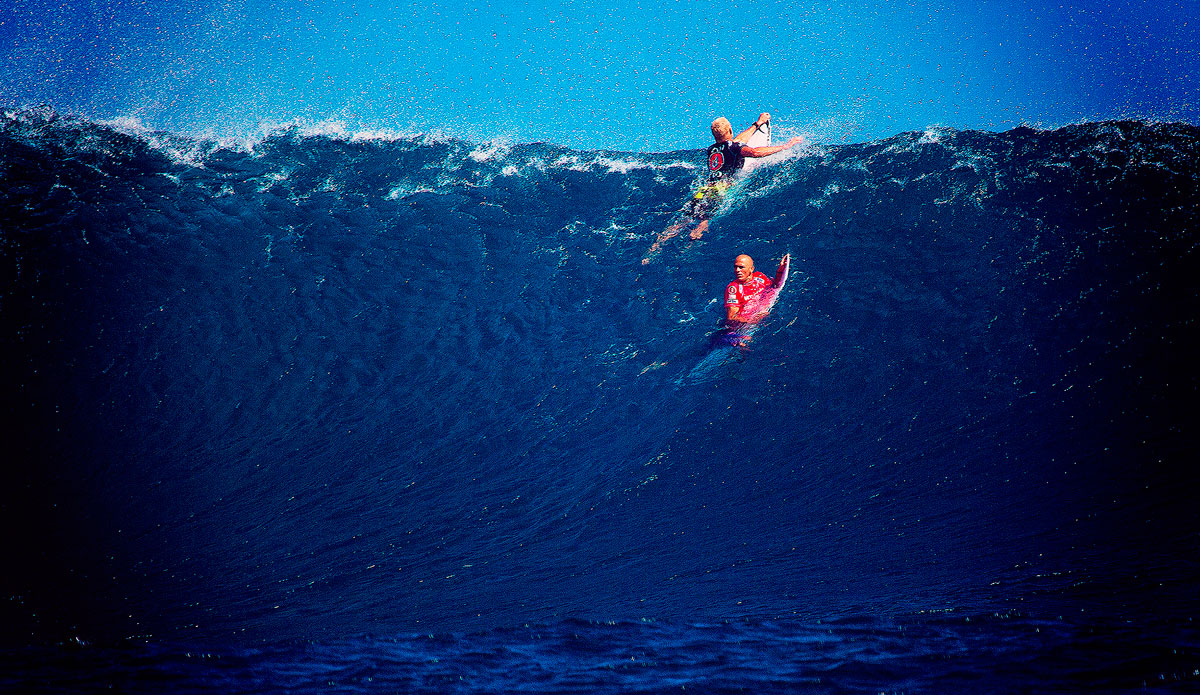 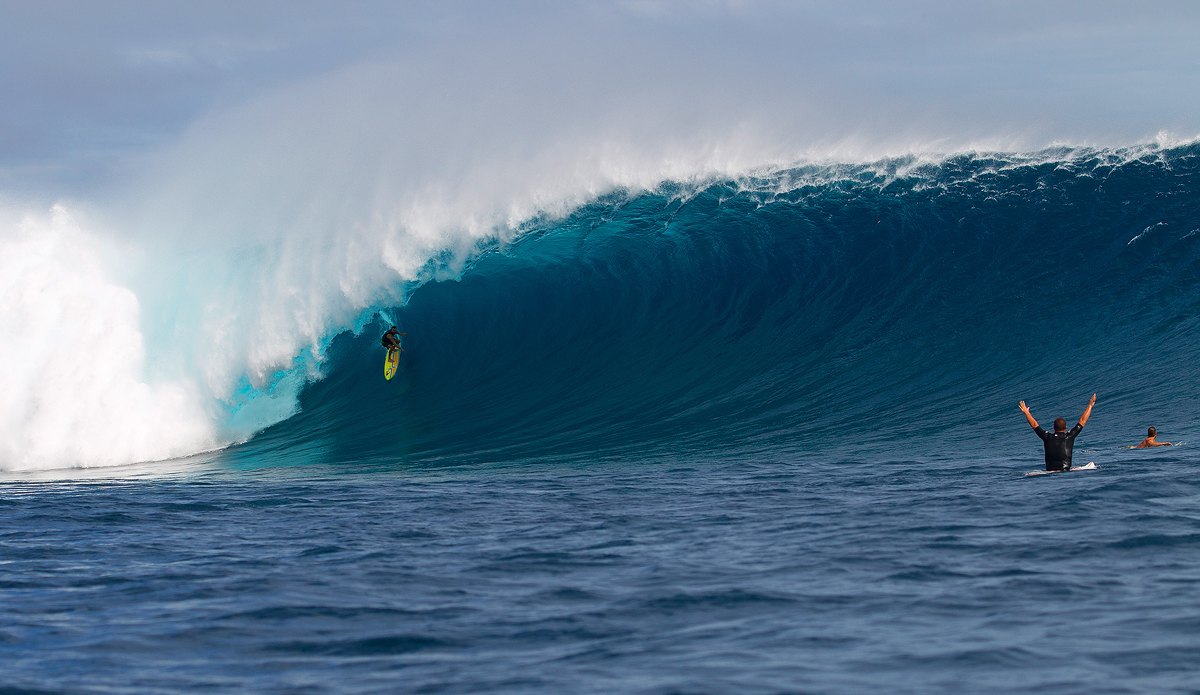 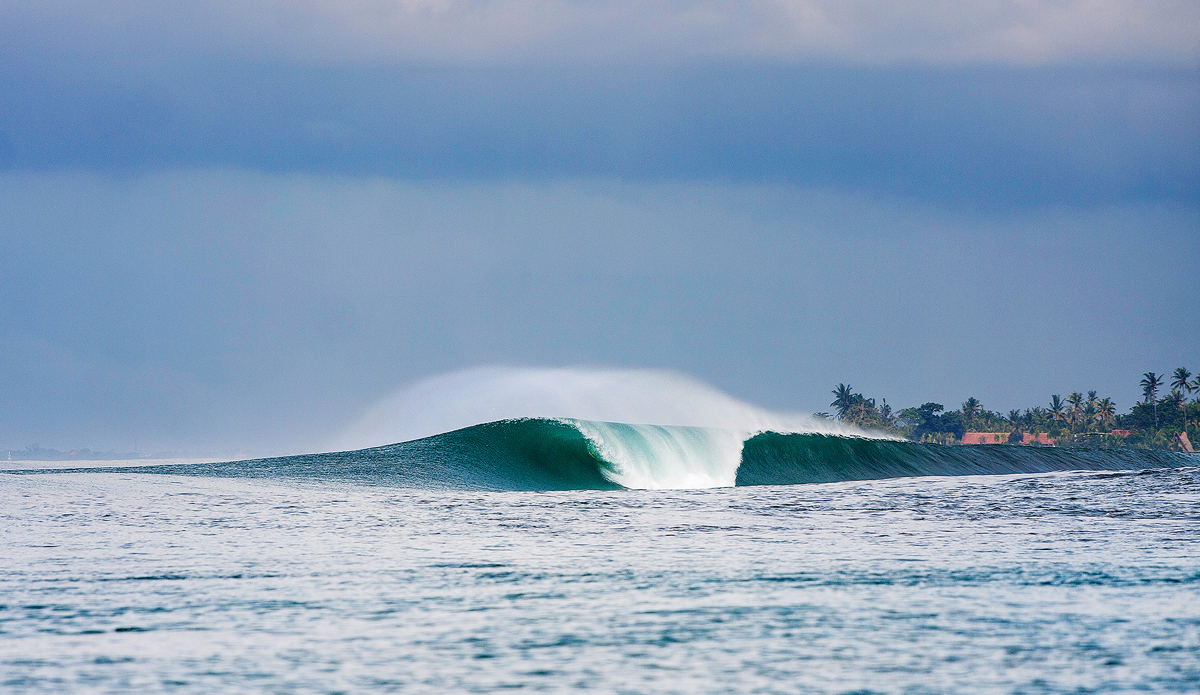 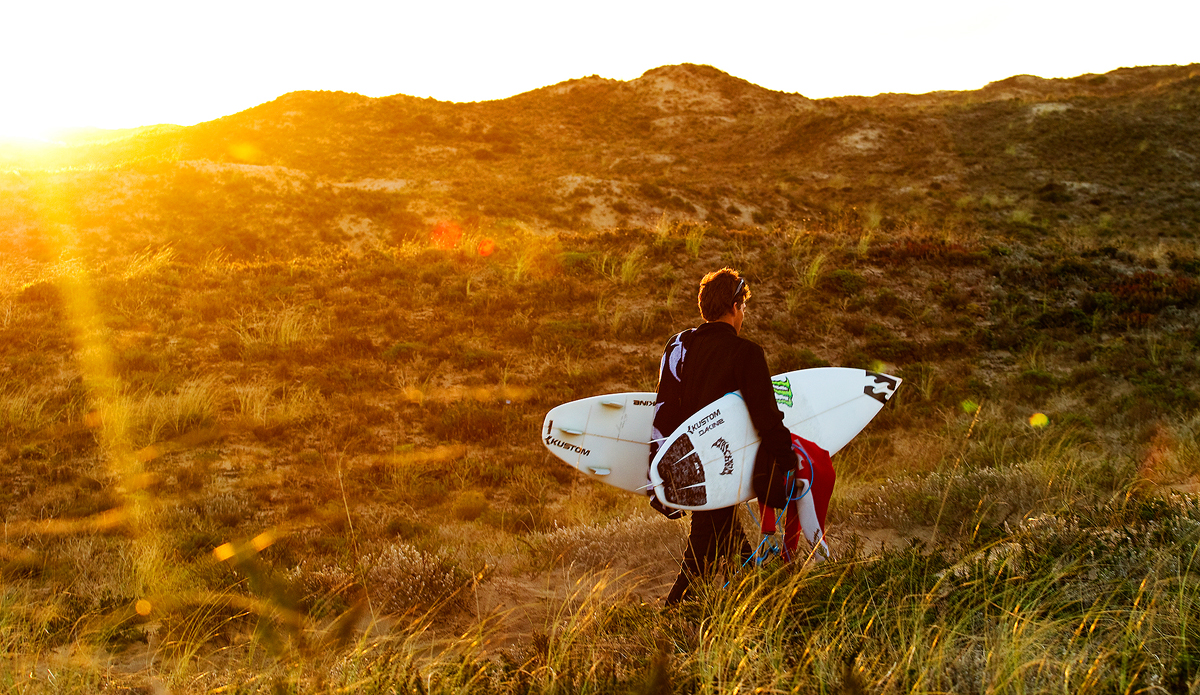 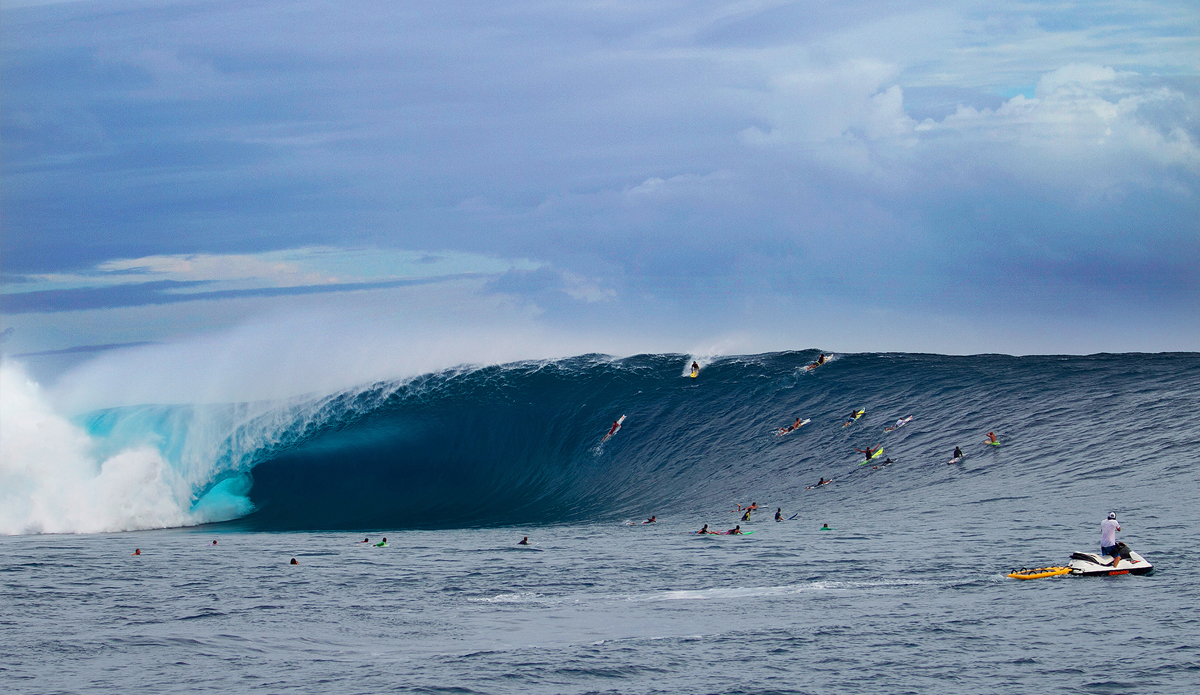 Cloudbreak in all its glory. Photo: Kirstin Scholtz 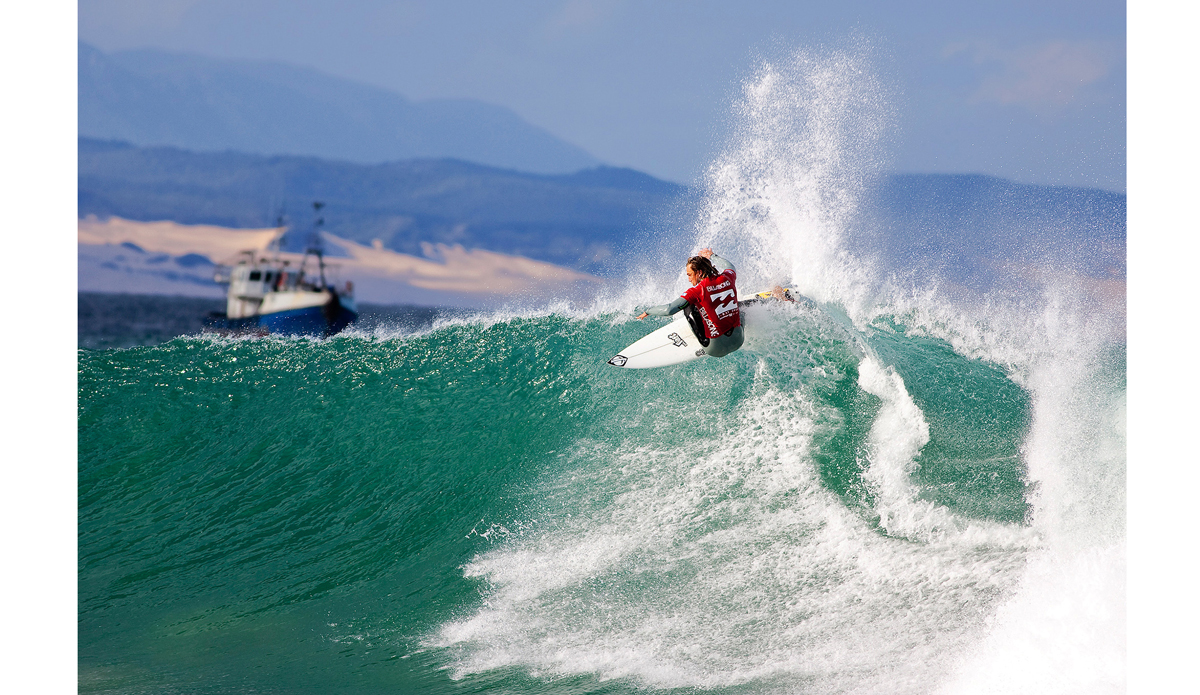 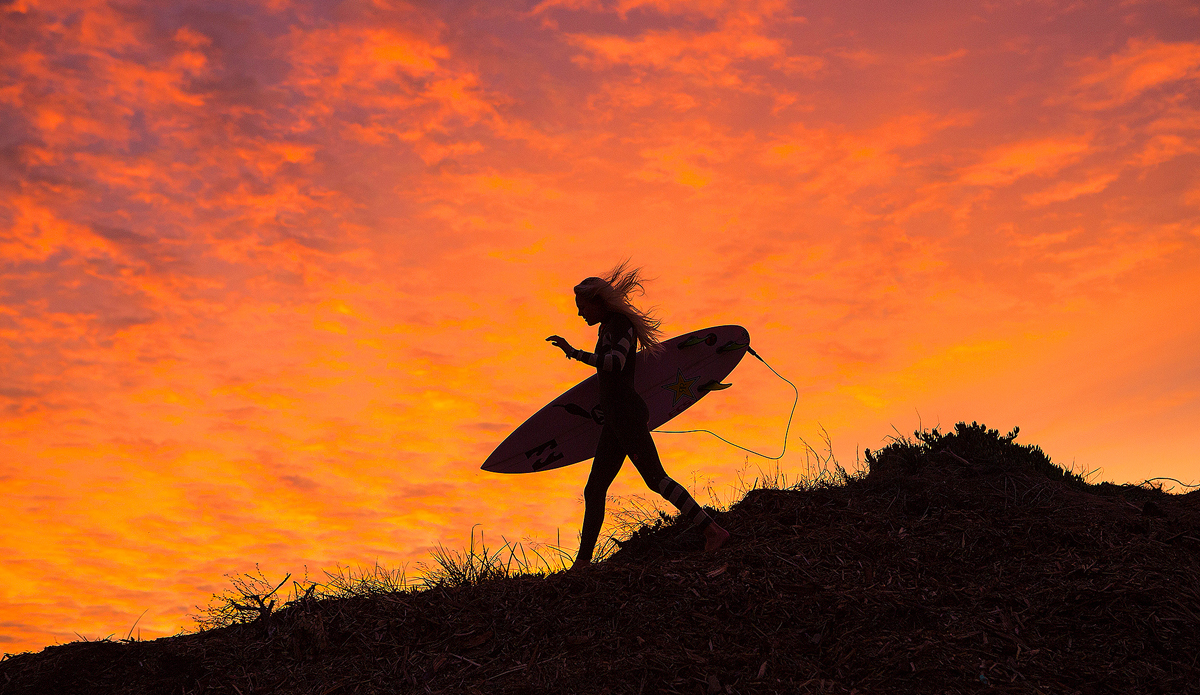 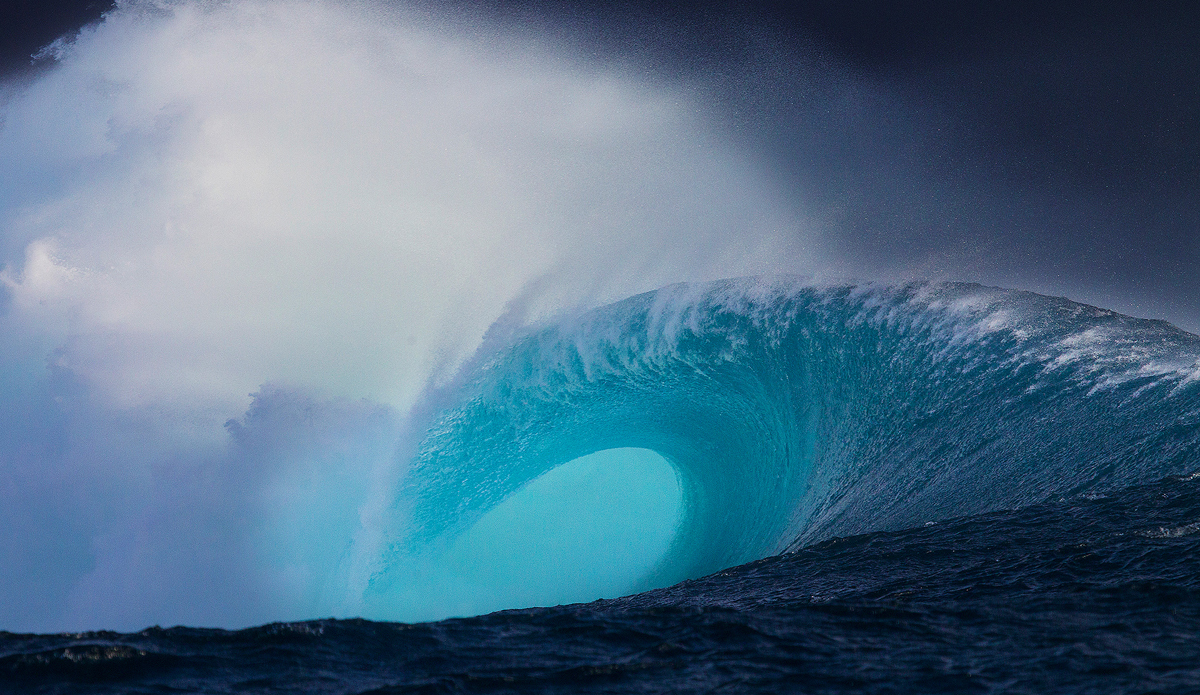 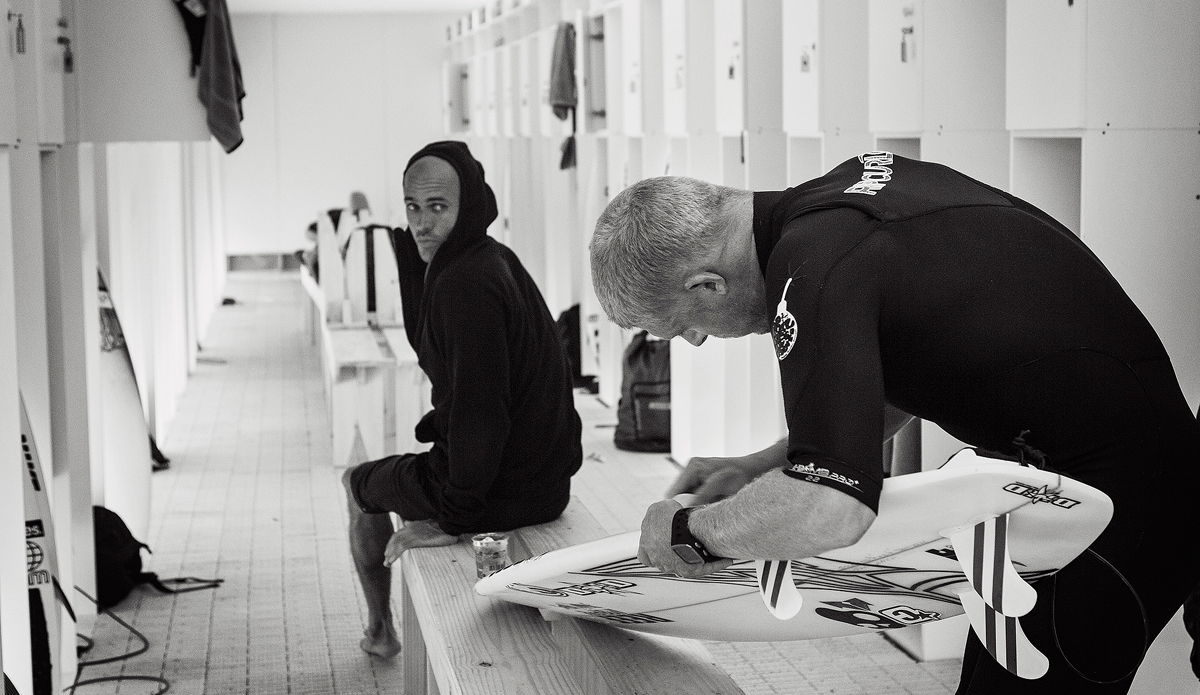 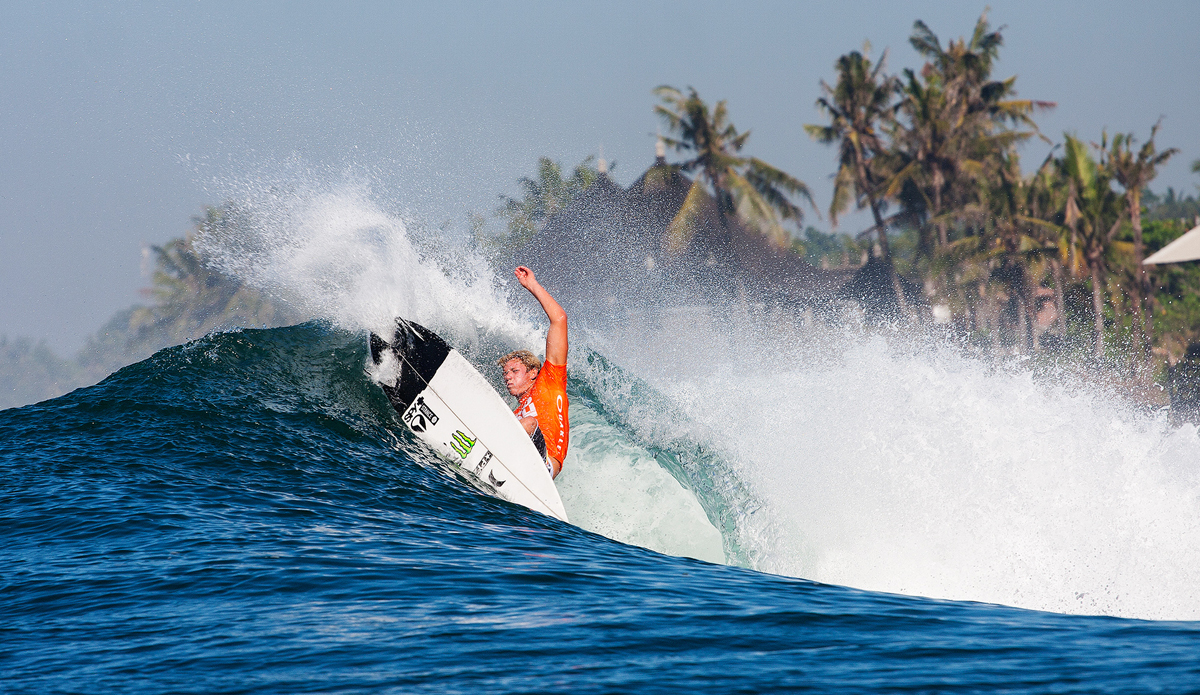 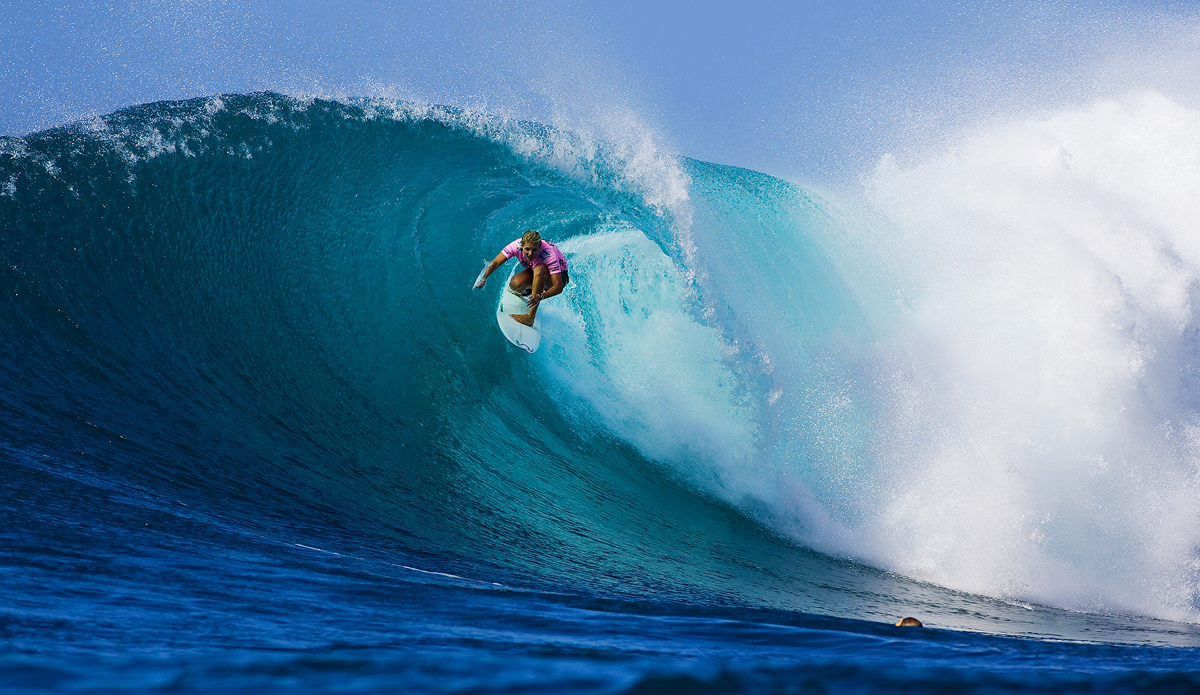 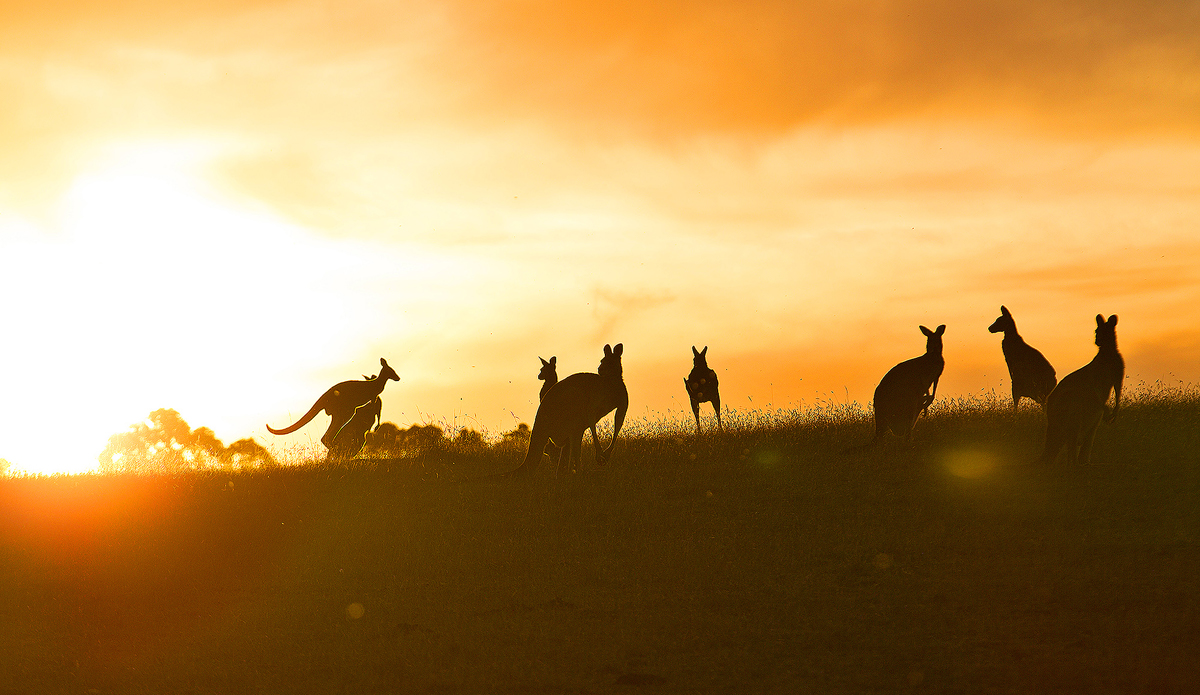 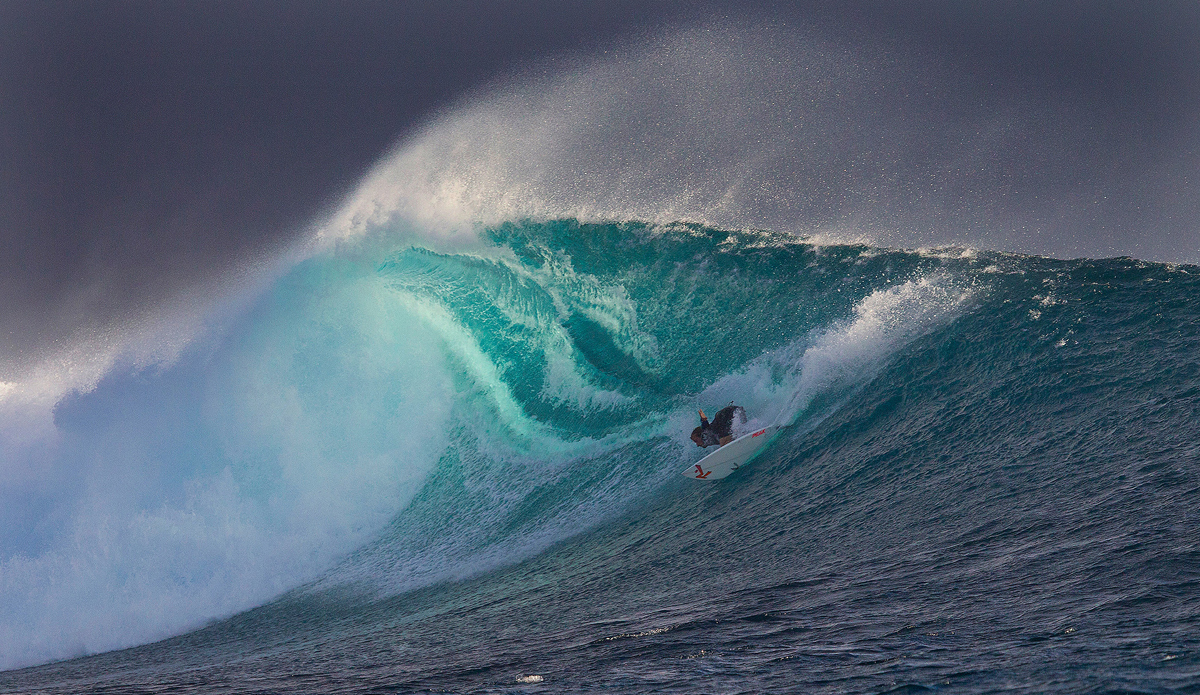 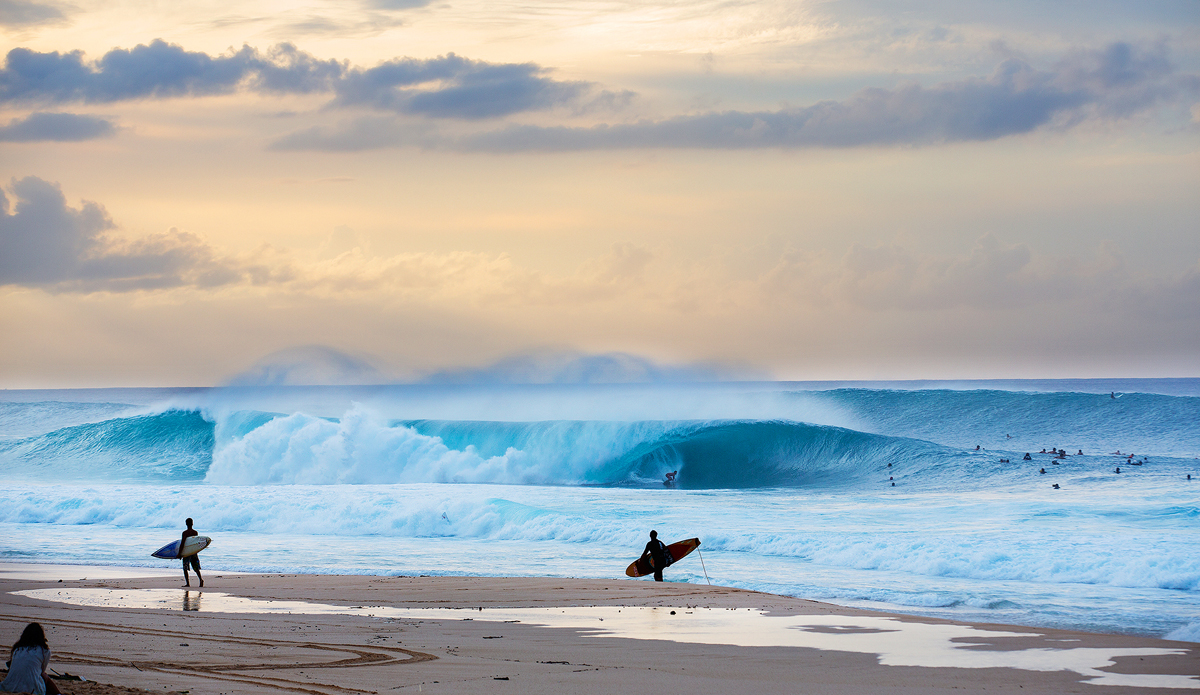 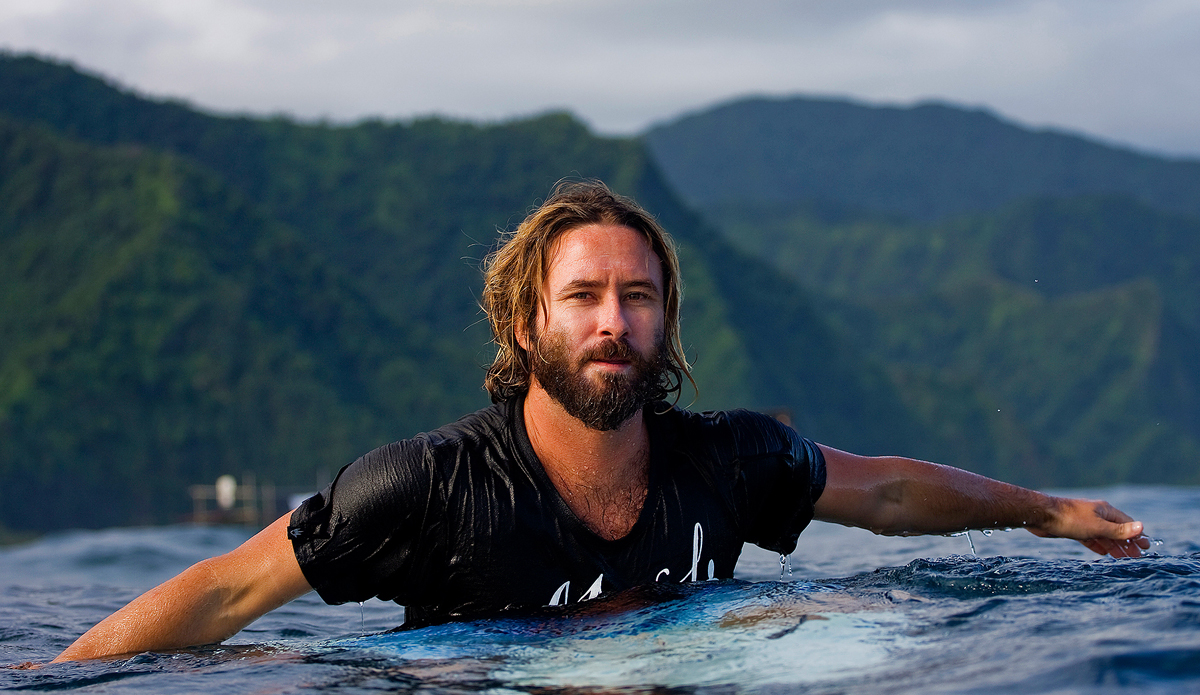 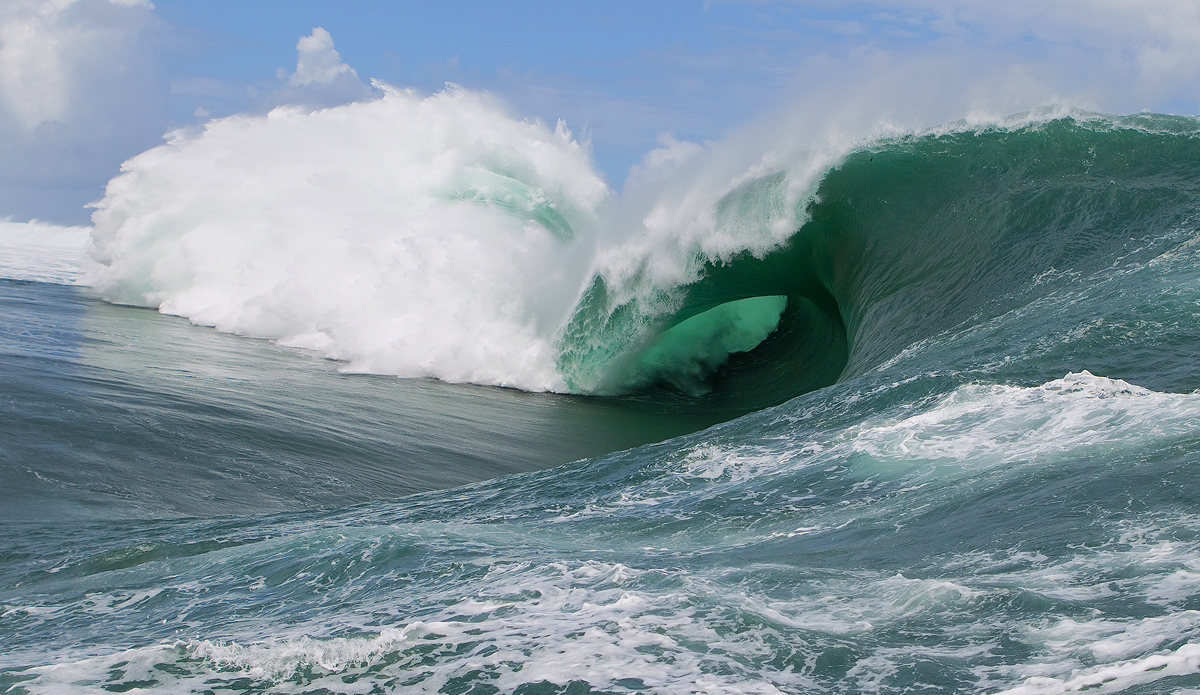 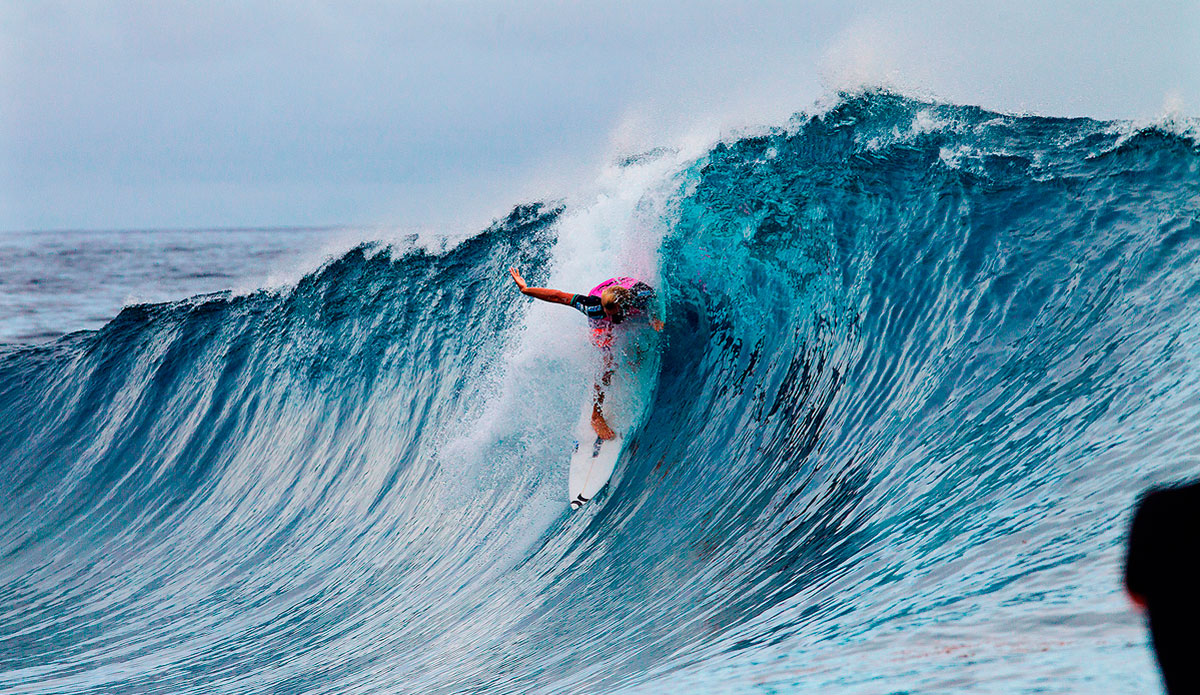 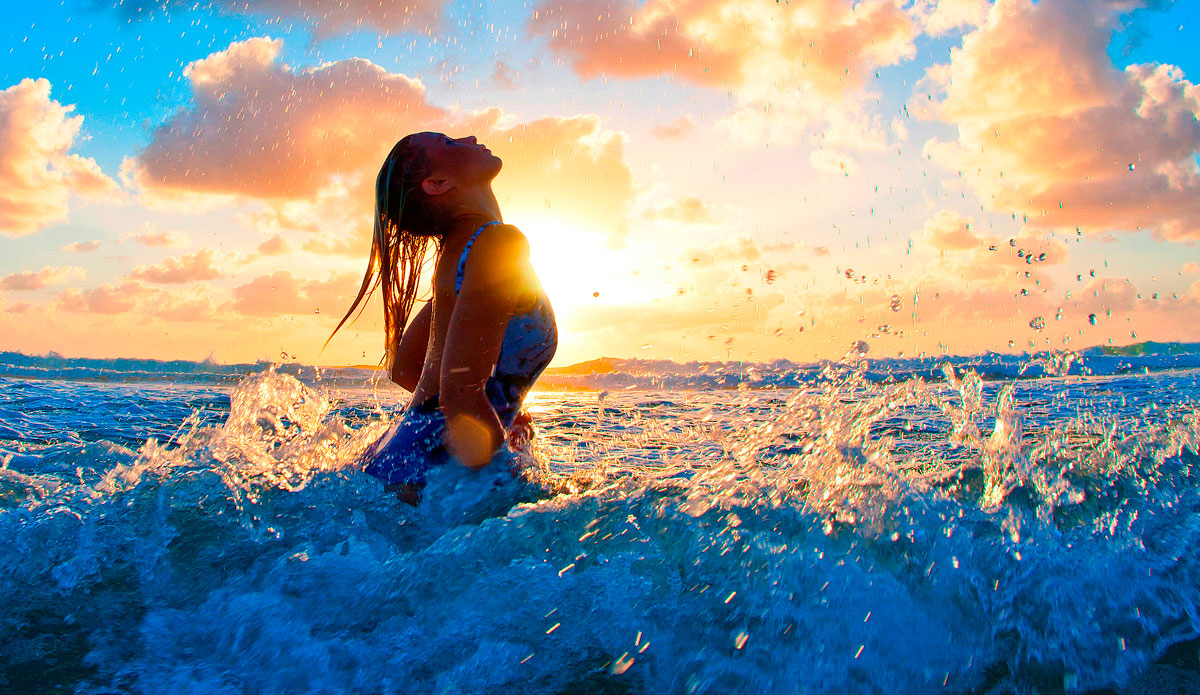 To the sun. Photo: Kirstin Scholtz 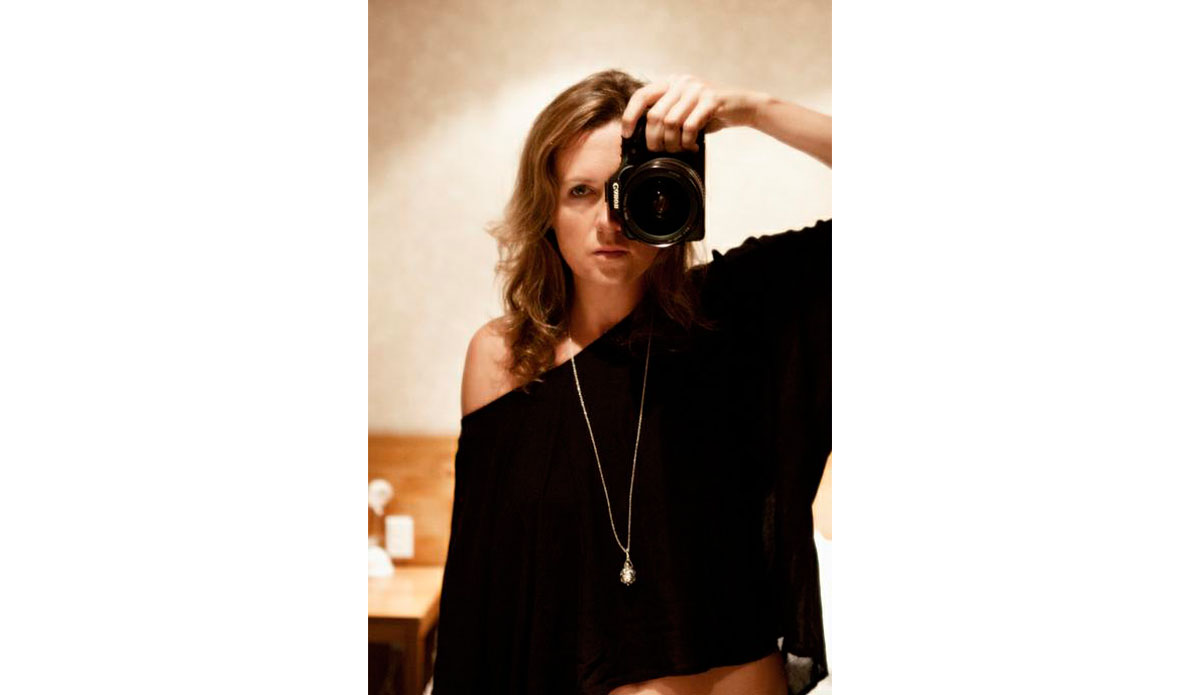 Kirstin Scholtz, behind her desk.

Becoming a professional surf photographer is a tough nut to crack. In one of the most saturated parts of the industry, making a living by taking photos of waves isn’t easy, because everyone with a camera and an eye for angles wants it. What it comes down to, like almost anything else, is a mixture of passion, talent, and a bit of luck. Kirstin Scholtz has all of that in spades.

Scholtz has a dream job. As the Association of Surfing Professional’s lead photographer, she spends her life documenting some of the best waves on the planet. Whether you know it or not, the vast majority of contest photos you see on the Internet are taken by Scholtz.

Originally from South Africa, she speaks with a lilting, delicate accent. She laughs often, and with ease. Scholtz originally planned on being a journalist, but photography was never really on her radar. While getting her journalism degree at Rhodes University, a few things fell into place that would pave the road she ended up on. Because of the way her University program was set up, the first year was spent focusing on photography, while the second was originally going to work on writing. Then some things changed. “I started off with photography and then I was going to do writing the second year,” she remembers. “Then they changed it and made you stick to the first one.” After the head of her department contracted malaria and died on a trip to Mozambique – he was a working photojournalist on assignment – the University assigned an assortment of other professionals to lecture the students. One of them was Pulitzer Prize winner Greg Marinovich, who was part of the Bang Bang Club, a group of struggle photographers that documented apartheid. During one of his lectures, Marinovich said something that clicked. “He was just amazing,” says Scholtz. “He told us that there are so many photographers out there, and to really make it, you really have to find a niche and specialize in that. I surfed, and I was passionate about surfing, so I just started shooting our surf club.”

From there, Kirstin began following Pierre Tostee, who was the ASP’s photographer at the time. “It was just a pipe dream,” she laughed. “I never thought I would end up working on the Tour.” She started off writing press releases and working as an admin at the Billabong Pro Jeffrey’s Bay, signing people in to contests and generally tying the smaller threads that hold a large contest together. But she wasn’t going to stay there for long. She had bigger plans.

Now she calls Melbourne home, although she’s not there very often. One of the trappings of her job is nearly constant travel: ten months out of each year are spent following the World Tour, which, as one might expect, can take its toll. “It’s almost like love/hate,” she told me via Skype from Australia. “You get into this role – instead of seasons, you just have Tour events. Once I’m there, I love it. I get to see incredible things all over the world. You go back to these places, and you know all of your little favorite spots. But at the same time, it’s hard to be away from your life, you know? Your life gets put on hold, and then you go to a bunch of these other little worlds. Then you come back to your life. It definitely has its challenges.”