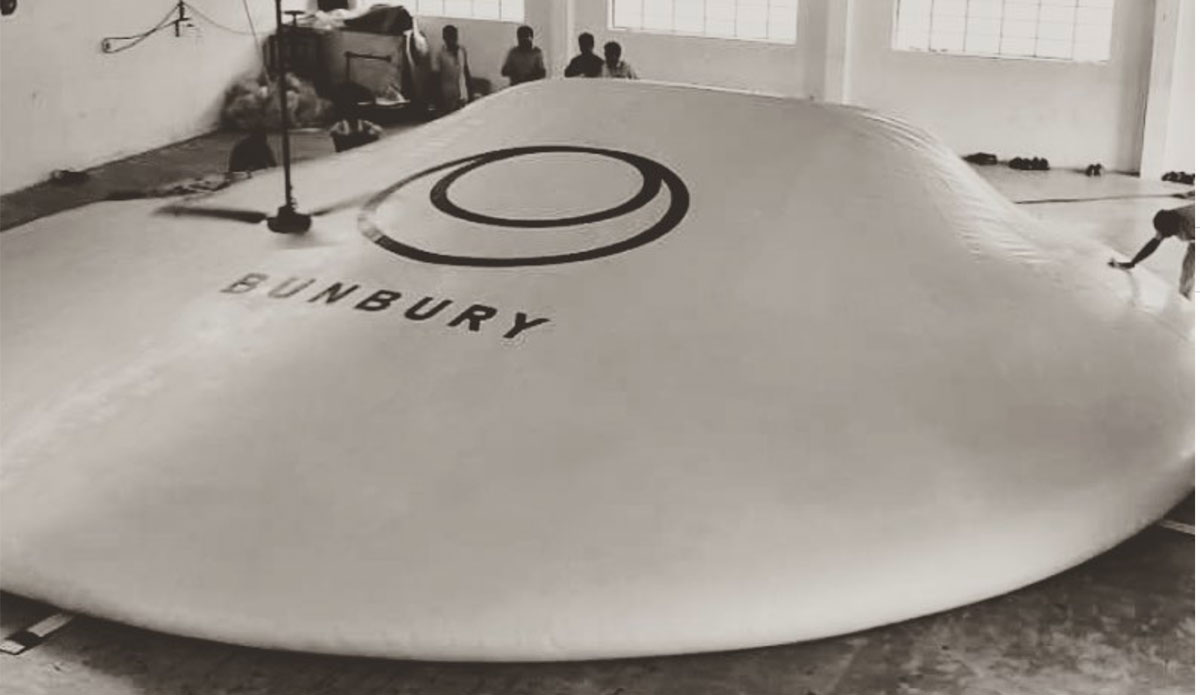 The Airwave inflated to test the strength of all components before it headed to Bunbury. Photo: Airwave/Facebook

The installation of the world’s first inflatable surf reef hit a literal snag on Friday afternoon. Airwave, a giant bladder that anchors to the seafloor, tore when workers were putting it in at Bunbury’s Back Beach, in Australia’s southwest.

The Airwave, for those unaware, is a big rubber bag that (hopefully) creates waves. It’s about 7-feet high and 40-feet wide. The goal is to stick one at a beach with lots of swell but that lacks the correct bathymetry, thus creating a surfable wave and watering down crowded breaks all over the world.

The City of Bunbury thoroughly believed in the idea and chucked $75,000 at the prototype. The thought was that maybe, just maybe, they could drag some of the surfing tourists from more surfy places like nearby Margaret River.

A little over ten years ago, Bottegal came up with the idea while sloshing around in the bathtub. “Above him, a dome light fixture was screwed into the ceiling,” wrote Dylan Heyden. “In a fleeting moment of earnest curiosity, Bottegal wondered how changing the bathymetry of the tub using that dome might change how the waves he was making broke. When he plopped the dome in the water, he ran his hand toward it, creating a perfect A-frame.”

Now, a few crowdfunding campaigns and all these years later, Airwave is finally becoming a reality. But like anything new, there are bound to be a few hiccups. The tear was first spotted by a diver on Friday afternoon. “We had a lot of undertow,” Bottegal told ABC News. “A new swell came through that was a very deep swell that we weren’t planning on, and it was pushing the undertow through the line-up. It’s torn along the seam — it hasn’t torn the actual rubber, which is very strong.”

Bottegal isn’t fazed, however. The installation is 90 percent complete, and if the bladder can’t be repaired, another Airwave will be whipped up and sent out. That would delay the project by a month or two, but Bottegal says he’s “100 percent” confident the project will get done.