An Interview with Rob Machado 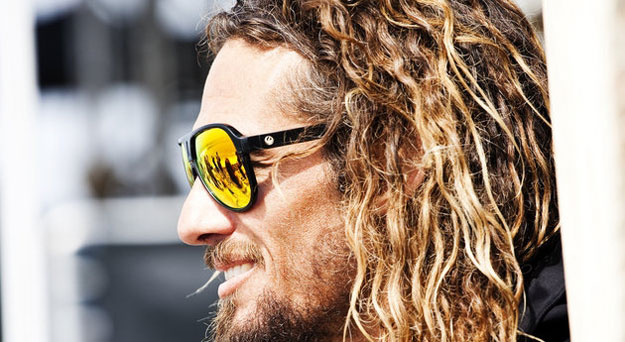 Rob Machado is in a very select company of surfers. One one hand, you can call him one of the greatest competitive surfers ever for his numerous accomplishments. On the other hand, you can say Machado is currently the most popular free surfer in the world, with throngs of fans showing their support by watching his surf films and supporting his philanthropic involvements. It is these achievements that helped Machado gain induction into the Surfer’s Hall of Fame in 2000.

On top of all his surfing exploits, Machado is also making a name for himself as a talented musician. Currently capitalizing on his popularity as both a surfer and musician, Rob is did what few before him have done: Toured the country with his band, Melali Sessions Band, to perform as the live soundtrack for his new surf movie Melali: The Drifter Sessions.

Cyrus: I’m here with Rob Machado, one of the greatest surfers in the world.

Cyrus: So far, how’s the tour with your band, Melali Sessions going?

Machado: It’s been great. We’re only three shows in. We started in San Diego, kind of just down the street from my house, which was awesome, and then Orange County and Santa Barbara. The shows have been really good so far. It seems like every night we gel a little bit better and get more familiar with the tunes. It’s been really fun.

Cyrus: How long has your band been together now?

Machado: In Five Summer Stories, the band actually played on stage while the movie was playing and tried to recreate the soundtrack. That was the concept going into making the movie. We pulled together all these sessions we had during The Drifter filming, and went, “Wow, we have all these really cool sessions.” Then it was like, “Oh, let’s make a movie.” And then, “What about music?” Music is a big deal, and there’s always money involved. So I just said, “I’d rather spend the money on pulling a group of incredible musicians together to create our own soundtrack together.”

Cyrus: Have you been a musician for a long time, or did you get into it late?

Machado: I started playing guitar when I was fifteen or sixteen. Actually me and John started around the exact same time. We’ve been friends for a long time.

Cyrus: Everyone knows you as the San Diego Cardiff guy, but you were born in Sydney, Australia, correct?

Machado: That’s true. My parents lived in Australia for fifteen years, and at the end of that stint I was born. I moved back here when I was three or four.

Cyrus: Are your parents surfers? Did they get you into the water?

Machado: Gosh, that’s a tough question. For me, it was just being passionate about something. Falling in love with doing it, and just doing it because you love to do it. I remember running down the beach every single day to go surfing because I just wanted to get better and experience more. Different waves, different boards, everything. And then it just evolved. I’m really stoked. I wouldn’t trade it for anything. I feel like I have one of the best jobs in the world.