And the 2017 Surfing Walk of Fame Inductees Are… 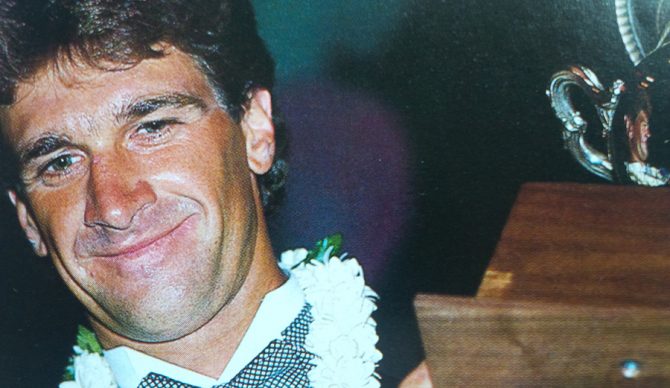 The votes have been tallied and a new class is ready to enter Huntington Beach’s Surfing Walk of Fame. Hand picked by a myriad of former professionals, current inductees, and journalists, the 2017 honorees will be recognized on August 3, 2017. With hundreds of candidates, the judges narrowed it down to one surfer in each of The Walk of Fame’s six categories.

The Walk is the only recognition in surfing to award specific categories and require a ten-year gap following a nominee’s commemorating achievement. Honorees will be cemented (literally) next to past inductees, earning a permanent place in the pavement along the corner of Pacific Coast Highway and Main Street.

“With surfing headed towards the Olympics, it’s exciting times for the Surfing Walk of Fame as we move into our 24th year,” said Don MacAllister, chairman of the board of SWOF. “We are pleased to have such a distinguished group to represent the surfing world this year.”

So without further ado, here is your 2017 Surfing Walk of Fame: 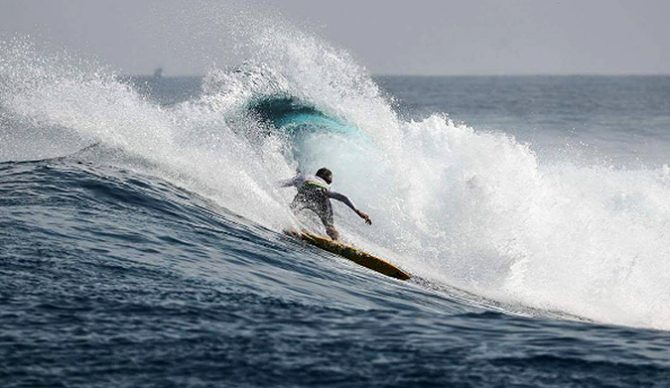 Nominees in this category have held a world championship and/or world class event title specific to Huntington Beach. 1988 World Champ Barton Lynch headlines the group following his new role on the WSL’s broadcast team. The Aussie goofyfoot toured for 15 years and accumulated 17 Championship Tour wins, which included victories in the 1987 and 1991 OP Pro in Huntington Beach. 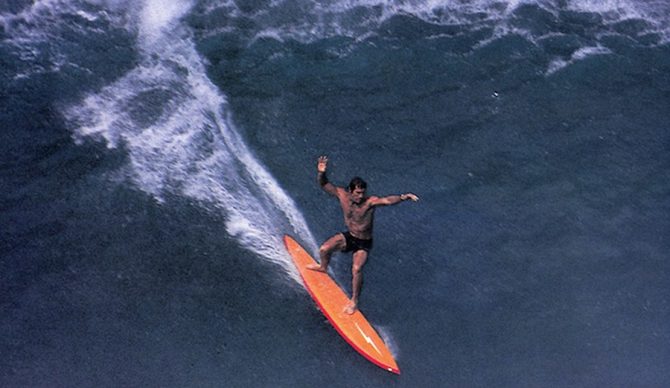 Surf pioneer nominees achieved surfing fame as respected and known surfers before major championships were a thing, with the stipulation that they must either be at least 50 years old or deceased. Jeff Hackman, the Pipeline Masters Champion of 1971, became the first non-Australian to win the esteemed Bells Beach trophy in 1976 during the first year of the professional World Tour.

This category is dedicated to the arts and industry influencers, with inductees having helped create and define surfing culture as we know it today. Jenks is a surfwear innovator who conceptualized the beachgoer lifestyle and modernized it with the brand Ocean Pacific. Although he began as a surfboard dealer in the 1970’s, he was more taken by the obvious need for performance-based board shorts. Just like that, surfing had a new fashion movement. Jenks was also instrumental in the comeback of competitive surfing in California with the OP Pro in Huntington Beach.

Pam Burridge (Woman of the Year)

Woman of the year can be any female who meets the qualification in any of the following four categories: surf champion, surfing culture, local hero, or surfing pioneer. Pam Burridge earns this year’s honor for her 1990 World Championship and 15 World Tour event wins.

This one is for the HB locs, having lived in Surf City, USA for at least 10 years, graduated from Huntington Union School District, been a finalist in the surf champion category, been a contributor to Huntington’s massive surf culture, or won a championship at the annual city championship. Reyes gets this accolade the old-fashioned way, growing up in the area and graduating from Edison High in Huntington.

Members of the Honor Roll are recognized for making important contributions to surfing but do not qualify under any of the specific guidelines for other categories. It’s the only category picked directly by the Walk of Fame’s board of directors. Garland, Gabrielson, Hill, Allen, and Verdone are awarded the Honor Roll spot as the Huntington Beach High School 50th Anniversary Surf Coaches.