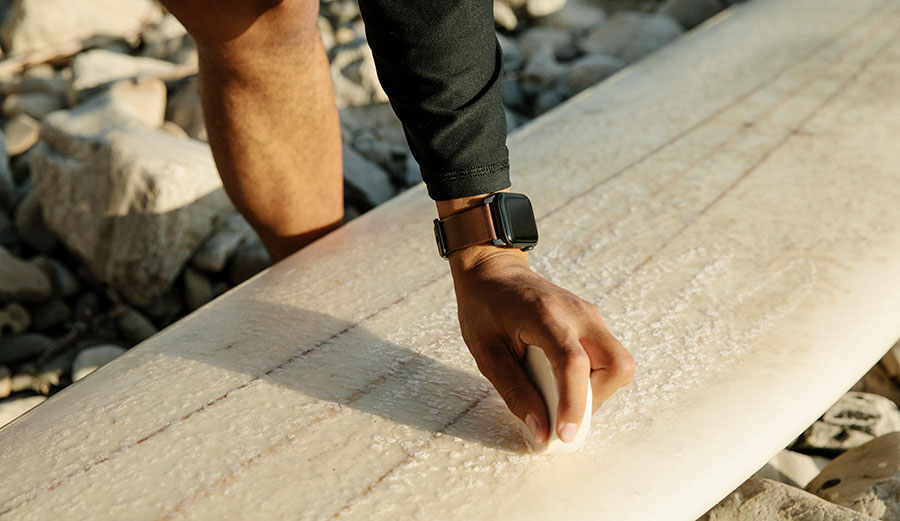 The Apple Watch can be a fantastic surf watch. Who knew? Photo: Nomad

When it comes to fitness tracking watches, the Apple Watch is most people’s go-to. It’s simple, sleek, and easy to use. Other watches seem to have overcomplicated things a bit; bulky faces and confusingly complicated surf-related metrics. But the Apple Watch is one of the best on the market when it comes to gathering metrics and data about your body and how far you push it.

It’s already water resistant up to 160 feet (which, if you’re surfing, is a depth you definitely should not be reaching), already has a depth meter, and already has an on-board GPS system, so it only made sense that someone would come along and create something that turned the Apple Watch into a surf watch.

Back in 2016, a little app called Dawn Patrol hit the airwaves. It’s an app built for the surfer who wants to know pretty much everything about a session. Tracking and counting waves, measuring the distance surfed, top speed, surf forecasting, heart rate, calories burned… everything. It’s also compatible with Apple’s Health and Activity apps, so if you’re into measuring exactly how healthy you are, it’s perfect.

Despite the fact that the Apple Watch has a relatively slim, delicate look, the watch itself is surprisingly durable. Matt Bromley, that big-wave mad man, wore one (with a Nomad Rugged strap) at 50-foot Jaws. He wore it again later on that week to test it out at 40-foot Maverick’s. Nomad’s Apple Watch straps are designed to do two things: give your watch a unique look while providing something that’ll stand up to pretty much anything you can throw at it.

“So far the Apple Watch has been super resilient to wipeouts and being pushed deep under the water, which is quite unique for such a high tech watch,” Bromley said, “I had two of my worst wipeouts at Jaws and at Maverick’s on the days of the year. I got so violently rattled under the water, and the Nomad Apple Watch strap showed no signs of coming undone. I’ve really put the straps to the test, and they are so comfy. But more importantly for me, strong.” 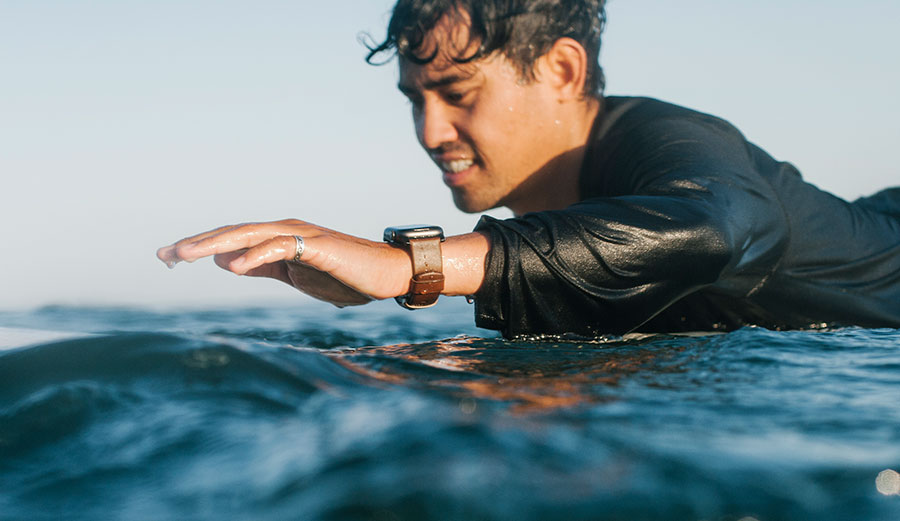 The Apple Watch already had the bones of a great surf watch built in. It just needed a little help… and it got it. Photo: Nomad

There was one particularly bad wipeout that Bromley endured that, if something was going to break, it surely would have broken. It was one of the biggest waves of the day, and Bromley air-dropped into it. “I landed with my foot on the rail instead of the middle of the deck, which sent me turning the wrong way,” he remembers. “The lip of the wave landed right on the back of the board. The wave hit me so hard and pushed me so deep, that I was certain both my ear drums were going to burst. I pulled my vest twice and surfaced. I got one quick breath in before the next monster hit. And then got pushed so deep again. Luckily, the third one washed me out of the danger zone. I felt so relieved and powered up after surviving such an intense situation.”

If, after all that, both the Apple Watch and the Nomad strap that held it on didn’t break, it’s likely that the average surfer who wants to track a few waves won’t break them, either. They’re designed to give your Apple Watch a bit more of a rugged look and ease some of that worry that the stock Apple Watch strap won’t snap off when you’re in the middle of your next adventure.

In another much-needed bonus of the Dawn Patrol app, you can choose your own face design. Custom watch faces that include swell height, direction, period, tide, and water temperature are all included, and because the Apple Watch has GPS built right in, it automatically figures out where you’re at and updates the swell forecast for the nearest wave.

All things considered, the Apple Watch, if you’ve got a decent strap and a decent app, is one of the best surf watches you can find — and in a market that’s flooded with surf watches, that’s saying a lot.

See more about the Apple Watch as a surf watch here.