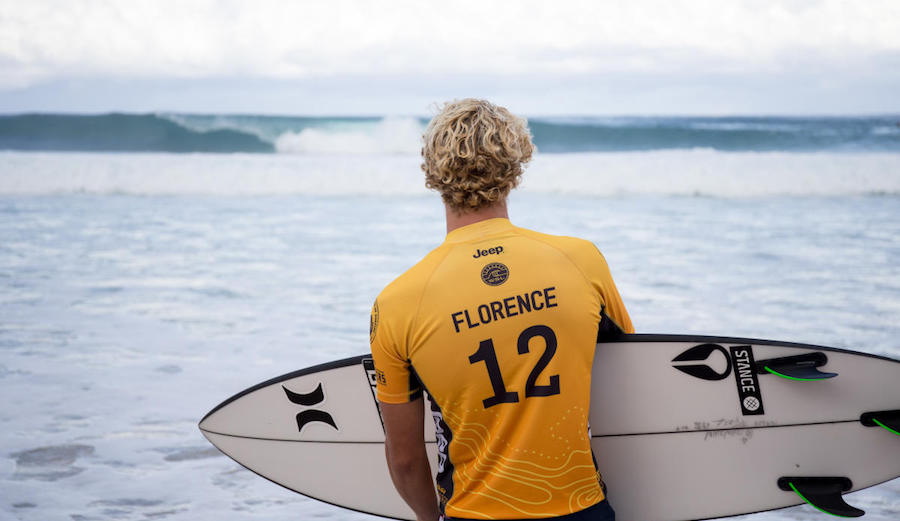 The man who puts surfboards under the feet of the reigning world champ is excited about the future of more sustainable surfboards. Photo: WSL

The surf industry is in the throes of what you might call a “great awakening.” That is to say, surfers are increasingly aware of how the products they use – wetsuits, surfboards, etc. – to play in nature are simultaneously harmful to it. Polystyrene, polyurethane, and neoprene are just a handful of petroleum-derived inputs that any ocean enthusiast worth his salt will quickly recognize. And activists and consumers alike are in turn demanding accountability from the corporations they patronize for products that are at the very least less harmful to the ocean. At the same time, companies are innovating and seeking to answer that demand – case in point Marko Foam and Arctic Foam’s recently announced partnership that in which Arctic customers will now be able to order any of Marko’s extensive EPS catalog.

Marko Foam and Arctic Foam are two major players making surfboard blanks that have been coming at the sustainability angle from different directions over the years. Marko, a global leader in EPS (that’s expanded polystyrene), has changed the game with their Enviro-Foam blank made with 25% recycled EPS foam. Arctic, meanwhile, together with UCSD developed the world’s first algae-based blank several years ago, and makes PU blanks for top shapers like Jon Pyzel. The recently announced partnership means that shapers previously unable to get Marko Foam – predominantly Hawaii, South and Central America, and Europe – can now order Marko blanks through Arctic.

In a press release on Tuesday, Marko announced the partnership marries the only two ECOBOARD certified foams on the market. “With the rising demand for quality and sustainable surfboard materials, many shapers across the globe are beginning to adapt to new sustainable methods and materials,” reads the release.

Previously, Marko’s issue getting EPS blanks to Hawaii and Central and South America has been that PU is still so popular that companies are reticent to order a full container of EPS blanks from them, explains Kyle Lawrence from Marko. Now Arctic will be able to send out containers of EPS and PU blanks to shapers in those areas.

“We are extremely excited to join forces with Marko,” said Marty Gilchrist, Arctic’s Head of Business Development. “Our goal has always been to make the best PU surfboard blanks in the world and Marko shares the same philosophy in regards to EPS blanks. So this partnership is a perfect match.”

Since it first hit the market, critics of EPS have argued it doesn’t perform as well as PU – a claim that good pal of ours, Ryan Harris, says is bullshit. Need proof? Look no further than Jon Pyzel who shapes the magic sleds under John John’s feet.

“After many years of using their foam, we are excited to have Marko Foam easily available to us here in Hawaii,” said Pyzel about the partnership. “Marko has set the industry standard for a long time now and is always looking at ways to improve. We are especially excited about Marko’s recycled foam and its contribution to help create a more sustainable surfboard.”