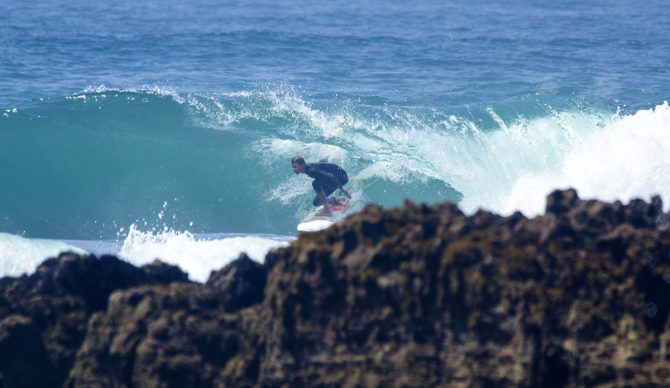 I noticed a guy in the distance starting to paddle out as I sat waiting for the next set to roll in. I quickly recognized the big smile and the life vest this newcomer to the lineup was wearing. It was a young man by the name of Arran Strong.

I have known Arran since I moved to Ericeira, Portugal almost three years ago. We regularly surfed the same spot and one day we found ourselves as the only two in the lineup. We got to talking and I remember him being exceptionally stoked because he’d just received a wildcard for a contest in Australia. He was just a teenager at the time but even then I knew there was something special about him. My intuition told me there must be a story behind his big smile and his positive attitude.

After sharing my own story of a car accident that nearly took my life, Arran began to open up about his own past. It turned out we shared more than just a passion for surfing.

When Arran was three months old, he was diagnosed with Alpha 1 Antitrypsin Deficiency (Alpha-1), a genetic disorder that can result in severe lung or liver disease. It can lead to complications such as emphysema, chronic bronchitis, or cirrhosis of the liver. So Arran’s first years of life were a struggle, going in and out of hospitals for tests and check-ups. While Arran was lucky to have a stable level of Alpha-1 — affording him a relatively “normal” life — he knew from a young age that could change at any time. When Arran was just seven years old his mum brought him to a surf school for the first time. And that’s when the ocean became his home and his safe place.

“I love the ocean,” he says. “It is the only place where I don’t really think about my disease and where all my worries disappear. It’s my getaway.”

When he was 10, Arran started competing and by 13, he moved to Ericeira. He quickly improved from local competitions to the European Pro Junior Tour. And in 2017, Arran finished 5th in Europe’s U18 and was invited to represent Great Britain in the World Juniors in Australia. Today, at 20-years old,  he’s charging bigger waves and competing around Europe. He doesn’t feel like he has had any major limitations from Alpha-1, but surfing definitely helped him overcome the disease in many different ways.

“It is the freshest air, it’s good for your respiration, it’s calming and it is curing for me to be surrounded by water – it is a place where I can forget about all my problems.”

The ocean’s also become a place where Arran can challenge his fears and go after what he wants. Growing up with Alpha-1 and possessing a passion for surfing has helped him realize how lucky he is. It also taught him that he had a desire to help others overcome their disease and spread a positive message, allowing more people to speak up about their own challenges. So in 2008, Arran’s mum started the Happy Air platform and the Lovexair Foundation to help people dealing with respiratory diseases. The platform helps patients track their health and creates a link between doctors and patients, making it easier for patients to look after themselves. Arran’s mum didn’t put any pressure on her son to join the foundation, but with a burning desire to help others, he decided to become an ambassador for the foundation in 2017. 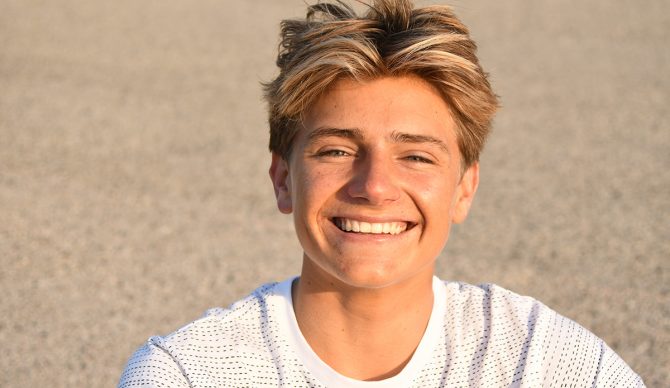 “It is the freshest air, it’s good for your respiration, it’s calming and it is curing for me to be surrounded by water.” Photo: Reinaldo Andrade

“I want to help people overcome it and give them confidence that it is possible. I think it is important to put awareness on it, so people aren’t afraid of sharing their feelings or whatever they are having trouble with.”

Last year Arran went on a surf trip with another Alpha-1 patient. Even though he had never met the guy before the trip, it was a very intense and powerful experience for him. Being with someone who had been through the same struggles gave them an instant connection, a mutual understanding of each other that Arran hadn’t experienced before. This taught Arran how important it is to speak up and share, and how powerful and healing it can be to connect with someone who is going through the same challenges.

Learning about Arran’s story is another great reminder of how important it is to share our feelings and experiences, even when it hurts, and how much we can learn from each other if we dare to open up. It is also a reminder that we can’t always control what happens to us but we can control how we choose to deal with it. Despite his disease, Arran chose to live his dream and keeps challenging his fears instead of giving in to them.