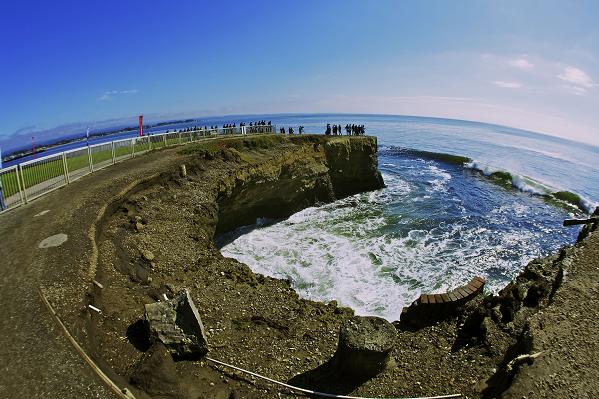 The O'Neil Cold Water Classic series, which has been running as prime events for some time now - will join the World Tour in 2012 and will be the second-to-last-event next year before Pipeline. Photo: ASP

With just one event left on the 2011 ASP World Tour Calendar, the ASP has released the upcoming 2012 schedule:

-The Tour makes its return to Fiji in June for the Volcom Fiji Pro – the first WT event at Tavarua since Kelly Slater won the Globe Pro in 2008 – it will be Volcom’s first ASP World Title event. Volcom holds a license agreement to host the Fiji Pro for three years, between 2012 through 2014, with the potential for further extension.

“We are all very excited about the opportunity to host our first ever ASP World Title event in Fiji,” Richard Woolcott, Volcom CEO, stated in a Volcom press release. “Having the contest at Cloudbreak, or even Restaurants, is a perfect fit with Volcom’s long history with Tavarua. This is a major step in our surfing program and it’s great to be able to support the tour and its athletes with an event in world class surf.”

-Dropped from the 2012 schedule is the Rip Curl Pro Search – a Tour staple since the premiere Search event at Reunion Island in 2005, but the event is planned to return in 2013. This year during the Search, Kelly Slater clinched his 11th World Title (twice!), his first on U.S. mainland soil.

“We are taking a year off from the front line of running the event and putting a solid 18 months into the planning of the 2013 Rip Curl Pro Search. To take the Search to the next level is always the goal. We do that every year, but following San Francisco and the twist it delivered to the surfing world we feel we need more time and care to really blow minds,” said Rip Curl’s Neil Ridgway in the ASP schedule release. “In that time we have had everything from ASP world titles to underworld rip offs, terrorist alerts to perfect tubes, great personal and professional difficulty and epic celebration parties. This event more than any other combines the discipline of professional sport with the travelling lifestyle and freedom surfers love. It needs to be nurtured so it grows better than ever. A year tending to it in planning is the right way to develop it.”

-The O’Neil Cold Water Classic series, which has been running as prime events for some time now – will join the World Tour in 2012 and will be the second-to-last-event next year before Pipeline. The O’Neill Cold Water Classic Santa Cruz is planned to be held at Steamer Lane in November – around the same time next year as last year’s final event of the CWC series, which Tour-newcomer Miguel Pupo won in a stacked Prime field.

-After the Billabong Pro Rio’s prize purse dropped from $500k along with Hurley Pro Trestles dropping from $455k, the prize purse for all of the World Tour events is now $425,000 – except for the Quiksilver Pro NY, which retains its $1,000,000 prize purse.

For more information on the 2012 World Tour Schedule, including the Women’s event calendar and the Prime Series schedule, at ASPworldtour.com.

*This was the original schedule, which was made publicly available on the ASP’s website. The O’Neill Cold Water Classic event scheduled for next November was subsequently removed, although we have it on good authority that the contest deals regarding the Santa Cruz event will be finalized in the coming weeks.