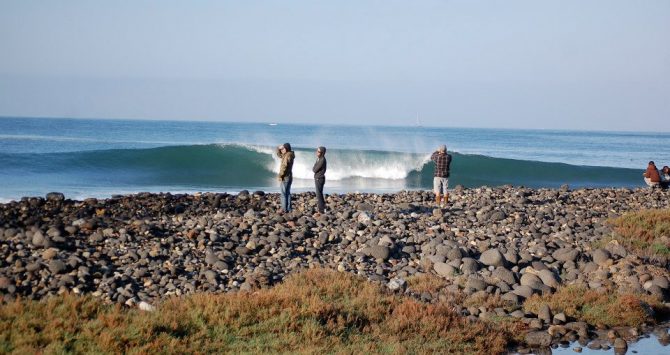 On September 19, Baja California Governor Jaime Bonilla signed into law the establishment of the 169-acre Arroyo San Miguel State Park, just north of Ensenada. The new park, the first state park in the history of Baja California, includes the beach at the famed San Miguel river mouth, a cobblestone point, as well as the riparian watershed of the same name.

“The San Miguel break, which was the first place where surfing began in Mexico, is an iconic site for the surfing community, so we celebrate this decree,” said Eduardo Echegaray, president of the Baja California Surfing Association.

“With this decree, Governor Bonilla has left a legacy for the people of Baja California, and in particular Ensenada,” said Gustavo Danemann, executive director of Pronatura Noroeste. “The Arroyo San Miguel State Park is the first natural protected area to be established under state jurisdiction, and with this, it sets a precedent on the vision we have in Baja California for the protection and public and sustainable use of our landscapes and natural areas.” 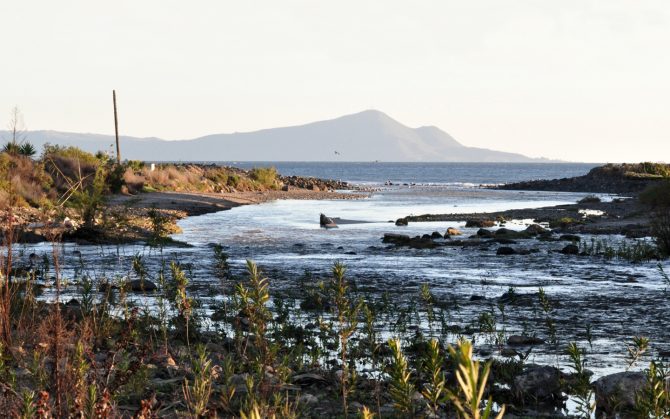 The most important element for surfers is that it restricts development along the shoreline and along the western end of the watershed and is a big victory for the environmental and surfing community of Baja California.

“San Miguel is a very special place for the local community and its legal protection goes beyond the wave,” said Mara Arroyo, Surf Protected Area Network Manager for Save The Waves.

The next step for the park is to develop a management plan, especially a watershed management plan to help manage sediment and address coastal pollution concerns. 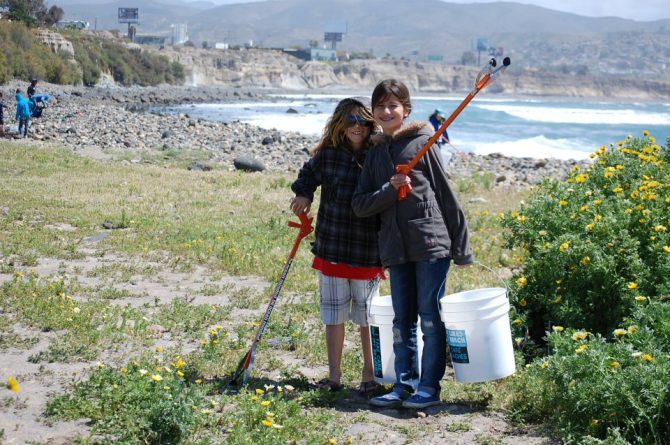 Community cleanup prior to a surf contest at Arroyo San Miguel State Park, Baja California, Mexico. The Ensenada surf and environmental community have been very involved in the development of the state park and the protection of the surf break, wetland, and watershed. Photo: WILDCOAST