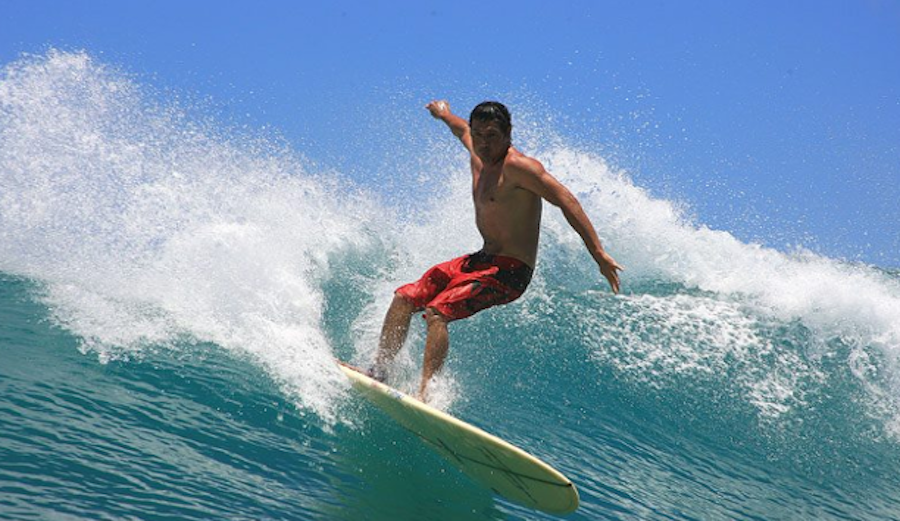 What a way to go out. Beloved surfer, waterman, and photographer Jeff “Mana” Walthall, 47, mysteriously collapsed and died after catching one final wave at Makaha Beach on Tuesday. Although extremely unfortunate, friends and family are saying that’s how “Mana” would’ve wanted to go – while surfing with friends in his cherished home of Oahu’s west side.

“You know, when he came up, he kind of just… Something happened and that was his last wave,” Dave Kuwada, Walthall’s cousin, told ABC news. “It was like a storybook finish in a way. I mean, I couldn’t imagine a better way to depart this world. You know, it’s sad, but he went out like a hero.”

Walthall was a renowned surf photographer from Australia to Tahiti to at home in Makaha. Just last year Walthall contributed to The Inertia with a gallery of stunning photos. Friends and family will remember him through his photos and how he used them to embrace the aloha spirit.

“He lived a selfless life,” said Anthony Debutiaco, Walthall’s friend for more than 20 years, to Hawaii News Now. “He was a photographer that went out of his way to make everyone else look good. He was very consistent about his aloha and his love and I want people to remember that about him.”

Walthall’s nickname “Mana” was also the name of his photography company. In Hawaiian and Tahitian cultures, Mana is a form of spiritual energy believed to be possessed by those with pure, powerful, and influential souls. Judging by the condolences pouring out from friends and family, Jeff Walthall deserved that nickname.

A memorial service is scheduled for 7 am on October 24th at Makaha Beach, with a paddle-out taking place around noon.