Ben Aipa, Iconic Shaper and Power-Surfing Legend, Has Passed Away 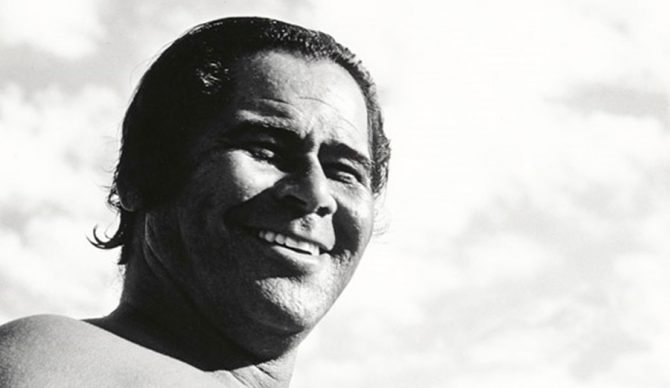 Ben Aipa is, and always will be, a legend. Photo provided courtesy of the Aipa Family

Late yesterday evening, The Inertia received word from Ben Aipa’s son Duke that the iconic surfboard shaper had passed away after a long battle with unspecified health issues. In June, we reported on Aipa’s hospital stay: “For the past few years, he’s been fighting a battle with deteriorating health like the proud Hawaiian warrior he’s always been,” Duke told us at the time. “He has overcome several near-misses, but unfortunately, his ailments have begun to gain ground and subdue his once-powerful persona.”

Sadly, Ben’s battle ended late this week. A gifted athlete, Aipa was a football star on Oahu before taking up surfing and shaping. Known for his powerful approach in the water, he went on to coach some of the most influential surfers the sport has seen including Sunny Garcia, Brad Gerlach, Taylor Knox, the Irons brothers, Bethany Hamilton, and countless others. Ben started shaping early on, crafting a board that Fred Hemmings would win a world title on and developing several renowned design features that would influence the shaping craft, not to mention shaping boards for Buttons Kaluhiokalani and Larry Bertlemann, two surfers that would change the way we rode waves.  He was inducted into the Surfers’ Hall of Fame in 2018. Duke released a statement from the family late yesterday evening:

Born in 1942, the son of a Kauai sugar plantation worker, Ben was toughened by his uncles growing up as his dad left to be a merchant marine and as so many broken families experience, would not return home. The family would move to Oahu for more opportunities and with his father away and out of the picture..a young Ben would rise to the challenge.

As a child, to help support his mother and siblings , Ben went to work in the pineapple fields, shined shoes in downtown Honolulu, and dove for coins thrown off of tourist liner boats at Aloha Tower. This was the depth of Ben at his soul level– a core piece of what made him and a key driver in how he would one day be a coach of Champions.

Ben was a man carved by his own intention and would dominate whatever he did. From middle school to high school Ben Aipa was a fearless competitor in swimming, weightlifting, and football (later becoming a semi-pro football player). Yet still had not surfed a day in his life. In 1964, at the age of 22, while on lunch break from working the docks, he and his cousin walked the shores of Waikiki Queens, when, as if out of a biblical story, a board washed ashore with no owner to claim it. Ben would paddle out and catch his first wave that day, falling in love instantaneously, so much so that later this same year, he would begin shaping surfboards. Only someone truly great could in two-years time, (1966) be making his mark in what was the biggest, most prestigious surf contest at that time, The Duke Kahanamoku Invitational. In four-years time (1968) make a surfboard for a world champ to secure his world title on, and in 10 years, be the first surf coach, mentoring a group of Hawaiian surfers that would change the face of surfing forever.

His accomplishments are boundless. He was a modern savant of visualization and master of observation with a skill to translate what he saw in the water and apply in the shaping room (a site to behold). His innovative contributions would alter the course of surfboard design in every decade of his 52-year career. In all his gifts, Ben’s greatest passion was sharing his knowledge and lifting up young surfers, elevating them, mentoring them in and out of the water. His impact on the sport of surfing is impossible to ignore and will continue to ripple through all time. Today, we celebrate the life, power and grace of this great, Hawaiian man, that will live on within the sport he loved , the boards he created and the people he touched. In Ben’s words, “Surfing has been good to me, surfboard building has been good to me, surfers have been very, very good to me.”  Ben’s sons Akila and Duke continue building on the foundation of their father’s legacy of Aloha, one board at a time.  There will be a paddle out in Ben’s honor August 17 ( his birthday) at Ala Moana Bowls permitting the COVID situation allows for it..”