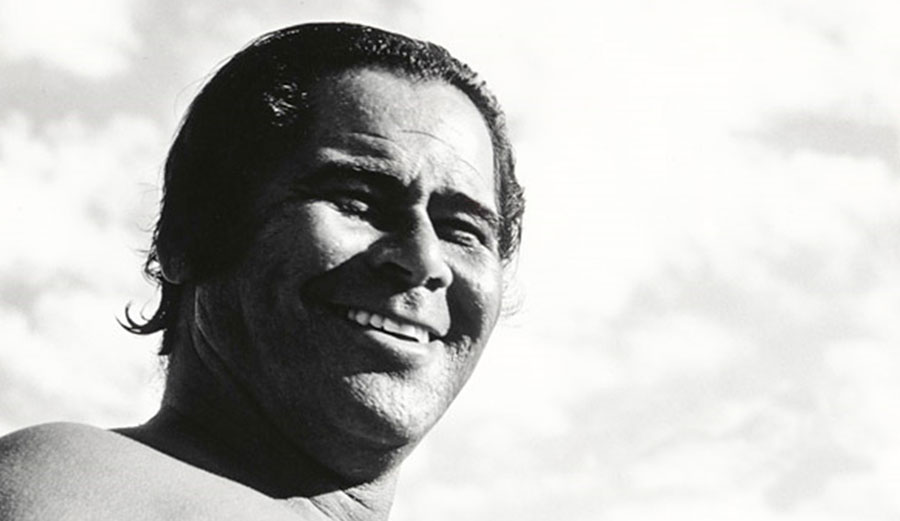 Ben Aipa is, and always will be, a legendary surfer. Photo: Courtesy of the Aipa Family

Without a doubt, iconic power surfer and shaper Ben Aipa is a legendary figure in surfing’s history. At 77 years old, though, he’s been navigating health issues.

“For the past few years, he’s been fighting a battle with deteriorating health like the proud Hawaiian warrior he’s always been,” Ben’s son, Duke Aipa, shared in a statement to The Inertia. “He has overcome several near-misses, but unfortunately, his ailments have begun to gain ground and subdue his once-powerful persona.”

“A few days ago, a Hawaii News Now story covered Ben’s current condition in as gracious a manner as possible,” Duke wrote. “In this public media release, photos were provided by an unnamed source (including pictures of Ben during a recent hospital stay) which revealed his vulnerable physical state. These photos were gut-wrenching to see for those who love him, most of all his children, who were not warned of the intent to release these very private and heartrending images for the world to see… My dad would never want to be seen like that. He is a proud man and would not want to worry anyone.”

In that spirit, Ben Aipa is still Ben Aipa — a powerful force who should be remembered as such.  “Although it is true he can no longer do the things he loves and struggles with simple day-to-day activities while grasping onto fleeting moments of clarity, ” Duke continued, “through it all, he is still the titan of the Hawaiian waves and the unpretentious trailblazer of the shaping room whose legacy is forever woven into the kapa fabric of Hawaiian surf culture.”

Aipa was raised in a sugar cane plantation family and worked his way up to become one of the most celebrated shapers in the world. “He’s living proof that humble beginnings cannot deter the greatness of destiny,” Duke wrote. “He has always been an unrelentingly hard worker, an uncomplaining provider for his family, and has never asked for help in his life from anyone, for anything. His huge heart and his stubborn pride refused to worry or burden his friends and family.”

The master surfboard shaper influenced most of today’s board builders. Aipa is a legendary surfer in his own right and is often considered one of the originators of rail-to-rail surfing. His influence can’t be understated. Aipa coached Sunny Garcia, Brad Gerlach, Taylor Knox, the Irons Brothers, Bethany Hamilton, and countless others.

“Wherever he traveled within the global surfing community, Ben needed no introduction,” Duke continued. “Ben’s larger-than-life presence and singular mighty physical style commanded respect in any lineup he paddled out into. He was both the hammer and the Aloha. He was known throughout the years by descriptions fitting his massive personality and matching heart: the ‘Hokkaido Bear’ in Japan, the ‘Surfing Barrel’ in Australia, even as having “Baryshnikovian grace in a football player’s body.” The nickname he cherished the most, though, was ‘Uncle Ben’ to generations of groms.”

In 2018, Ben was inducted into the Surfing Hall of Fame. As he was setting his foot into the wet concrete of the ceremonial plaque, he shared words with Duke that have stuck.

“He said, ‘Duke, don’t let them forget me.’ It is in that spirit, especially since our father is still with us, my brother (Akila), sister (Lokelani), and I humbly ask the surfing community around the world to please remember our Dad the way you each knew him. Tough but kind, slyly funny, and maybe even in his hothead younger days — whatever your fondest memories of him might be. Continue to send all the Aloha you can from your heart to our Dad, Ben. Your friend, your mentor, your coach, an innovator of the Sport of Kings. After all, it is simply yet powerfully through your love and Aloha for our Dad that the Ben Aipa Legacy will live on.”

Editor’s Note: To contribute to Ben’s doctor bills and hospice care, Ben’s children, Duke, Akila, and Lokelani have set up a GoFundMe page for the Ben Aipa legacy.