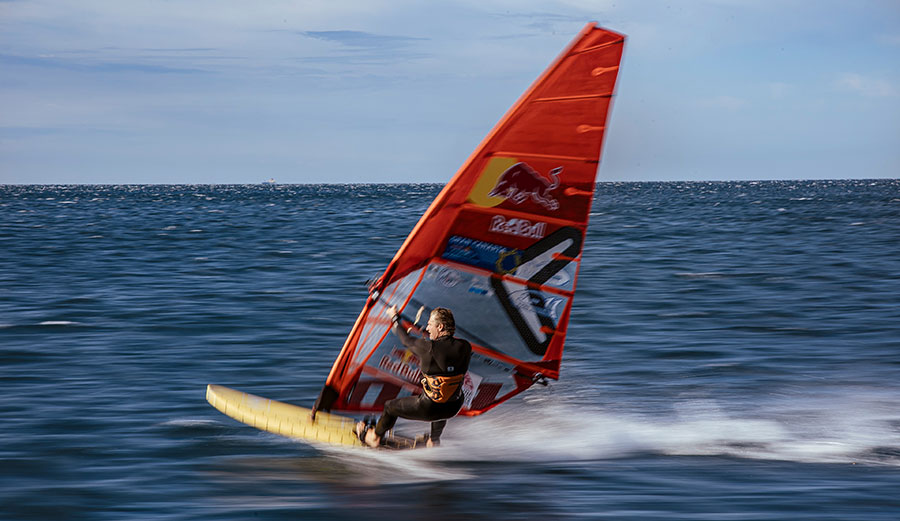 Björn Dunkerbeck has a long and storied career as a windsurfer. That career started back in 1986, a time when neon reigned supreme and jeans were washed in acid. Since then, he’s raked in over 100 Professional Windsurfing Association (PWA) titles and numerous PWA Wave World Championship crowns. And recently, he broke another record — although, to be fair, it was his own. Dunkerbeck broke the 100-kilometer-per-hour (62 mph) mark. During the Lüderitz Speed Challenge in Namibia, his speed was recorded at 103.67 kph (64.41 mph).

The 52-year-old has been chasing the 100-kph mark for a long time. His first record, which was set back in 1992, was 80.1 kph. Since then, numerous technologies have improved — as have his skills — that made hitting the mark easier, but in the end, it comes down to the perfect spot and the perfect conditions. Although windsurfing waves is definitely part of his skill set, he’s a little more well-rounded than most. He specializes in windsurfing slalom, speed, foiling, wing foiling, and stand-up paddle foiling. 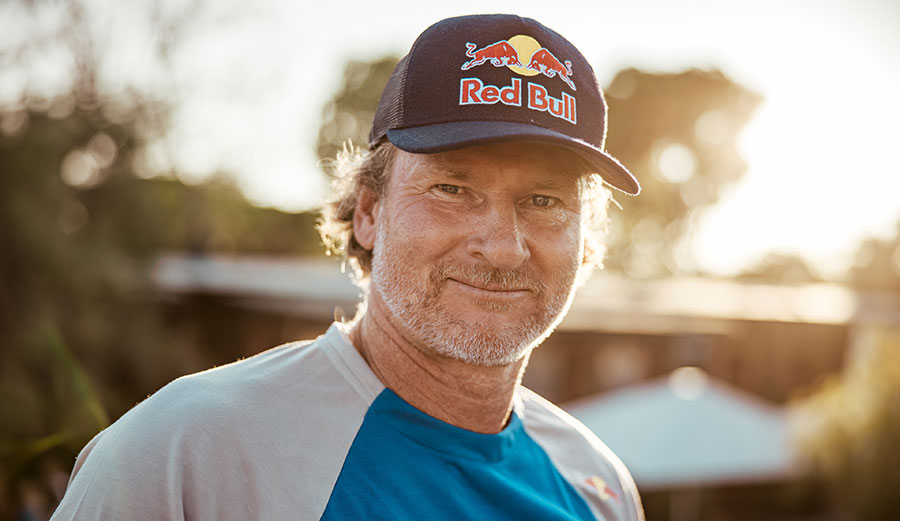 Björn Dunkerbeck is a legend in the sport of windsurfing. Photo: Red Bull Content Pool

It was on Thursday, November 18 that Dunkerbeck broke the record. For a two-second period over a 100-meter stretch of Namibian water, he hit an average speed of 101 kph. He maxed out at 103.67. The spot is called The Ditch, a 500-meter long canal that maintains glassy surfaces even when the wind is whipping. It’s perfect — unless, of course, you crash. “No crashes,” Dunkerbeck said afterwards. “I try not to crash at that speed because if you do, your day is over.”He’s been attempting to break the 100 kph mark for over five years. That means that he’s had a long time to get his equipment set up perfectly. “We had quite a few days of wind around 35-38 knots, so the equipment was feeling really dialed,” he explained. “I was on a 40 centimeter-wide, AVBoard windsurf (speed) board, with a 19-cm fin and a 5.5 Severne Mach 4 Lüderitz Speed Challenge LT sail – it all had to work perfectly to hit top speed!”

Although he’s in his 50s, he doesn’t plan on slowing down. The next box he wants to tick off is maintaining 100 kph over 500 meters. And, given his history, chances are good that he’ll do it.