BREAKING: The Eddie Aikau Invitational Gets the Green Light 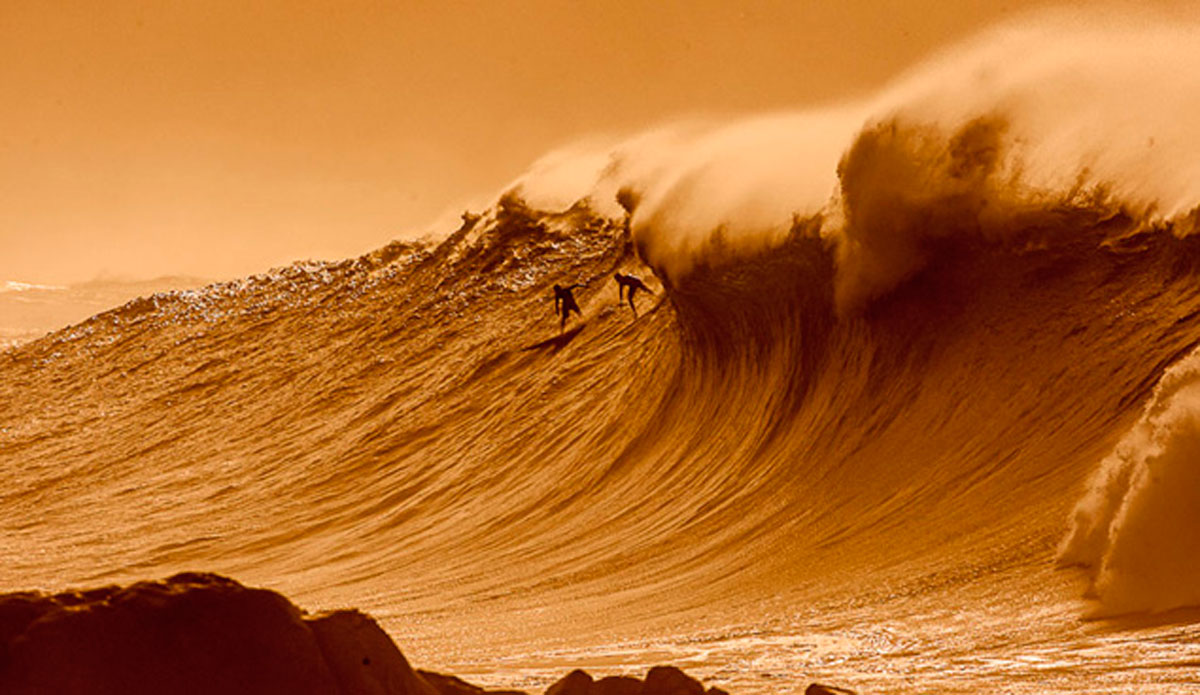 Mark Healy and Shane Dorian paddled into this bomb one day before the Eddie in 2009. It is said to be the biggest wave ever paddled in the Bay. Photo: Brad Masters

It’s time. After a few years of absence, the Quiksilver In Memory of Eddie Aikau Big-Wave Invitational competition will return this Wednesday.

After issuing a yellow alert on Sunday evening, the contest organizers have made the official call to run the celebrated Waimea Bay event.

“At this point it appears that the swell will peak during the overnight hours from Wednesday,” Surfline’s lead forecaster, Kevin Wallis, told the WSL, “with the largest waves during daylight hours showing late Wednesday and early Thursday. Model guidance puts this in the same ballpark as the swell from this past Friday.”

The past few days have seen some serious swell lighting up the North Shore. In fact, it was so big at Waimea Bay, that Kelly Slater couldn’t make it out. And if the forecast is correct, comparing the coming swell to the one a few days ago, then it should be massive. Here’s to an amazing event and hoping everyone stays safe!