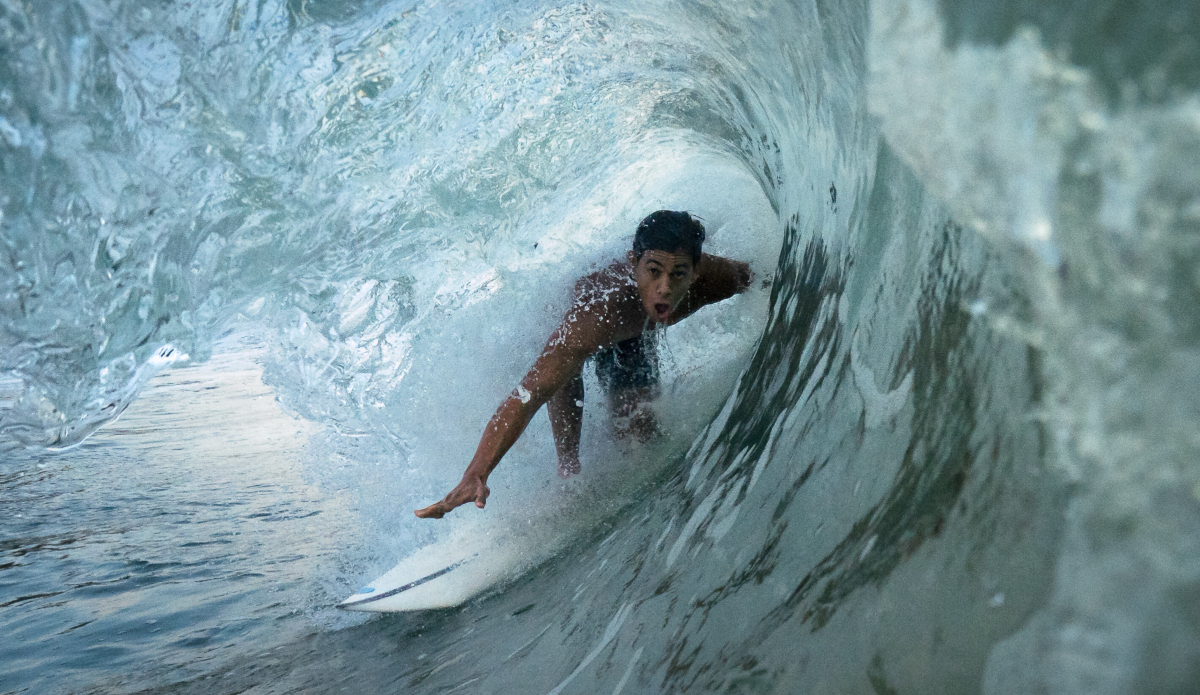 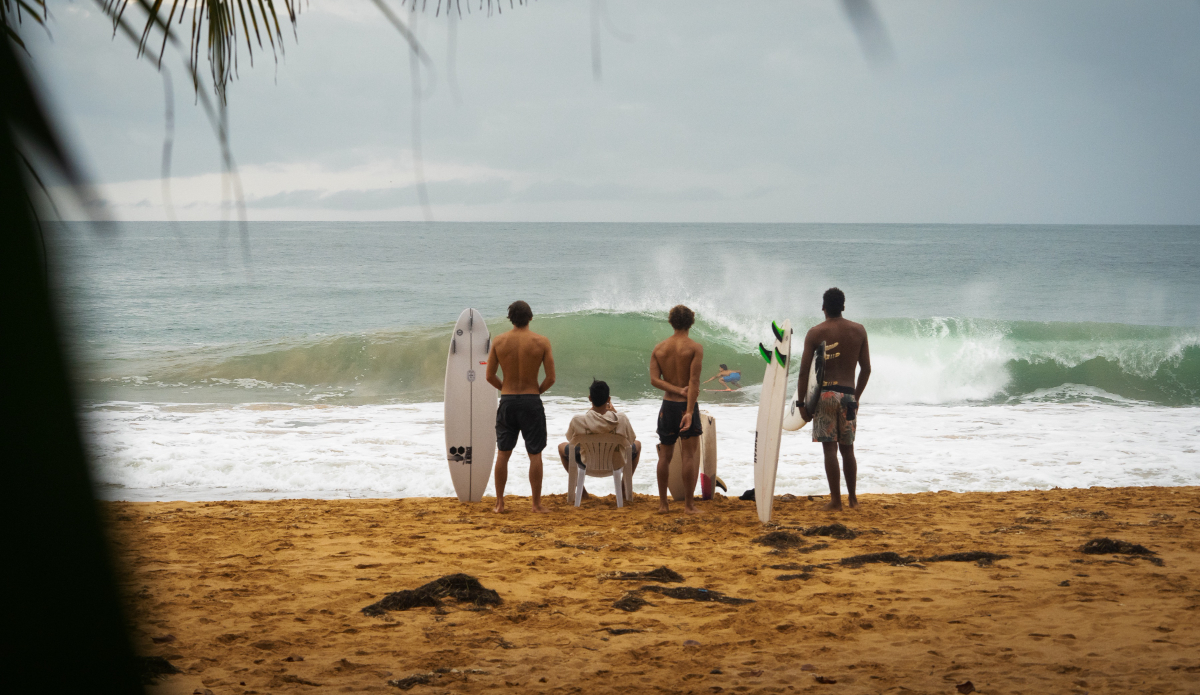 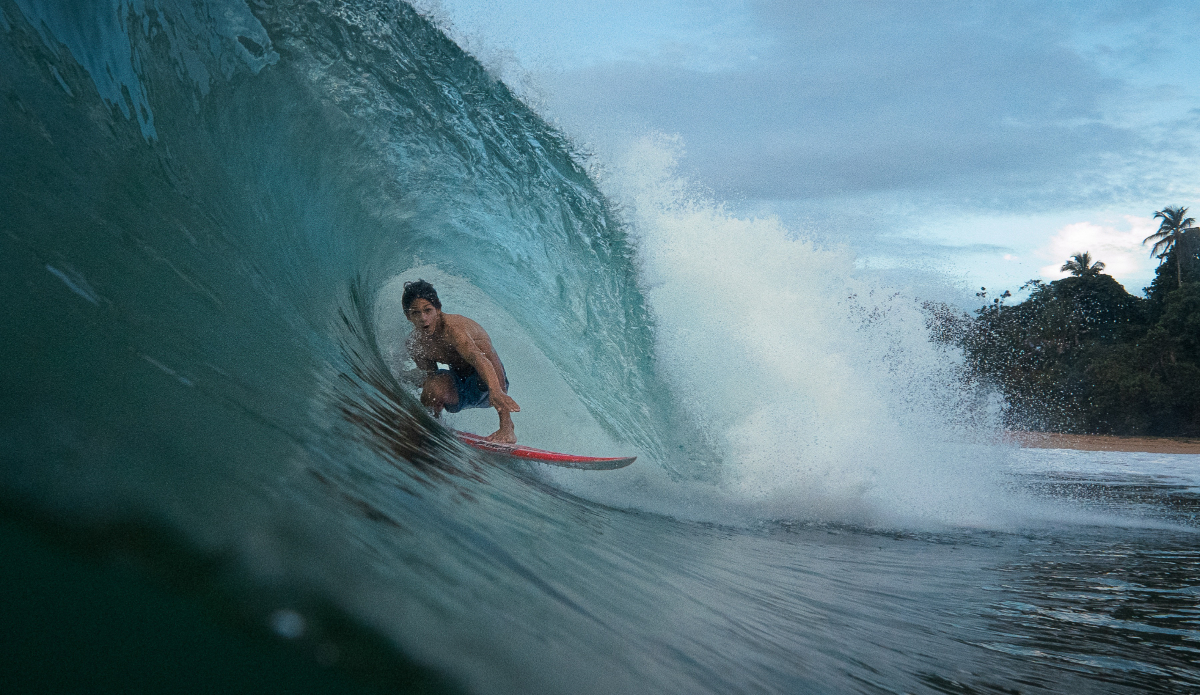 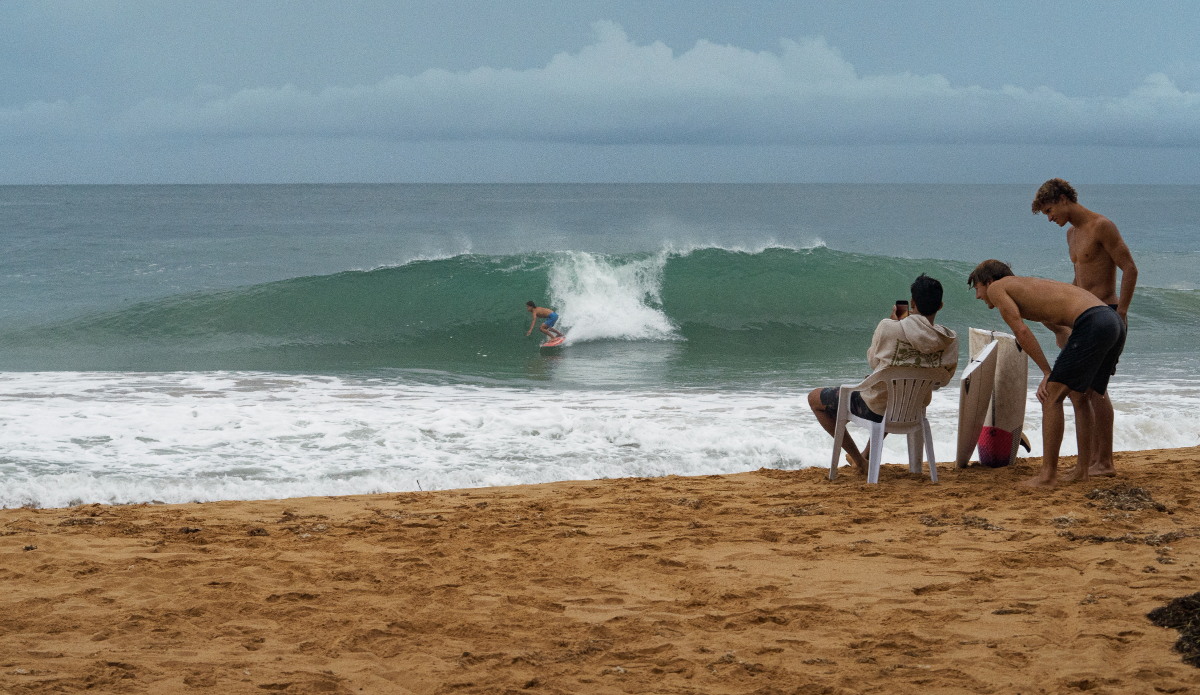 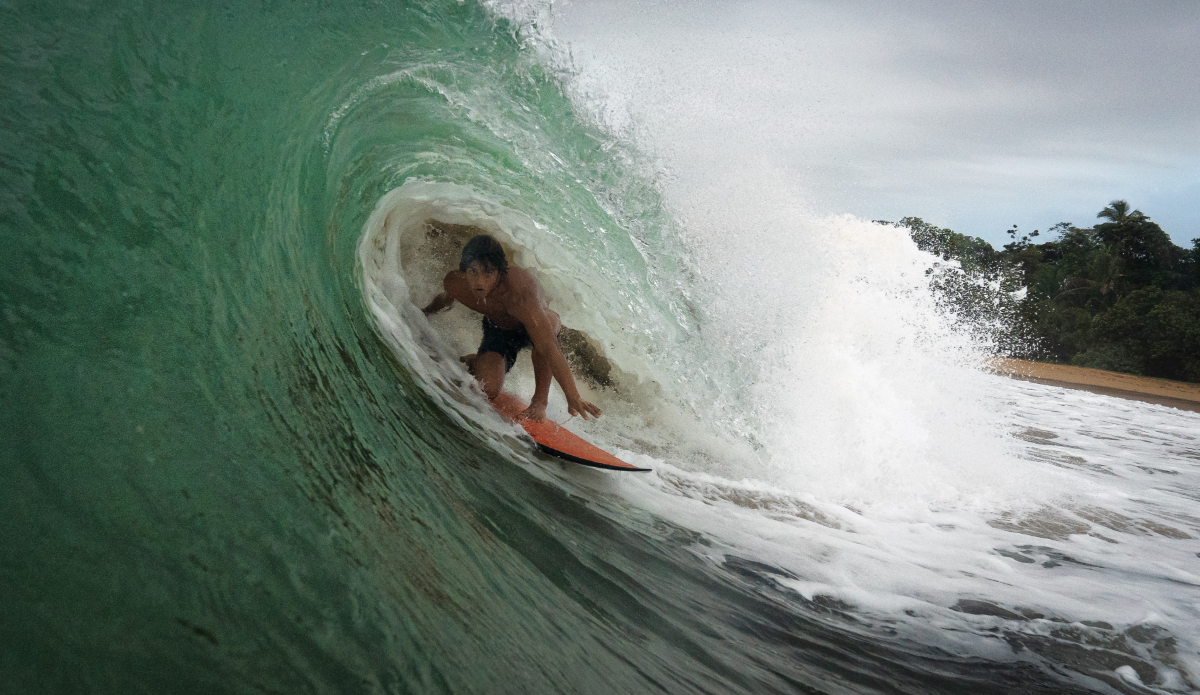 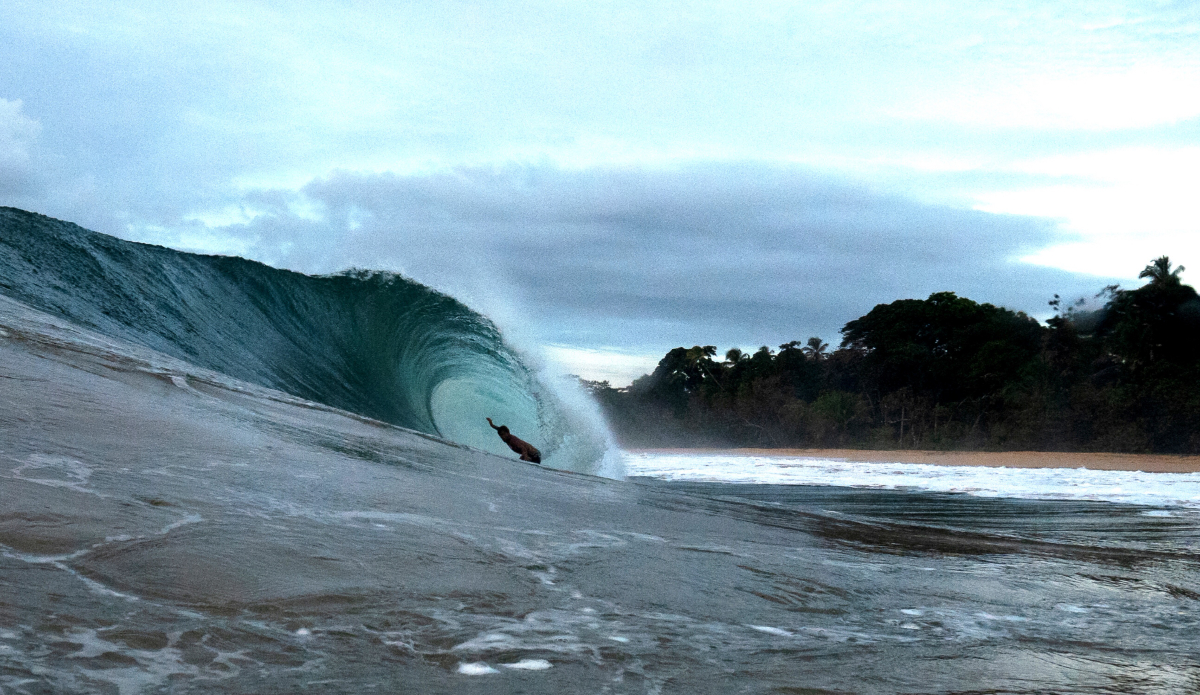 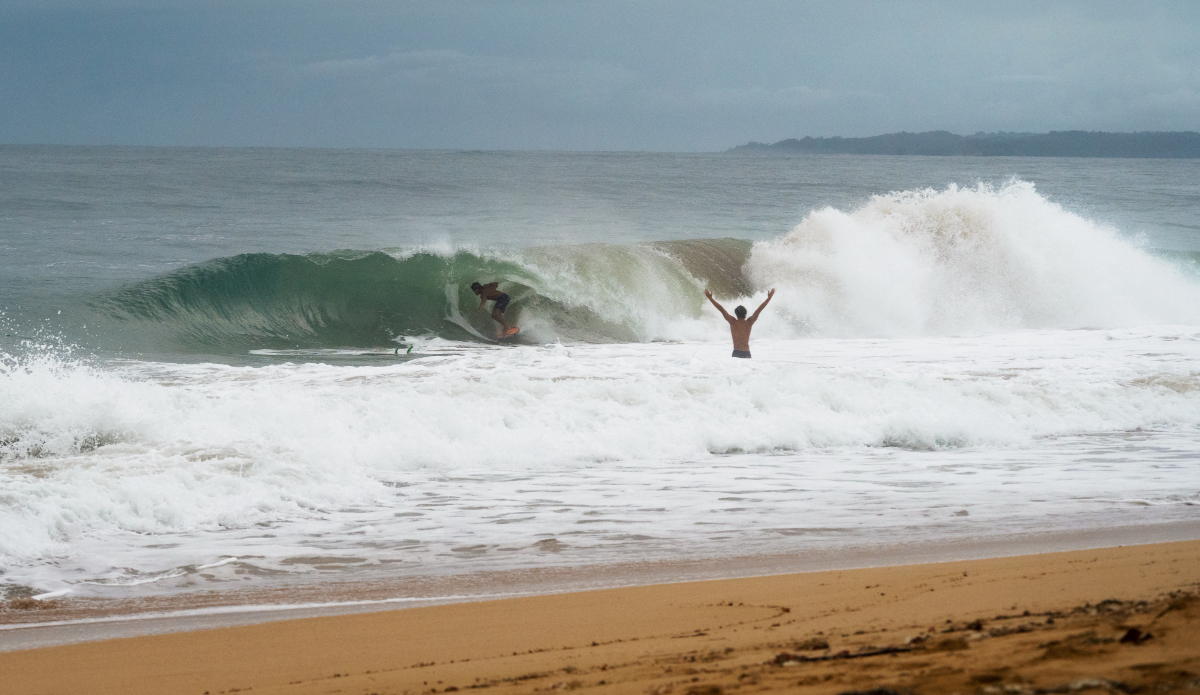 The countdown to a broken board lasted only an hour and the now-useless halves looked like sandy tombstones — the day’s dreams of barrels seemingly buried beneath. But to Dawes Velasquez, this picturesque Caribbean morning was not the one to dwell on misfortune. Leaning back into a sun-beaten but springy beach chair, Dawes finger-punched the red record button on his iPhone as one of his friends dropped into a hollow A-frame. His morning may have been torched by a closeout end-section, but at this moment, he had other concerns.

“Big problem is, I only have one board for the rest of the trip,” he told me, which unfortunately was back at the hostel.

A promising off-season swell forecast and the chance to meet up with Luis “Peto” Lopez and friends had brought me to Bocas del Tora from my home on the Pacific coast of Panama.

And on this particular morning, head-high barrels pulsed onto Playa Bluff’s, the pale-blue tinge of sunrise light blended into what would be a sunny and clear Caribbean day.

I walked away from Dawes and his polyester tombstones and sank my mind into the dominoes of despair that can come with a blow to your quiver: the cost of surfboards, global supply chain pitfalls, or the sentimental loss of a trusted companion.

I would have been more upset about a broken board myself and I’ve seen friends dive into a mini-depression after such a loss. But Dawes was either delaying the inevitable or these thoughts hadn’t even crossed his mind. Nostalgia for a time when I did the same knocked me back a step.

Over the next hour the youngest of the bunch, Sebastian Goldner, continued surfing while his older brother and friends stood next to Dawes and called him into an even mix of closeouts and made barrels. I took in the scene from behind the beach, holding my camera and heavy telephoto lens. I snapped a few lineup shots, capturing photos of a laid-back teen snagging clips with an iPhone. I again pondered the existential. Technology has definitely evened the playing field, but was either approach technically superior? One was obviously more efficient and affordable. I made the argument internally and was tempted to say the chair and iPhone looked like a clear winner, although high-quality photos will always be what makes my eyes sizzle.

The kids and I piled back into my truck and headed back to Bocas Town as Dawes played back the clips on his phone. The conversation ranged from my Zak Noyle backpack to mythical Panamanian surf spots, the best college towns in the United States, and the busload of American girls at the bar last night. Nothing serious to think about here.

Later, we would all sort through photos and pick the best to capture the scene. The fair bet is that both will be seen by many faces staring into screens, and both would portray the morning to the rest of the world for what it really was to me: refreshing.