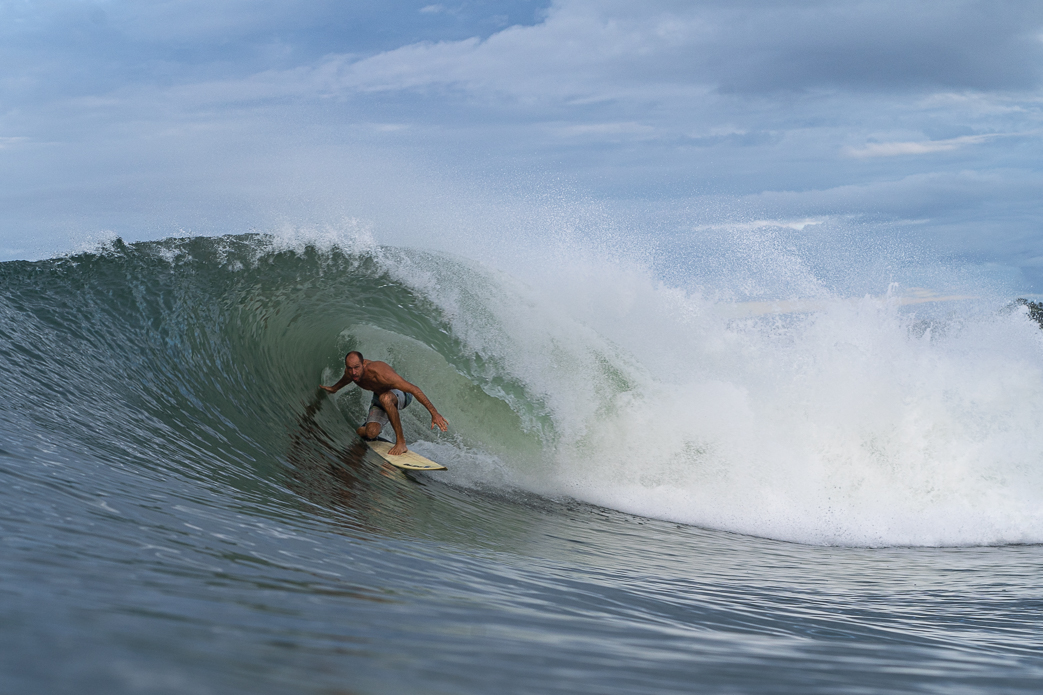 I first spotted this outside slab in 2015 during one of the biggest swells of the past ten years. Since then Aaron and I have put in the time to know when it works. We’ve had some magic moments like this one, but we are also still waiting the day when it all comes together. 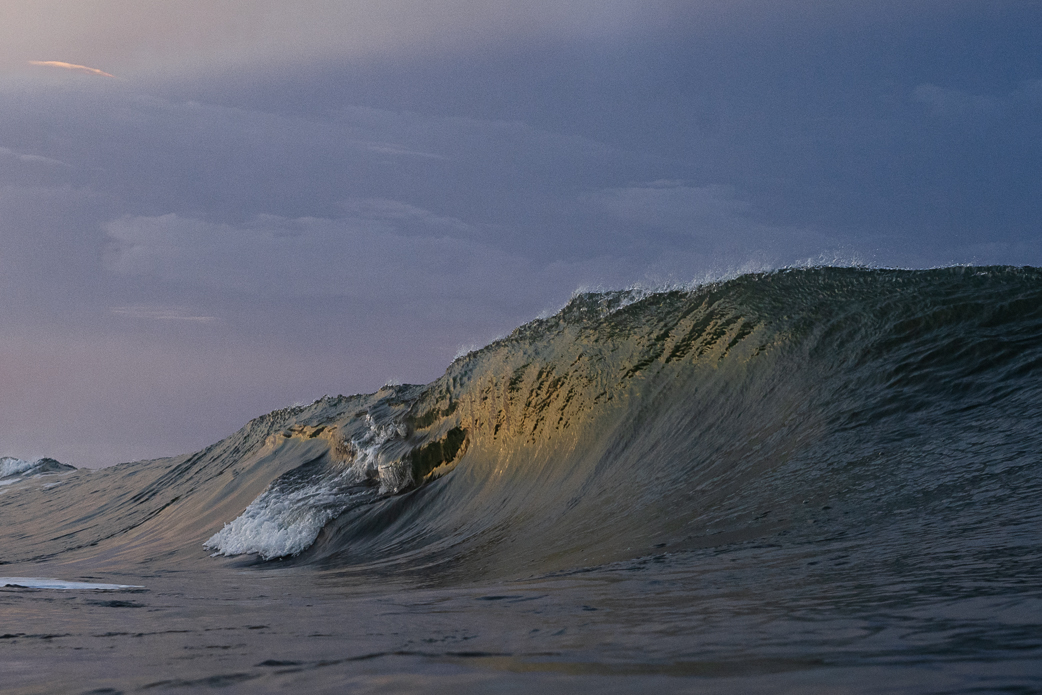 Shooting sunrises in winter are a total gamble. Think getting up at 5:00 a.m. and driving to a spot just to see choppy surf and one hundred shades of grey. Some mornings, though, the sun sneaks up over the horizon and puts on a show reserved for the crazy people. 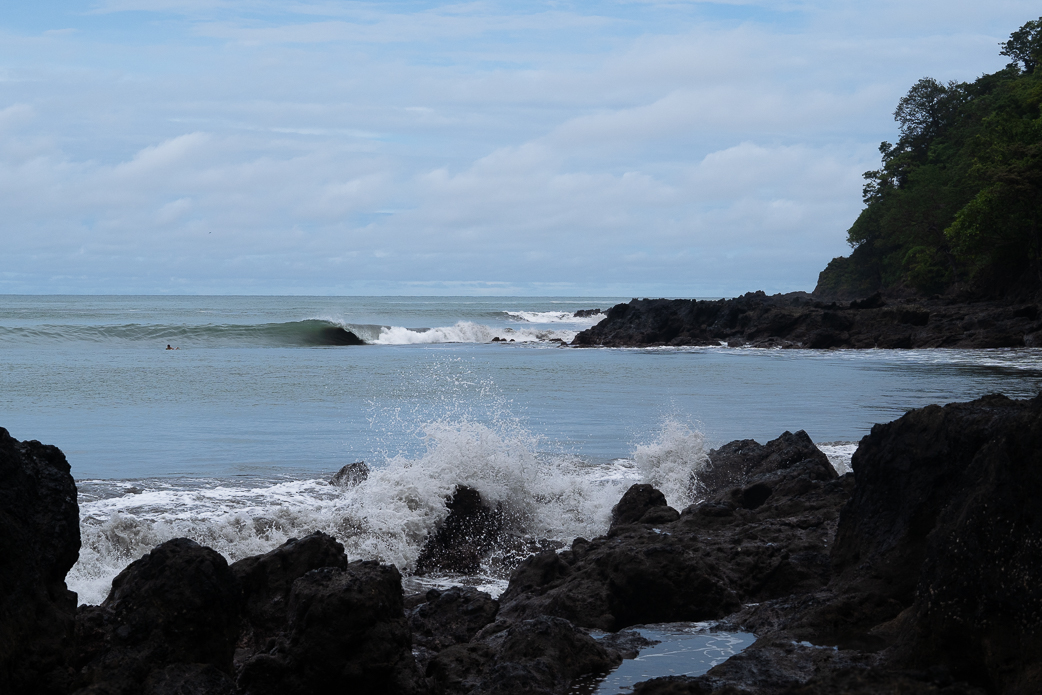 It’s not worth trying to find this setup mapped around here- you won’t. It only breaks on the largest of swells and it’s not easy to get to. This day was what I would think it would be like to surf a wave machine. 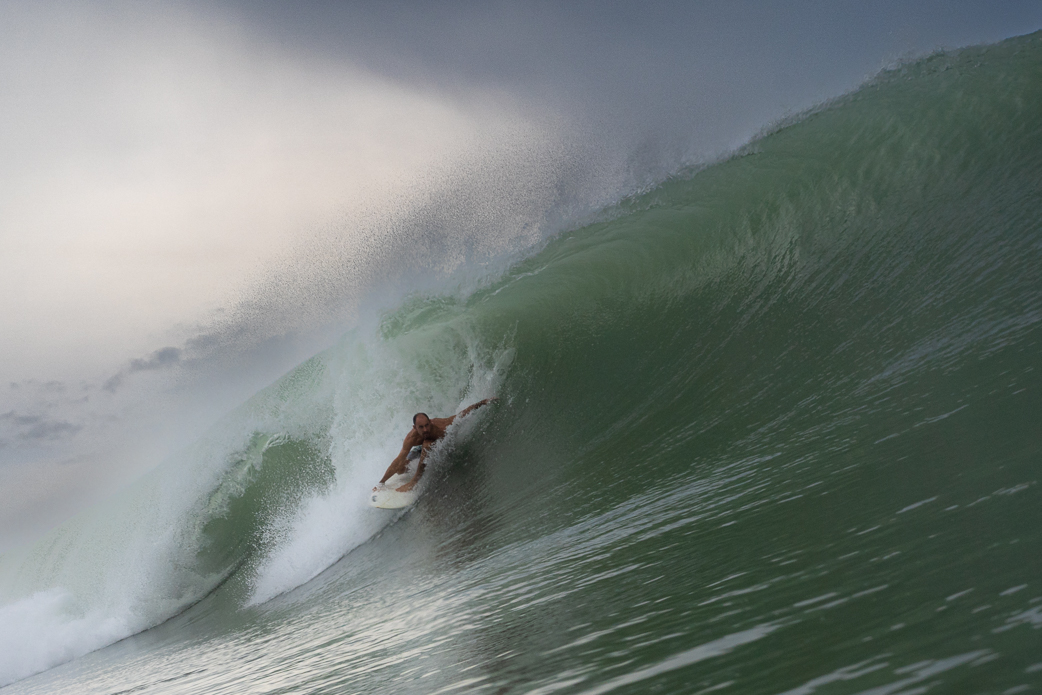 This was one of the sessions of the year, and it was just Aaron and I in the water. A fairly large river changed its path into the sea, and no one else seemed to notice. We surfed the new bank as much as we could in the week that it lasted. This particular day was the most solid, and as Aaron said, “There is legit 10 pointers our here!” 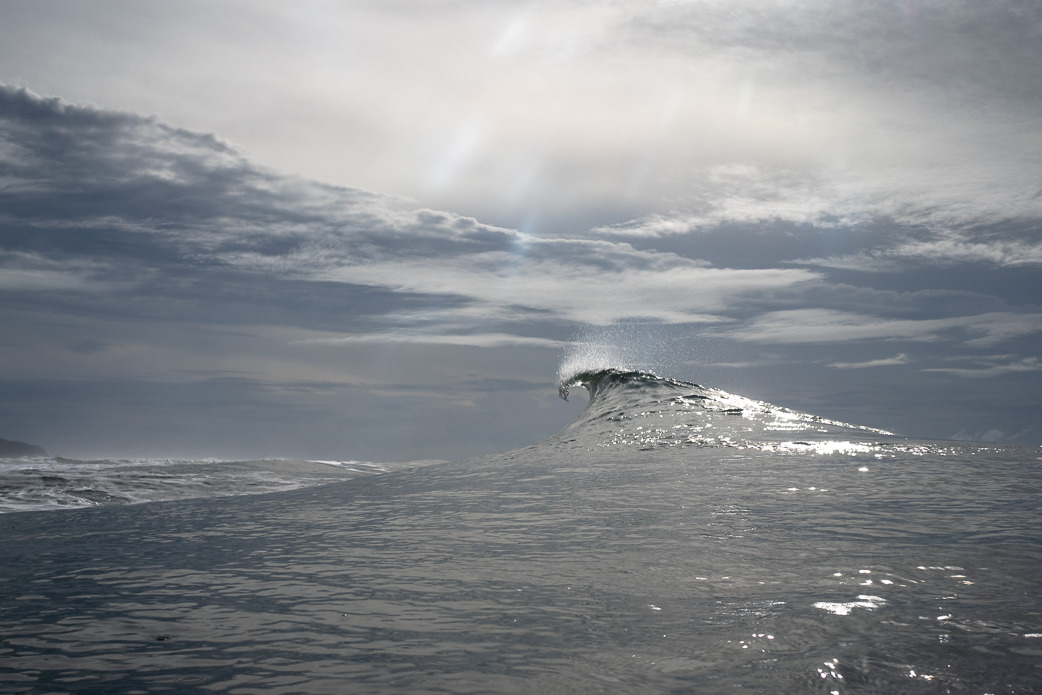 I love chasing moments like these when it all unexpectedly comes together. I almost didn’t check the surf this day, but Aaron had the motivation to look. I almost didn’t bring my water housing because the sun was getting high in the sky. When we checked this spot the combination of small swell and small tide was pounding onto a little section of reef, and the light clouds diffused the sunlight across the glassy sea. 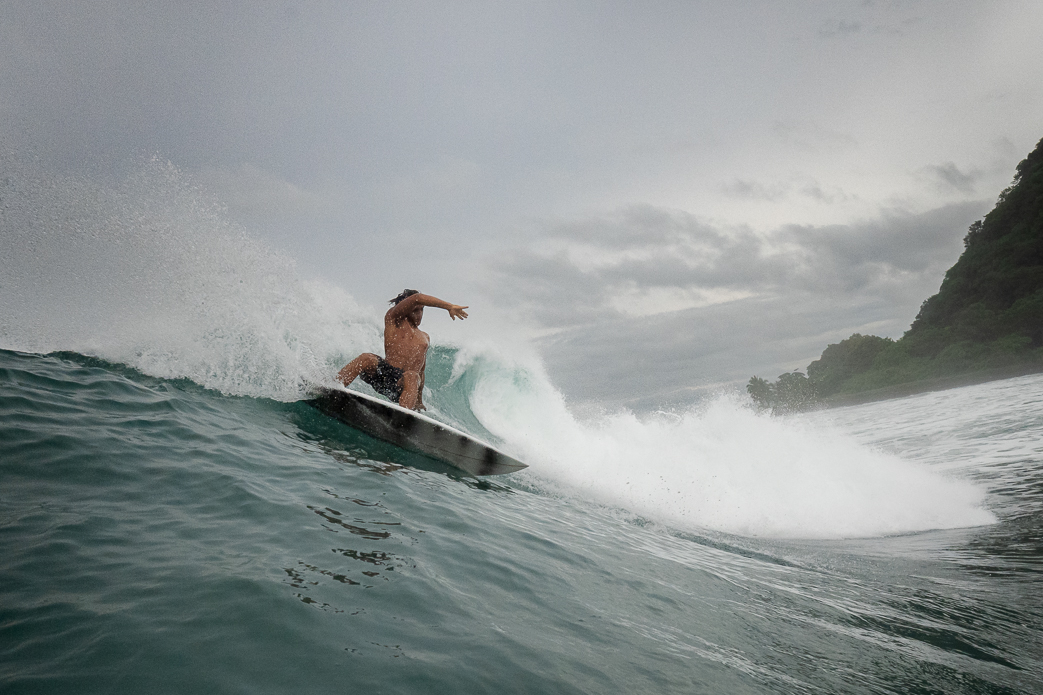 Luis Lopez, or Peto as he’s called, is one of the best young surfers in Panama. A relentless wave catcher and well-rounded surfer, I try to hook up with him as much as I can and shoot photos. This was a tough day at our high-tide reef break, but Peto took an interesting line and made an ordinary wave stretch out. 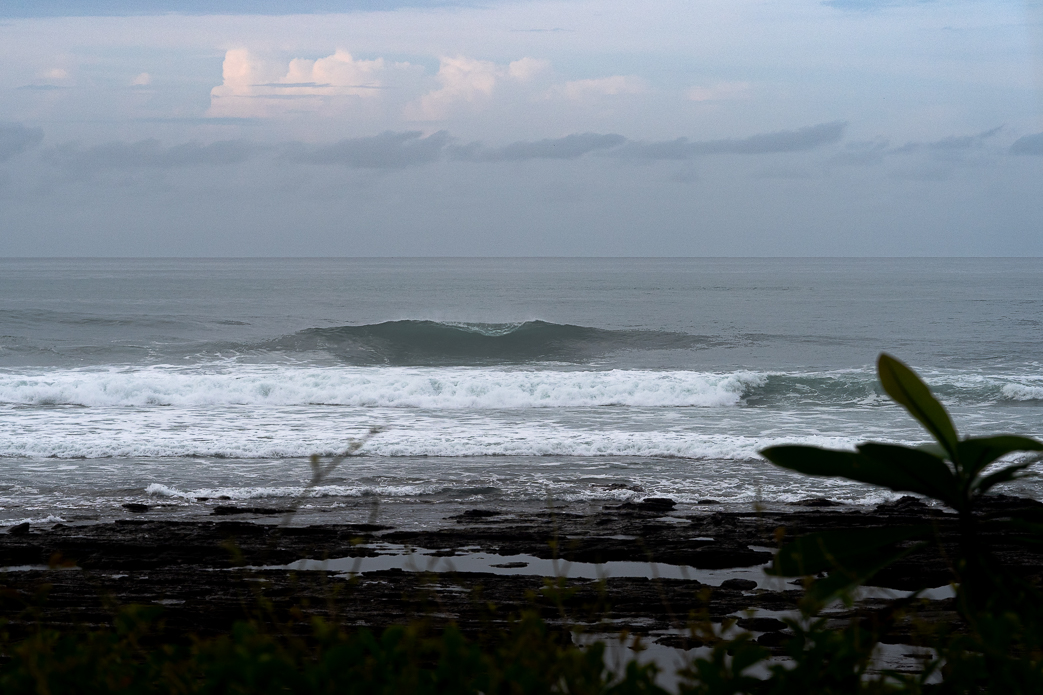 I’ve driven by this spot countless times in ten years and have never seen it breaking like this day. A-frame barrels non-stop with not a single person in sight. I went home and wrote down the details of the swell chart. Maybe we will get another chance next year. 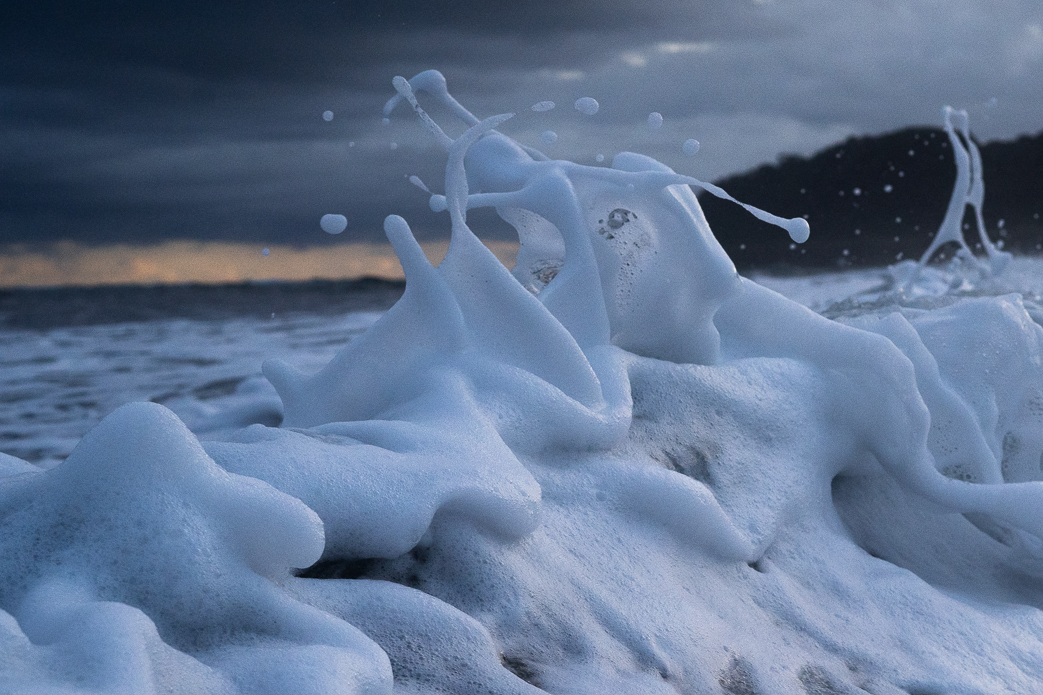 There are definitely runs of bad conditions and light during the winter months, but if you look closely, something is always happening. It’s important to enjoy the ocean for all of its artistic moments. I see someone dancing. What about you? 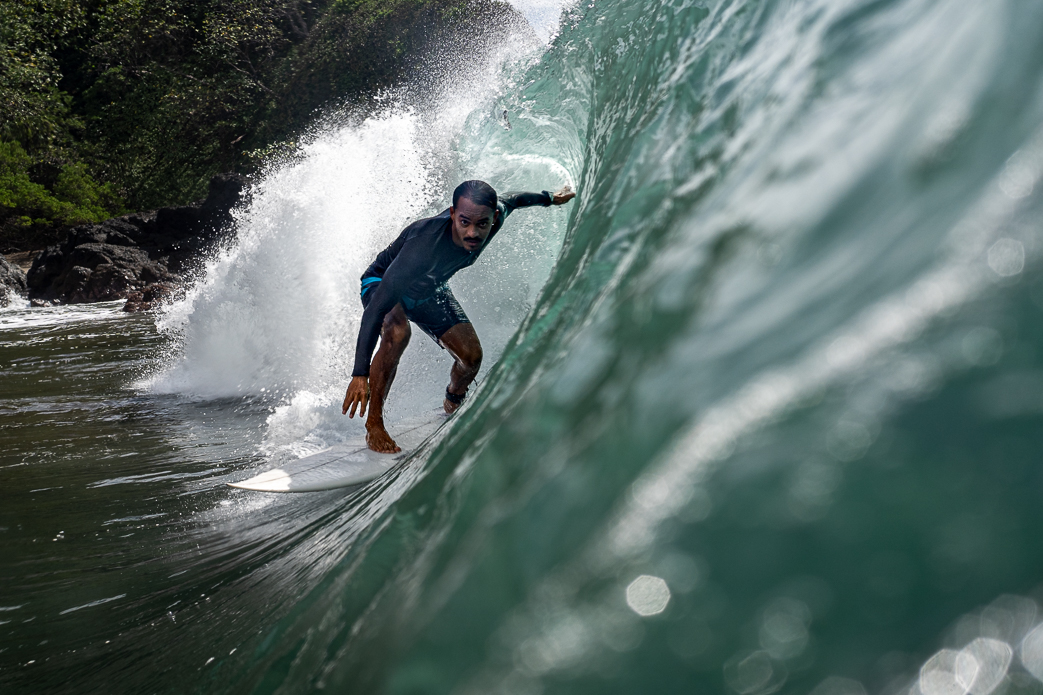 As the southern swells die out we have a couple special spots that love the dying swells. Jose Broce came to Cambutal for the day from his home in Playa Venao, and we scored a few nice barrels at this boat-only beach break. 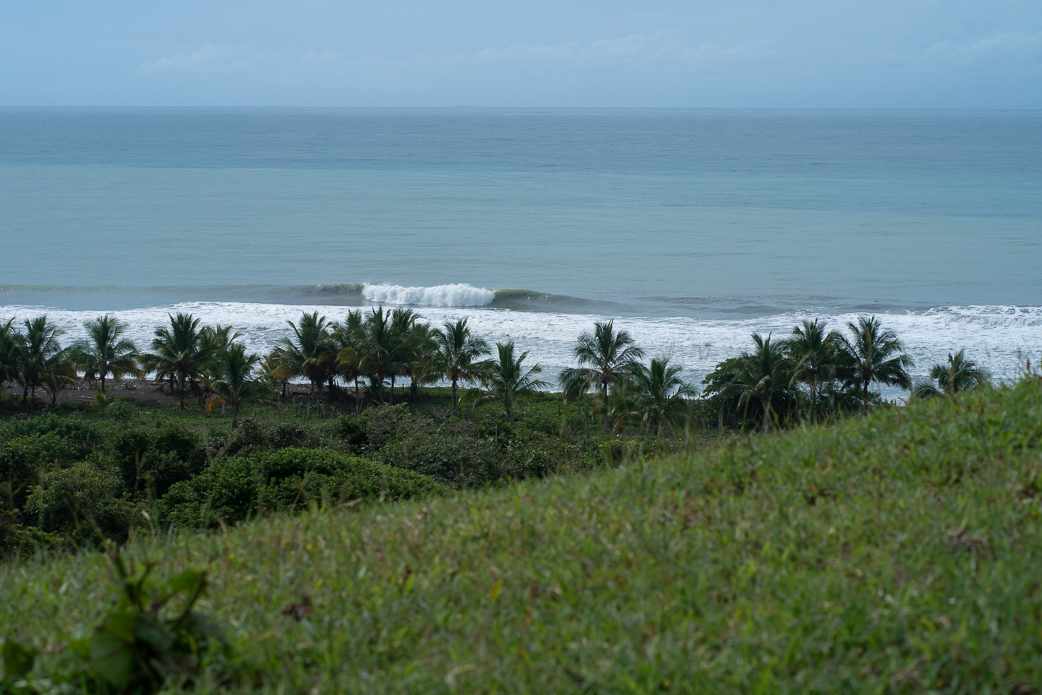 View from up in the hills of one of our beach breaks holding swell. Things can get out of hand on the beaches quickly because of how deep the water is offshore, but if you’re paying attention windows like these open.

The second half of the year in Central America has many labels. Some call it winter, some the rainy season, and others the green season. In Cambutal, Panama, a few things are certain: it will rain, sometimes torrentially and there will be south swell.

We don’t have to dissect the swell forecast here (we still do it anyway), but rather wake up every morning with a fresh set of eyes and an open mind to see what’s happening out at sea. Although it does happen, it’s rare to see unimpeded lines storming in from deep in the Southern Hemisphere.

The storm track just off our coast often adds short period ripples into the orderly long period swells. Combined with large tide swings and a dozen fickle setups, finding the best waves on any given day is more like a jigsaw puzzle than an easy read.

Originally from Florida, Aaron Lichter has lived here longer than me, and together we’ve created a mental journal of where to be and when. Most often we are the only two in the water as the masses flock to the most well-known, albeit reliable, surf spots.

As 2021 transitioned into the deep winter months of August through December, the hard work of the past 10 years paid off. It rained, although not as much as normal, and the south swells were as plentiful as ever.