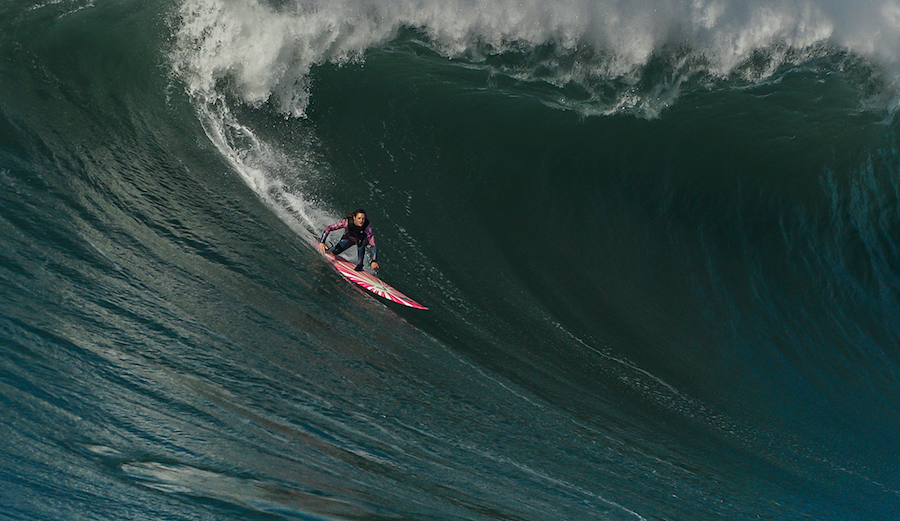 On Monday, California Governor Gavin Newsom signed into law a landmark bill that will now make it illegal for sports organizations to pay male and female competitors differently at any sporting event held on state lands.

AB 467, also called the “Equal Pay for Equal Play” measure, initially drew inspiration from the Committee for Equity in Women’s Surfing and their fight for equal pay for women big wave surfers at Maverick’s. They famously claimed efforts to award women less prize money than their male counterparts at contests around the globe, but especially at the same big wave venue, was tantamount to gender-based discrimination.

Both the California State Lands and Coastal Commissions – two state agencies Maverick’s contest organizers must work through for event permitting – sided with CEWS and the Coastal Commission later made equal pay a permit condition for any event held at Maverick’s.

Now, AB 467 takes that idea one step further saying that any sporting event held on any state-controlled lands must pay male and female athletes equally as a condition for a lease or permit. Organizers will have to demonstrate equal pay prizes for men and women at each competition level before a lease or permit application can be approved.

“I am humbled and honored to see this bill signed into law, advancing the historic efforts of so many athletes and advocates standing up for equality,” said Assemblymember Boerner Horvath, who authored the bill in the State Assembly. “The overwhelming bipartisan support of this bill demonstrates that the State Legislature and Governor Newsom have the backs of women and girls throughout California.”

While the bill codifies the notion of equal pay on state-controlled lands, some detractors argue it doesn’t address the notion of inclusion, which is an inseparable component of the type of discrimination female athletes have faced over the years, particularly in surfing.

In May, CEWS co-founder and San Mateo County Harbor Commissioner Sabrina Brennan explained to me that after initially supporting the bill, CEWS could only throw its full support behind it if AB 467 were amended to address this question.

Practically, that would mean language to mandate that all events on state lands include both a male and female division. In Brennan’s mind, a major loophole exists in the bill – event organizers could simply cancel their women’s event instead of ponying up the extra cash to pay male and female athletes equally.

To Assemblymember Boerner Horvath, though, inclusion is an important question but outside the auspices of her bill.

“My bill has always been about pay equity and that’s the focus of it,” she told me in May as the bill was still being debated. “I think there are folks that want to deal with the broader aspects of women’s equality and… I think there’s a place for that discussion that’s not part of AB 467.”

Kathryn Bertine, a former professional cyclist and CEO of the Homestretch Foundation, an advocacy group for equal compensation in cycling, said she’s excited about the message AB 467 will send.

“The passing of AB 467 is not just a monumental moment in sports, but a societal shift toward equity and progress,” she said. “We have moved the dial forward, proving that inclusion matters. I look forward to seeing the impact of this bill, not just in California, but nationwide. This is just the beginning of equal pay for equal play.”