Cariuma Shoes: How a Little-Known Brazilian Shoe Company Created One of the Best Surf Teams on Earth 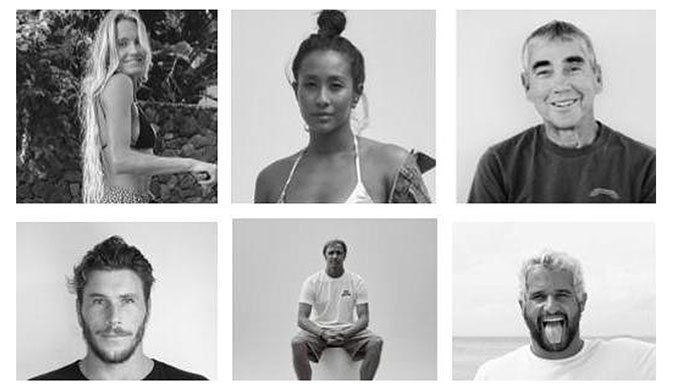 For a brand, a solid roster of athletes is just about the best marketing it can have. Fans trust their favorite athletes, after all, and often the athletes have a larger following than the brand itself. But it can be exceedingly hard for a relatively new company to build a team with any real pull — athletes need to eat, and established companies often have way more cash to slop around the marketplace, regardless of the quality of the product. That’s why I was so surprised when I got an email from a little shoe brand out of Brazil that I’d never heard of. Founded in 2018, Cariuma already has one of the most solid, well-rounded surf rosters out there. Gerry Lopez, Kai Lenny, Jamie O’Brien, Italo Ferreira, Kelia Moniz, Alana Blanchard, and Jack Freestone have all signed on the dotted line as part of the team — a ridiculously-good squad for any company, let alone a brand that doesn’t (yet) have the same recognition that a more-established one might. As it turns out, it’s because Cariuma saw a need and filled it.

The founders, David Python and Fernando Porto, noticed a few things about the shoe game. Both of these longtime executives in the shoe industry noticed that so-called sustainable products were ugly, and fashionable ones weren’t sustainable. Together, they set out to create a product that turned that notion on its head. And the fact that they valued the team over the bottom line created a recipe for Cariuma to attract some of the surf and skate industry’s biggest names.

“David and I came together to create Cariuma after both leaving our corporate footwear roles with the desire to found a company that altogether supported the people working within it,” Fernando Porto wrote in an email. “We realized, after years in fast fashion, the industry only leaves its employees burnt out from the constant need to produce. We bonded over the shared values that sustainable employment is the root of sustainable business practices. Large, cumbersome structures wouldn’t — and sometimes couldn’t — enact the kind of radical changes to people, process, and production that we knew were essential for the future of the industry.”

The shoe business is a strange one. Many of the heavy-hitters make shoes that don’t last, aren’t comfortable, and cost way too much. Despite that, however, they maintain a stranglehold.

“We left the corporate culture for a worldwide research expedition,” Porto continued. “We spent an extensive amount of time understanding all the industry progress in sustainability and comfort, and why huge classic brands, which deliver low-quality, low-comfort sneakers, still dominate the market in an unsustainable way.”

After researching thousands of shoes worldwide, Python and Porto came to a conclusion: “Modern comfort didn’t come in classic style, and brands with a sustainable approach were not fashionable,” Porto explained. “People were willing to torture their feet in old-school options because their timeless look still outlasts a tasteless, trendy startup shoe, and hence, Cariuma was born.”

Alana Blanchard, no stranger to working with a whole lot of different brands, thinks that Cariuma has something special from the rest. “I love everything about the company,” she told me, “from how good their shoes are to how important the environment is to them. I think it’s so important right now to try to be more sustainable in our choices for our earth. To be able to work with a brand that makes that a key pillar of what they’re doing is so refreshing.”

Cariuma’s team, as you might’ve noticed, is what you’d call well-rounded. The team doesn’t just have one type of surfer. Instead, they picked the best from different genres. Legends like Gerry Lopez, freesurfing YouTube sensations like Jamie O’Brien, big-wave, Jacks-of-all-trades like Kai Lenny, world champions like Italo Ferreira, moms like Alana, and moms-to-be like Kelia Moniz are all included.

“I really love how Cariuma supports everyone in all walks of life,” Blanchard continued. “It’s cool to be a part of a company that cares about the footprint they leave behind. Everyone at the Cariuma brand that I’ve worked with is so down to earth and cool. They understand the action sports space and I feel like big things are coming for the brand.”

Cariuma isn’t just talking the environmental talk, either. The company makes its shoes in ethical factories, uses carbon-neutral shipping, makes its packaging from recyclable materials, and hand-makes its products with cleaner leather. As Brazilians, both Python and Porto are deeply concerned about the Amazon rainforest, sometimes called the “Lungs of the Earth.” The billions of trees in the rainforest are incredibly important to the overall health of our planet, absorbing tons of carbon dioxide and producing about 20 percent of Earth’s oxygen. That’s why the founders decided to start a program to put a dent in the issue.

“David and I understand that the rainforest is the heart of our country,” Porto said. “In order to give back to the planet and our native land, we started the 2-Trees-Per-Pair program. Our program is different from the typical tree donation initiatives started by other sustainable companies. Since David was born and raised right outside of the Amazonian Rainforest, he is working with Indigenous people to plan the reforesting and create jobs within the community. We strive for Cariuma to be a holistically-sustainable company, which means working with the Indigenous community because they are the guardians of the land in addition to helping create jobs to support them. Cariuma wants all parts of the company to be committed to a positive, eco-friendly, and humanitarian lifestyle, from the shoes we produce to the employees, we aim to be the change we want to see in the world.”