Caroline Marks Wrote a Fiery Letter to Her Future Self for ESPN: ‘I Want to Be a Legend’ 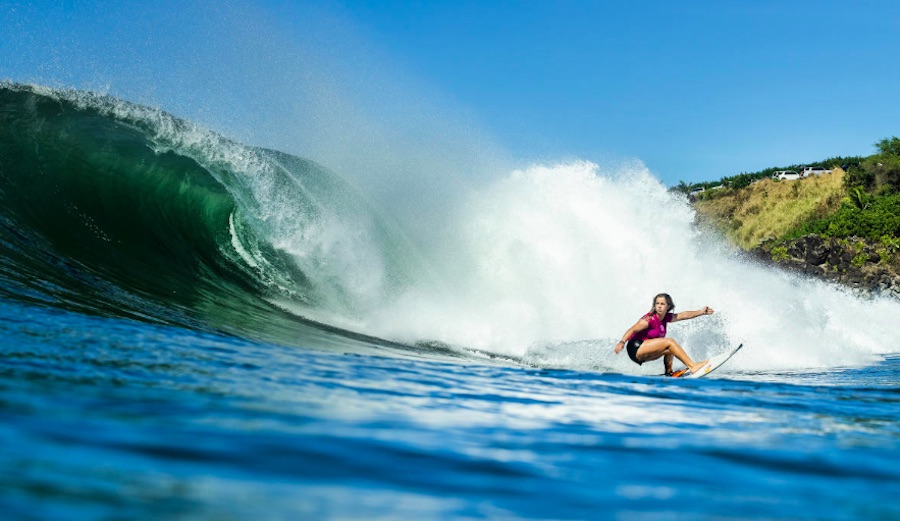 “I want to be relentless.” Photo: Cestari/WSL

If you were to ask Kelly Slater if he’d trade all of the healthy eating and strenuous training he does to age-proof his body for the fire and ambition of youth in liquid or pill form, I’d put money on him choosing the latter. Youth, as they say, is a hell of a drug – the audacious ambition, the energy, the ability to bounce back from injury. It’s a high that fades with time and maturity, as any seasoned champion surfer (from Slater to Steph Gilmore) will tell you. And yet, if those same champs could have that attitude and feeling again, I imagine it’d be hard to turn down.

Which brings me to this little number. ESPN recently reached out to some of the world’s top up-and-coming athletes with one ask: if you could write a letter to your future self (fresh off retirement) what would you say? Among the athletes solicited? Ms. Caroline Marks, the fiery Floridian making waves on the women’s WSL Championship Tour, and the youngest surfer to ever qualify. Her short letter is dripping with ambition: “The top two Americans in this year’s rankings will make the 2020 Olympic team. So… how was it?” she asks. Oh, and she wants to singlehandedly change the way women go above the lip in competition. “I also want to be the first girl to land air reverses and backside airs consistently in competition,” she says.

It’d be one thing if Marks were sitting in the back half of the rankings, but currently ranked second on tour, Marks (as a young Kelly Slater and Steph Gilmore once did) makes you believe she’s capable of the goals she outlines. And that’s important.

Following are a couple snippets from the piece:

Dear future Caroline, it starts off.

It’s me! You! Caroline! Do people still call you Caroline? Or do you have a cool nickname now? Maybe people just call you Champ. Like, “Hey, Champ! How’s retirement going? When are you going to settle down and start that family you always wanted, buy a house in Hawaii? Where do you keep all those trophies and medals?”

I know, I know! I’m getting ahead of myself. You retired only yesterday. But seriously. How many world titles did you win? Four? Five? At least five, right? How about the Olympics? Our sport makes its debut next year in Tokyo, and I plan to be on that team – and the teams in 2024 and 2028 and 2032. When I close my eyes, I can see every gold medal…..

She then laid out her goals in no uncertain terms:

I also want to be the first girl to land air reverses and backside airs consistently in competition. I want to hear the other surfers say, “Wow. Now we have to do that because we’re competing against the girl from Florida.” Lisa Andersen was the first girl to drive women’s surfing forward, and then Carissa Moore and Stephanie Gilmore. I want to be the next one to show what’s possible, to get barreled in bigger waves like the guys. I want to inspire young girls to go for it and never let anyone tell them they can’t do something, to be known as the surfer who works the hardest, has the most fun and is also the nicest person on tour. I want to be known as a legend. I don’t want anyone to forget who I was and what I did for the sport.

Caroline also reminded her older self she hoped she’d had a crack at Skeleton Bay and met Justin Bieber.

But you can read more about that in ESPN’s full feature, here.