Meet Caroline Marks, the Youngest Person Ever to Qualify for the WCT 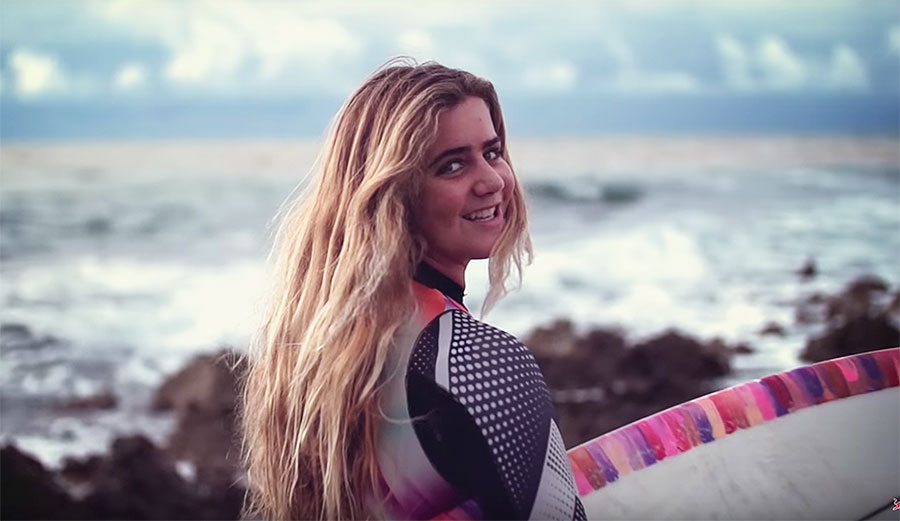 Caroline Marks is 16, and she’s already on the WCT. Image: Screenshot/Redbull

When Caroline Marks was very young, a future as a professional surfer was not something anyone expected. Now, though, at the age of only 16, she’s officially become the youngest person to ever qualify for the WCT—and she did it in only three years.

“Believe it or not, she used to be a Texas barrel racer on a horse,” her father Darren remembered in the WSL’s rookie profile. “That’s all she did was go to do competitions. She didn’t want to surf at all.”

Then, when she turned 8, something clicked. Her family lived across the street from the beach in Melbourne Beach, Florida, and her family was a surfing one. Her brothers and her father all surfed, and they surfed a lot. “One day she started coming to the beach with us,” said her oldest brother Zach. “She started having fun, and then she got super into it. She got really good, really quick.”

Within two years, Caroline was winning… well, just about everything.  At the age of 11, in 2013, she took home wins in the Girls’ U16, U14, and U12 categories at the ASF Championships and became the youngest girl to ever make the USA Surf Team. Her family began to split their time between Florida and San Clemente in 2014, and a year later, at 13, she competed in a CT event by way of a wildcard. She surfed her first heat against Carissa Moore. By the time she hit 15, she had two Vans U.S. Open of Surfing Pro Junior titles, and it was crystal clear that Caroline’s path lay with pro surfing.

Unlike the parents of many young athletes, however, her parents aren’t ramming surfing down her throat. They want her to do what she wants, and Caroline is going to finish school. “My job and Sarah’s job is to be parents,” her father said. “We don’t coach her, we don’t manage her. We just want to be there no matter what happens, good or bad.”

Her mother, Sarah, agrees with that sentiment. “There’s definitely a little bit of fear,” she told the WSL. “But I’m excited and I believe God has a plan. Whatever your passion is is what’s going to work for you.”

Now Caroline is being coached by Mike Parsons and trains hard to follow her dreams. Even still, it would be understandable if she was terrified of competing on the WCT at the age of 16—but she’s not. Instead, she’s got an air of confidence about her that will likely take her almost as far in competitive surfing as her talent will. “I feel like I deserve to be here,” she says. “I’ve worked really hard. I want to be the next generation. I want to start doing airs and I want to get barrelled and surf bigger waves. I don’t think I’m as nervous as people would think. I’m actually just really excited… and I just really want to rip.”

Starting on March 11th, Caroline will have her chance to do just that. The window opens for the Roxy Pro Gold Coast, and Marks will surf her first heat ever as a full-fledged member of the WCT against Lakey Peterson and Joanne Defay. Win or lose, Caroline Marks is setting herself up for a long and successful career in pro surfing.