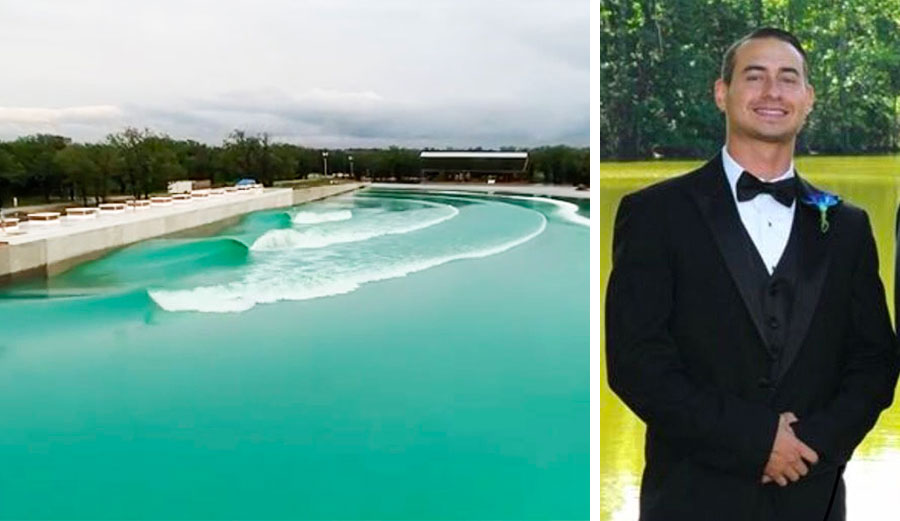 According to reports, the CDC is testing for Naegleria fowleri after the death of Fabrizio “Fab” Stabile on September 21.

According to a story in the Waco Tribune-Herald, the “CDC is testing for ‘brain-eating amoeba’ at BSR Surf Resort.” On Friday, September 21, a 29-year-old New Jersey man named Fabrizio Stabile died from a very rare illness called Naegleria fowleri, which is more commonly known as a brain-eating amoeba. Stabile was recently surfing in Waco’s pool. It should be noted, however, that it is not known for certain whether the victim contracted Naegleria fowleri from the pool and there was no clear timeline available in terms of when exactly he was at the park.

Naegleria fowleri is a particularly nasty bug. Found in warmer freshwater like lakes, rivers, and hot springs, if one is unlucky enough to contract it, symptoms can show up between one and nine days later. According to the CDC, death can occur within 18 days. “The disease is generally fatal,” the CDC’s website explains. “Four people in the U.S. out of 143 have survived infection from 1962 to 2017. Among well-documented cases, there are only five known survivors in North America: one from the U.S. in 1978, one from Mexico in 2003, two from the U.S. in 2013, and one from the U.S. in 2016.”

As one might assume, victims can’t get be infected by swallowing water. Instead, the water has to go in through the nose. “Once the amoeba enters the nose, it travels to the brain where it causes PAM, which is usually fatal,” says the CDC. PAM is short for Primary Amoebic Meningoencephalitis, a disease that affects the central nervous system.

“BSR Surf Resort values the safety of our guests from Texas and all over the United States and we strive to provide the safest environment for our patrons to enjoy all of our facilities,” Stuart Parsons, the owner of BSR Cable Park, told The Inertia via email. “We will continue to comply with requests from the local health department and CDC (Center for Disease Control) investigation of the passing of Fabrizio “Fab” Stabile. Our hearts and prayers are with his family, friends, and the New Jersey surf community during this difficult time.”

Parsons went on to explain that the brain eating amoeba is extraordinarily rare. “We are in compliance with the CDC guidelines and recommendations concerning Naegleria fowleri. Naegleria fowleri causes an extremely rare disease with only 145 – 150 recorded cases within the last 65 years. This amoeba is found in freshwater lakes, rivers, and ponds across the south, but the disease is a one-out-of-a-million occurrence.”

The Waco Tribune-Herald reported that the park closed its doors on Friday afternoon while the investigation into where Stabile may have contracted the illness got underway, but one patron refutes that. Kristi Taylor, a woman who claims to have had her children in the pool all day Friday, sent a voluntary email stating that she was there on Friday. “My entire family (including a 3 and 4-year-old) were in the surf park waters yesterday [Friday] from 11 a.m. through approximately 4 p.m,” Taylor told The Inertia. “So basically the entire day I had children exposed to a deadly bacteria that ownership and upper management failed to provide a warning, which I find especially disturbing as they watched children frolic in the water.”

As of Saturday morning, Surfline’s cameras showed surfers in the water at the park and according to Taylor, patrons are now required to sign a waiver acknowledging that there is a chance of contracting this deadly bacteria from the facility. Taylor went on to express her outrage at the operators of BSR continuing to operate the pool with the CDC’s investigation not yet complete. “This is a public health hazard and should be dealt with appropriately,” she wrote. “There were well over 15 staff members throughout the park on Friday and not one stopped to mention that we should keep the children out of the water due the possible deadly issue at hand. I’m still in disbelief they did not notify a mother of young children about the risks of being in the pool yesterday.”

The CDC’s investigation should be complete by early October. “A small CDC team collected samples for Naegleria fowleri testing and will be working with the health department on recommendations to provide the facility on how to reduce potential exposures,” CDC spokesperson Candice Burns Hoffmann told the Tribune-Herald. “Preliminary testing results should be ready later next week.”

The possibility that Waco’s wave pool may harbor a deadly amoeba is a scary prospect. Since it opened its doors in May, the pool has enjoyed an influx of good press and visitors. The Tribune-Herald reports that an estimated 250,000 visitors have come to the park since it first opened to the public. Just a few days ago, Stab ran Stab High, a new take on competitive aerial surfing that was, by all accounts, a huge success. Surfers included Noa Deane, Dion Agius, Harry Bryant, and Mason Ho.

Editor’s Note: this story has been updated to include a statement from BSR Cable Park and an email from Kristi Taylor.