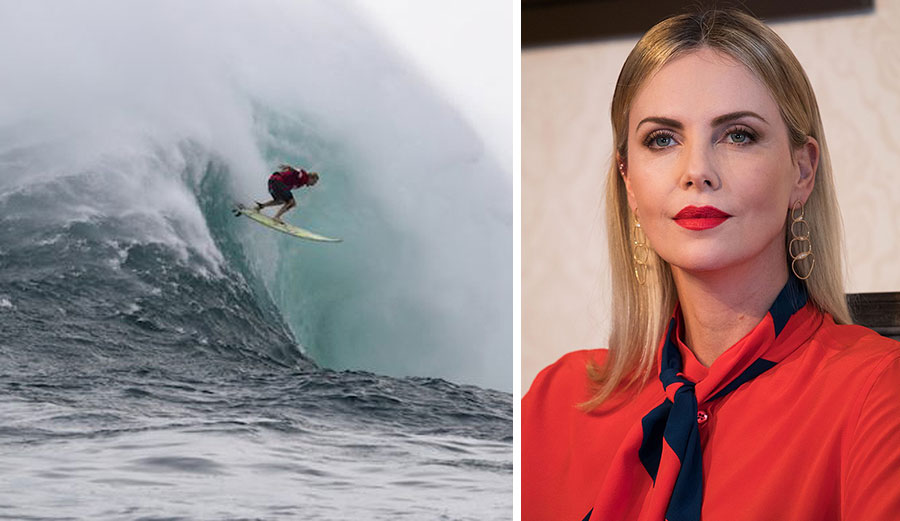 Charlize Theron is direction a feature film about the fight for gender equality in big wave surfing. Photos: WSL/Wikimedia Commons

In February of 2019, a story ran in the The New York Times called “The Fight for Gender Equality in One of the Most Dangerous Sports on Earth.” The story, which was written by Daniel Duane, explored the title subject through the lens of Bianca Valenti, Andrea Moller, Paige Alms, and Keala Kennelly. And now it’s the basis of a feature big wave surfing film with Netflix.

The article was the culmination of sorts, summing up a movement that had stayed buried for far too long. It brought the issue of the rampant sexism in surfing to the forefront of non-surfers’ minds. Surfers had known sexism existed for years, sure, but to the wider world, it wasn’t top-of-mind.

The film’s screenplay will be written by Becky Johnston and it’ll be directed by Niki Caro. Theron, AJ Dix, and Beth Kono will produce the flick for Denver and Delilah, Theron’s production company.

According to reports, the screenplay will follow four women as they surf the world’s biggest and most dangerous waves, fighting for the right to compete in big wave surfing events. It’s another step in the right direction, but there’s still a long way to go. After years of battling, the World Surf League announced in 2018 it would pay women equal prize money to men, something that, in my mind, should have already been in place years ago.

In a 2018 letter obtained by The Inertia, the Committee for Equity in Women’s Surfing (CEWS), comprised of big wave surfers including Bianca Valenti, Keala Kennelly, and Paige Alms, sent a letter to the California Coastal Commission that alleged gender discrimination in surfing. Soon after, the World Surf League made its announcement. Although the League never came out and actually said the work CEWS did was the reason for the announcement, it’s relatively easy to connect the dots.

The film is just another large step towards exposing the discrimination that exists in surfing, and with any luck, it’ll go a long way to making things right — not just in surfing, but in general.