Clark Little has spent years of his life tucked into dangerous shorebreaks, taking waves on the head, all to nab the perfect shot. And it’s been a rewarding experience. He’s gained renown both in the world of surfing, and the “outside world,” racking up over two million followers on Instagram. And now he’s releasing his third book, The Art of Waves.

The book includes a foreword from Kelly Slater and features 150 of Little’s best shots of waves, marine life, and more from the Hawaiian Islands that he calls home, as well as stories and insights into each photo. 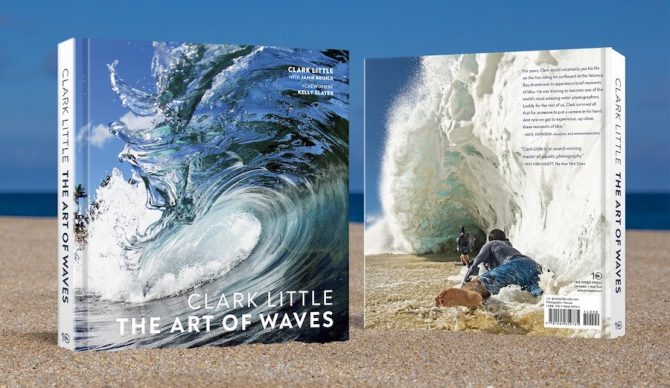 “For years Clark would voluntarily put his life on the line riding his surfboard at the Waimea Bay shorebreak to experience brief moments of bliss,” said musician and surfer Jack Johnson. “Luckily for the rest of us, Clark survived all that for someone to put a camera in his hand. And now we get to experience up-close these moments of bliss.”

Learn more at Clarklittlephotography.com or order your own copy, here.