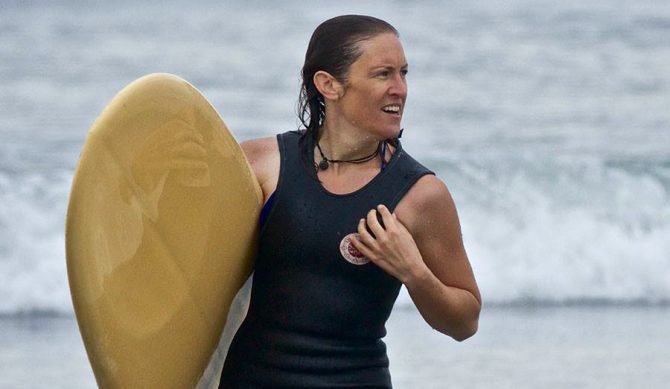 Cori Schumacher has a reputation as an iconoclast. From her 2011 boycott of the ASP to her 2013 protest against the notorious Roxy Pro Biarritz ad, the three-time World Longboard Champion has captured widespread attention over the years for her willingness to speak out against the surf industry. Less known within surfing, however, is that her activism reaches well beyond that world. Since being elected to Carlsbad City Council in 2016, she has spent as many years as a government official as she has as world champ, and while she continues to advocate for greater inclusivity and equity in surfing, she is also at the front lines of tackling a whole host of other issues — from the homelessness crisis in her hometown to climate change. As she sets out to show how the arms of government can be channeled to serve the people they are supposed to represent, she is also setting an example of how surfers can be unique — and uniquely powerful— political actors.

“[I] was really getting tired of just being reactive,” Schumacher says about her own thinking in the wake the 2013 Roxy debacle. Her experiences as an activist, which reach back at least as far as her involvement in the anti-war protests that followed 9/11 in San Diego, had taught her a valuable lesson. “You can only resist and push back and oppose for so long before it really becomes your moral obligation to start to create the changes that you want to see.”

As she wrestled with this notion, a new avenue for doing the creative work of social change presented itself. On the heels of a major mobilization against a mall development that threatened indigenous lands and the environment in Carlsbad, one in which she played a pivotal organizational role, Schumacher’s community urged her to represent them on City Council. In response, she recalls, “I sat down and asked myself a pretty key question . . . ‘Are you going to continue to try to make change outside of the establishment, the institutions where policies are made? Or are you going to get inside and try to make change from within?’” She ultimately embraced the opportunity, accepted the community’s call, ran, and won.

Now, in addition to serving as a City Council Member, she also works with the Truman National Security Project, California State Assembly, local and state Democratic Party, as well as several different regional boards and commissions. She has contributed to a larger political shift in Carlsbad from a solidly Republican City Council to a majority Democratic one in two years. Among other initiatives, she is leading efforts to address her city’s affordable housing shortage, democratize public utilities, and implement the principles of the Green New Deal at the local level. 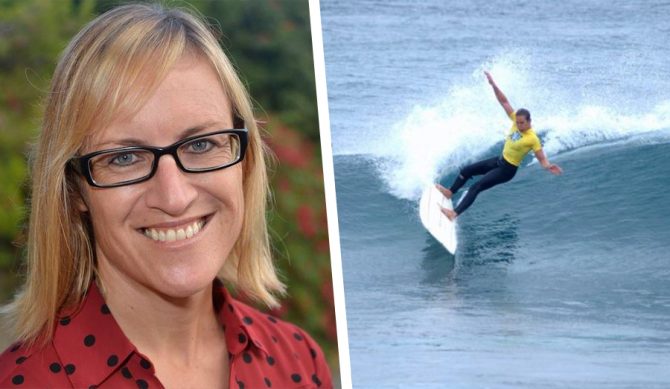 All of this might seem like a departure from her activism within the surf industry, but there is a strong connection between her work past and present. The relationship is perhaps nowhere more direct than in her role in crafting the Bill  AB 467, which expands on the WSL’s equal prize money initiative by extending it to all California state lands. Yet there is also a deeper, conceptual link. As she puts it, her activism as a pro surfer was driven by a refusal to let others determine what being a surfer meant for her. She set out to show how one could “redefine surfing spaces and surfing” in general, especially by focusing on gender disparities and LGBT issues. “The natural extension of that in politics is the same idea,” she explains, “that a politician or political spaces should not be defined by anyone else, that there actually is the opportunity to redefine political spaces.”

Looking out on the surf industry now, Schumacher sees a moment rich with possibility. She notes among the many sources of recent progress are the trailblazing work of female leadership at the top of the WSL, the equal pay measure, and the broader efforts of the Committee for Equity in Women’s Surfing. Far from being a new phenomenon, however, she emphasizes that the boundary-pushing occurring today has much deeper roots within the surfing world.

As she puts it, “transgressing stereotypes, transgressing what you’re told to be by society is what surfing has always been about. . . . We have the ability to transgress social lines, social mores, and do things in the world politically and otherwise. That really is where you see the true change emerging from.”

Anyone looking for proof, I will add, can turn to Schumacher herself.