Dear VanLifers: You’re Turning My Town Into a Bubbling Pile of Trash 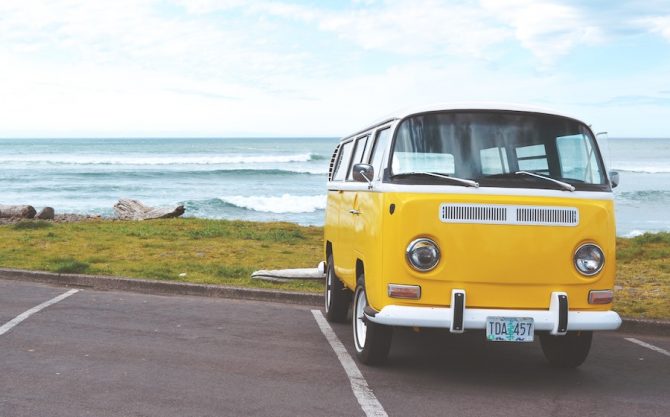 Most mornings as I drive down Lincoln Avenue in San Francisco on my way to surf Ocean Beach, parked alongside Golden Gate Park is a line of sedans with towels over the windows, dirty campers, and derelict minivans that haven’t moved since the last time the street sweeper came through. Recently, they’ve been joined by a couple of Sprinter-style vans whose expensive roof racks and off-road tires are a stark contrast to the vehicles parked alongside them. People have been sleeping in their cars out of necessity way before the vanlife movement started.

San Francisco is no stranger to homelessness, and since the 1969 Summer of Love, has alternated between somewhere that welcomes homelessness to a place that at least tolerates it. As a coastal city with a temperate climate and plenty of parks, it’s a natural draw for such populations. Another thing San Francisco is no stranger to though, is gentrification. Neighborhood after neighborhood has become increasingly “nicer,” whiter, and more expensive. Who would have thought the next thing to be gentrified would be living in one’s car?

Like San Francisco, my former home of West Marin has its own history with homelessness, especially in the town of Bolinas. A “socially acknowledged, nature-loving town”, Bolinas has allowed people to live in their cars for as long as I can remember. Those doing so were mostly scruffy but friendly older men whose vehicles were tucked away along streets near the water. A few years ago they started to have neighbors — Toyota Tacomas with camper shells and Colorado license plates, Chevy Astrovans from Oregon. I once even noticed a Cruise America RV rental. ‘Camping’ in Bolinas got to be so popular, and the smell of piss and shit so unbearable, that the town had to adjust its sleeping-in-your-car policy, limiting the area that it can be legally done to one small parcel away from homes and conveniently located near a public bathroom. For a few years, this fixed the problem. Then the COVID-19 pandemic hit, and everyone, understandably, wanted to get out of dodge (forgive the pun).

As mentioned in a recent article on the subject appearing on The Inertia, the main issue with vanlife comes from the toilet. When you gotta go, you gotta go, and if your car or van doesn’t have a toilet, you’re going to have to find somewhere, be it a public toilet, or the great outdoors. Generally not a problem, but with the explosion of this culture and the sharp decline in available public toilets due to the pandemic, it’s become much more of a problem.

These days, the vanlifers are all over West Marin. Most nights on the twisty-turney Panoramic Highway, you can find most turnouts occupied by a van or RV. Down on Shoreline Highway, there’s been an entire caravan that has set up camp in one of the larger pullouts for the past two weeks, consisting of a couple RVs, smaller cars presumably for day trips, and one honest-to-god wooden trailer that looks like it should be pulled by a horse rather than a car. My point being, this recent craze is getting out of hand.

It’s hard to fault the vanlifers, or anyone to be honest, for wanting to escape. With everything going on right now, we’re all going a bit stir-crazy and want to get out. Which itself shouldn’t be a problem. What is the problem is our tendency towards carelessness, especially when one can just drive away and leave one’s refuse for the next visitor to deal with. When you multiply this carelessness by the amount of people trying to get outside, you get a lot of refuse, often dumped on smaller coastal communities who don’t have the resources to clean up after everyone else.

It doesn’t have to be this way. We can do better and should. I think the most important thing we as lovers of the great outdoors can do is treat it like a child rather than a parent. The Earth, despite all the imagery of motherhood surrounding it, will not pick up your discarded beer cans and candy wrappers. You need to do that (as well as bury your poop and pack out your toilet paper). Furthermore, the earth needs our protection from others.

When you see that dirty food wrapper or crushed beer can in your beach parking lot, pick it up! You’re not going to get Coronavirus from it, especially if you sanitize your hands after (which you should be doing anyways, you dirty hippie). Buy a shovel, pack out your trash (including that gross toilet paper) and furthermore, recognize that this idea of living in your car is something that people in much less romantic circumstances take on, in response to much more dire circumstances than your stir-craze. As we enjoy the great outdoors from the back of our car or van, let’s not ruin it for everyone else. Because if you’re doing it to get out, you’re doing it as a choice. And free choice is a privilege we shouldn’t take lightly.