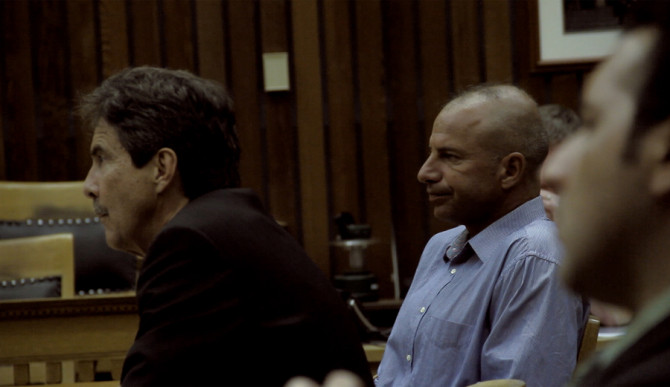 If you’re like me, every time you try to get hooked on a new show you end up thinking, “this is good…but it’s not Breaking Bad good.” So for all of you surfing aficionados, what if I told you there was a film that broke bad, broke waves, and broke boundaries? Well there is: Learning to Breathe: The Anthony Ruffo Story.

Directed by Rocky Romano of The Go Big Project, Learning to Breathe is a documentary following Santa Cruz’s surfing legend Anthony Ruffo, and his spiral into meth addiction, the road to recovery, and the issue of drugs beyond the surfing community.

Action sports media is notorious for its entertainment value. We love flipping through shots of aerial backhands, and watching videos of the bravest surfers dropping into monsters at Teahupo’o. But Learning to Breathe expands the range by tapping into the tabooed subject of drug addiction in the surfing community. And despite the lack of financial backing during the film’s three-year production, Romano was determined to get his message out.

“It was important to tackle this story and make a difference,” says Romano. “It’s not just a surf problem. It’s not just a Santa Cruz problem. I saw the damage that it had been doing in my community and I was really fed up with it and not having it addressed. It’s a community problem, and I wanted to tell its story from an action sports point of view.”

With surfing comes the vision of a carefree lifestyle. What could be better than getting paid to travel to beautiful destinations for the best waves on earth with a quality supply of boards? Ruffo was sucked into that world after becoming the first champion of the Santa Cruz Coldwater Classic in 1985. But with that world came the parties. And methamphetamine was always a VIP invitee to the festivities. 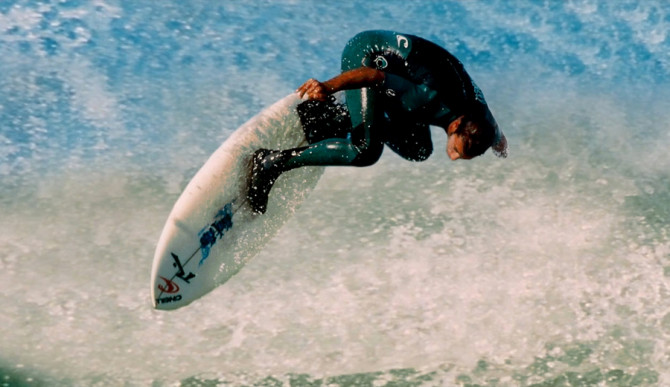 Ruffo, where he really belonged: in the lineup. Photo: Rocky Romano

However, Learning to Breathe is not your average “Above the Influence” commercial.

For the first time, Romano is able to get Ruffo to open up about his ascent into success and the spiral into the darkness. Ruffo doesn’t just tell his story — he reveals his demons. We listen to Ruffo as he tells us about his first encounter with the DA and getting busted by the feds. His action not only affected his career and sponsorships, but his relationships as well. His lips do the speaking, and his eyes affirm his honesty.

“Ruffo had the hardest times talking about friends that he had lost to drugs and the surfing world. Any sorts of questions about staying out of prison or doing community service out of the goodness of his heart were things that he’d talk about, but would have the most difficulty with.”

And it makes sense that. Romano and his team followed Ruffo during his trial and rehabilitation, getting a firsthand account of the unfolding, pain and all.

“We thought the film was going to be a pretty straightforward story about a surf legend brought up into drugs and down into a spiral, but there were a lot of surprises” says Romano. “Watching Ruffo’s rehab was definitely cool, but hearing about the state of our justice system was depriving. A weak economy affects us in ways we couldn’t imagine.”

We are inevitably brought to the front line of the War On Drugs. Overcrowding in prisons has become a continuing economic problem that makes us wonder what we can do to fix it. Should we shift more state inmates to county jails and private facilities? Should we implement the death penalty more heavily? Or how about treating drug addiction as a mental illness rather than a criminal offense?

While we follow Ruffo’s case, the film opens our minds to a drug addict’s side against the law, and we are able to see the grey areas that a court is not be able to witness. “The guys that worked on this film were incredibly honest,” Romano says. “People have never really seen surfers of that magnitude speak on drugs and family. It makes for an interesting story and twist to make it the film that it is.”

But ultimately, the film aims to teach us about community, awareness, and action. Positive outcomes are possible despite plight, and the power of community plays a huge role in the process.

Ruffo is back on his board doing what he loves to do. He is currently participating in Operation Surf, providing his community with ongoing advice and recommendations on healthy lifestyle choices and recreational activities. It may not be a completely fresh start, but his efforts to turn his life around are being embraced.

In 2012, the ASP officially began drug-testing athletes. “Professionalism has progressed a lot in the decades and the athletes aspire to be respected. What happened with Andy Irons and Anthony was definitely an eye opener. I wouldn’t be surprised if they implemented it even harder this coming year” says Romano.

“I hope that people really appreciate the story and how we put it together,” Romano adds. “I hope that people understand that the film represents community. It doesn’t have to be a surf community. The same thing can be happening in any community. And with participation and positive choices, we can make a huge difference.”

Literal blood, sweat and tears went into making the film. And the stellar reviews weren’t given just for show.

Support the film by downloading it online via Amazon and iTunes. You won’t regret it.

For more on the film and The Go Big Project’s latest and next ventures, visit TheGoBigProject.com.