Evan Geiselman just suffered a serious injury after a wipeout at Pipeline on the North Shore of O’ahu.

According to photographer Matt Hoffman, Geiselman was held under for a three-wave set after this barrel closed out on him. He was found unconscious by bodyboarder Andre Botha, and taken out of the water by surfer Mick Fanning and the North Shore lifeguards.

One witness said Botha found him floating face down in the water.

“He was lying eyes closed gasping for air like a fish out of water on the beach,” said The Inertia Associate Editor Dashel Pierson, who witnessed the wipeout. “It was a really scary moment. Every one on the beach was holding their breath praying that he was okay.”

Our thoughts and prayers are with the Geiselman family. We will keep you updated as more information becomes available. 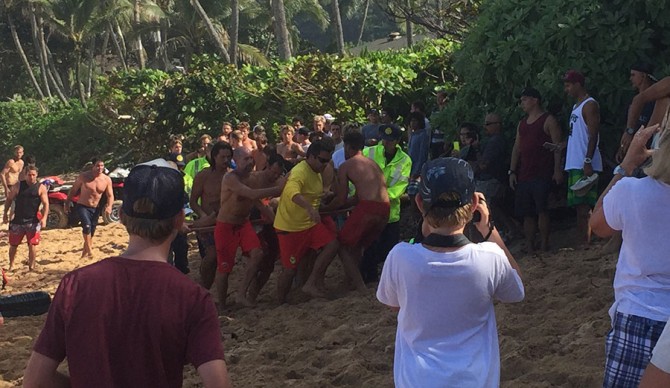 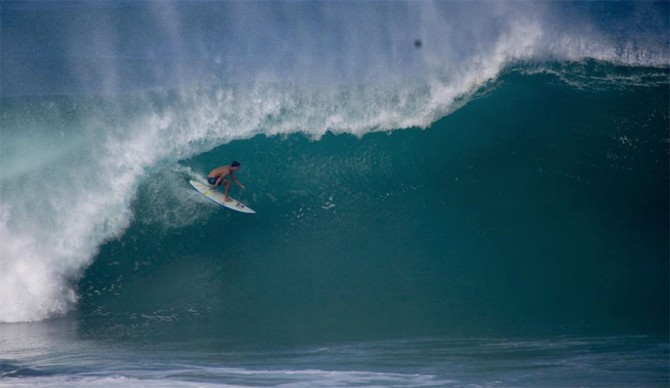 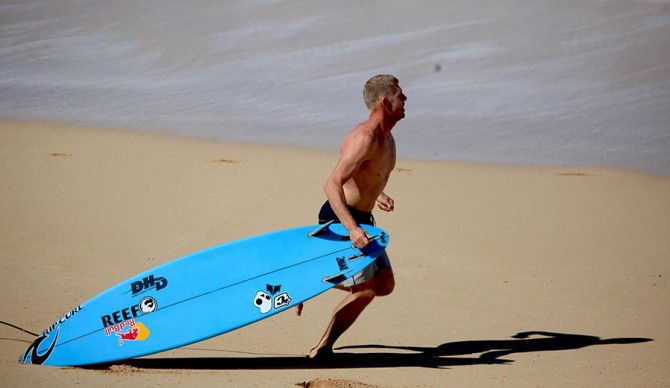