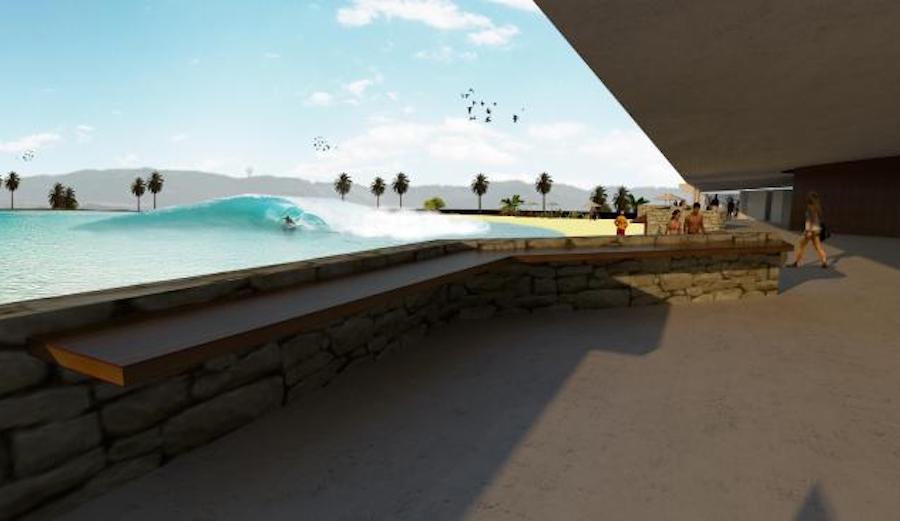 A full-sized version of the wave generation technology developed by legendary board-builder Greg Webber has been long anticipated. Not least of which because for years Webber himself has claimed his tech can produce 500 waves per hour, is fully customizable, and far superior to that of Kelly Slater Wave Co., Wave Garden, et. al. The proof, as it were, would be in the pudding.

Last December, though, news broke that a company called Tunnel Vision Holding Pty Ltd intended to bring a wave pool, powered by Webber Wave Pools’ technology, to the Gold Coast. The information came as a result of a development application leaked to the Gold Coast Bulletin. The pool was coming, but legal hurdles and bureaucratic red tape remained.

“Tunnel Vision Wave Park can confirm the approval of the development application to build their first wave park in Australia,” explains the company in a release. “With the ongoing support of investLogan, the team are stoked to be one step closer to delivering Tunnel Vision Wave Park in Logan City, a great location between Brisbane and the Gold Coast.”

The release both explains that construction may begin “immediately” but is also dependent on “the resolution of the Logan City Council and Logan Alma Park Zoo legal case.” In 2015, a plan to develop a zoo in Logan City fizzled after the city council invested half a million dollars in the project. The city sued – a matter that, apparently, isn’t yet fully resolved.

This is likely the reason Tunnel Vision’s release stops short of throwing out an expected opening date.

Still, according to their website Tunnel Vision is already asking interested surfers to reserve their session before the launch. Beyond that, the site offers lots of promises with little imagery to support.

“Tunnel Vision Wave Park is set to be an Australian first, delivering up to 500 waves per hour peeling both left and right,” the site reads. “The flawless 500+ waves can reach in excess of 2 meters in height and will deliver up to a 20-second ride of perfection.  All day, every day.”

Cost per session also hasn’t been solidified. “We have a few ideas being thrown around on what a single session will cost,” explains the website. “We will be getting feedback from Tunnel Vision members in the near future.”

So for now, we wait to see if and when this 500+ wave per hour dream will become a reality.