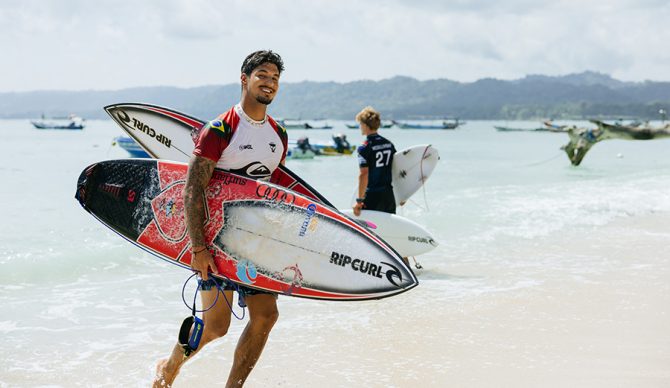 Yes, the man just seems more relaxed. He definitely doesn’t have to worry about his boards. Photo: Matt Dunbar//WSL

Johnny Cabianca of Cabianca Surfboards grew up in Maresias, Brazil, the same hometown as Gabriel Medina. He made Gabriel Medina’s first surfboard when the three-time world champ was just four. In 2005, Cabianca moved to the Basque Country to shape under the Pukas label. In 2009, the 14-year-old Gabriel put himself in the spotlight at Grom Search Final in France when he won the Final with a pair of 10s.

That day he was riding a hand-shaped Cabianca and has continued to do so throughout his entire career. Cabianca started his own label in 2015 and the pair have a unique handshake arrangement that doesn’t get the recognition it deserves. We caught up with Johnny, who had just returned from El Salvador, to see what Gabe’s been riding, and where he’s headed with his surfing.

How was it hanging with Gabriel in El Salvador?

He was in a great mood. The first part of the year he had been hanging and partying with friends. So just doing all the fun stuff that he missed out on when he was younger.

So the break from competition seemed to be a positive experience?

In El Salvador, he was hanging with Italo, Filipe, and Yago, and you could sense he was much more open and relaxed around those guys now. He’s also really tight with Jack Robinson. Jack had stayed with Gabe in Brazil for a few weeks and you can see their bond. Gabriel has matured and by being more open to more people, I think it’s made him happy. He looked really comfortable in his own skin. 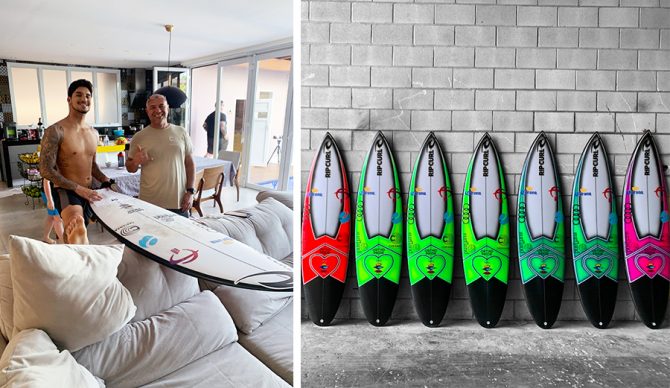 What was Gabriel’s quiver for the El Salvador event?
I made 10 boards for Gabriel for the comp in El Salvador. I hadn’t been there, but the intel was that it was a powerful and long wave, and so all the boards were between 6’0” and 6’2”, and made for more solid conditions. But with the smaller waves that came with the forecast, he just rode the 6’0”s the whole time.

What were the actual dimensions?
He rode his DFK model, which has a more curved rocker than his other Medina model. The 6’0”’s were 19 inches wide, two and 7/16 inches thick with a volume of 29 liters.

And what about his quiver for G-land?
He went to Indonesia for a month and I made 15 boards. He was primarily there making his new movie. He started in Bali, filmed in the Mentawais, scored Desert Point, and then went to Grajagan. We didn’t vary much from his competition boards in terms of dimensions, I just made a slight change in the rails. They were lower and sharper and he was pretty stoked how they went. I think we’ll incorporate those rails into his boards for J-Bay.

And for Rio?
He had so many boards left over from that Indonesia trip that he didn’t need any more boards bigger than the 6’0”s. I just made another 5’11” of the DFK model. They were the same dimensions as the six-footers, just with a little less volume at 28.5 liters. 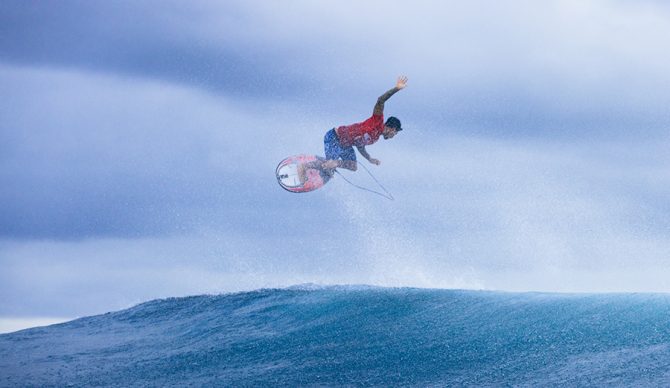 Is he pretty switched on when it comes to all the tiny changes in the dimensions and design?
Well, he said that as a part of his movie he will come here to the shaping bay in the Basque country and make a board with me? So that showed some interest.

What do you think his shaping skills are like?
[Laughs] I would say he currently has zero shaping ability. Very recently he would still ask me what model was what when he picked his boards. However, that’s just because we have been shaping together for almost 15 years. He was like, ‘What can I say, Johnny? I’m relaxed, I believe in you and trust your boards and let’s just keep working together.’

And how many boards do you make for him each year?
Well, traditionally I’d make 10 boards for each CT event, so around 100 a year. However, that has been one change he has requested recently. He told me that he wanted to simplify that process as he just didn’t need that many surfboards. It made sense and was another sign of his maturity.

And finally, how’s his surfing? Is he still improving?
Man, it’s been a good year for him and his surfing. His board speed and control in the air were out of this world. He’s getting better and better. In terms of shaping his surfboards, I’m just trying to keep up and see where he takes us.