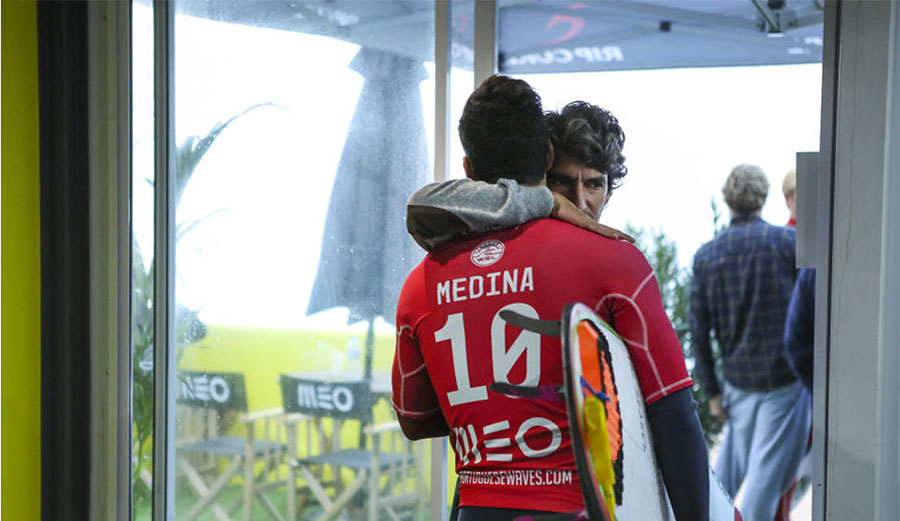 Remember last year when Charlie Rodrigues, Gabriel Medina’s stepfather, snapped in Portugal last year? Well, word just came down from the high tower that Charlie (sometimes known as Gabby Daddy) isn’t welcome at a WSL event until April of 2017.  They suspended him for his actions.

A few years ago, I was watching an ex-girlfriend’s cousin play a hockey game in a small Canadian town called Kaslo. If memory serves correctly (which it almost never does), the kids playing were probably about 12 years old. There was a dad there who was absolutely losing his shit–banging on the glass and swearing at the other team, his face bright red with rage, veins bulging in his neck. At some point, he called a kid a pussy, then proceeded to heckle him when he left the ice. It was the weirdest thing I’ve ever seen. It’s not uncommon, either. It’s just hockey dads, and it’s part and parcel of junior hockey. Charlie Rodrigues is a hockey dad, but it’s not part and parcel of surfing.

“In addition to personally apologizing to the officials involved,” read a WSL press release, “Mr. Medina has fully cooperated with the League’s investigation into the incident and has accepted the sanction of suspension.”

Charlie does feel bad about it, though. “I regret my actions in Portugal last October,” he said. “That is not the kind of person I strive to be and does not reflect the values of my family. It was an intense part of the season and I responded poorly to it. I want to apologize to the WSL, the officials and supporters of this community. This sport has given everything to my family and continues to provide a platform for the world’s best surfers. Good luck to everyone this season.”