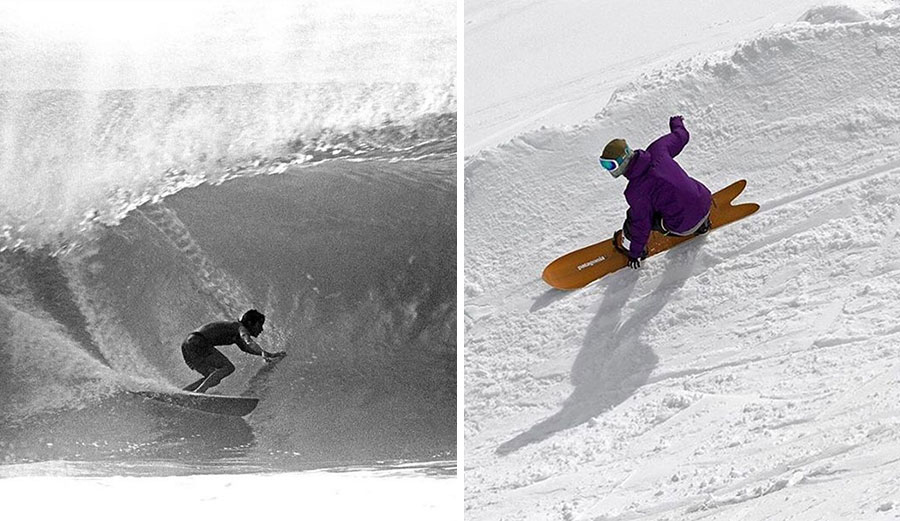 The Big Wave Challenge at Mt. Bachelor is ON. Photos: Instagram@bigwave_challenge

As you probably know, Gerry Lopez moved to the mountains years ago. After a lifetime of searching for perfect waves, he broadened his focus to the mountains. But as the saying (sort of) goes, you can take the surfer out of the ocean, but you can’t take the ocean out of the surfer. As he got to know the mountain, he found features that reminded him of waves on the North Shore and ended up with a very cool idea. “There’s all these terrain features that look like waves. I ended up getting very familiar with them and ended up naming a lot of them after surf spots. Then Andy Goggins came up with the idea to have an event using some of those features. I thought, ‘well that’s a good idea… let’s call it the Big Wave Challenge.’”

Just because Lopez spends a lot of time on the mountain doesn’t mean he’s entirely gone away from surfing-–far from it, in fact. He’s just finding different ways to keep the fires stoked. River surfing, for one. Snowboarding, though, is very similar to surfing, at least in Gerry’s mind. “Of all the offshoot sports of surfing, I think snowboarding is really the closest one to surfing,” he explained. “Basically, that’s what you’re doing—you’re surfing the mountain. In a lot of ways, it is like the ocean… certainly, in a spiritual sense, it is.”

The Big Wave Challenge, which starts on April 7th and runs through April 9th, “features a series of huge sweeping banked corners, quarter pipes and spines, incorporating the natural terrain as much as possible, to create wave-like features into a flowing course.” Here’s his son, Alex, giving an example:

At the center of the Big Wave Challenge isn’t a trophy (although there is one, along with about $25,000 in prizes). Instead, the focus is on having fun. This year, there won’t be any qualifying rounds. Every contestant competes throughout the weekend on a series of features modeled after waves around the world.