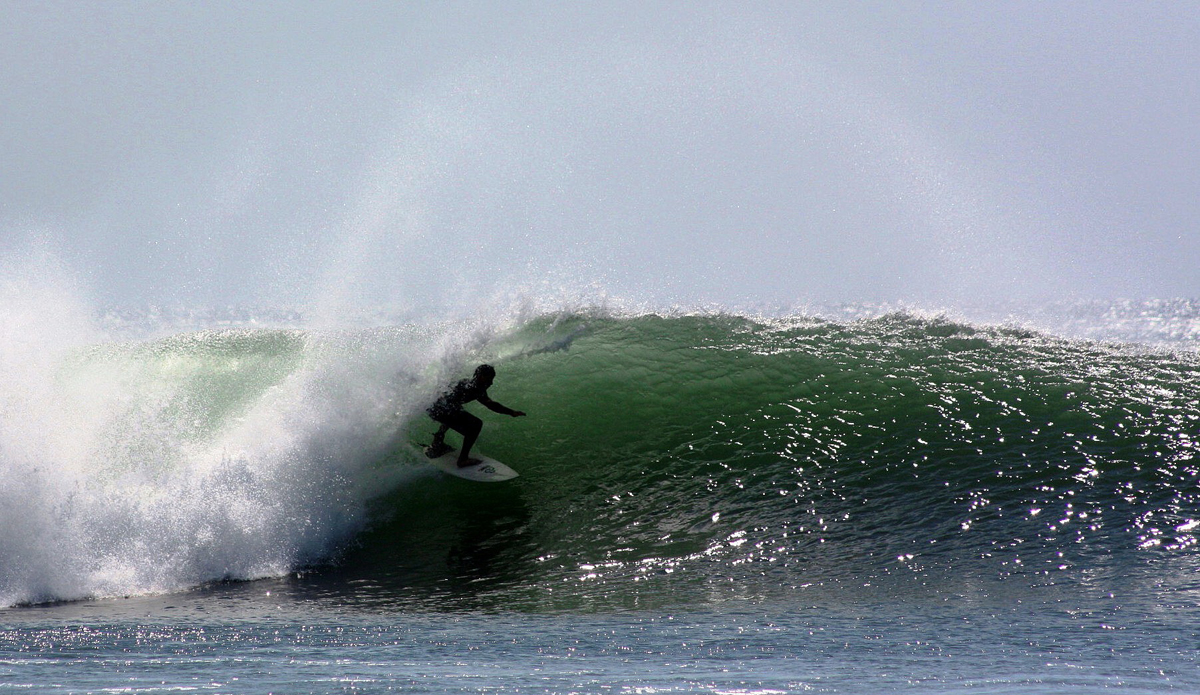 Hiding from the sun. 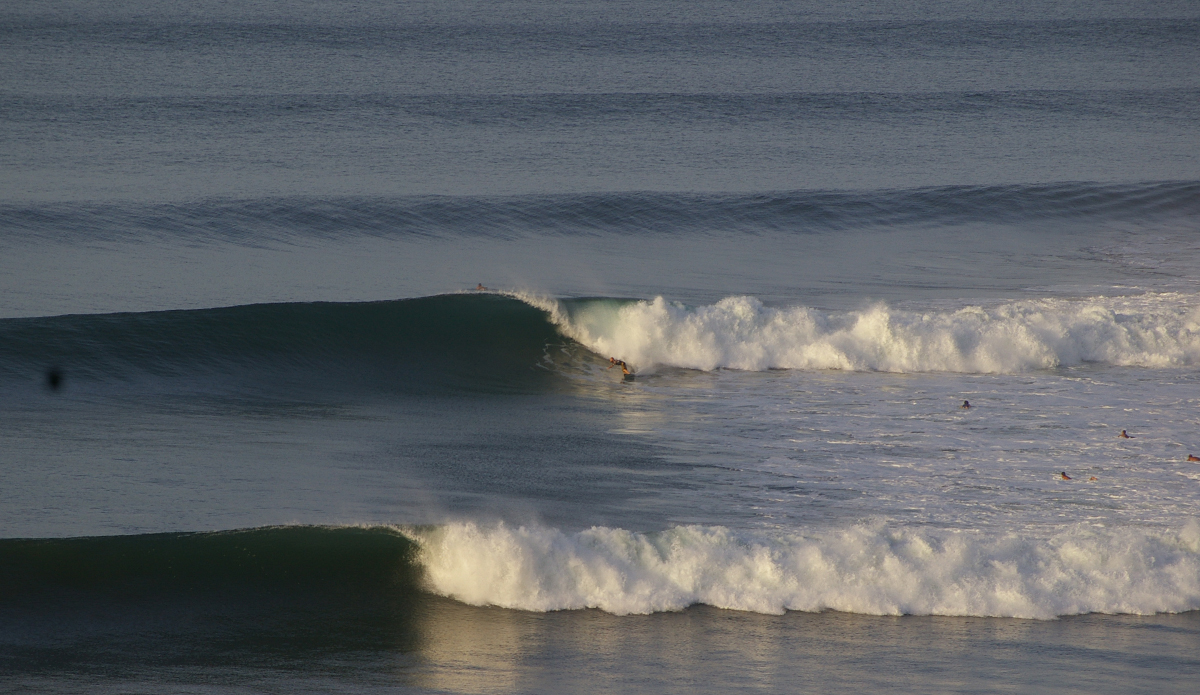 In the spring, the south swells bring perfection. 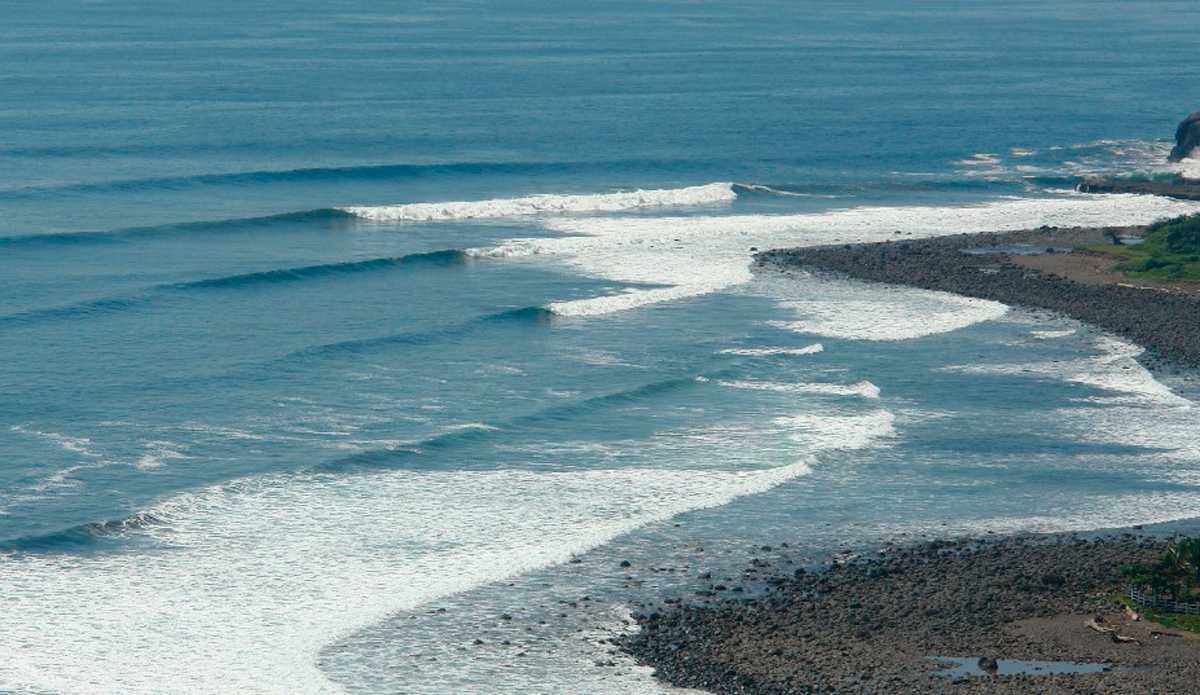 K61. This is a place to put on your bucket list. 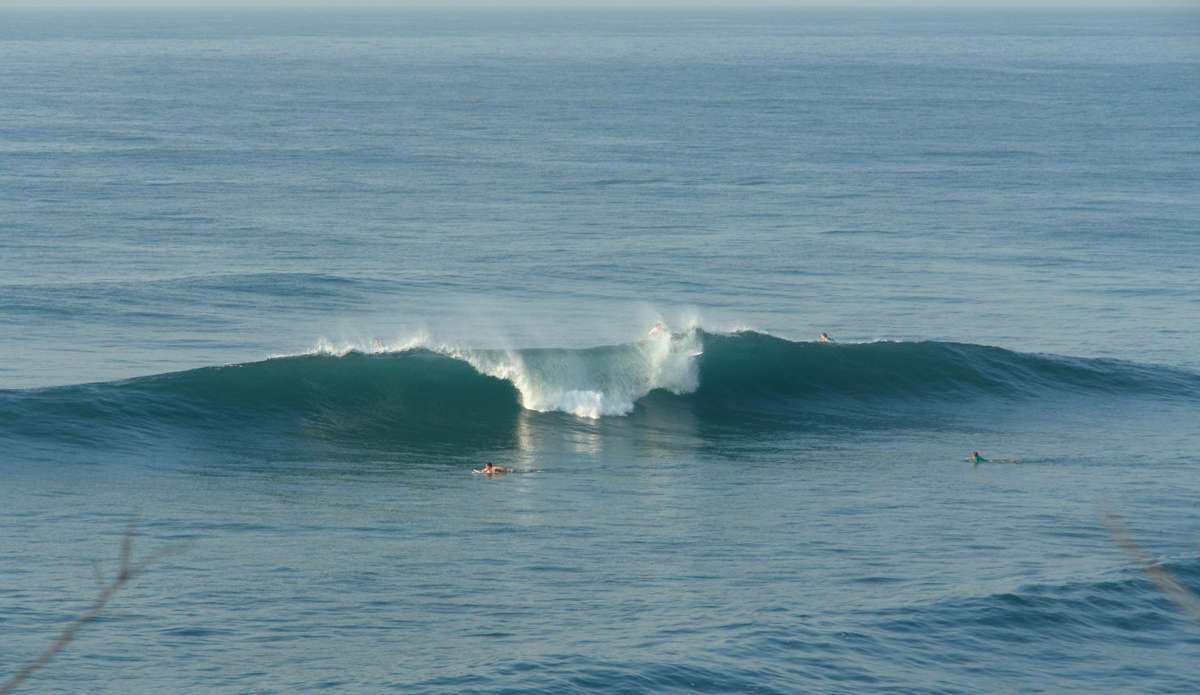 This wave. Three people out. Only in El Salvador. 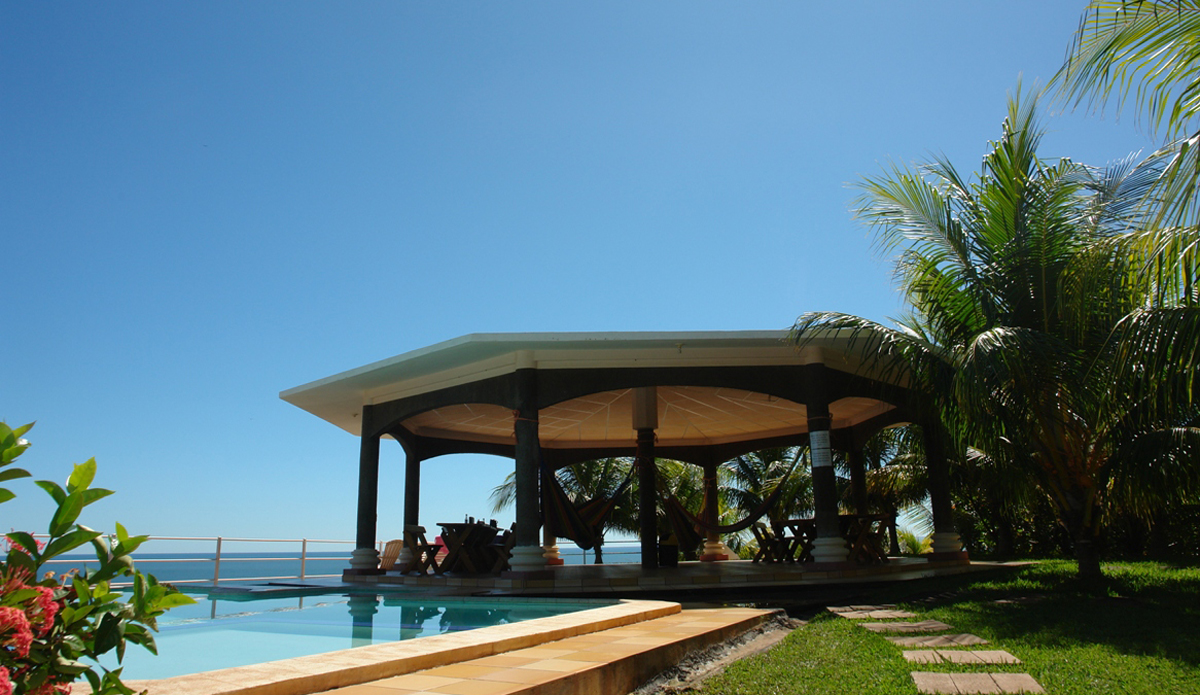 There are worse places to spend your time. 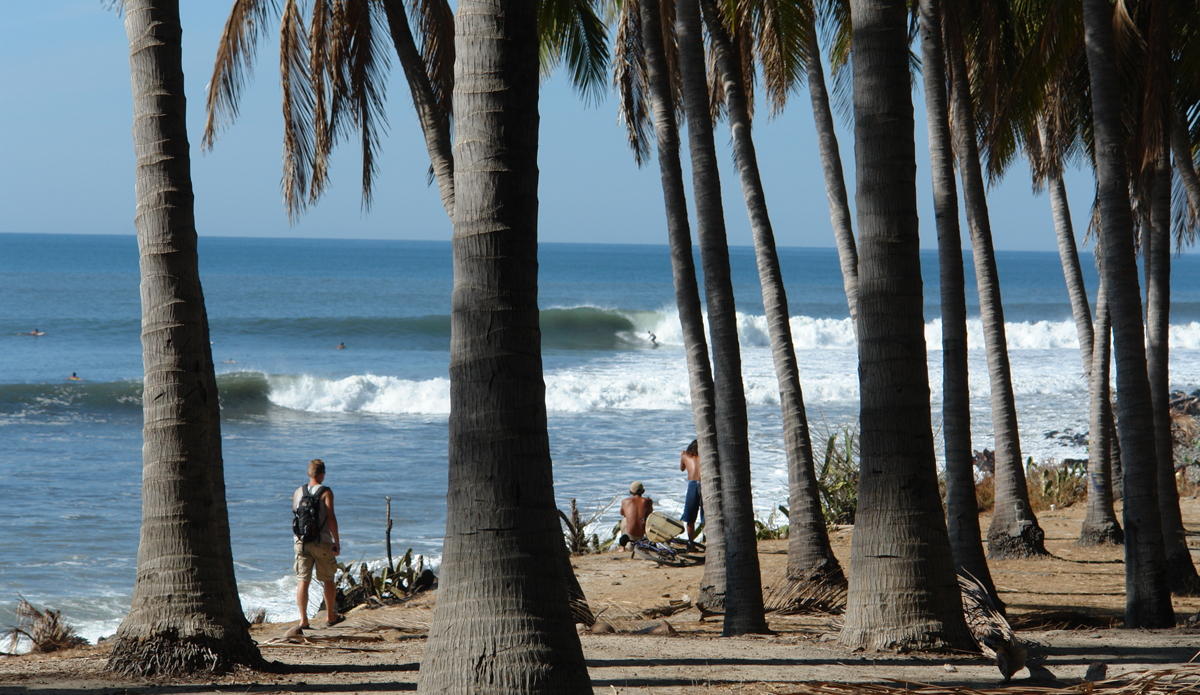 Perfection through the palms. El Salvador. 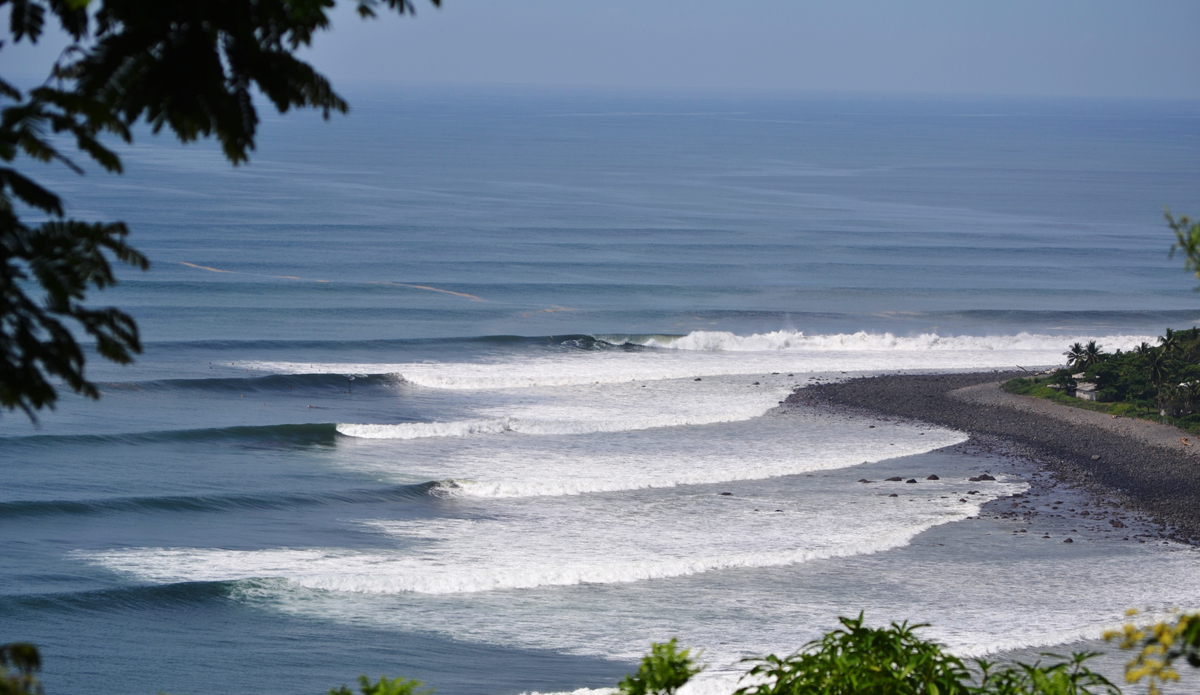 Imagine cresting a hill and seeing these stacking up? 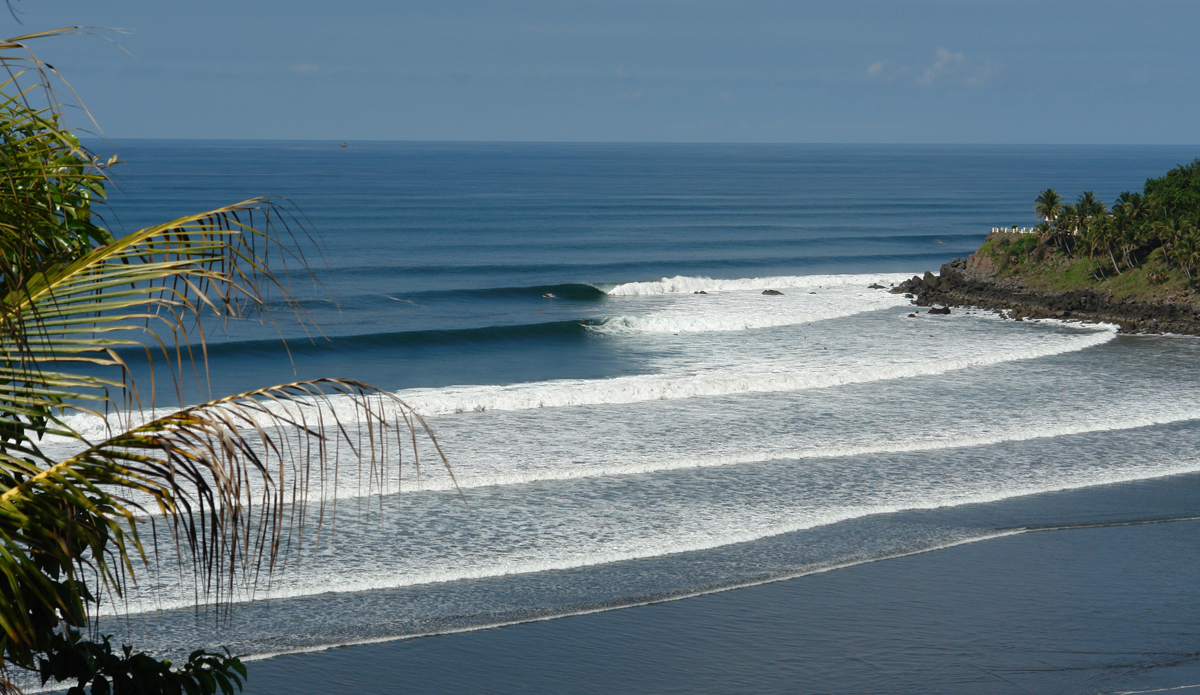 That's the south swell that's going to light up your life in El Salvador. 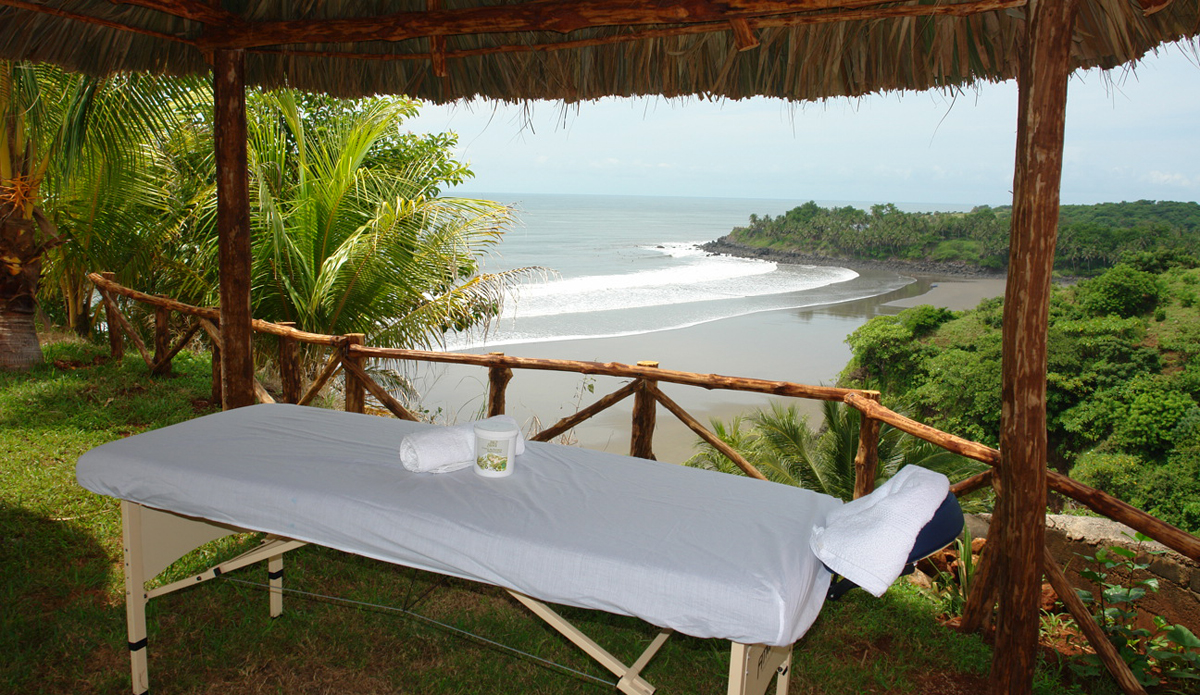 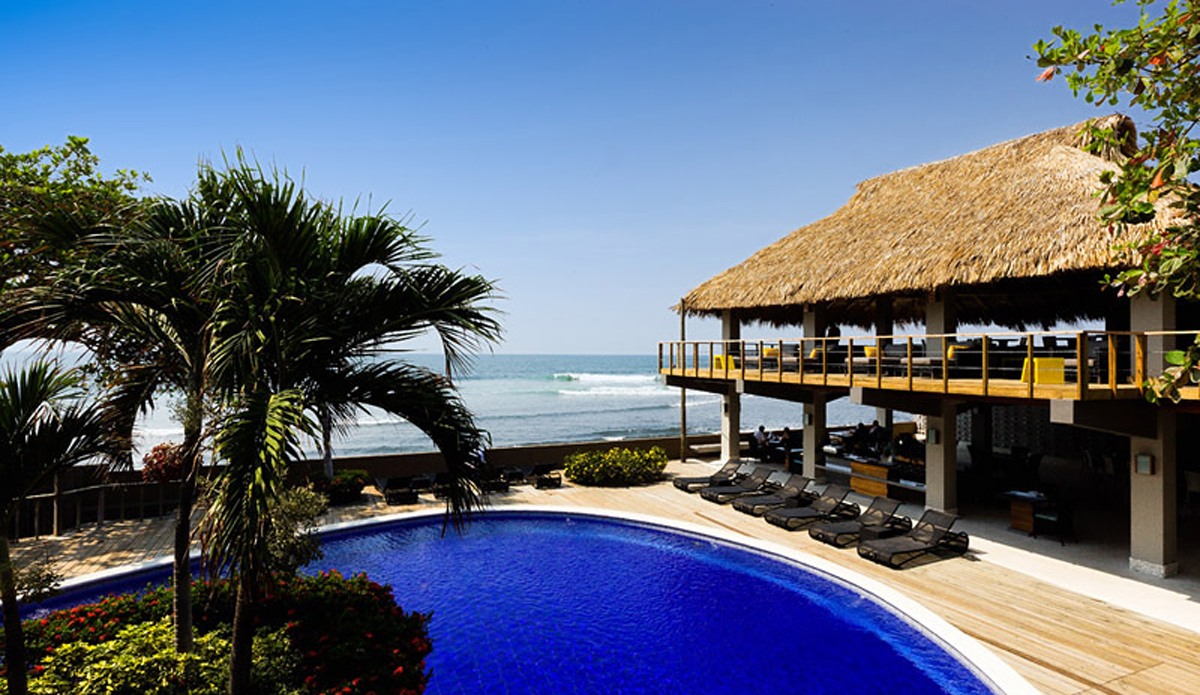 Need a place to crash? WaterWays Surf Adventureshas you covered. 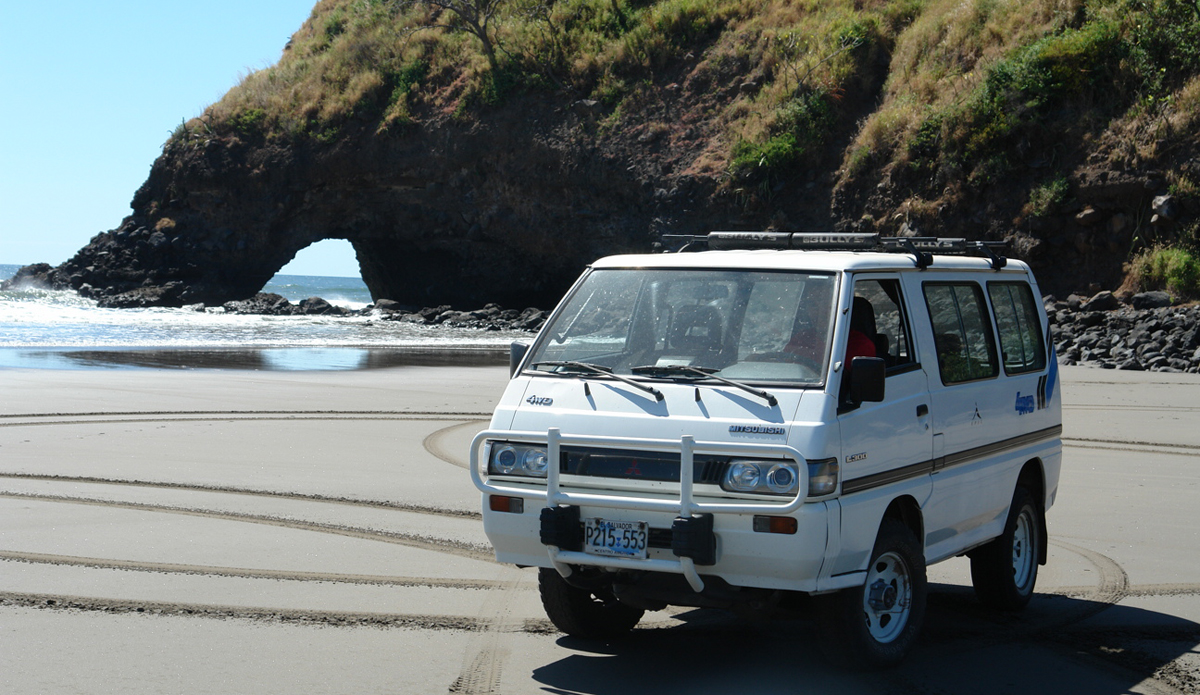 Need a ride? Get a guide. 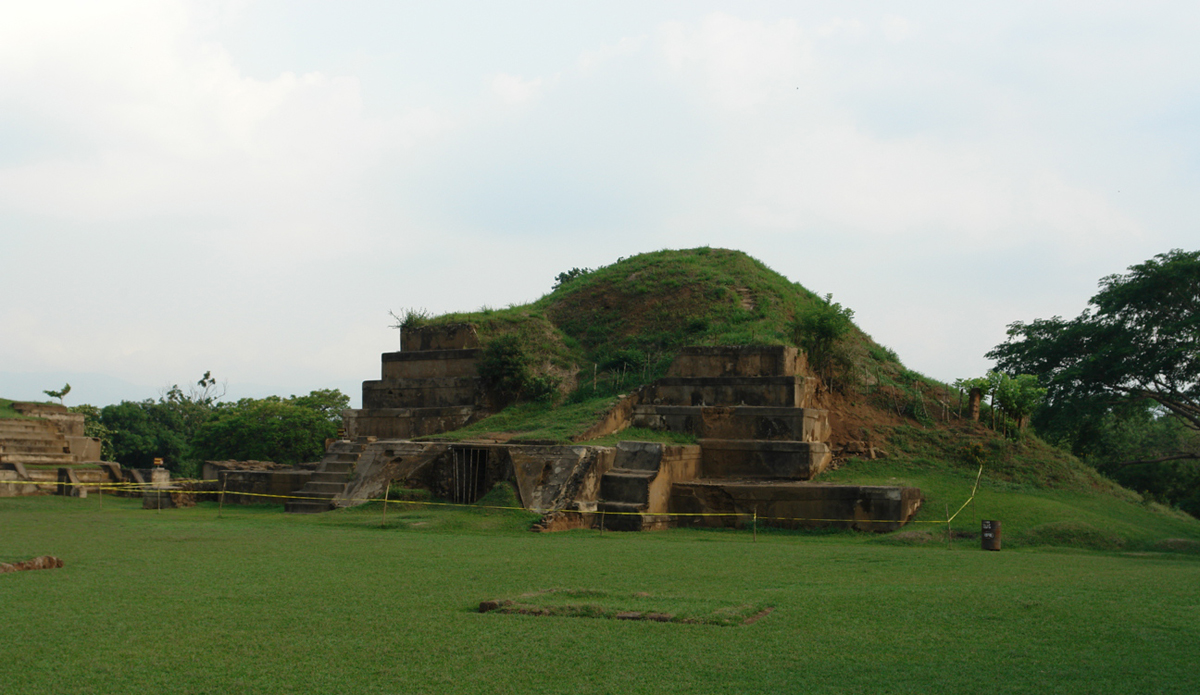 Plenty to do on flat days (if you run into them). 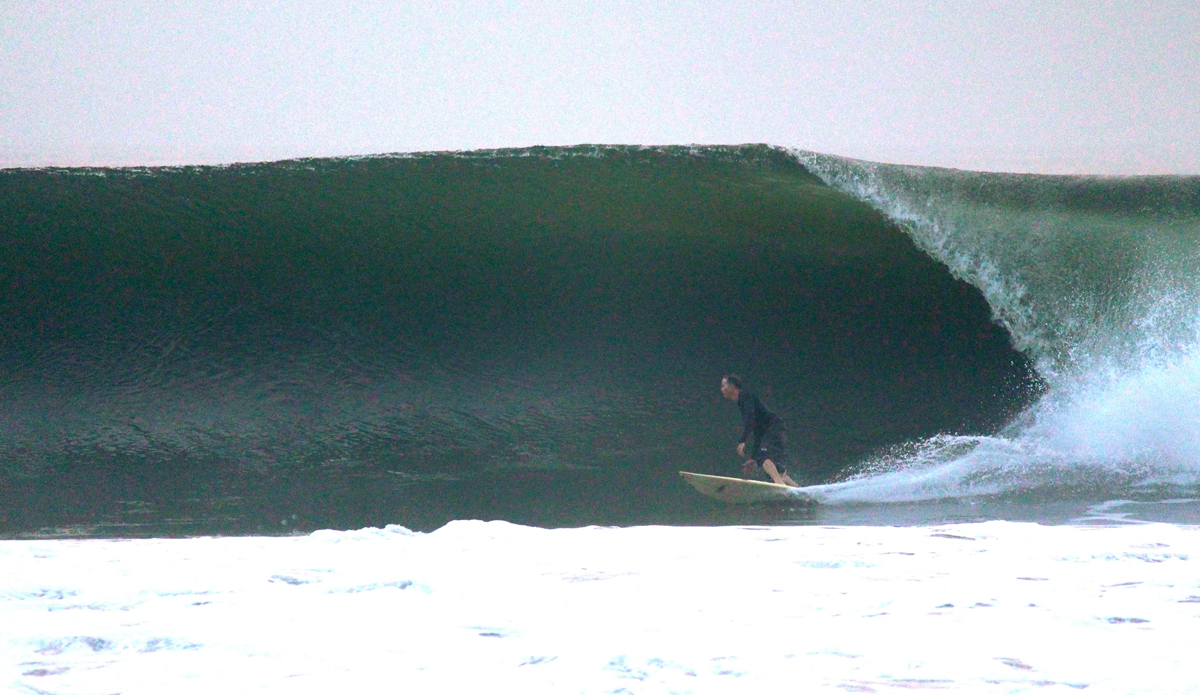 Punta Mango – it's pretty much everything you've ever wanted in a wave.

This installment of #GoThere is powered by WaterWays Surf Adventures.

A few months ago, a friend of mine called me. “Hey, I’m doing a trip,” he said. “Guess where?” In what was, I assume, an attempt to pique my interest, he made me play a guessing game. “Longest right points ever,” he told me. “Cheap beer and warm water,” he continued. I gave up after guessing a laundry list of the usual suspects: Indo, Costa Rica, Nicaragua. None of them were right.

“El Salvador,” he told me. He almost whispered it, like his phone was tapped by the same people that crowd waves.  Like they were following him around, surrounding him in places that would otherwise be empty.

The Republic of El Salvador is Central America’s smallest country. Honduras lies to the north, Nicaragua to the east, and nothing but the Pacific’s vast expanse to the south. Its mountain ranges are covered with lush, wet jungle, which give way to some of the most beautiful beaches in the world – beaches that are absolutely littered with some of the most perfect right hand point breaks on the planet.

One of the first things that came to mind when my friend called me was a perception of El Salvador that is somewhat dated. When a lot of people think of El Salvador, they think of civil war, poverty, and gunfire in the streets. Of course, these concerns are slightly warranted; as with any developing nation, crime can be an issue in certain areas. But if you’re traveling with a local guide, stick to safe areas (normally outside city centers), and keep your shit hidden, you’ll be fine. And the guides in the area make their living guiding tourists, so your safety amounts to food on their family’s table. Tourism is quickly expanding in El Salvador, and the government wants it stay that way.

But back to the waves. Just south of San Salvador, La Libertad plays host to Punta Roca, the warmer, less crowded Malibu of the south. Interesting fact: the Malibu scenes in Big Wednesday were actually filmed there. That means that you will be treading the same sand as Gary Busey. And it’s not just Punta Roca that funnels in an amazing amount of waves. The entire coastline looks directly south, meaning, of course, that south swells march directly into it, turning the nearly endless headlands into a mind-boggling display of corduroy.

Of course, there is a wet season, which could mean heavy rainfall in the higher elevations, but in lower areas, it could just be a cooling afternoon shower. Go there in March or April, and watch as the south swells start turning the Pacific into a southern dreamland. Wait until summer,  and the Southern Hemisphere throws enormous, powerful swells at El Salvador, battering the coastline with huge, often perfect waves.

“El Salvador,” my friend told me. He’s back now, and I didn’t go with him. But he speaks about it now with a reverence normally reserved for church. He gets that faraway look in his eyes – vaguely wistful, remembering the country that still remains unspoiled by surf travel. It’s almost a foregone conclusion that many of these countries will undoubtedly see more crowds of surfers in the future, and that’s not a bad thing. Our selfish pursuit is far less important than the dollars tourism brings into many of these developing countries… so get it while the getting’s good.

Want to #GoThere? Check out Waterways Surf Adventures for everything you need to find waves, stay safe, and have the time of your life.