Have You Seen This Surfer Who Is Missing In Mexico? 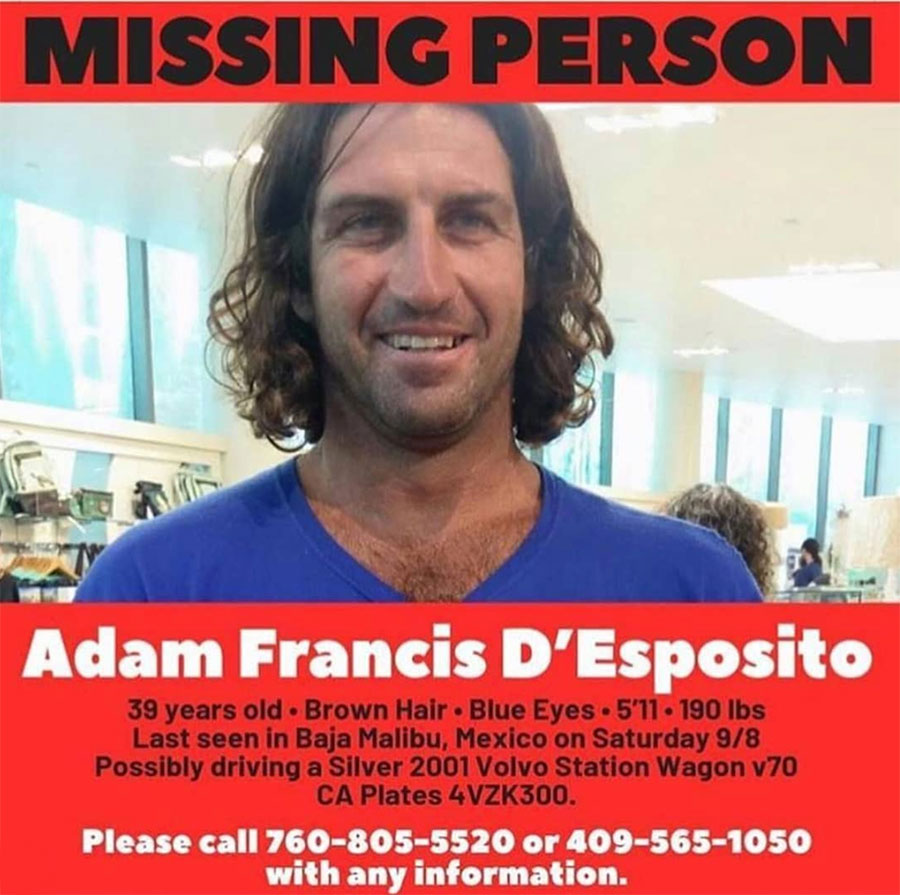 Adam Francis D’Esposito, a man many know as Biff, has been missing in Mexico since Saturday, Sept. 8th. The 39-year-old was last seen in Baja Malibu. D’Esposito is a well-known surfer in California lineups, loves Tahiti, and is a Baja regular. Kelly Slater recently posted an alert on Instagram: “A familiar face in our surf world has been missing for nearly two weeks, last seen in Baja Malibu, Mexico on 8/9 driving a silver Volvo station wagon,” he wrote. “It really hits home when someone you know goes missing. Please, anyone with any info whatsoever call the numbers on this post and/or leave a message below. Anything you might possibly have seen or heard could be helpful. You may have seen ‘Biff’ surfing in Tahiti or San Diego over the years. He’s been a familiar face in many lineups.”

According to reports, he may have been driving his father’s car, a silver 2001 Volvo station wagon, plate number 4VZK300. “He was last seen in Rosarito in bad condition on September 8th soaking wet in clothes, barefoot and scared,” wrote Sara Ferber, a Cardiff-based photographer, on Instagram. “The person who saw him has known him for a few years. Said it was bad then he ran off.”

Anyone with information on Adam’s whereabouts can call the number above.

Editor’s Note: It is with heavy hearts that we reported that Adam has been found dead in Rosarito.