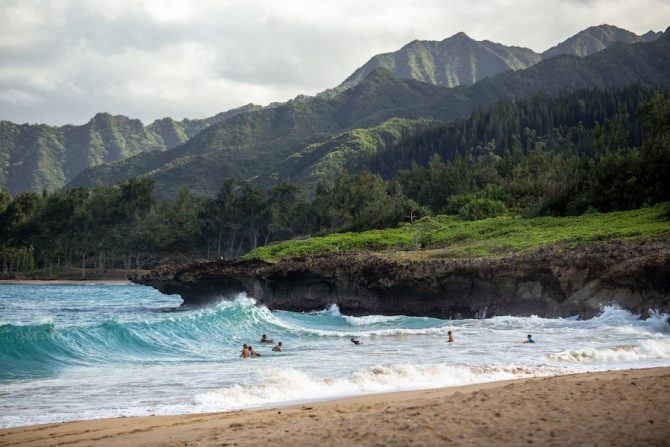 Wedges like this might be in your future but it’s not entirely clear how many tests you’ll need get there. Photo: Luke McKeown

If you haven’t been following the news regarding Hawaii’s unfolding tourism news, take a seat because this is sure to make your head spin. A week ago, we reported that Governor of Hawaii, David Ige, had announced a plan for reopening and restarting Hawaii’s tourism economy which before the pandemic, brought in $1.5 billion in revenue per month. Beginning October 15 (that’s tomorrow, y’all) travelers to the state of Hawaii will be allowed to bypass the mandatory 14-day quarantine that has been in place since the beginning of the pandemic with a negative COVID-19 test taken up to 72 hours before arrival. And airports on the mainland are gearing up to provide travelers with the resources they need to do so, as Oakland International Airport just announced it will be partnering with CityHealth Urgent Care to provide testing for travelers, making them a certified testing and travel partner with the state of Hawaii.

As we reported, leading officials on the islands strongly pushed back against this idea, with state legislators penning an open letter to Governor Ige which stated “the 72-hour pre-test and on-arrival temperature screening… will catch less than 60 percent of [infected] travelers to our islands.” Since then, the debate has raged on, with even Anthony Fauci wading into the fray, endorsing Ige’s plan but adding that secondary testing upon arrival would make a lot of sense.

Yesterday, reopening plans seemed to finally solidify, with Ige announcing that the state would move forward with its one-test plan and also implement a ‘Safe Travels’ registry where travelers will be required to upload their test results and answer a few questions. However, the biggest change of course came from Ige’s announcement that individual islands would be allowed to implement additional tests. So far, Maui and Kauai have announced that travelers will be asked to voluntarily get a second test upon landing on the island, and the Big Island is making a free, rapid-antigen test a requirement upon arrival. The antigen test is less sensitive than the PCR test which is the one required by the state before arrival, but it can provide results in 15-20 minutes.

Lieutenant-Governor Josh Green, the head of Hawaii’s Coronavirus Task Force will also be conducting voluntary testing with 10 percent of the travelers to Hawaii to ensure COVID-19 cases aren’t slipping through the cracks. However, he also stated that “Nothing will stop COVID from going through the cracks.” To him, it’s “purely a numbers game.” Cases are going to tick upwards as travel reopens, it’s just a question of how to keep the numbers from getting too high, while providing enough encouragement to visitors to travel to Hawaii and help restart the battered economy.