Hawaiian Airlines Fires Back to Kelly Slater’s Instagram Call Out 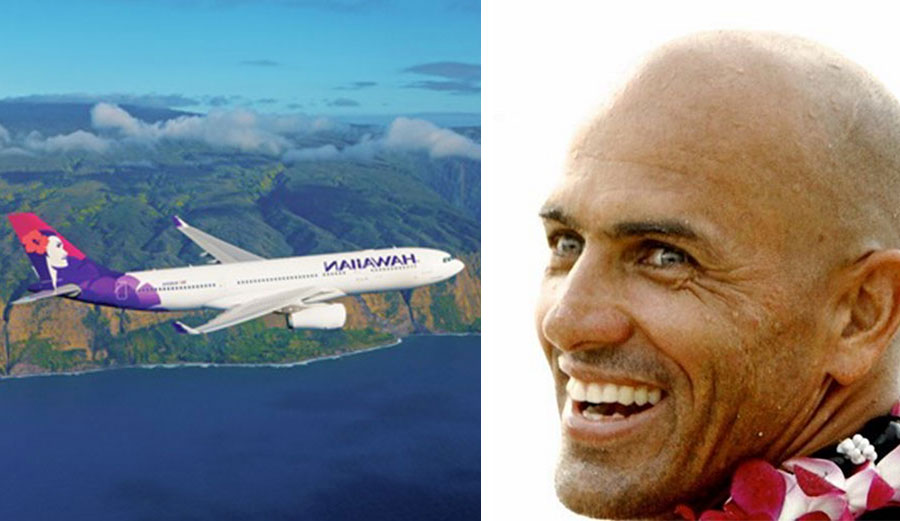 Hawaiian Airlines: “We hear you, but we don’t care!”

Everyone who has traveled with a surfboard knows that airline board bag fees, for the most part, are total bullshit. Everyone except airlines, apparently. So a few days ago when Bob Hurley and Kelly Slater very publicly called out Hawaiian Airlines about their bullshit board bag fees, everyone agreed.  Everyone except Hawaiian Airlines, who fired back with a very long response that says basically nothing. When it’s down to brass tacks, board bag fees make no sense.

This topic just baffles me… @hawaiianairlines should rectify their policy. It’s their #CashCow. They made over $80M last year in oversize/overweight baggage charges. #Repost @bobhurley with @repostapp ・・・ I get happy when I see this logo. I love @hawaiianairlines BUT, recently had a horrible experience. Normally airlines charge extra for surfboards. We all expect it. Had three small boards in a 23 pound bag. They only allow two…even itty bitty ones…Was told in Honolulu that it’s not possible to put them on the plane. I offered to pay xtra. Not possible says the manager. “Two is da rule”I said “it’s possible, I travel a ton and weight is the litmus test…she said this one time she would do me a favor…let me pay for two bags although it was one and she would look the other way….when I said…But…I felt like I may get arrested. Super bad vibes…Not another word… I know a lotta surfers that will no longer fly Hawaiian. I would be so happy to help with a practical and profitable policy…but they have not asked So sad for me. I don’t like doing stuff like this but I reached out to Hawaiian and they ignored me. Such a bum out. Be careful cause you will get busted for being smart and honest…#dontflyhawaiianairlines @johnjohn_slater. Whaaaaaa poor me😎😂@WSL @surfingmagazine @sharpeyesurfboards

We’ve gotten a lot of feedback in the last few days about our surfboard policies. It’s feedback we value and we want to respond to it directly here. Hawaiian Airlines carries a lot of surfboards—it’s part of who we are—and we’ve given these rules a lot of thought. We don’t expect everyone to agree with our policies, but we thought it would help to share some thoughts on why we have them. First, we take transporting your boards seriously. We understand their importance and do our best – not always successfully – to make sure they arrive in the same condition in which we accept them. There is a cost to that mālama (care) – unlike a checked-in suitcase, our customer service team must hand-carry surfboards from acceptance to the belly of the plane and manually process them through security screening. Plus, we’re liable for damages if something goes wrong. The fees we charge are intended to cover those costs, and we try to keep them reasonable and competitive. Second, we enforce some restrictions when it comes to checking in surfboards. The one that’s gotten a lot of attention this week is the limit of two boards per bag. That limit is based on our experience that it’s more likely boards will get damaged when three or more boards are packed together – damage for which we are rightly held liable. The majority of the other US airlines have the same rule, for the same reason. We try our best to inform our guests about these policies before they travel, because nothing is more upsetting and frustrating than learning about them at the airport. Information about ocean sporting equipment is maintained here – http://on.hwnair.com/SportsEquipmnt The community’s feedback on this specific policy has been heard loud and clear. This is a subject that is deeply personal to all of us at Hawaiian Airlines, as long-standing supporters of our local ocean sports and with many of our employees surfing when they’re not at work. We’ll continue to do our best to get your boards transported safely, and to extend you our very best hospitality. Mahalo.

Now, there’s a pretty major flaw here, aside from the entire idea of charging extra for surfboards is total bullshit (on most airlines, at least, flying with surfboards is more expensive than pretty much anything else). It’s the two-board limit. “The majority of the other US airlines have the same rule, for the same reason,” they wrote. Carissa Moore disagreed. “This isn’t a rule with ANY other airline. Only you,” she wrote on Instagram. Carissa Moore, as everyone knows, is basically a ball of shining, shimmering ball of fuzzy niceness. She, as far as I know, has never said anything critical about anyone ever. I’m sure that’s not true, but when Carissa Moore is calling you out, you’re doing something wrong. According to Grind TV, “United, American and Alaska Airlines all allow as many surfboards as a passenger can pack inside a board bag so long as it stays under a weight limit.” But after an email with someone over at Hawaiian, it turns out that Grind and Carissa has it wrong, at least with Alaska Airlines, which only allows two boards in a bag. American lets you pack as many as you can into a bag, just as long as it stays under 70 pounds, while United has the same rule, but with a heavier weight limit of 99.9 pounds.

And she wasn’t the only one to take sides. Mark Healey jumped in on the action, too. “@hawaiianairlines those are the worst excuses for a bad policy,” he wrote. Coco Ho, knowing that brevity is the soul of wit, wrote a simple, “Lame.”

Which it is. It is lame. When Kelly Slater said it’s “a default profit racket,” he hit the nail on the head. And Hawaiian Airline’s response is basically a long-winded way of saying, “Nope, sorry! What’re you going to do about it?”