Hawaiian Longboarder Tiki Willis Doubles As an Actress and a Surfer 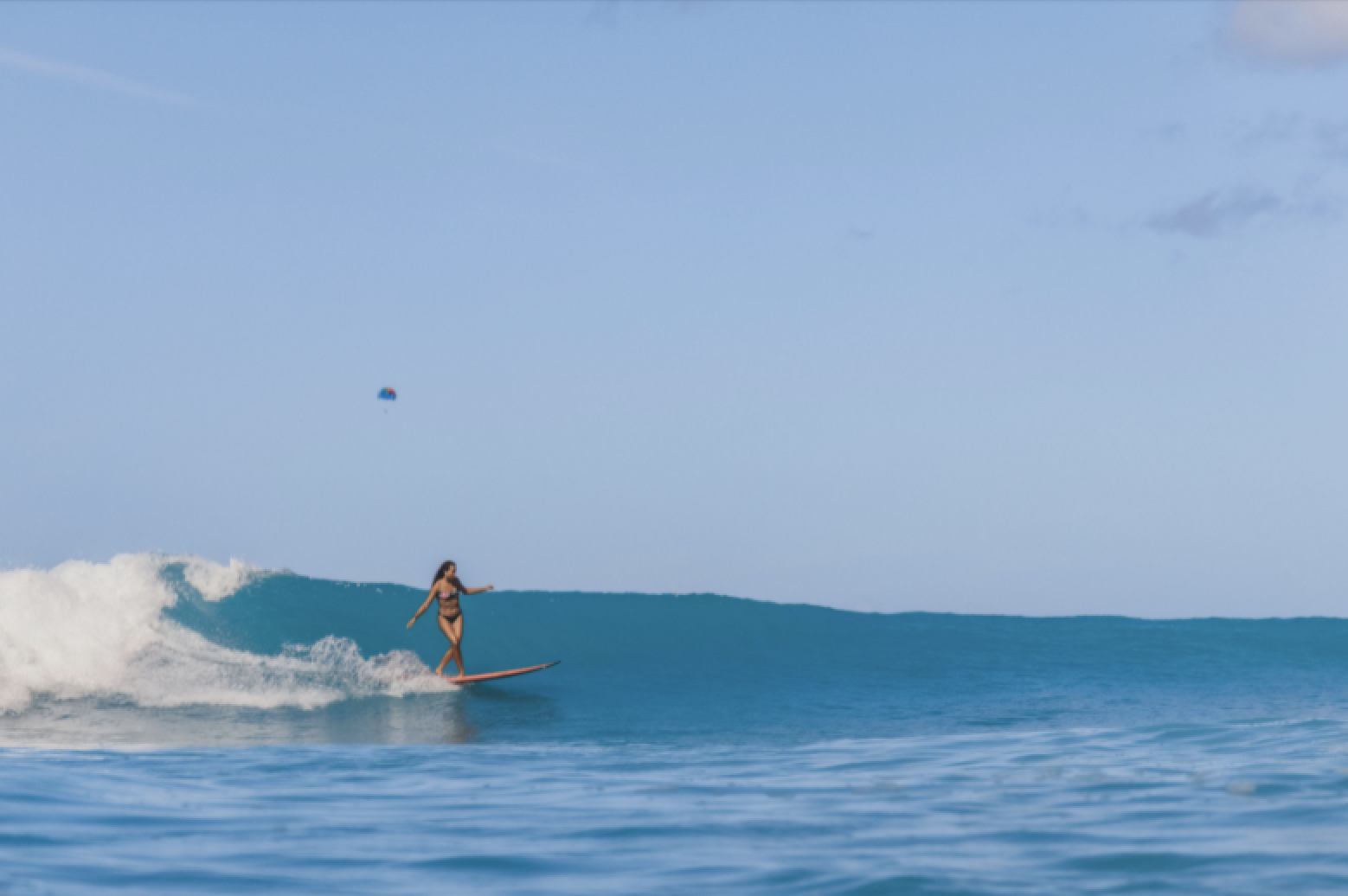 Tiki Willis was destined to be a surfer. Born and raised in Waikiki, Willis’s dad was a Waikiki beach boy and he taught her how to surf when she was just three. Through her dad, she learned about her Hawaiian culture and the importance of her roots. While she learned to surf from her dad, Willis’s mom had a background in acting and the young surfer became interested in that as well. Now, at age 18 Willis doubles as a surfer and actress and hopes to pursue a career in both. Here, Willis shares how she first got into competitive longboarding, the film projects she’s worked on, and her vision for the future.

Hawaii must have been a great place to grow up as a surfer.

I’m super grateful to have grow up in Hawaii and especially Waikiki. I feel privileged to have what some might call perfect waves. I’ve travelled a lot, but I don’t think anything can beat home, where I come from, the society I was brought up in, and being raised with a bunch of my friends playing in the shorebreak, surfing, or running around having fun. I guess that’s how it’s been my whole life, just a lot of having fun.

Why did you decide to make longboarding your focus?

When I was younger, I did a little bit of everything: standup paddle, shortboard, and longboard. But I really started getting into longboarding when I was about 12 or 13 and taking it more seriously. I decided to stick to one board and decided I wanted my career to follow that board. There’s just something so different about longboarding compared to shortboarding. Shortboarding is a lot about ripping and doing all this crazy stuff, but I think you can do both on a longboard. There are high performance boards that help you turn and make more difficult maneuvers whereas on the log it’s a more graceful factor. It’s definitely a free feeling when you get to hang ten on the wave.

When did you first start competing?

I think I had my first competition when I was four or five. I’ve been competing for as long as I can remember. But those were those “everybody wins” contests. I did do the qualifying series at Pismo this year, which was super fun, but unfortunately I only made it to round three. 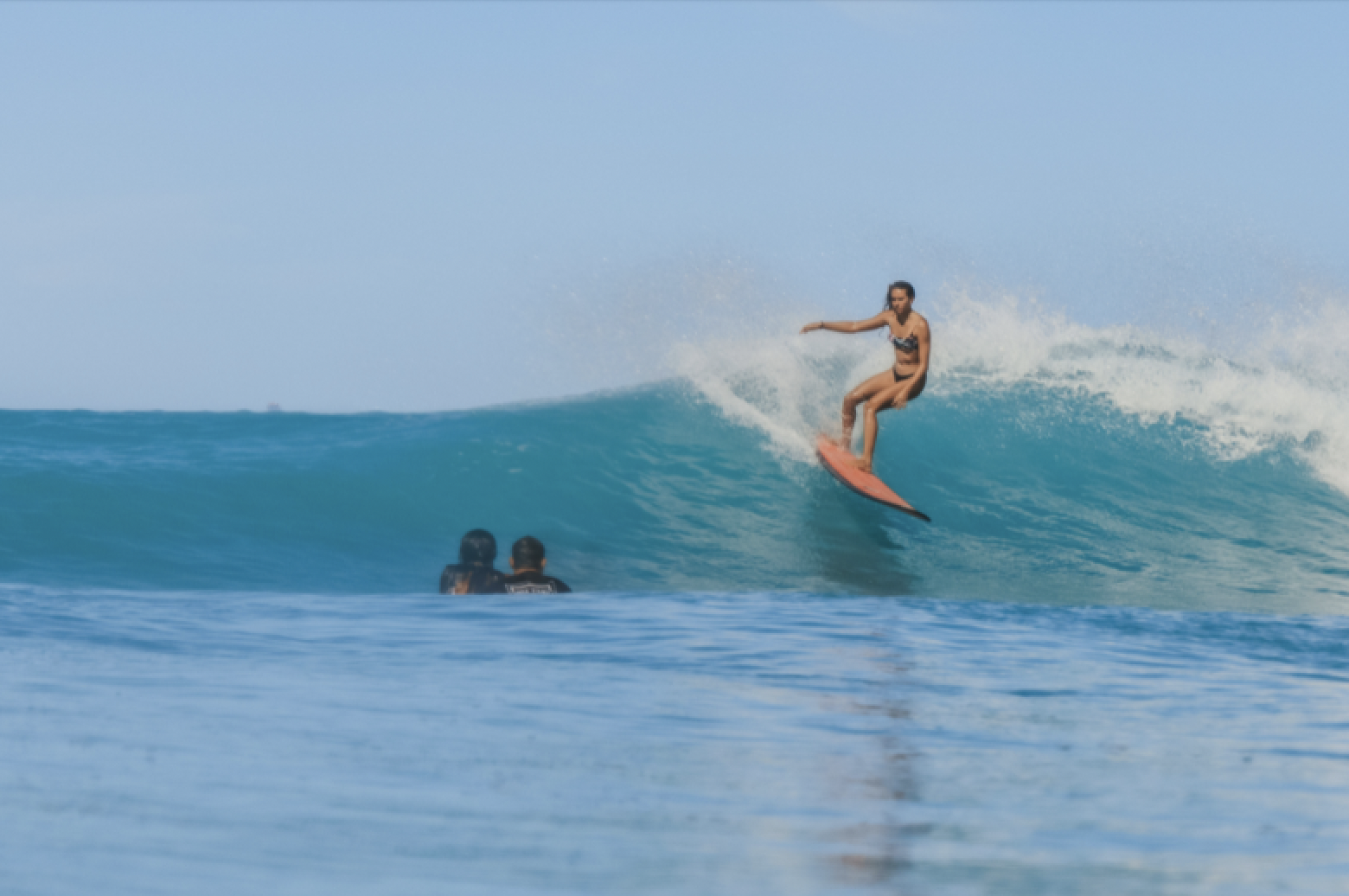 When she’s not working as an actress, you can find Willis surfing. Photo: Tommy Pierucki

Where do you surf when you’re home?

Usually it’s Queens or Bowls. Here and there I’ll go to Chuns if the North Shore is peaking a little bit more. But there are only very few spots I go to consistently.

Do you have a crew that you regularly surf with?

Of course! I mostly surf with my friends that I grew up with. The whole group that we have in Waikiki is who I surf with and I’m very grateful to have such genuine friends. Not only are they just friends, they’re like family too. We’ve all known each other pretty much our entire lives.

Do you have a favorite wave you’ve ever surfed?

In Mexico, there was this surf spot I went to that doesn’t even have a name. It was just a pure, double overhead wave with a clear face, definitely a Surf’s Up type of wave. It was so amazing! 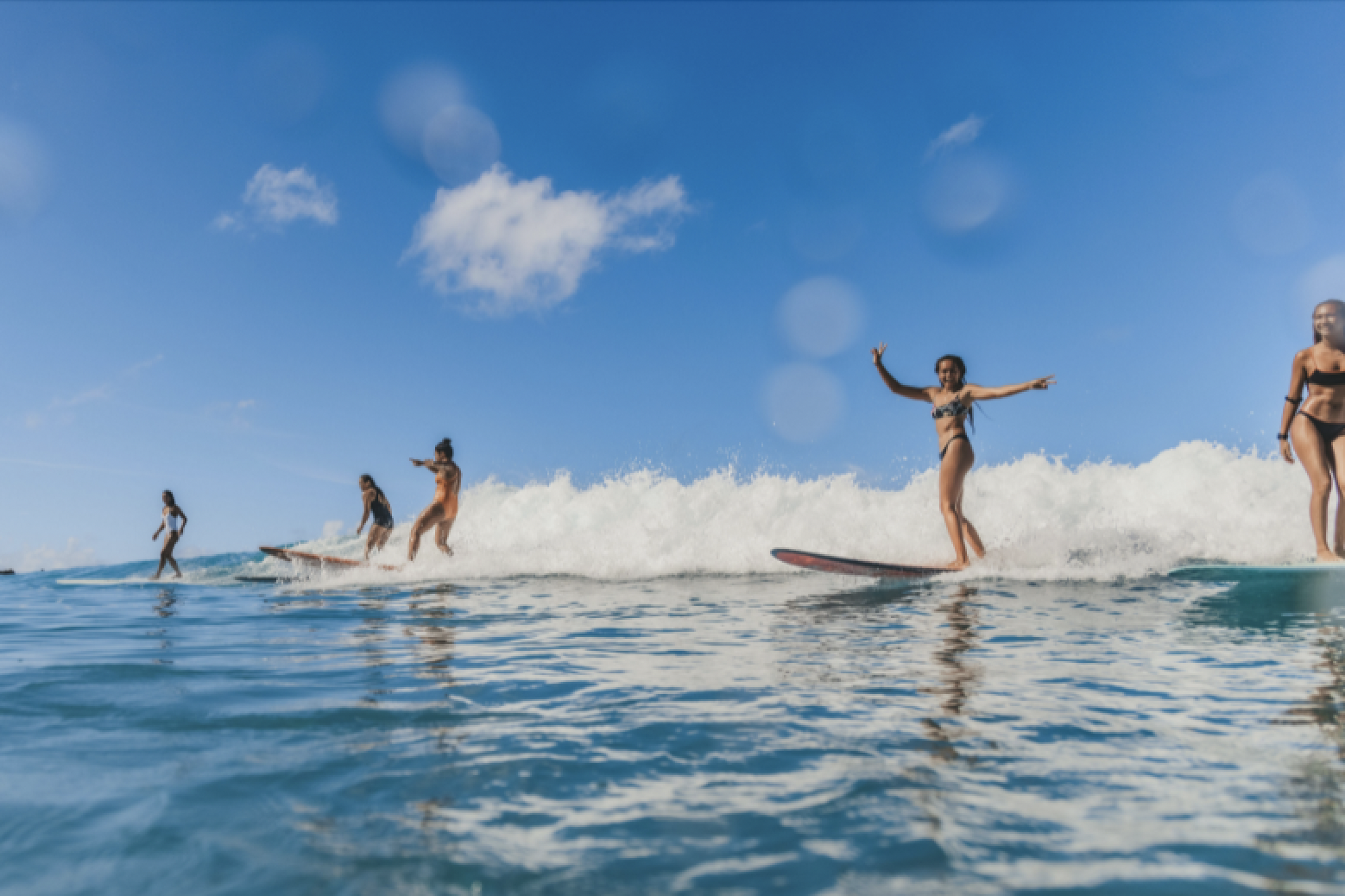 You’re also an actress. How did you get into that?

That comes from my mom’s side. My mom is in the movie business so I went down that journey. They were looking for background for Jurassic World, the first one, and I got on. When I went on set, I fell in love with acting immediately. I moved to California for two years to try and pursue it and then moved back here afterwards. I definitely want to continue.

You recently starred in a short film, Lahi. What’s it about?

It’s about a Filipino girl who was disconnected from her roots from living on the mainland her whole life. She has to come back to her roots because her grandma passed and she has to sell the house. She is led on this cultural journey in following her grandmother’s apparition and on the way back she learns about herself, her culture, and her grandmother.

How did the film do?

I never thought we would be as successful as we came to be because it’s a short film so you only think it’s going to be online and that’s it. But we made it into the Hawaii Film Festival and the San Diego Film Festival; we made it into about six festivals, actually. The whole process and everything was full circle from the moment we started filming until now.

Have you been part of other film projects?

I have been a part of other film projects but nothing of this importance. I only had small parts. In Magnum P.I. I played a girl who lost her friend. But it was always small parts, Lahi was my first leading role in a film.

I’ve never really thought of a dream job. I’ve just always thought that I would like to win a world title and be in the next Avatar because Avatar is my favorite movie. I always thought my career path would lead towards surfing and acting.