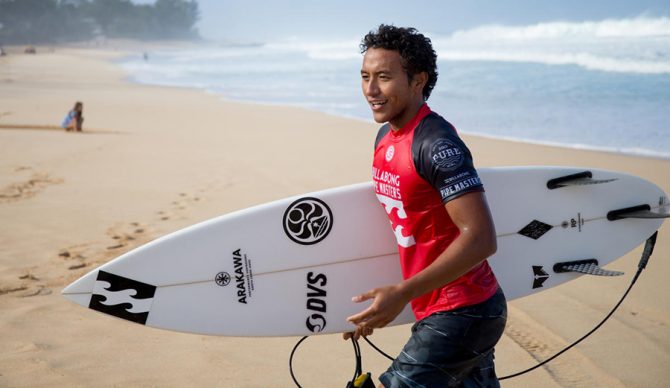 According to reports coming out of Portugal, Hawaii’s Josh Moniz was apparently injured during a Thursday morning session at Supertubos in Peniche. The sometimes-violent beachbreak has been known to hand out beatings and it sounds as though Josh, who has been in Portugal for the WSL’s Challenger Series event in Ericeira, may have been on the wrong end of one.

“It was at the end of this Thursday morning, October 7, that Joshua Moniz, after riding a tubular wave at the beach of Supertubos in Peniche, fell helplessly having hit the sand with violence,” wrote SurfTotal, a Portuguese site. “His friends promptly brought him to the sand and called 112. Moniz, 25 and brother of Seth and Kelia Moniz, was carefully placed in the ambulance and taken to the hospital where he will undergo tests in order to understand the impact and possible severity of the injury.”

Moniz has apparently been transported to Lisbon. The Moniz family is extremely influential on Oahu and Josh has a starring part in the recent Snapt4 release and is currently sitting at 47 in the Challenger Series rankings. We reached out to brother Seth for more details but have yet to hear back.

Editor’s Note: You can find an update on Josh’s condition here.