Highlights from the Weirdest Year Ever 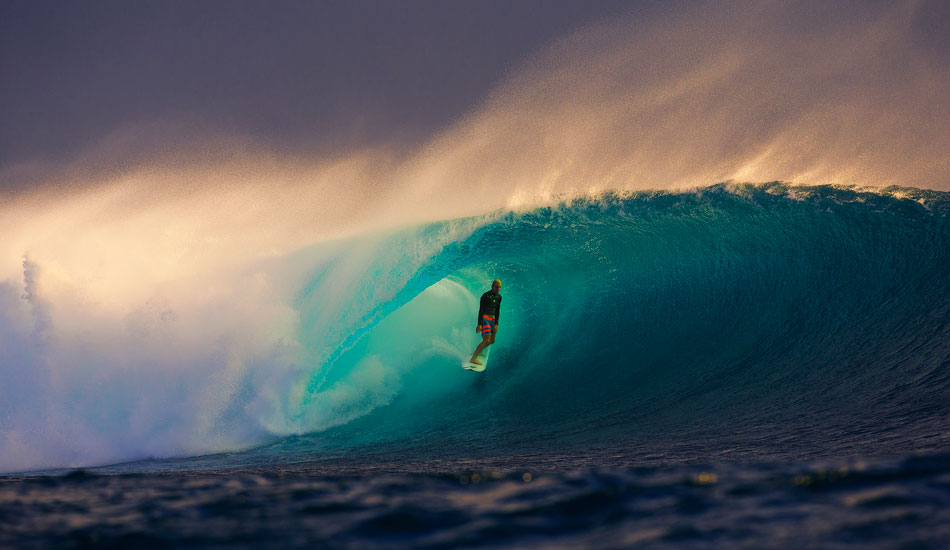 I had not been to Fiji for many years and this was a pretty different trip as I didn't stay in the action packed islands, namely Namotu or Tavarua. Instead, I was on a small, rocky boat stationed near the judging tower at Cloudbreak. We got to see when it turned on out there. This shot is a result of that boat and a little knowledge knowing that late this day would be good. Here, Nat Young, Rookie of the Year stole the wave of the afternoon and gave me one of my favorite photos to date. Photo: Nate Smith

Kelly Slater again on one of the most amazing waves I have seen ridden in a contest. I managed to shoot this from the Volcom boat that was anchored in the channel. I was standing next to my mate Andrew Christie yet we both have different perspectives. Shooting contests is always a challenge to get something that the next guy hasn't. KS got clipped at the end of the wave, but man it was a pretty special moment. Photo: Nate Smith 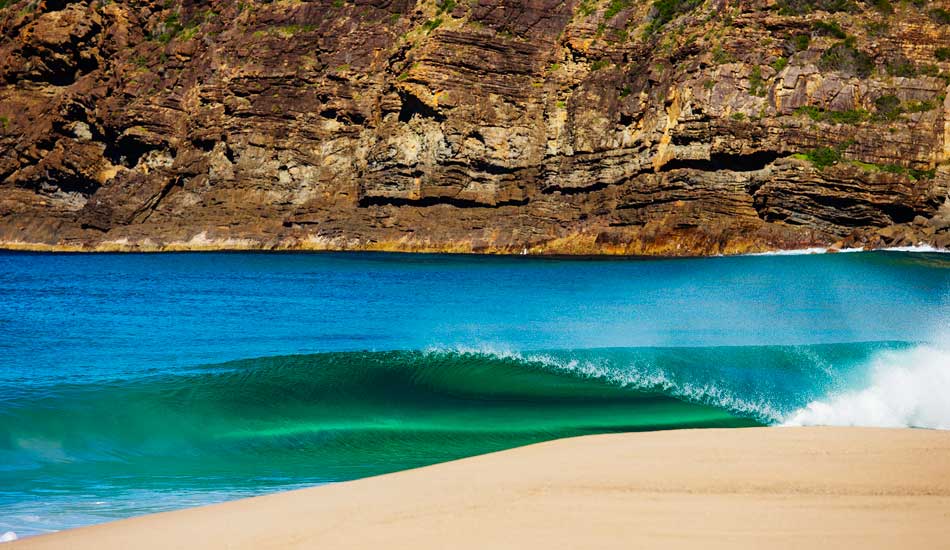 I won't tell you where this wave is, but let's just say it is not Sydney. The locals here love this place and I wish to return so out of respect, I won't name it. This wave was just insane and this was when I has fresh stitches in my foot. Seeing these peel off was killing me not being able to get in the water, but I think I made it look pretty inviting this way. Any surfer could nail this wave. It was crazy fun. Photo: Nate Smith 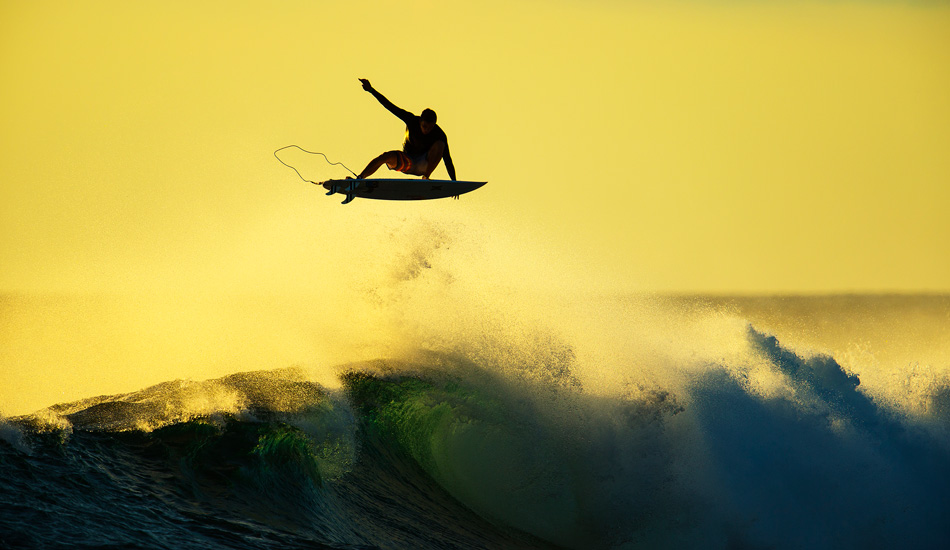 Instead of my usual yearly sojourn to Bells for the Rip Curl event, I chose to hit Western Australia for the Margaret River Drug Aware Pro. My foot was still on the mend, so I was kind of landlocked when it came to shooting. Here, Julian Wilson made my afternoon with this huge golden air. The kid knows how to work it for us photographers. Photo: Nate Smith 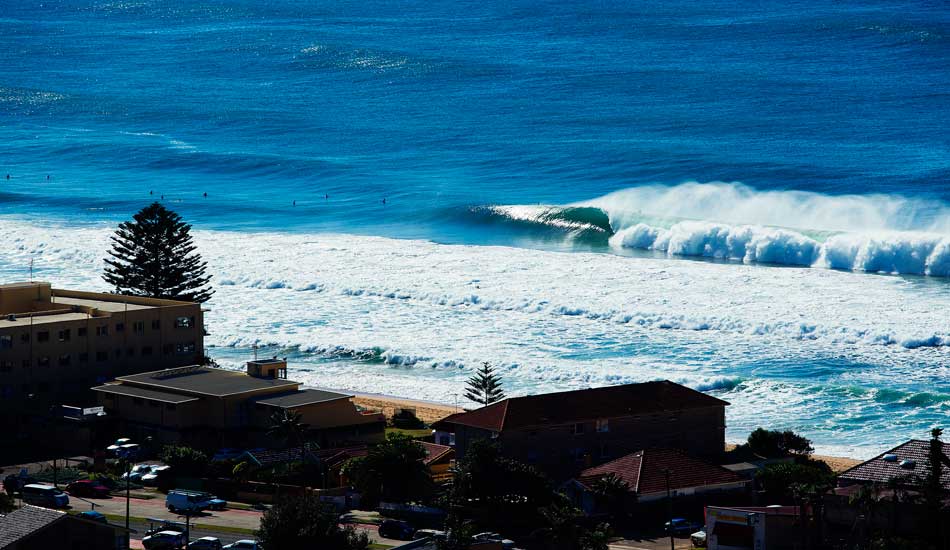 Now, being landlocked because of my foot really made me shoot in a way that I wouldn't normally. This is Sydney but on a very rare special day. This is not far from my new home. I went venturing my new neighborhood in search of an angle. This one turned out ok. Photo: Nate Smith 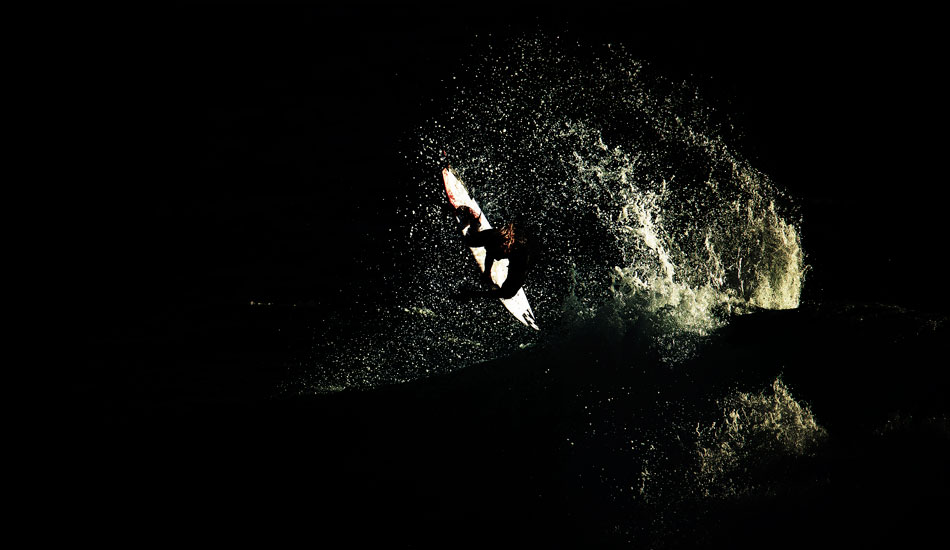 This is Creed McTaggart, a guy who surfs rather well. I took this at Gas Bay in West Aus very late one evening. I was playing around with just exposing for the highlights and seeing how things would turn out. I played with the levels in photoshop and noticed a profile of a lion as if it were sitting outlined in the white water. Not everyone sees it or gets it, but that's photography. It's personal. Photo: Nate Smith 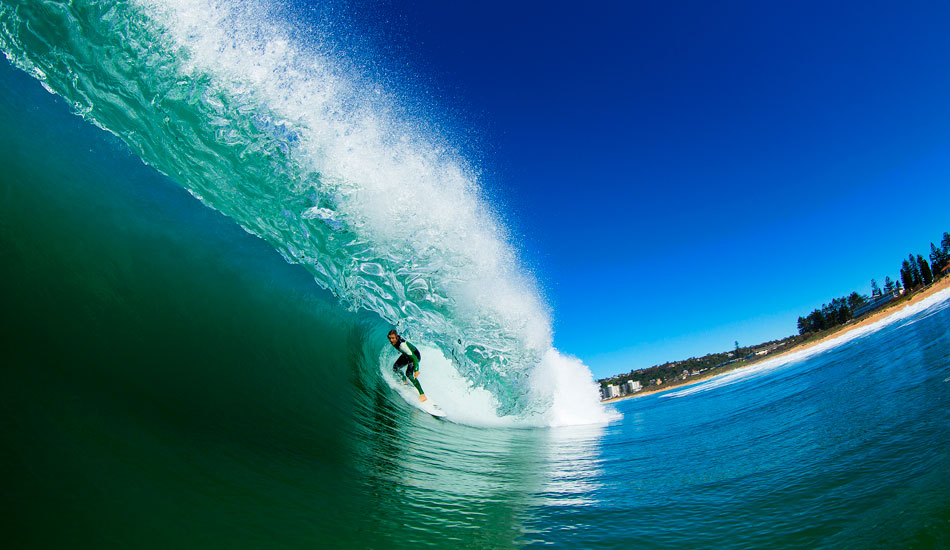 This is Mikey Brennan visiting my side, the Northern Beaches, on a day that would set the tone for the rest of my year. A new camera and housing had me out of tune with things and about 10 minutes and a minor lapse in judgement later, I was clipped by my good mate Karl Atkins. This resulted in my heel getting sliced by his fin giving me a cut to the bone, a drive to the hospital and nine stitches. The result was me being dry docked for about three months. This shot was the only one I managed this session. I would be shooting land for a while from here on in. This isn't bad, being forced to shoot another lens is always good. Photo: Nate Smith 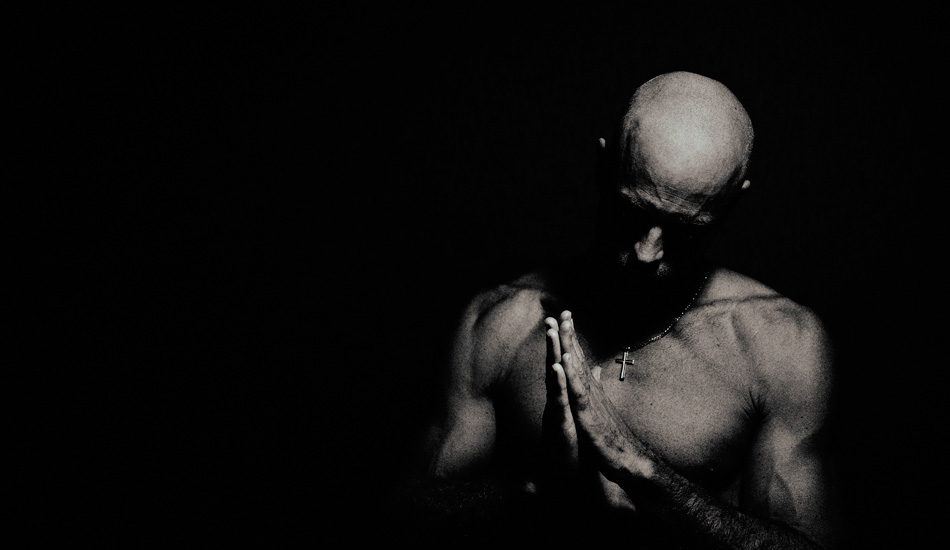 Former WCT surfer and mate Nathan "The Hog" Hedge stood still for me midway through the year for this portrait. I lit this with a really cool lamp. It was tall and it had one of the bendy arms and a silver dish at the end. No need for a big expensive light for this. Improvising worked well. I know Nathan pretty well so shooting him was easy. He is a great guy to work with and is really gracious. Needless to say, the guy surfs fricken amazing. Photo: Nate Smith 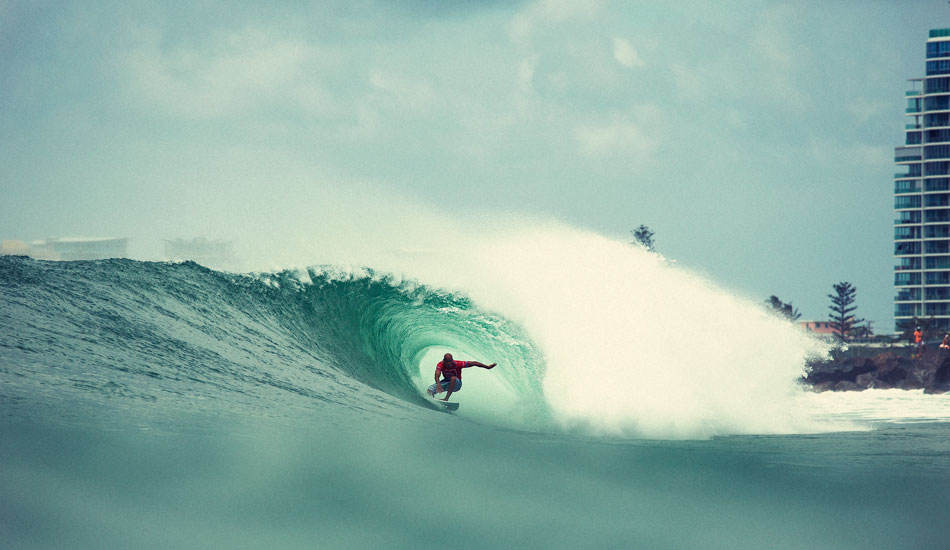 Swimming Kirra is always a gamble, no matter who you are or your level of experience. This place will humble you quick smart. It's not a place to swim thinking you will nail every wave as it has a mind of its own. It's a strange yet very alluring beast. Some days, the sweep is manageable and others, like this day, it's horrendous. I only shot a handful of photos this day that I would be happy to send out, and this is one of them. Kelly against Mick in the semifinal of the Quik Pro. Kelly went on to win the event. Photo: Nate Smith 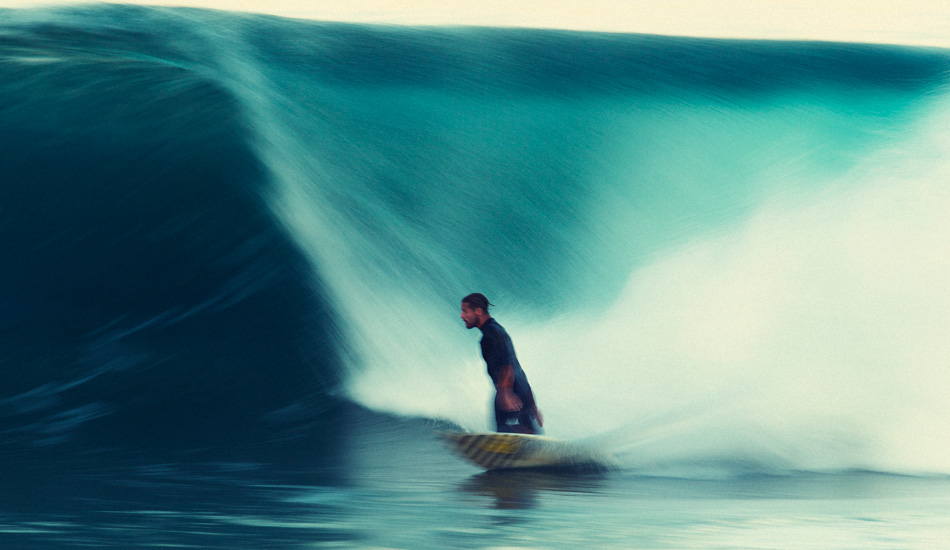 This is Luke Stedman very late at a Sydney spot. The new Canon 1DX is a real beautiful camera for shooting low light. Its noise is next to none. Stedman being Stedman making for a cool bottom turn. Photo: Nate Smith 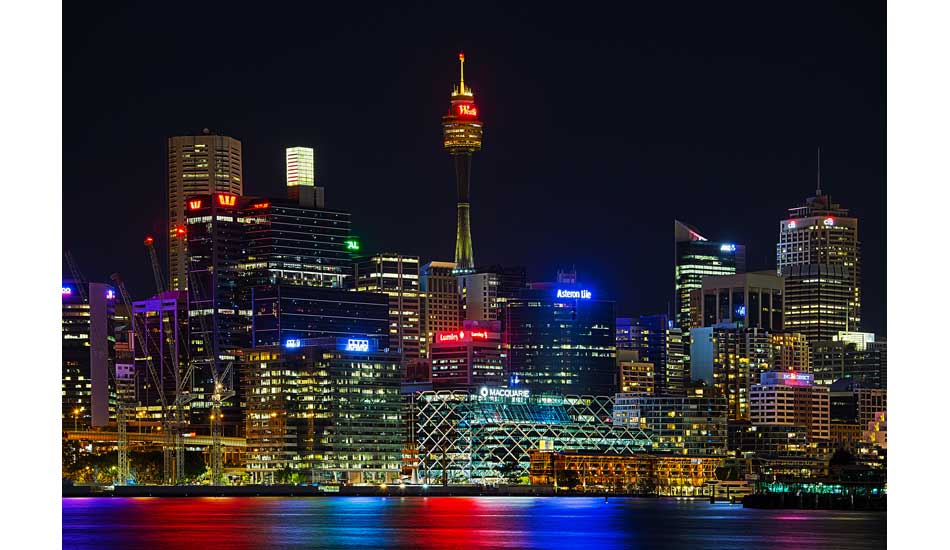 How could I not show you how awesome my home town city is. This is Sydney shot from Balmain. Me and my girl went for a little adventure one Sunday afternoon just to check out this spot for a photo. Turns out it's a good spot to try HDR and just sit and watch. Easily one of the nicest cities to photograph. Photo: Nate Smith 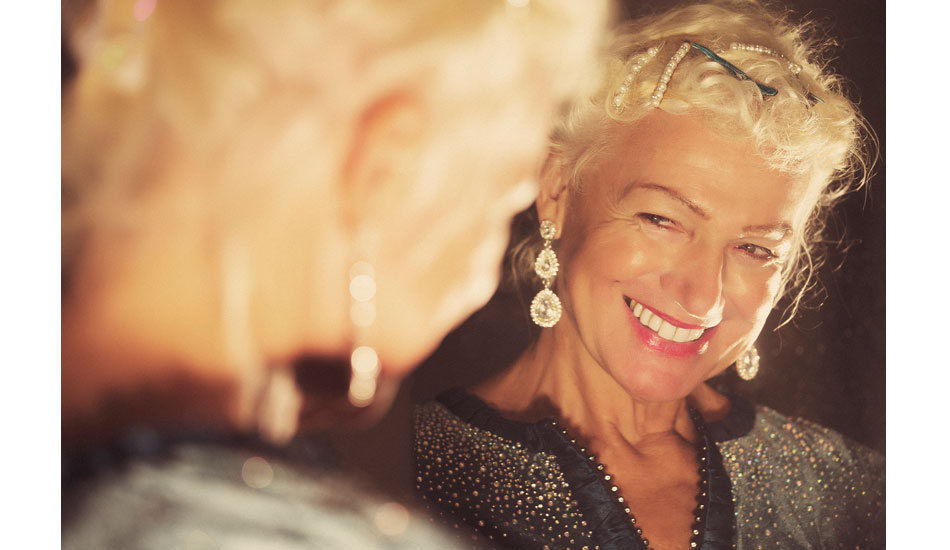 This is easily one of my favorite portraits I have ever shot. As a kid growing up, I was very aware of who Peter Drouyn was. The man had crazy style in and out of the water. Fast forward to the future where I had an amazing opportunity to meet, greet and hear stories from Westerly Windina. It's a great story of a human being growing and going through change. Westerly was such a great, funny and articulate person to chat with and photograph. Photo: Nate Smith

The photos you are looking at are from one of the weirdest years of my life. Well, the last three have been odd but 2013 just stole the weirdness show.

The one year I decide to be alcohol free too, through choice no less, after one of those “never again” mornings following Australia Day. I have rather proudly remained alcohol free to this point. Three weeks to go and it will be 12 months. I have dodged many bullets, so to speak, Matrix style, which is tough because there are few things more satisfying than an afternoon post-surf beer.

My year started normally. Quik Pro, chasing swells, etc., and then out of nowhere, boom, a cut to my heel Parko-style shooting wide angle at my home on the Northern Beaches. It stemmed from a momentary lack of concentration and the result was a cut from one side of my heel to the other to the bone from a fin. I dealt with a few solid sets to the head while assessing the situation, staggered up the beach, forgot where I stashed my keys, drove myself to the hospital, and nine stitches later, I’m out.

My foot healed just in time for Fiji. I attended to shoot the Volcom Pro and all was well. Then I returned home for a few weeks and my Aunt, who helped raise me, decides it’s time to pass away and join my Nan who only passed away the year before. All a week before my birthday. My mind is boggled, slightly bummed on the world, but I’m cool and things keep on trucking.

Anyways, out walking one day, I slip on some wet grass. Under that wet grass were some broken house tiles and yep, sure enough, I cut my hand pretty bad after landing on them taking a chunk out of it – off to the hospital again. Nothing major, just a week or two out of the water and some butterfly clips.

Later on in the year, I leave the mag I have worked with for over 15 years. This is a scary but invigorating feeling as I felt free to get back to what makes me happy and now shoot how I want rather than being told to how to shoot.

I sniff and smell Hawaii season is just around the corner, so I begin to train like I always do. I’m out jogging a trail near my home and had a moment where I was probably not paying attention and stepped on a weird rock throwing me off balance. Yep, here I go again – down a steep embankment, my knee jerk reaction was to grab for a branch on a tree to stop myself from falling and, what do you know, I dislocate my shoulder. I suffered what is called a subluxation. Not a great feeling. My 2013 Hawaii season is done and dusted right there.

Well, that’s it. I managed to fire off a few shots throughout the year that I’m happy with, which you’ll see here, but it wasn’t a hugely productive year. Hey, that’s how it goes sometimes. Yep, life is weird, and next year I’ll most likely enjoy one or two cold beers, get some balance back and hopefully be accident free.