Opinion: By Making Hollister Ranch Accessible to the Public, We’re Destroying the Very Reason We Want to Be There 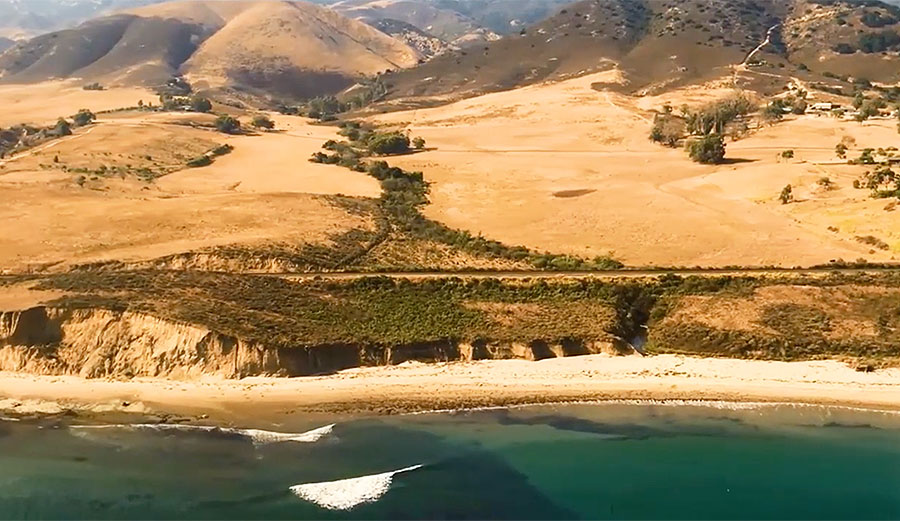 Hollister Ranch is this beautiful precisely because the public isn’t allowed there. Photo: Vimeo/screenshot

A few days ago, the battle for public access to Hollister Ranch was won. Governor Gavin Newsom signed Assembly Bill 1680, which was introduced to the California legislature in March. In short, it gives the California Coastal Commission, the State Coastal Conservancy, the Department of Parks and Recreation, and the State Lands Commission permission to figure out a public access program for one of California’s most exclusive surfing areas by April, 2022. While I can appreciate that many surfers are probably ecstatic, I think that absolutely sucks. And I’m not someone who can surf there, either.

Before I explain why, though, let’s do a little history lesson. Hollister Ranch is nearly 15,000 acres of pristine California coastline. Back before the Civil War and about a million atrocities before and after, the Chumash called it home — in fact, many of the names in and around the area have Chumash origins: Cayucos, Malibu, Lompoc, and Port Hueneme, to name a few. In 1769, the Spanish Portola expedition took place through present-day California. It was the first time Europeans had a real on-foot look at the area, and it eventually was a driving force in founding Alta California, a province of New Spain — a disputed province, of course, since the land was already inhabited, but that’s a much longer story. Jump ahead almost a hundred years, and we come to the Civil War.

In 1854, a few years before the war began, an Ohio man named William Welles Hollister traveled to California with 10,000 sheep. Although around 9,000 of them died en route, Hollister made a fortune selling wool — prices skyrocketed during the war — and meat to starry-eyed gold miners who were still hoping to strike it rich at the tail end of the Gold Rush. In 1869, he turned that fortune into a land purchase of Rancho San Justo, half of which would eventually become Hollister Ranch. Used for ranching cattle since way before the Civil War, Hollister turned it into a supremely profitable business and turned his wealth into full-blown riches. Since then, the Ranch has remained privately owned. At the beginning of the 1960s, the Hollister family granted access to the regional Sportsman Hunting Club, which eventually broke up into a handful of other clubs, one of which was the Santa Barbara Surf Club. It was that club that would name most of the breaks along the nine-mile stretch of coastline — breaks that, all these years later, have become the stuff of legend.

Then, in 1970, the YMCA got their hands on a 160-acre parcel that included easements for road access to a 4,000-foot stretch of beach. The YMCA planned to turn it into a recreational facility. One year later, Hollister Ranch was subdivided into what we know it as today. In 1979, the YMCA got a Coastal Development Permit for the recreational building, and some development started but was never finished.

“In 2013, Santa Barbara County Board of Supervisors declined to accept the YMCA’s ‘Offer to Dedicate’ the easement for access to the beach,” wrote Marc Chytilo for GaviotaCoastConservancy.com, “and as required by law, the California Coastal Conservancy accepted the easement and was immediately sued by Hollister Ranch. Hollister argued the OTD was invalid, along with a host of other claims.”

Okay, (brief) history lesson finished. Sorry to bore you with it. 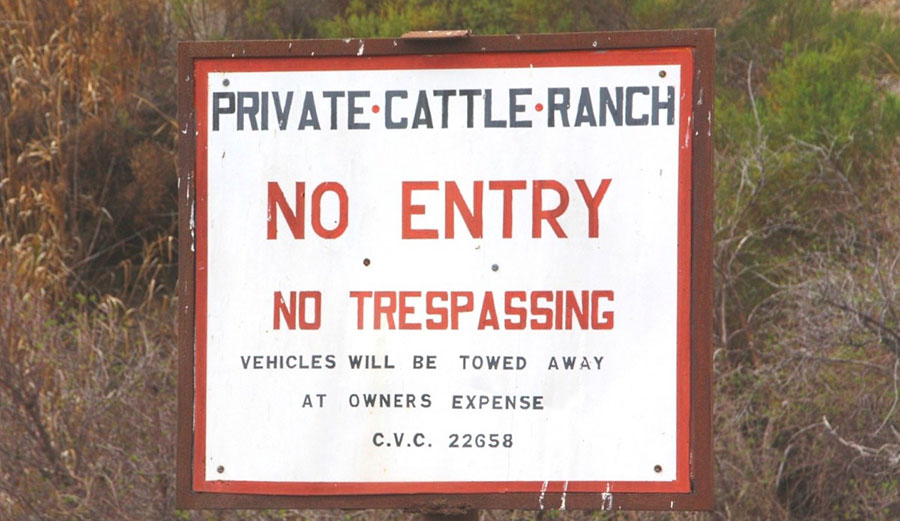 Want to surf here? Get a boat. Photo: Californiabeaches.com

A little known fact about the Hollister Ranch coastline is that it is, in fact, accessible to the public. Not easily accessible by any means, but California law says that beaches are for the public. The public, though, needs to either have a boat or be willing to take a ridiculously long hike/swim from Gaviota State Park to the east or Jalama County Park to the west. And one more thing for those would-be hikers: you’ll have to stay beneath the mean hightide line.

“Hollister is one of Southern California’s last refuges from the glittering cities and their dirty underbellies, and that’s because the people who live there keep it that way.”

Just because you’re technically allowed to be there, however, doesn’t mean the residents necessarily have to like it. And they certainly do not. It’s a famously hostile place to surf for an outsider, but for those willing to make the trek and ignore the cold stares of the residents, it is indeed a place you can surf. One resident told me a year-or-so ago that people who live there don’t bring that up too often because, obviously, they want the place to themselves. Looking at this flyby video from Dan Johnson, a real estate agent specializing in Hollister properties, it’s easy to see why:

Since the land is all privately owned, accessing the beach (aside from through state parks) means crossing private property. Beautiful, pristine private property. Hollister is one of Southern California’s last refuges from the glittering cities and their dirty underbellies, and that’s because the people who live there keep it that way. Sure, you’ve got to be mega-rich or mega-lucky to be one of them, but in a strange twist, the mega-rich who live there actually want to deny the encroachment of never-ending development. And while that could be extraordinarily hypocritical, the end result is something beautiful. Anyone who has driven the coastline through places like Los Angeles can attest that there’s something almost blasphemous about what’s been done to it. A quick jaunt south of Tijuana gives a glimpse of what that land might look like if it were untouched, and the majesty of Mother Nature makes those high-rise covered skylines look like a guttering candle.

One only has to look as far as their eyes can see to tell the difference between Hollister Ranch and a public beach. Public beaches are often covered in overflowing garbage cans and reeking outhouses. Especially in California, the lineup is packed to the gills. Those in favor of easy public access to the Ranch often say that the Ranch owners aren’t stewards of the land, but selfish wave hogs. And while they may indeed be wave hogs (who among us isn’t), the proof is in the pudding.

Throughout the decades of development in the surrounding areas, Hollister Ranch has remained a relatively tiny slice of what once was — and even for those of us that can’t enjoy the waves, just knowing that the dream is out there somewhere should be good enough. Because let’s be honest: once the masses descend on Hollister Ranch, that dream will fade until it’s just another memory. And then, of course, we’ll move on to the next place and then next until eventually, the dream is wiped away entirely. We’ll never be happy with what we have; the human condition often dictates that. Public access to the Ranch will only destroy the reason the public wants to be there in the first place: empty waves, an empty coastline, and an escape from a world we’ve already over-developed.