How Would the Waves Have Been for Surfing’s 2020 Olympic Debut? 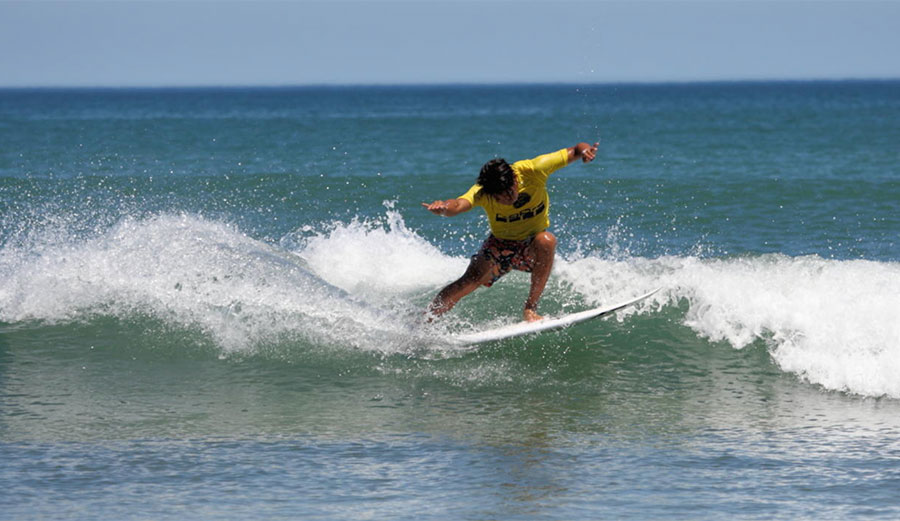 Takumi Yasui at the GoPro Junior Surfing Games on August 1, 2015. Conditions were similar to those during the 2020 Olympic waiting period. Photo: S.Yamamoto/WSL

This was supposed to be a big year for surfing. Twenty-twenty was the year that surfing finally made it to the Olympic stage, and whatever side of the fence you sit on, it can’t be denied that the Olympics would have glued a whole lot of eyes to surfing that weren’t previously glued to it. Then, of course, the world shut down. The Coronavirus threw a handful of enormous wrenches into nearly every machine across every society, and the Olympic committee was forced to postpone the Games. Initially, they were to run from July 24 through August 9. That means, of course, that right now we’re smack dab in the middle of what would have been surfing’s first Olympic Games.

One of the biggest concerns many surf fans had was the venue. Tsurigasaki Beach, also known as Shidashita Beach,  is about an hour and a half from Tokyo. It was all set to host the surfing portion of the Games, but while it does get good there, it isn’t exactly a world-famous wave. The area, however, is a bit of a surf Mecca; it’s filled with pro surfers and surf shops, and when it’s on, it’s on. It’s just that it rarely is on at this time of year. If surfing is to be shown off to the world on the biggest stage in sports, the argument went, it should be shown off in the best possible conditions. So what would it have looked like?

“Wave conditions are not good lately,” said Takashi and Junko Tomita, a pair of journalists for Blue Magazine, a Japanese surfing and lifestyle magazine. “Smaller than waist-high.”

Weather-wise, it’s been a strange year in Japan. The rainy season, which generally goes from early June through late July, is showing no sign of easing up. There was also no typhoon in July, which is unusual. According to Takashi and Junko, summer isn’t exactly the best season to run a surf contest there, anyway. “After the rainy season ends, Japan is widely covered with a Pacific High,” they explained. “Actually, the summer is not the best season for holding surfing competitions in Japan. In September and October, there will be a window of opportunity.”

A few quick clicks around some of the various websites where you can check the area’s waves don’t show anything of note. Ichniomiya Beach, about three miles north of Shidashita Beach, appears to have almost no swell. The same can be said for Shidashita. TanySurf, a Twitter account that posts daily videos from Taito Beach, which is a longboarding spot just south of Shidasita Beach, shows a week straight of waves in the ankle-to-knee high range. If the Olympics were to have been held this year, it’s very likely they would have been held in the conditions that surf fans were worried about.