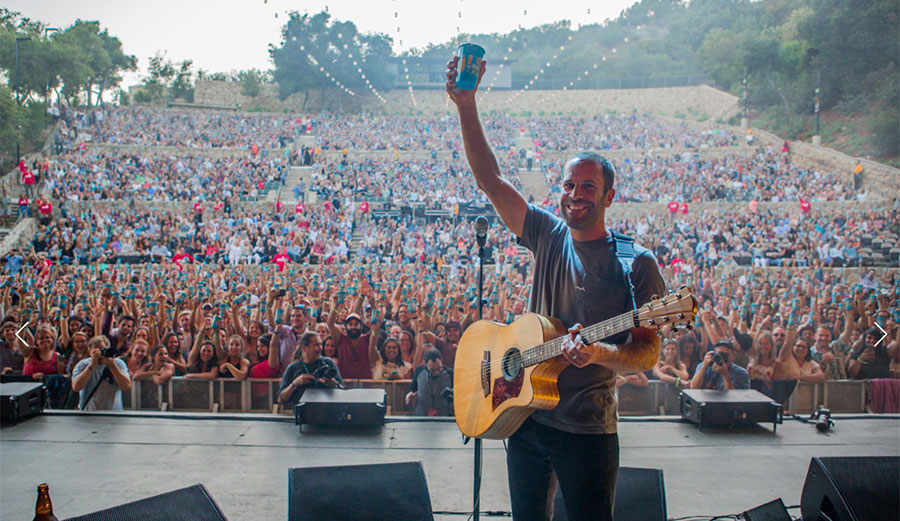 You’ve probably been to a concert at some point in your life. You’ve been a part of a pulsating mass of humanity, sweating and screaming on each other. If you have, then you are aware that the trail of destruction that follows in the wake of a concert is gross. Plastic bottles crunch underfoot and plastic bags flutter past on the breeze. There is shit everywhere. Unless you went to a Jack Johnson concert, that is. On April 19, the honey-voiced environmental crusader started a campaign called BYOBottle that’s looking to turn the tide of plastic pollution in the music industry.

After Johnson landed solidly in the multiplatinum pool, he realized he didn’t need to tour anymore to pay the bills. Knowing just how bad a single concert can be, he began to question whether he should continue touring. “I didn’t know if I needed to keep touring, especially when I considered the environmental impact of what I was doing,” Johnson told HuffPost back in 2015.

Instead of packing up the touring rig and simply staying at home, he took a different tack: creating a rider that is full of green demands, like using vehicles that burned bio-diesel, reusable beer cups, bike valets for those that pedaled to his shows, and a requirement that the venue install energy efficient light bulbs. And for five years straight, all of the profits made from his tours were donated to non-profits. That’s right. ALL of them. “It’s just the responsible way to tour,” Johnson said to HuffPost. “If I’m going to keep doing music, I have to help keep the industry I’m a part of be more responsible.”

Jack’s BYOBottle campaign is “an environmental campaign that engages artists, venues, festivals, and fans to reduce plastic pollution in the music industry by promoting reusable water bottles and water refill stations at music events.” The campaign is also asking that artists include environmentally friendly requests on their own riders.

“There is a powerful wave of momentum building to reduce plastic pollution,” Johnson said. “BYOBottle is a campaign that the entire music industry can unite around, and everyone I’ve been talking with is excited to join and be part of a solution. Expectations are changing around what makes a positive and successful music event, and sustainability is a huge part of that. I’m excited to help show what concerts can look like if artists work together with fans and venues or festivals to reduce plastic waste.”