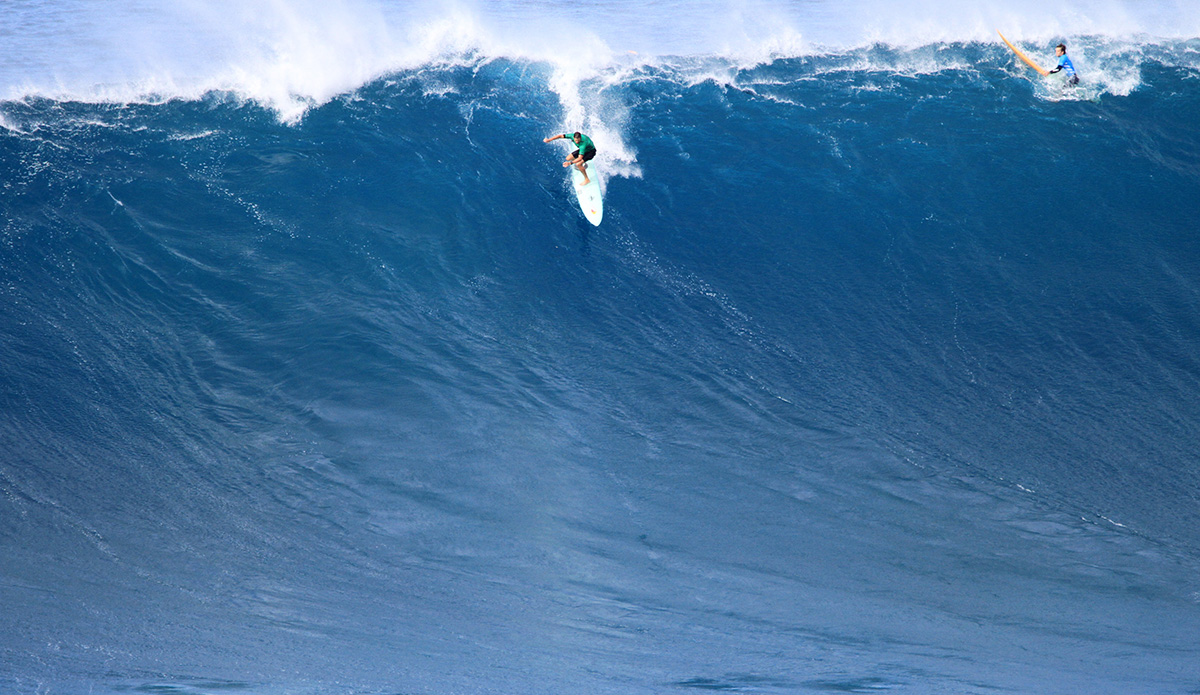 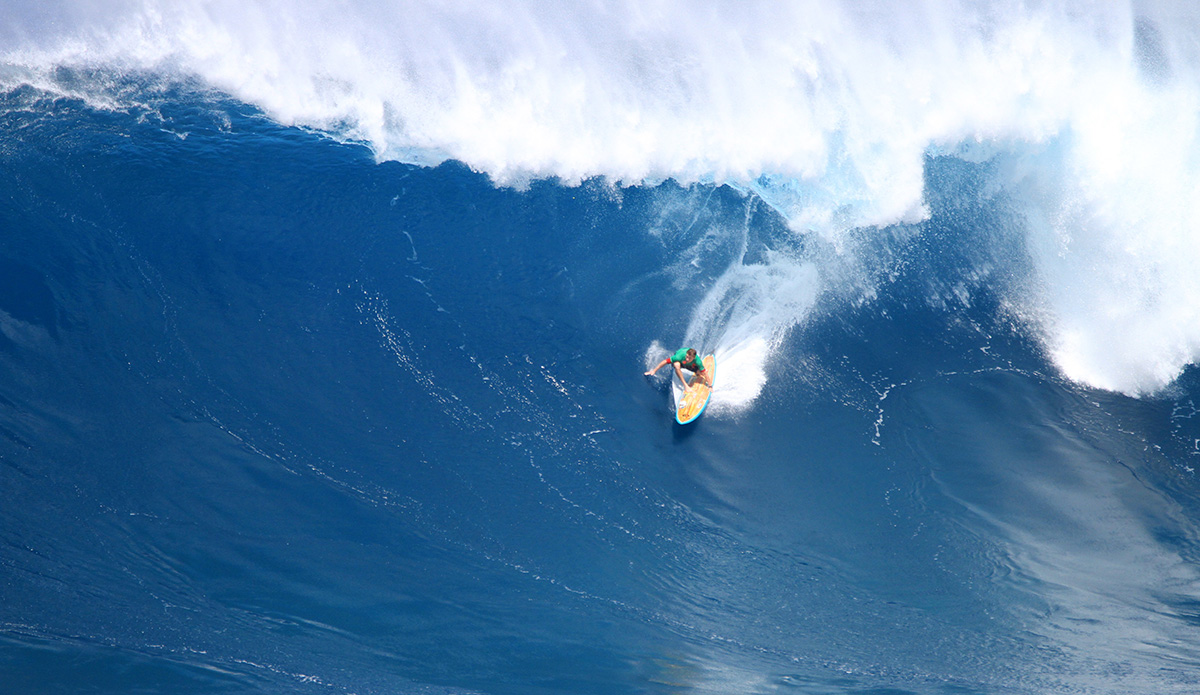 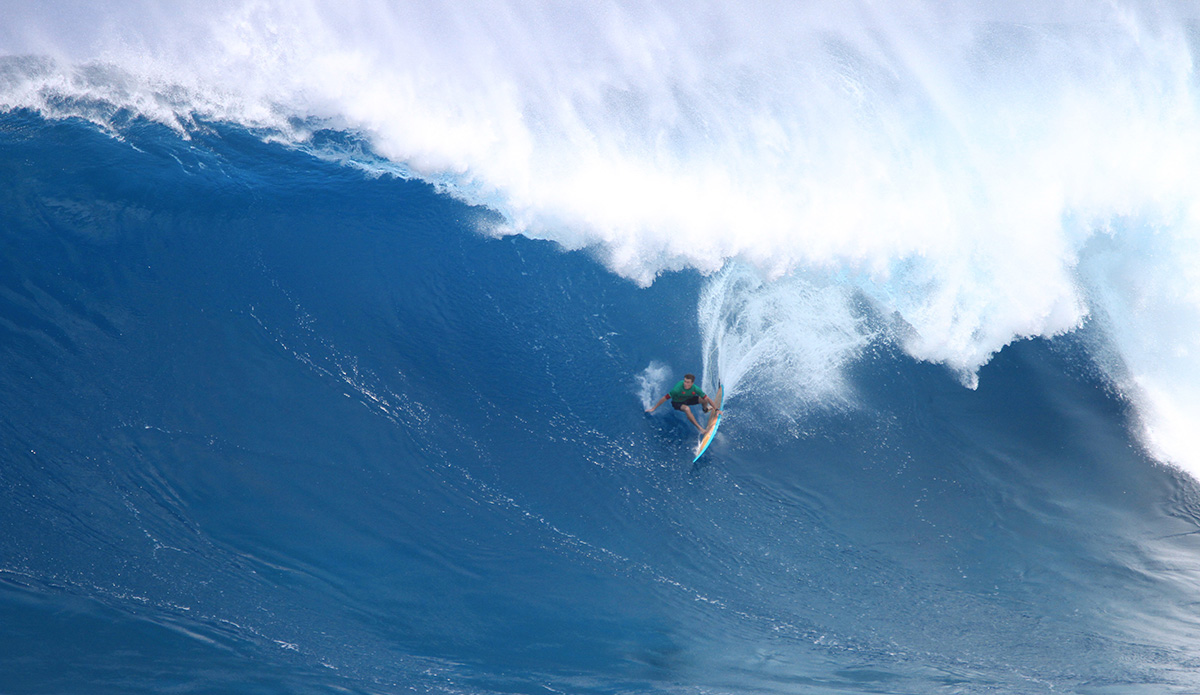 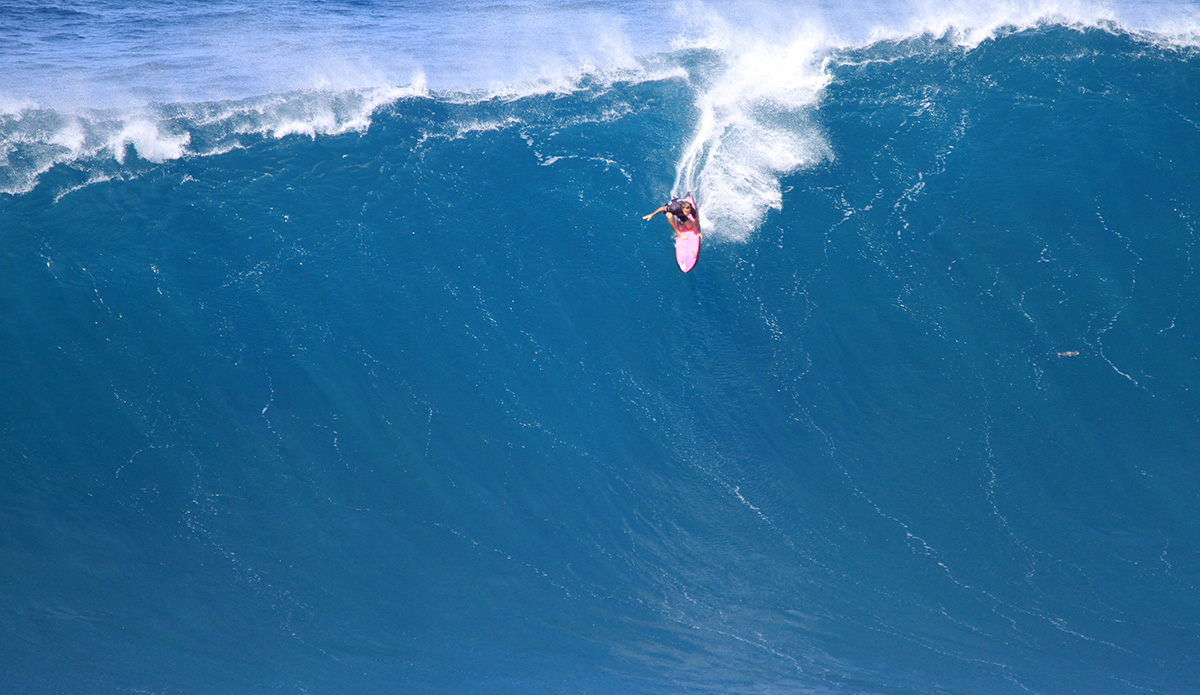 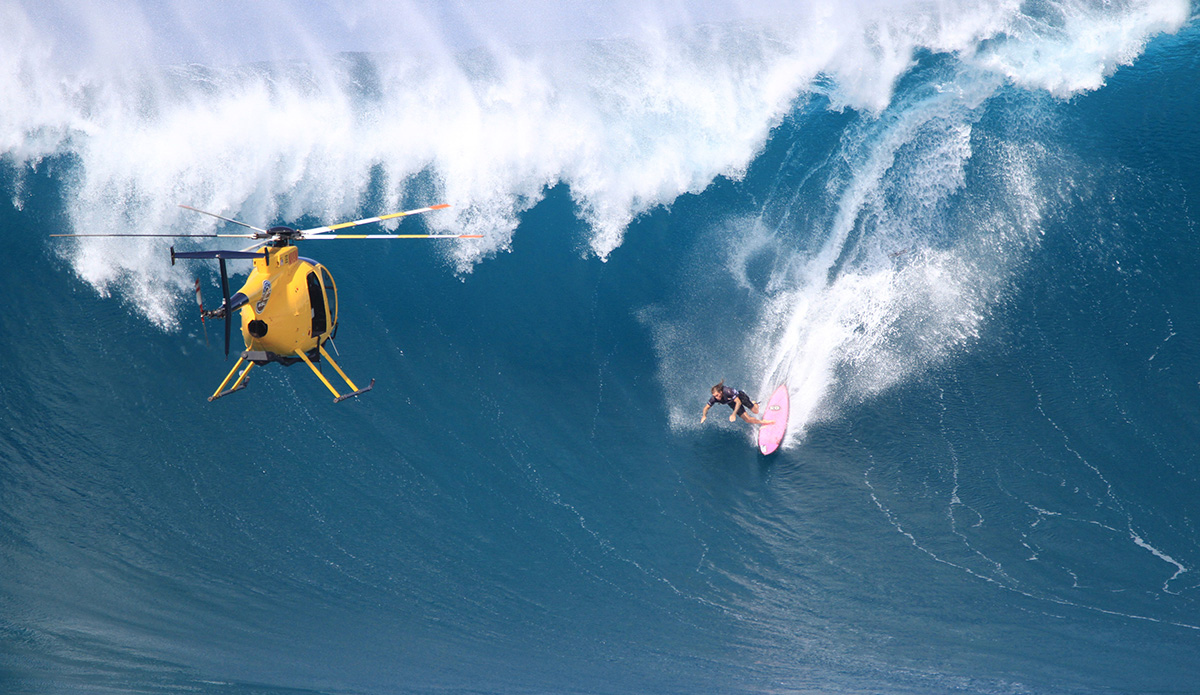 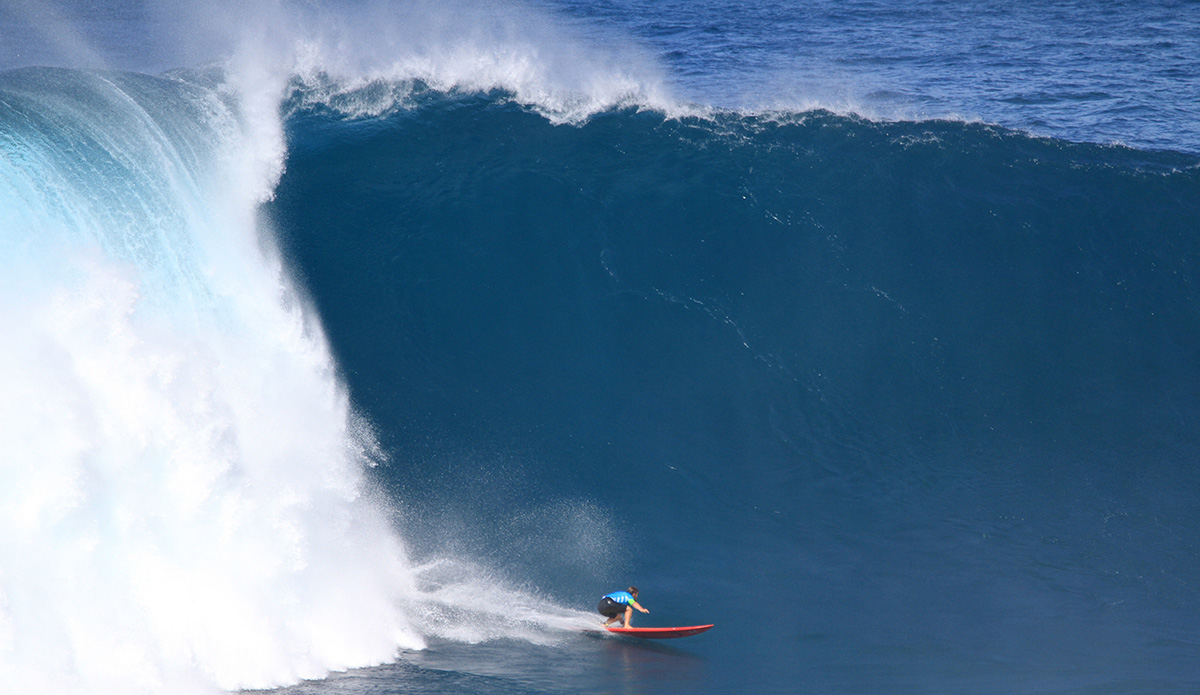 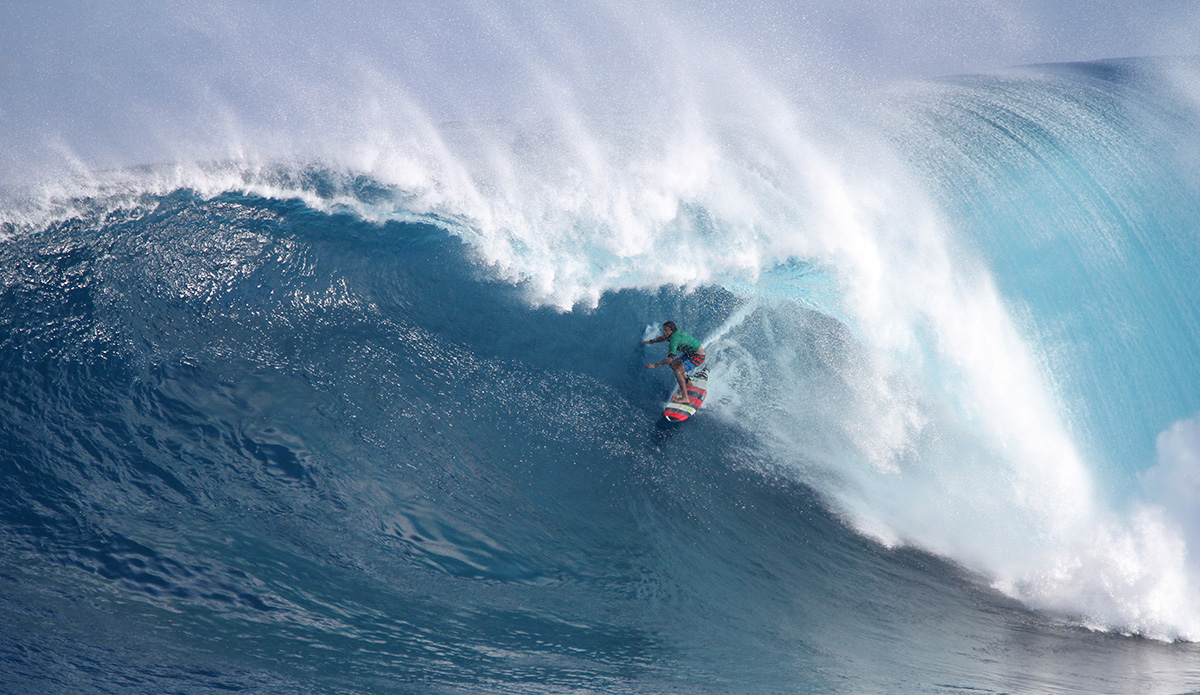 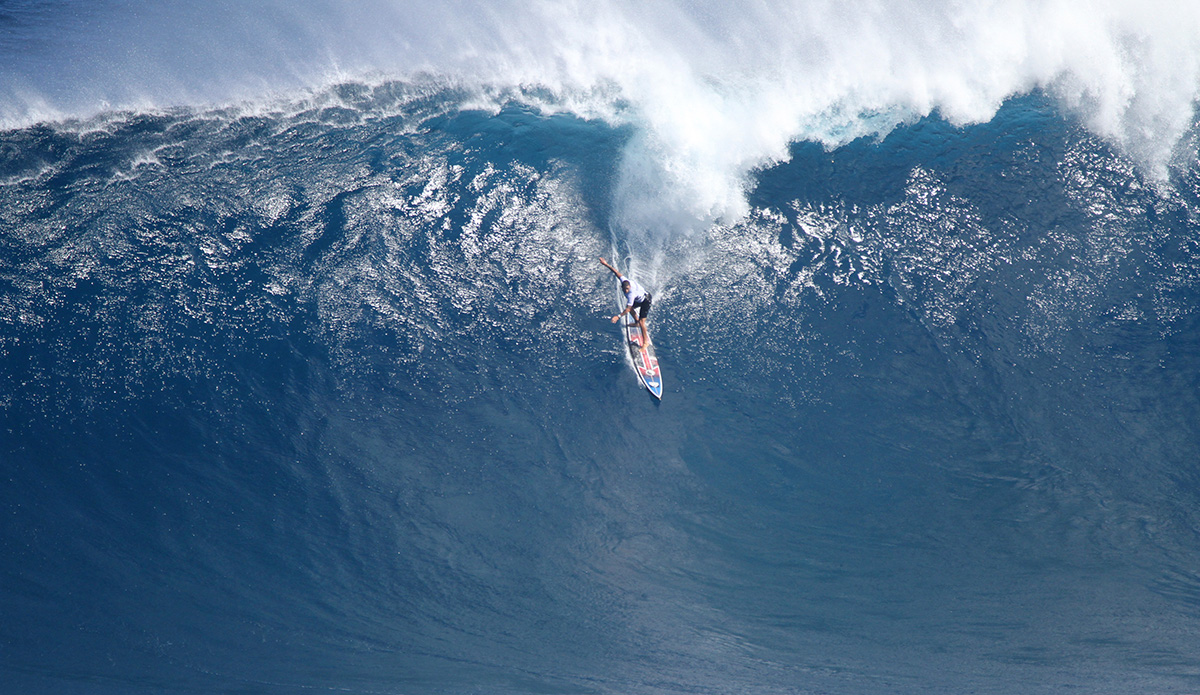 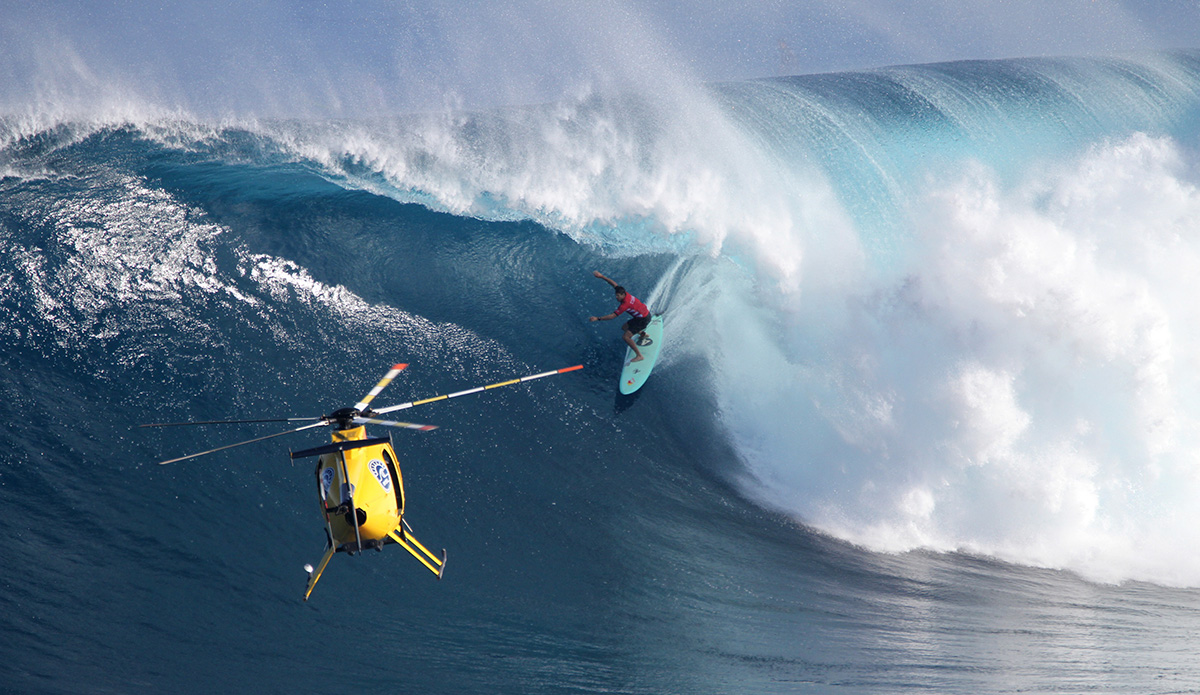 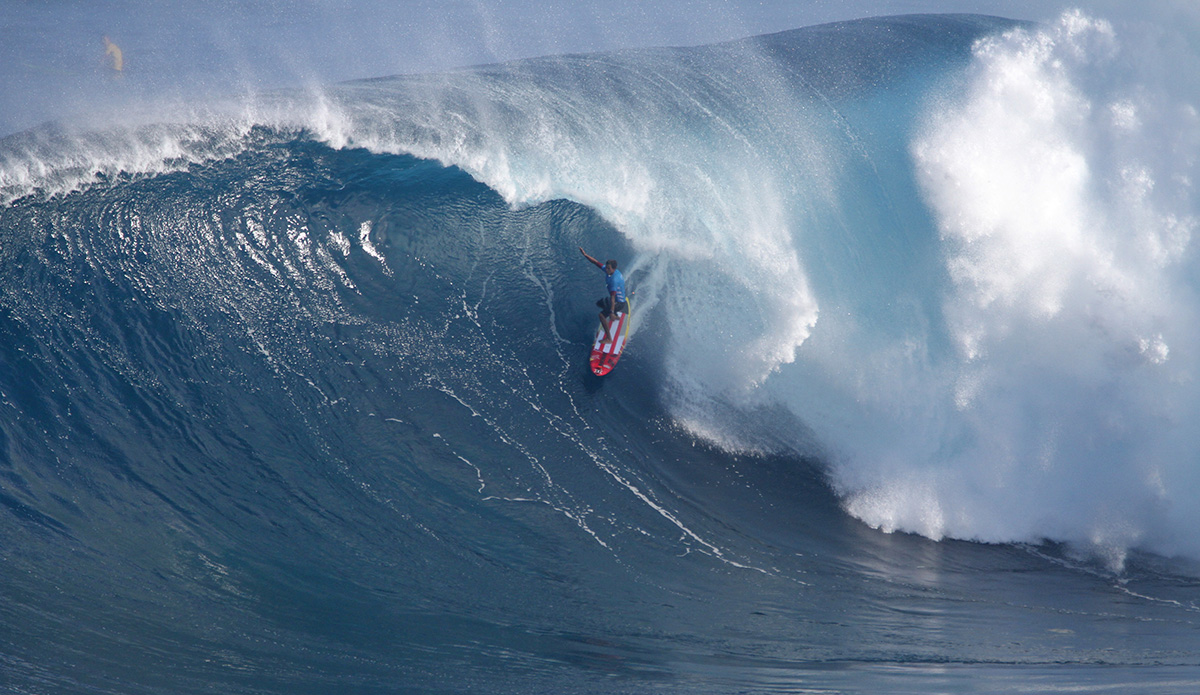 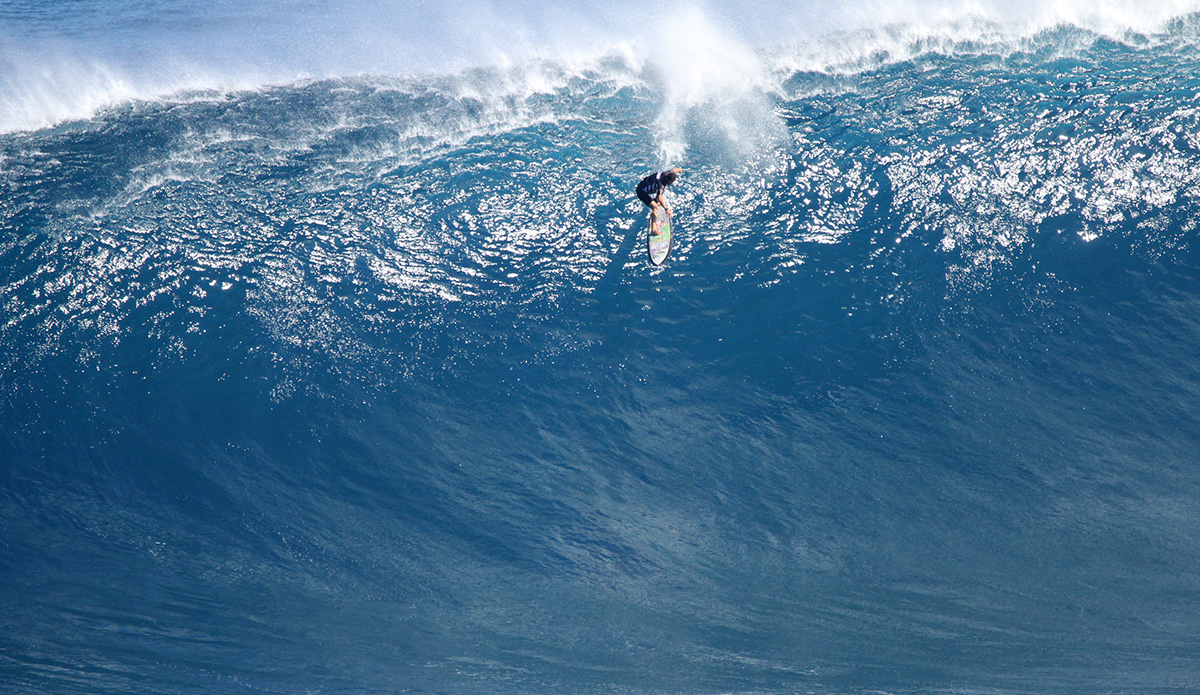 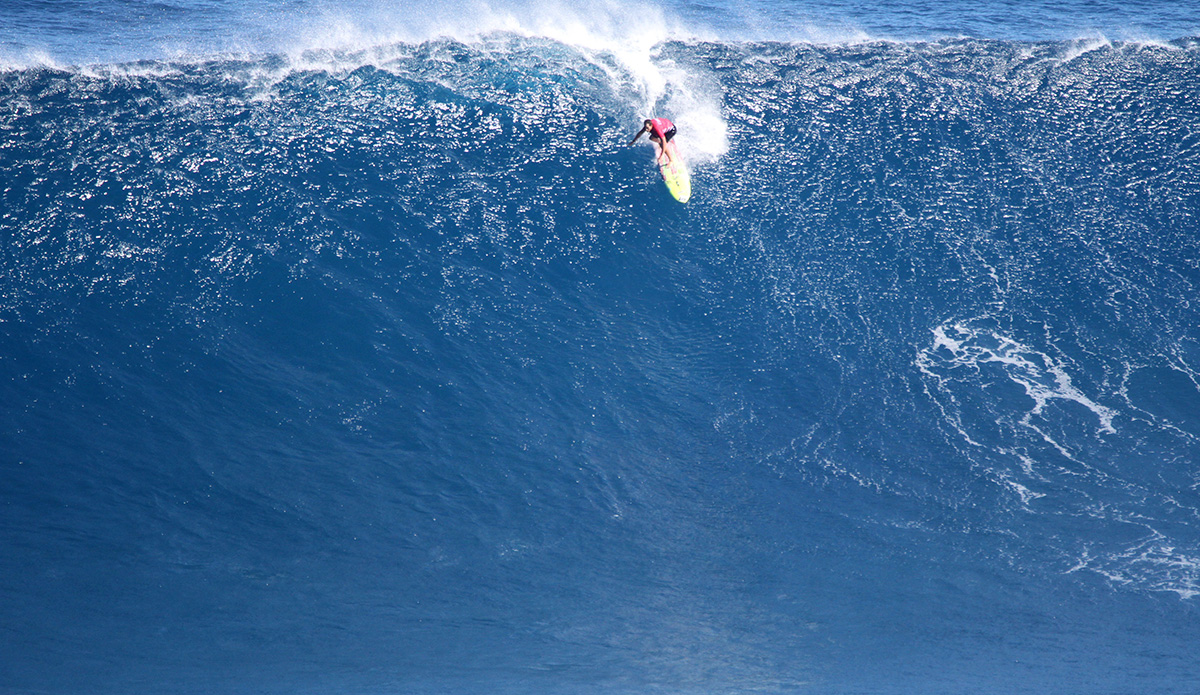 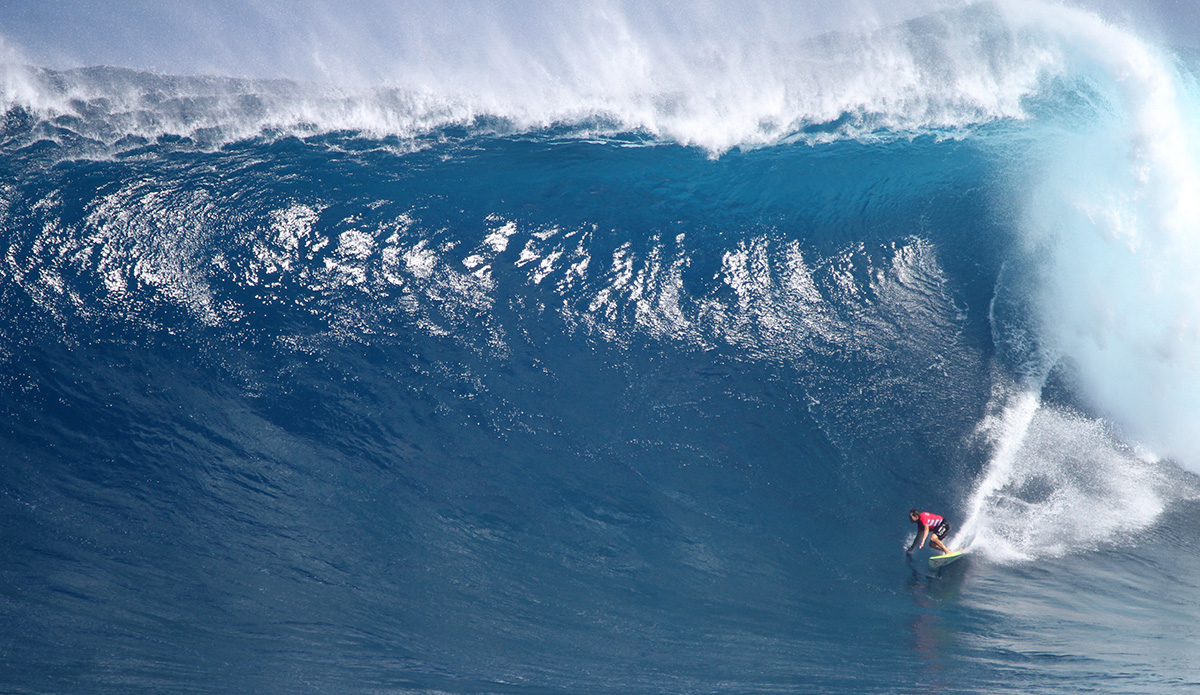 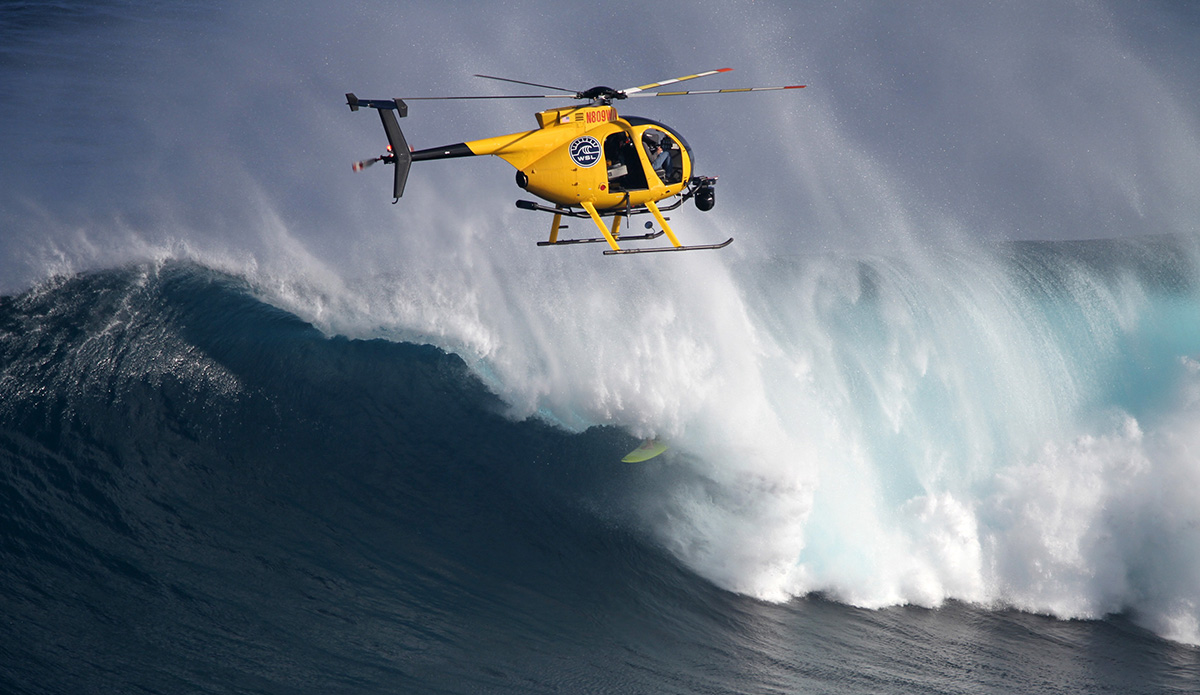 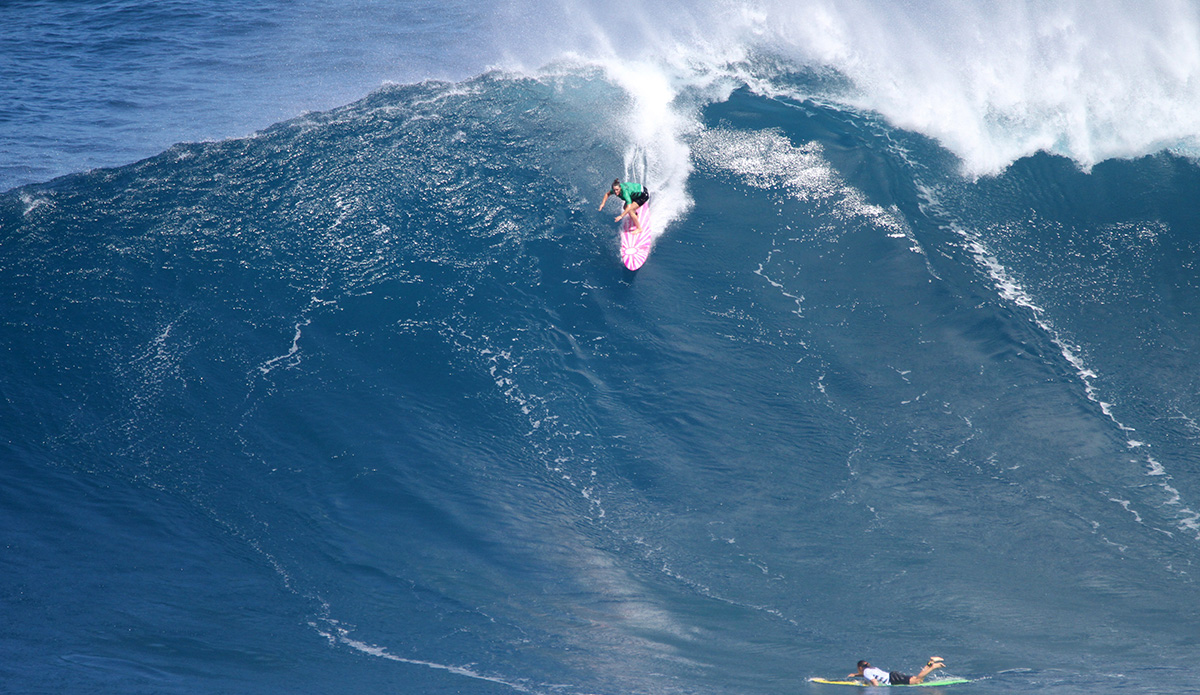 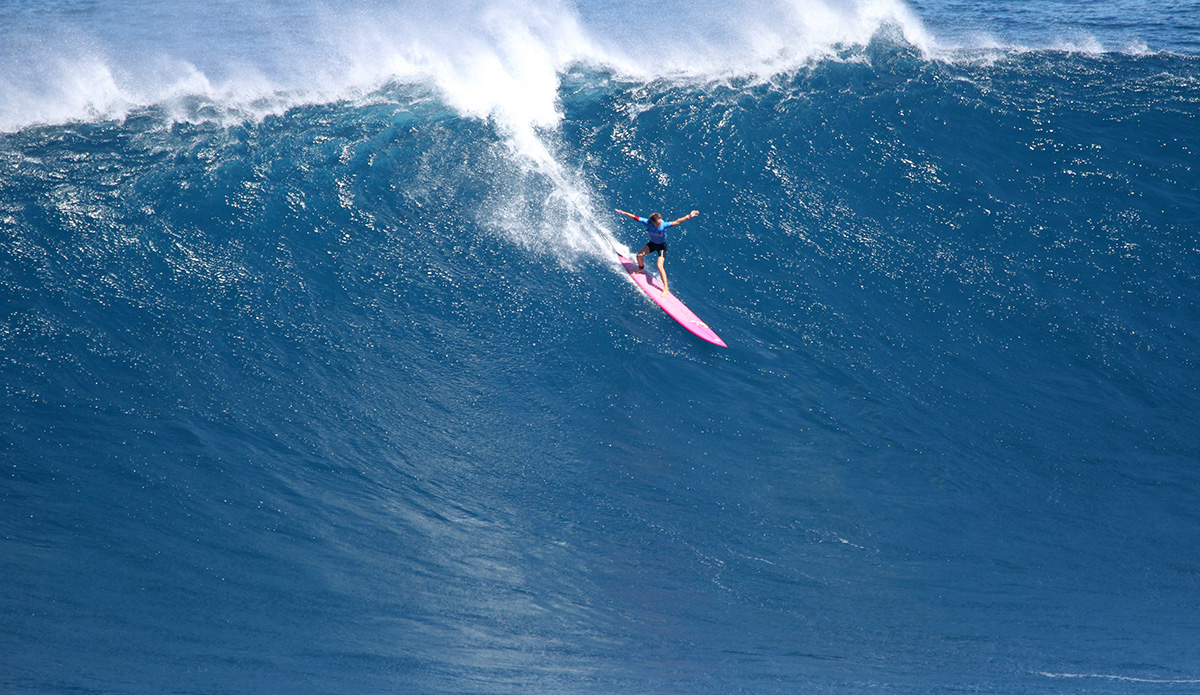 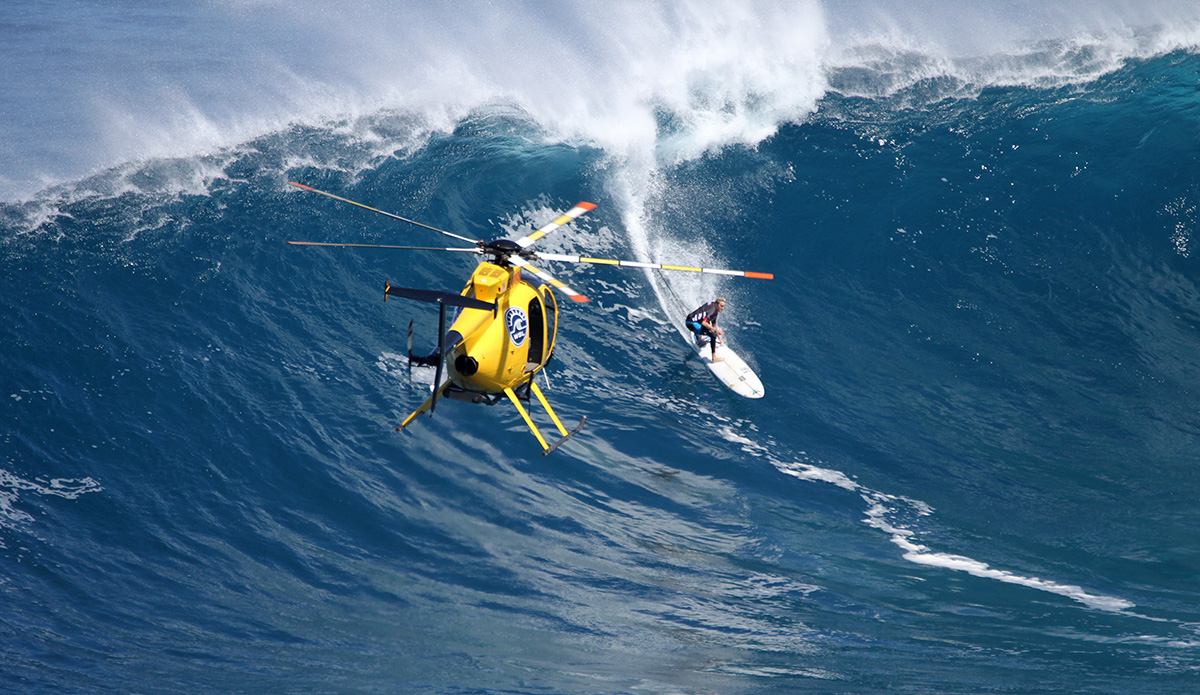 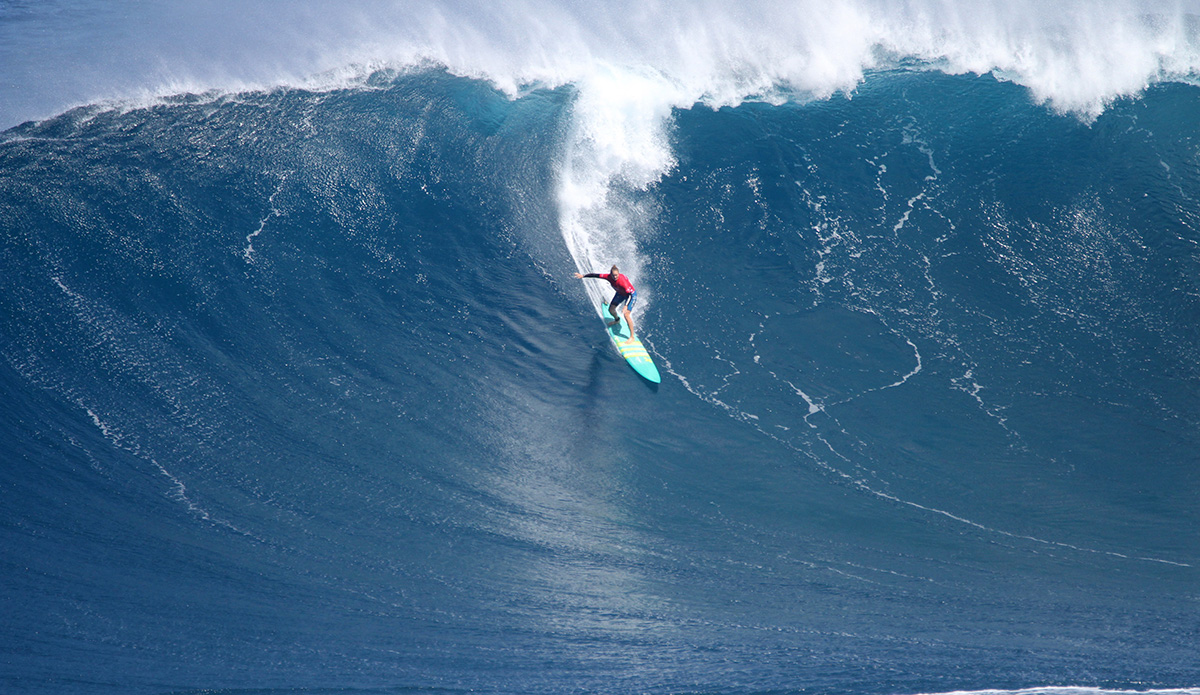 The rain hadn’t let up in a couple of days, and given how hairy the road down to Pe’ahi can get, this was a bit of a concern. In spite of this and having a cold, however, this is what I live for: the 3 am alarm and barely enough coffee to get through the morning.

As the stars move across the sky, your eyes adjust to the darkness and suddenly the whitewash and sets become visible. Predawn, all you can see and hear are the waves crashing on the cliff below. Then, as dawn approaches, pastel pinks, oranges, and yellows paint a cotton candy sky.

It was going to be a long day. I knew the swell wasn’t going to peak until that night, but it wasn’t worth risking losing my spot on the cliff, so an early morning was what it would take. By 5 am on Friday morning, we’d been settled in our spot and set up for well over an hour. I was surprised at how much energy the ocean had already. This day really had some potential and my mind was racing with thoughts of what was to come. The swell hadn’t even filled in completely, but it was clear the direction was perfect for Jaws and it was all coming fast. The morning standout was 13-year-old surfer Ty Simpson-Kane, who gave us a glimpse of the future.

“Paddling into Pe’ahi has been my dream for as long as I can remember,” he said.

And as photographer John Patao pointed out, “What were you doing at 13 years old?”

The swell kept rising quickly and it had pushed in enough for the contest to get rolling. That first day we saw the men’s heats 1-4. Standouts included Tom Lowe and Mark Healy charging backside, Will Skudin’s big left, Billy Kemper, and Ian Walsh.

We spent the sunset hours cliffside, drinking beer and chatting with Francisco Porcella about his plans for the next morning. Thoughts of even bigger and better waves flooded my mind through the night, making it hard to sleep. With a 7 am contest start the next day, we were ready for another early morning. So once again, we arrived well before sunrise, setting up and ready to go by 4:30 am. This time, it was clear as soon as we arrived that there were some huge waves.

The heats were stacked for the second day and the waves were pumping. Standouts of the day included two-time Pe’ahi Challenge Champ Billy Kemper, Makua Rothman, Lucas Chianca, Kai Lenny, Ryan Hipwood, Albee Layer, and Ian Walsh, who all made it into some beautiful barrels. That second heat of the semis may have been one of the best heats in big wave history.

A big congrats goes to Paige Alms for retaining the crown and becoming the two-time Women’s Peahi Challenge Champion. All of the ladies came to charge and they put on quite an entertaining contest. Keala Kennelly hadn’t surfed in a year after injuring herself during the same contest in 2016, but she showed no rust.