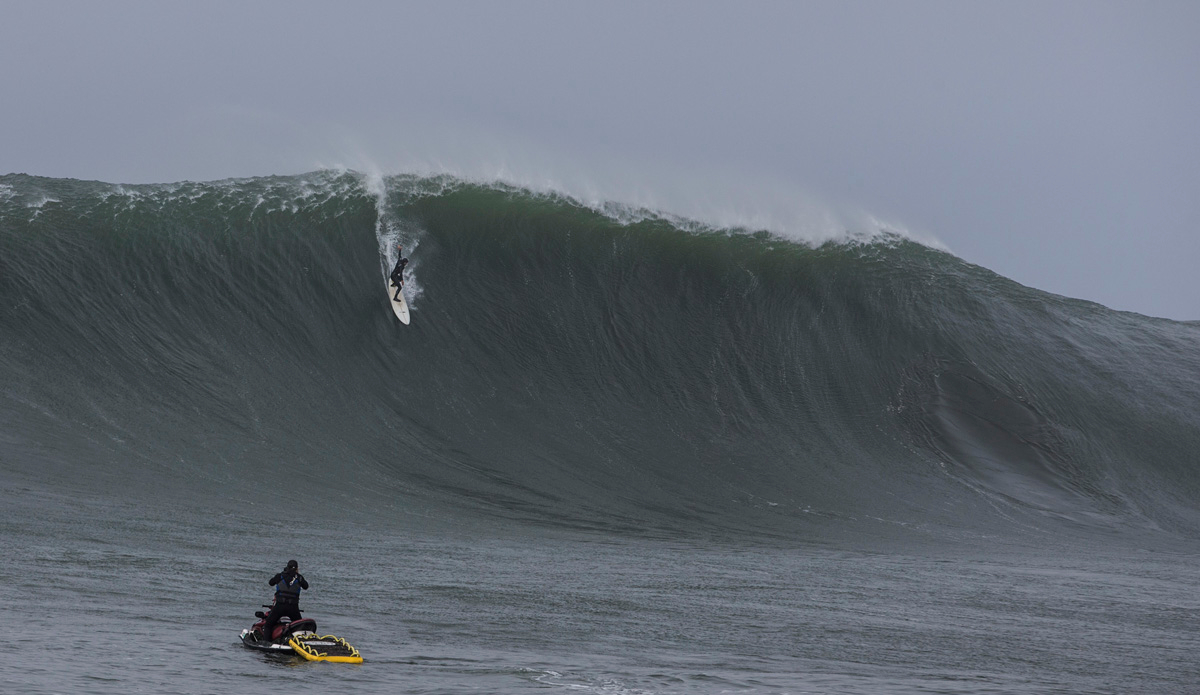 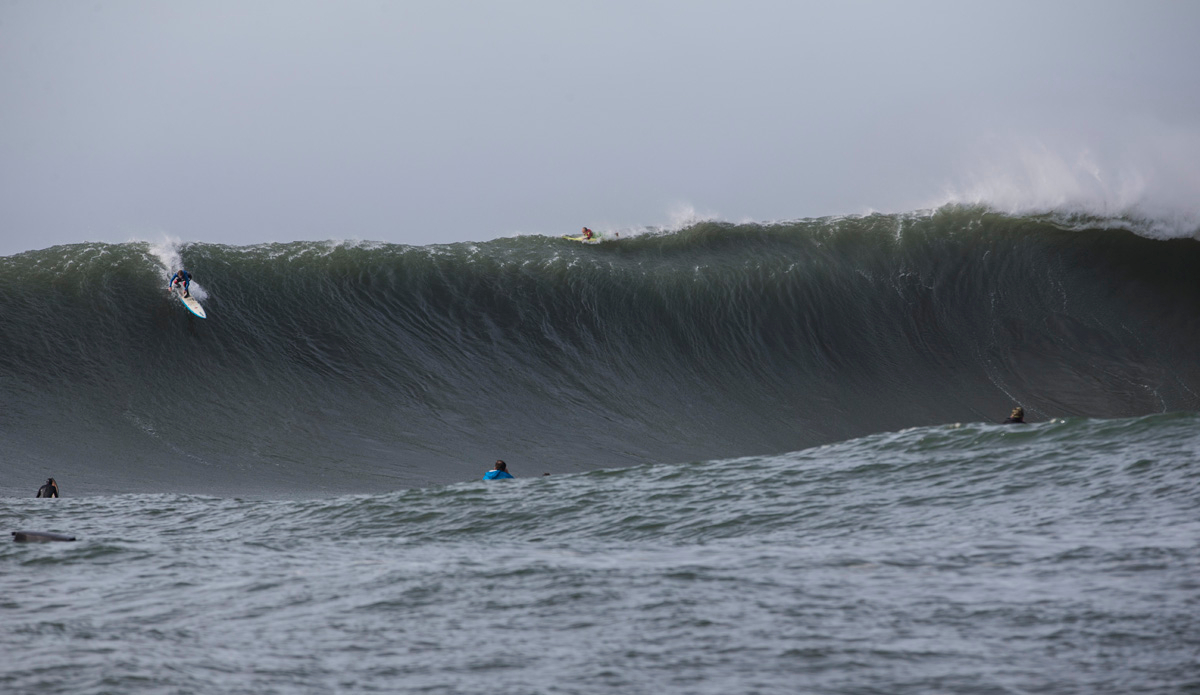 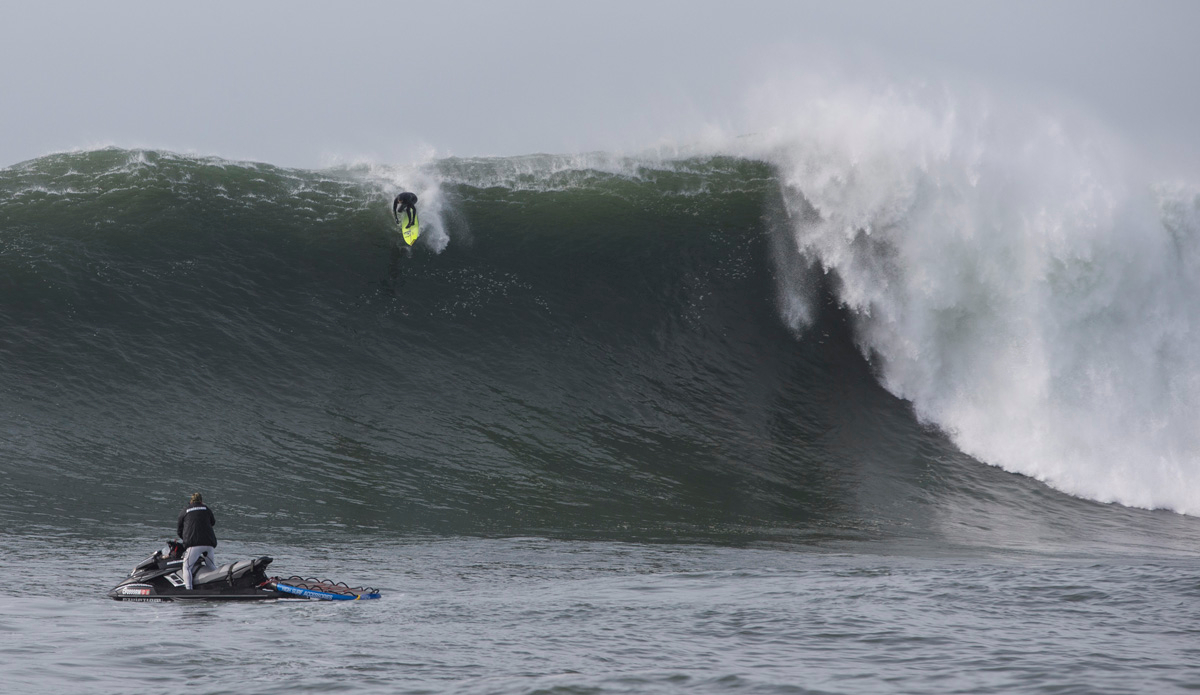 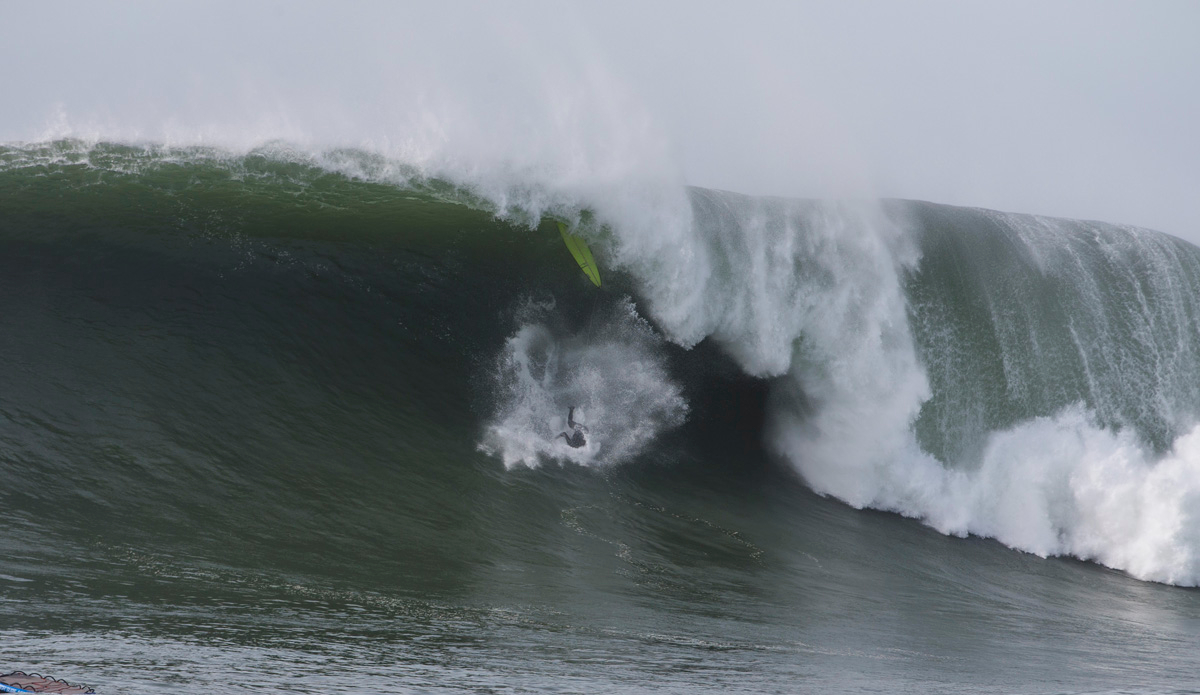 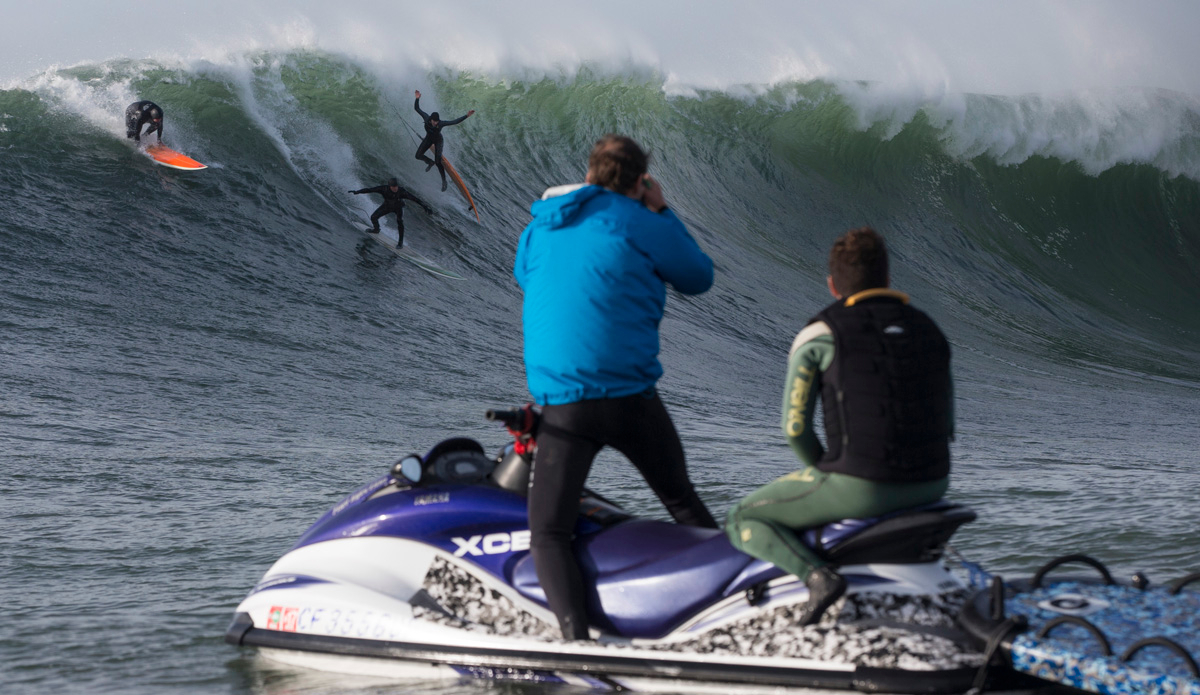 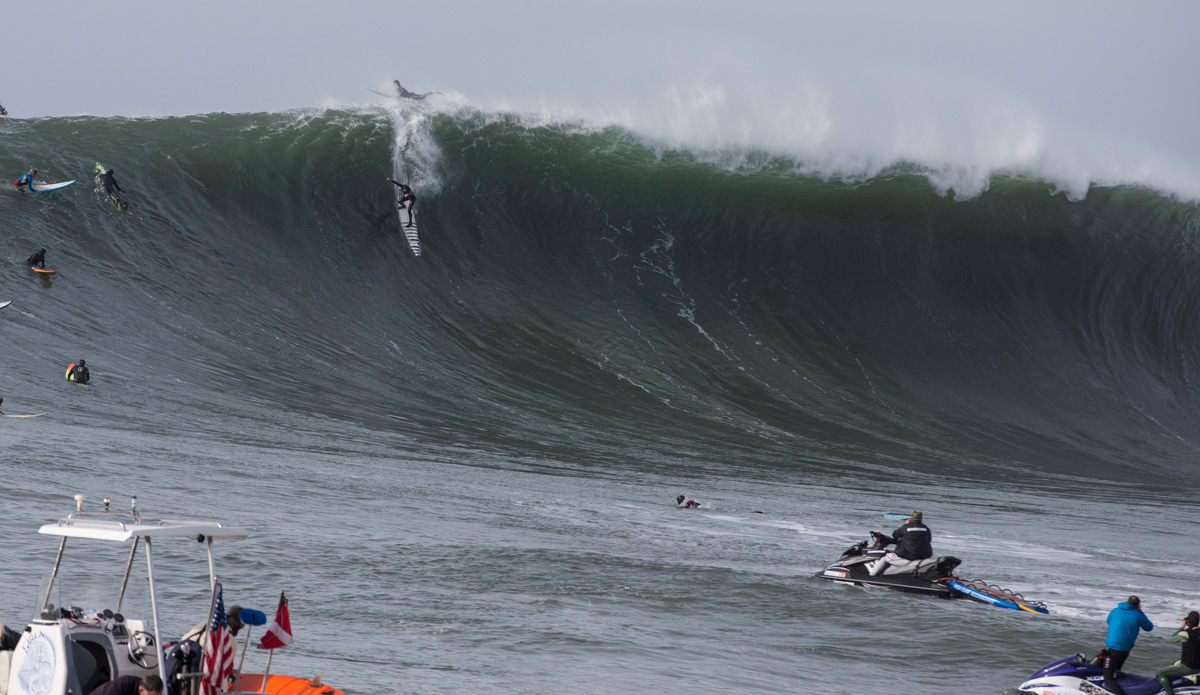 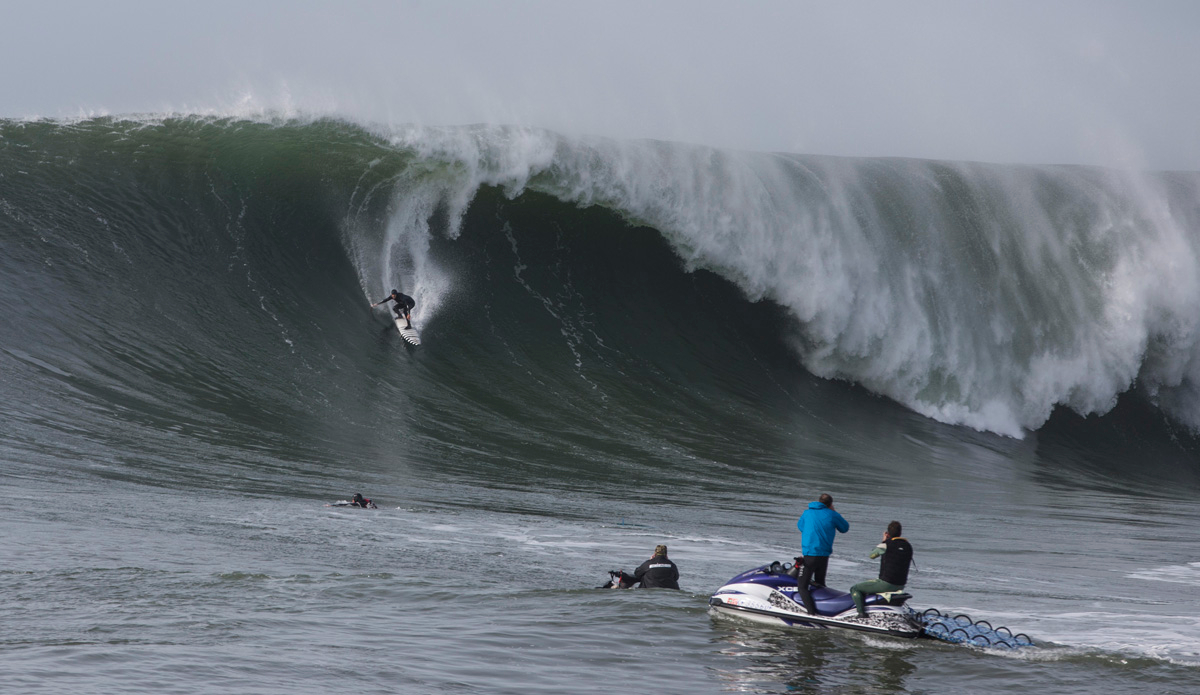 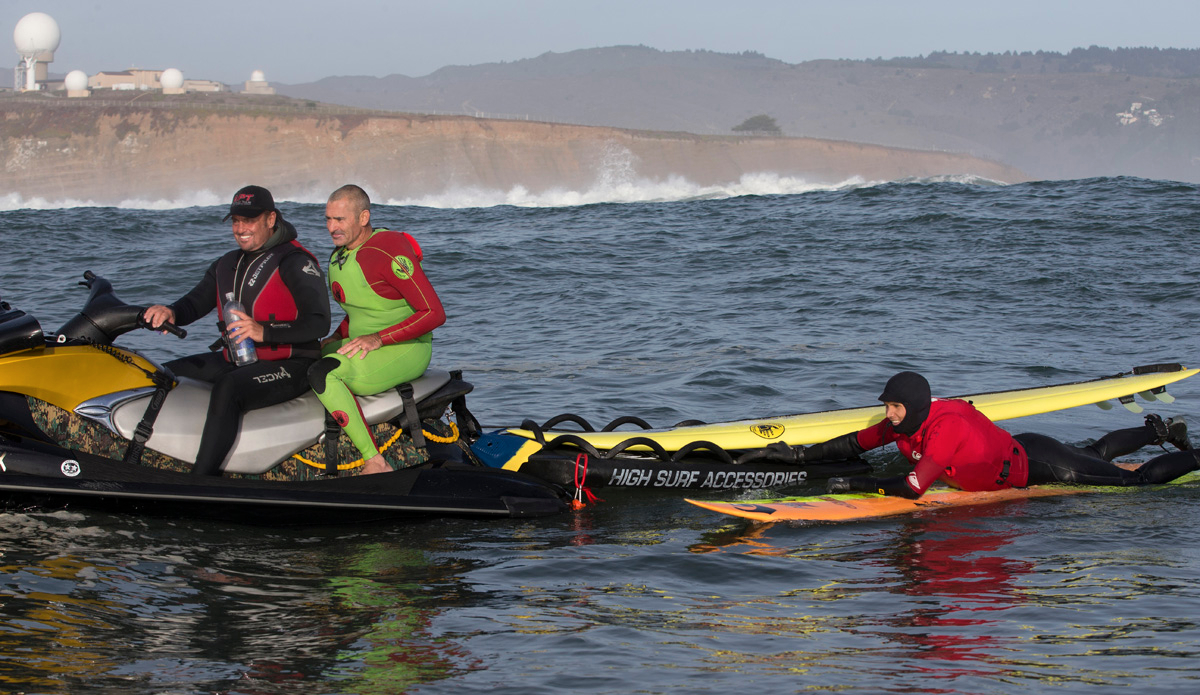 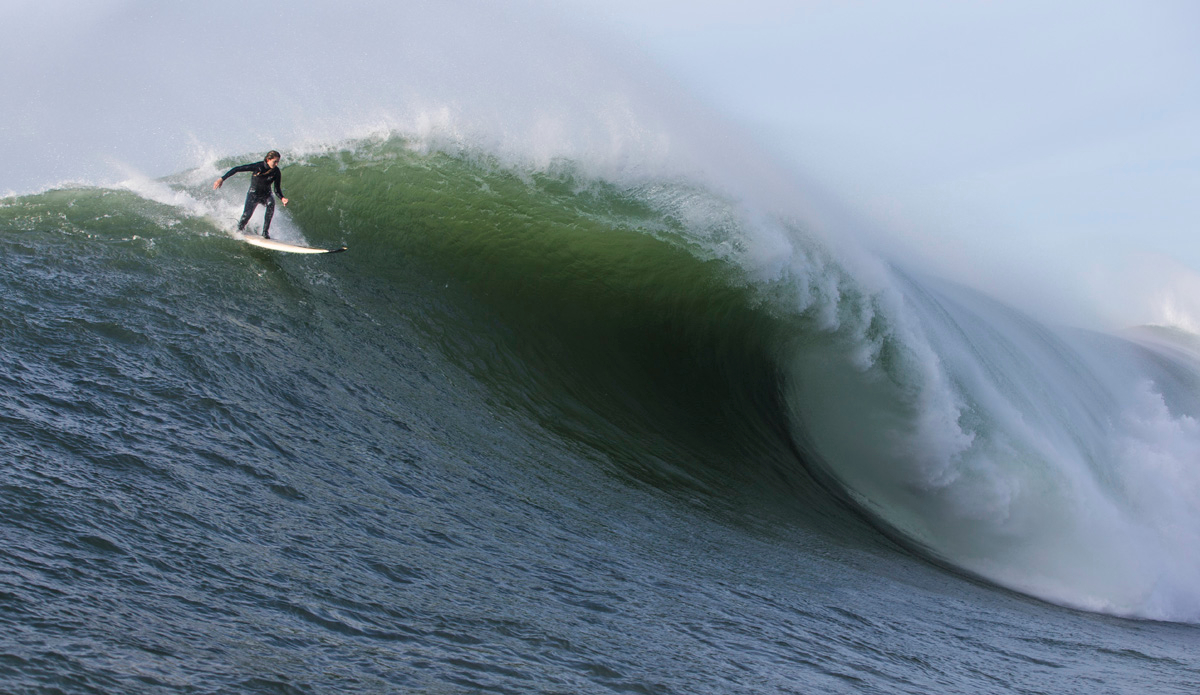 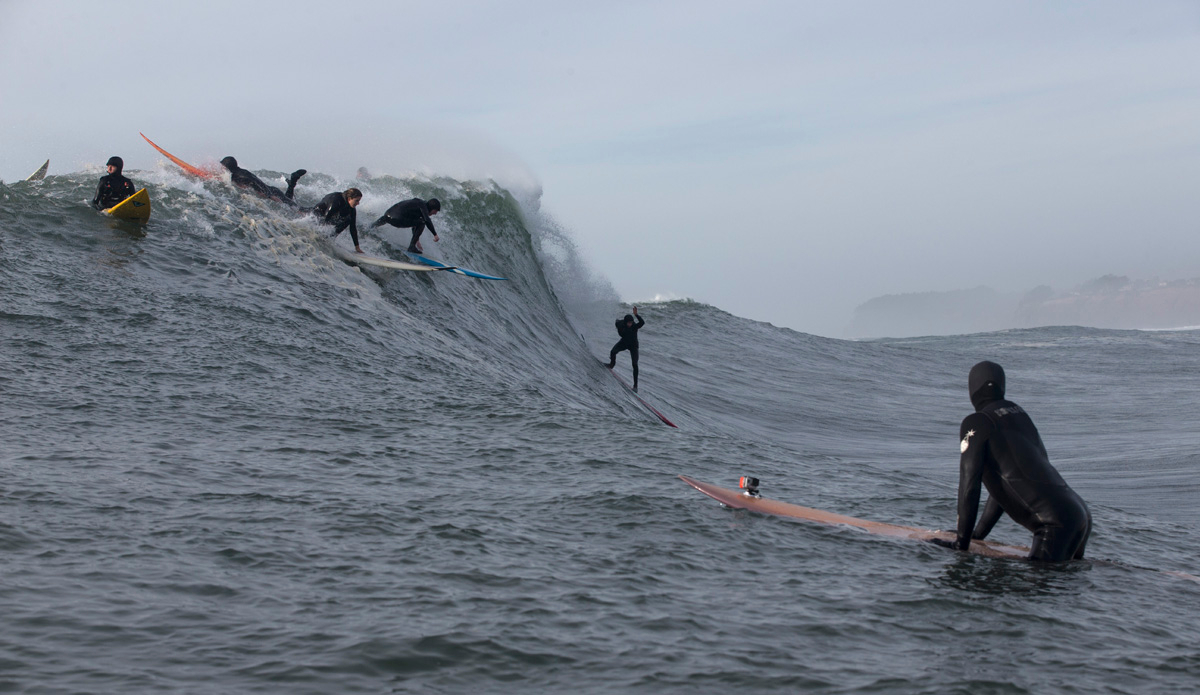 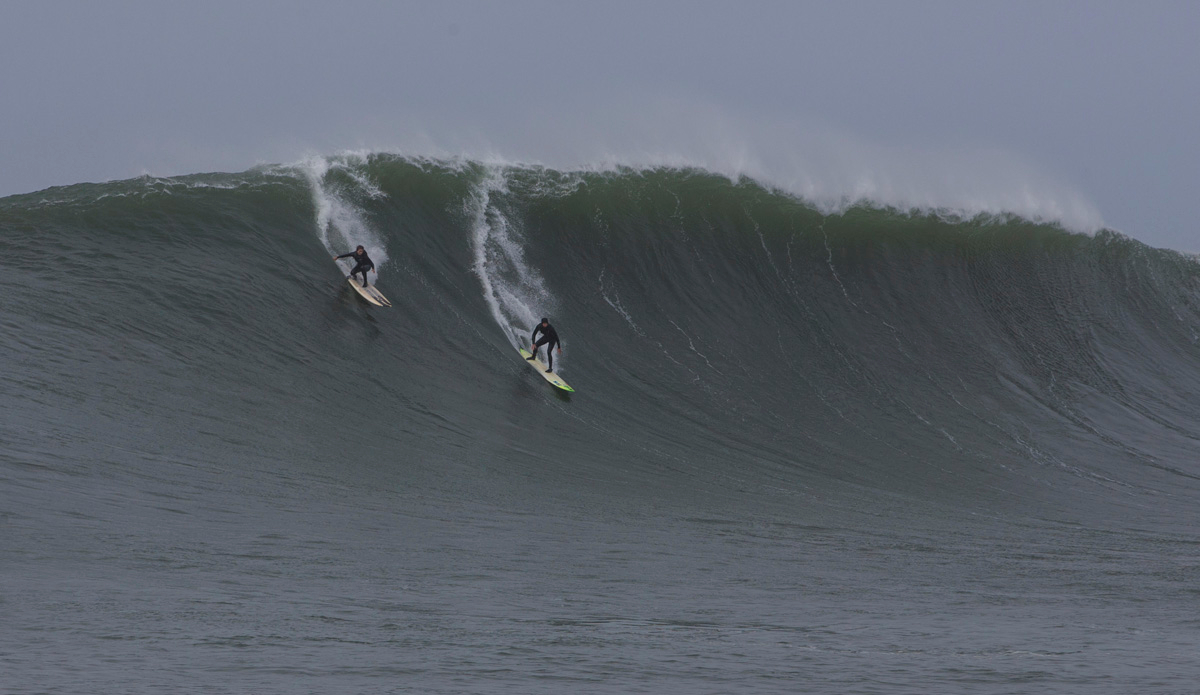 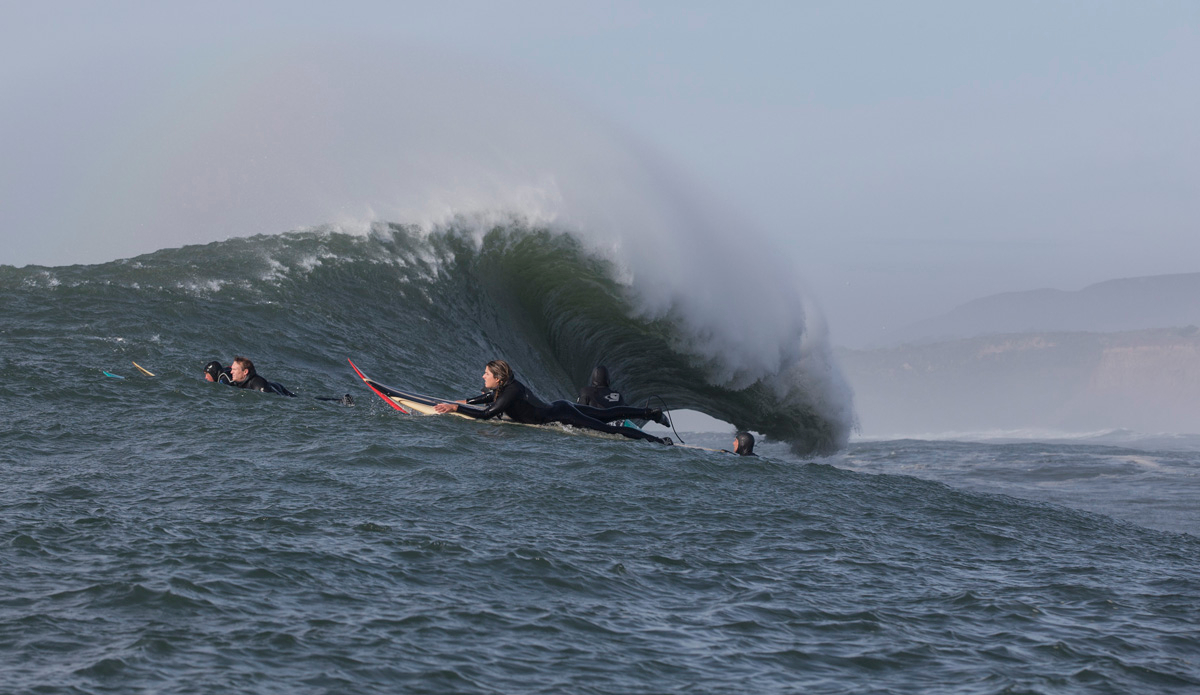 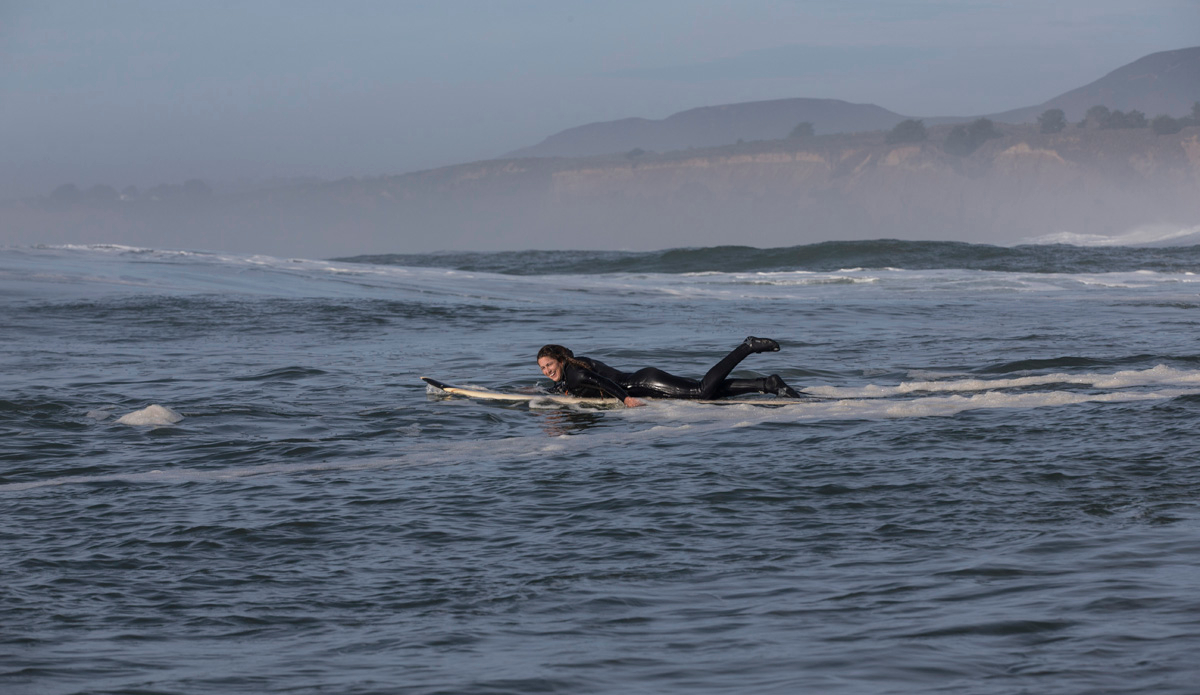 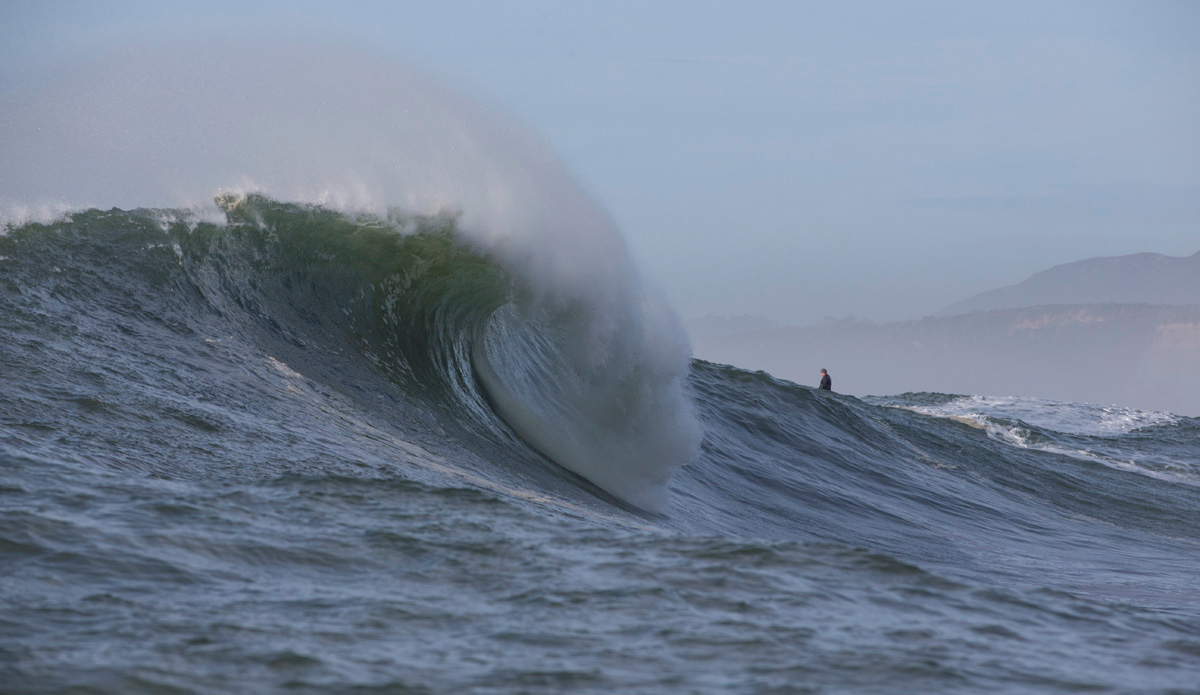 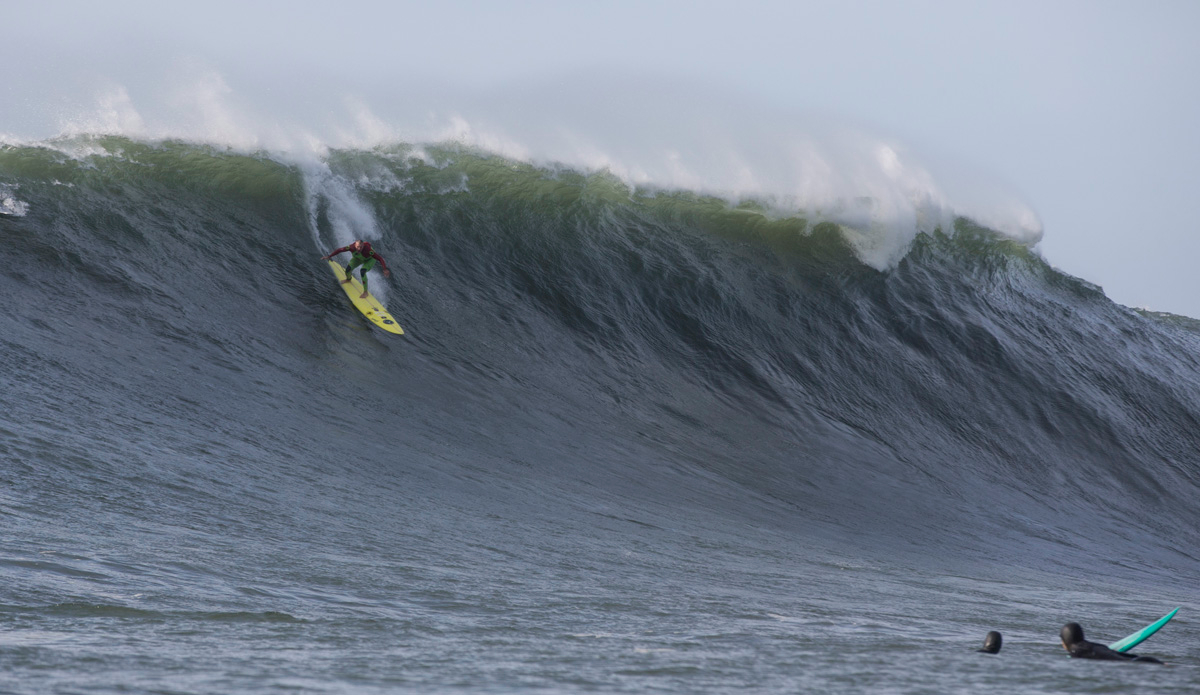 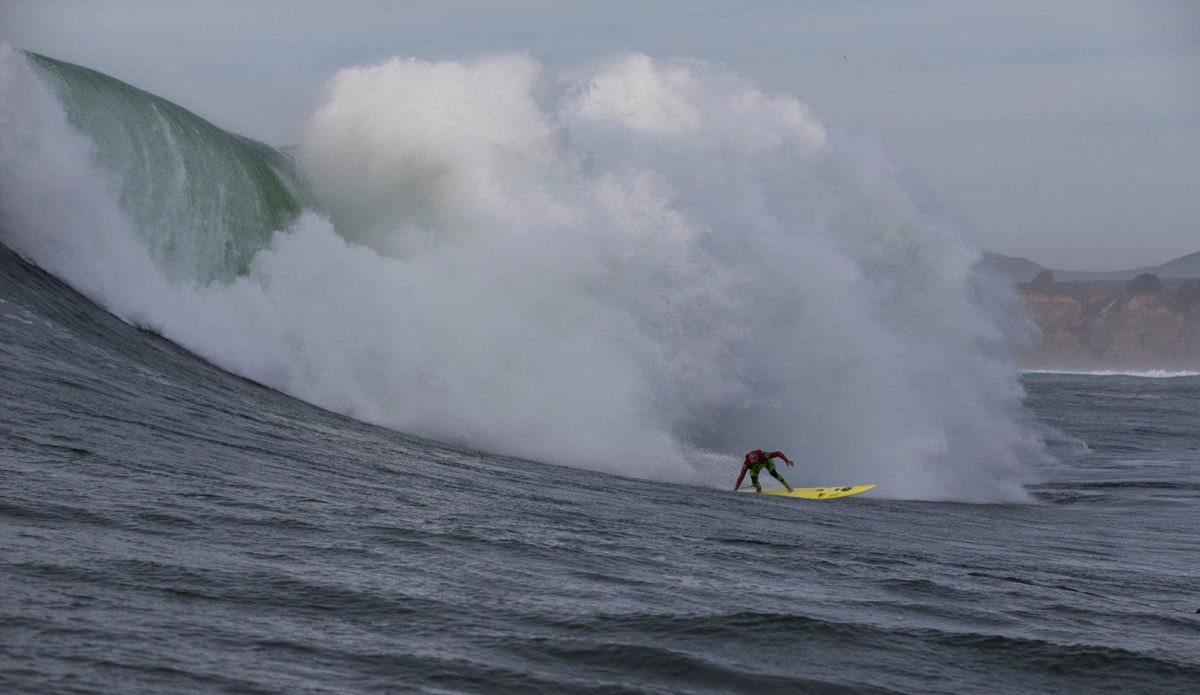 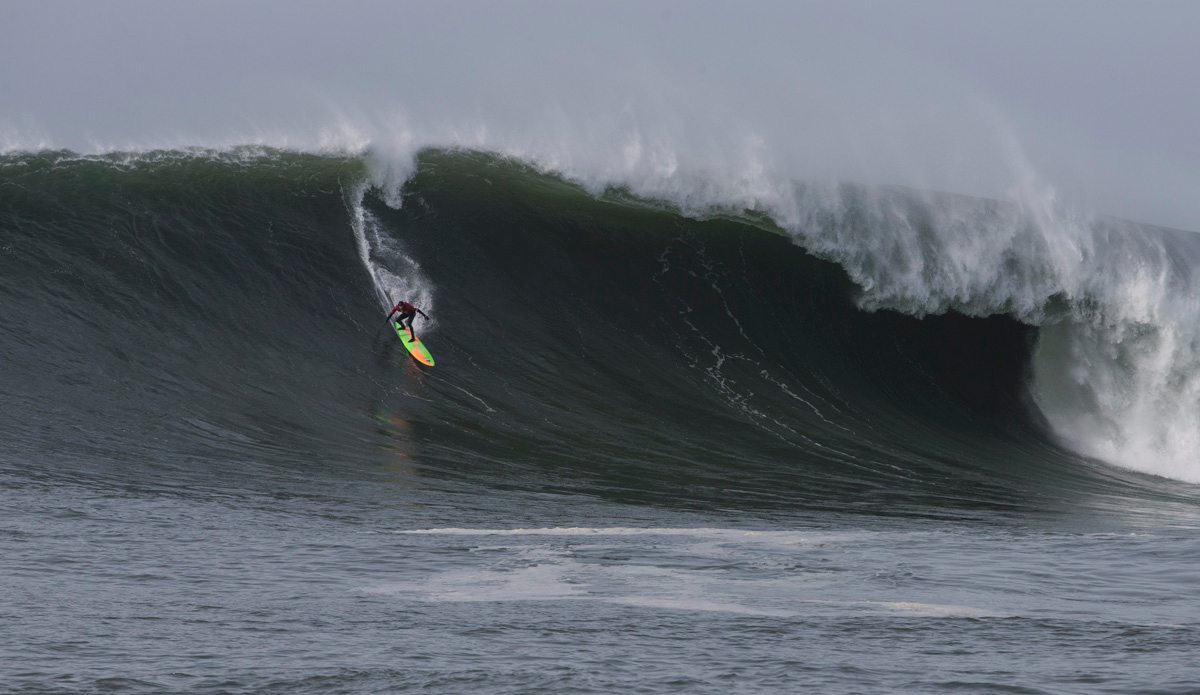 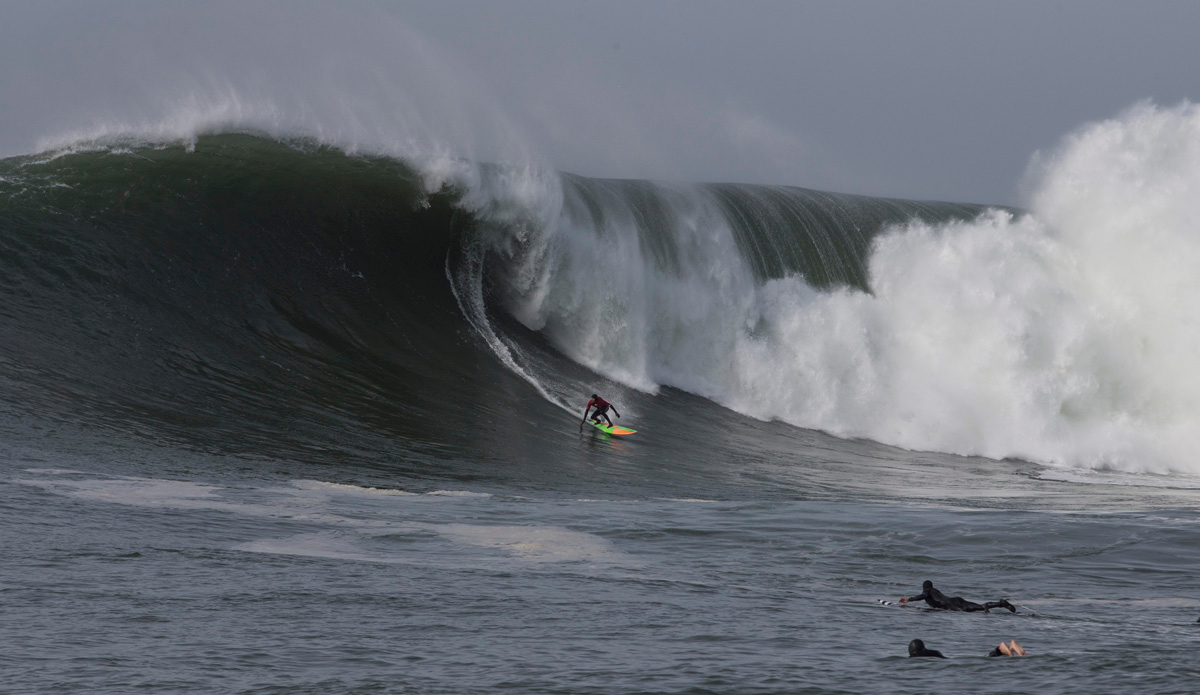 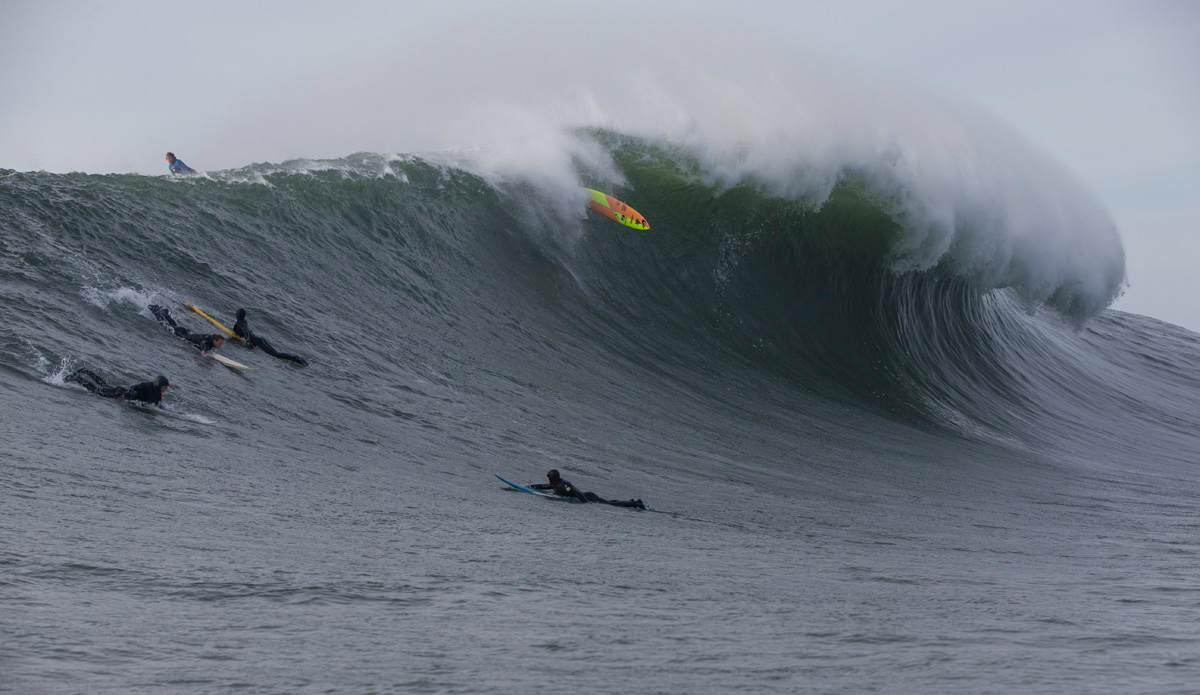 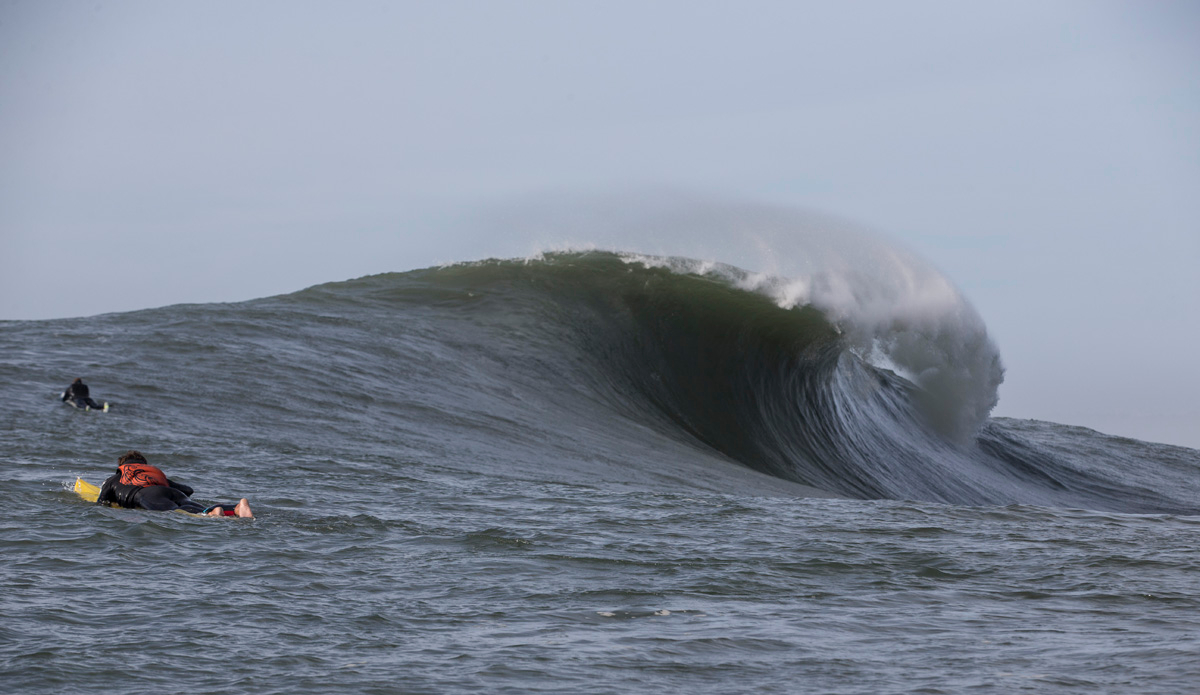 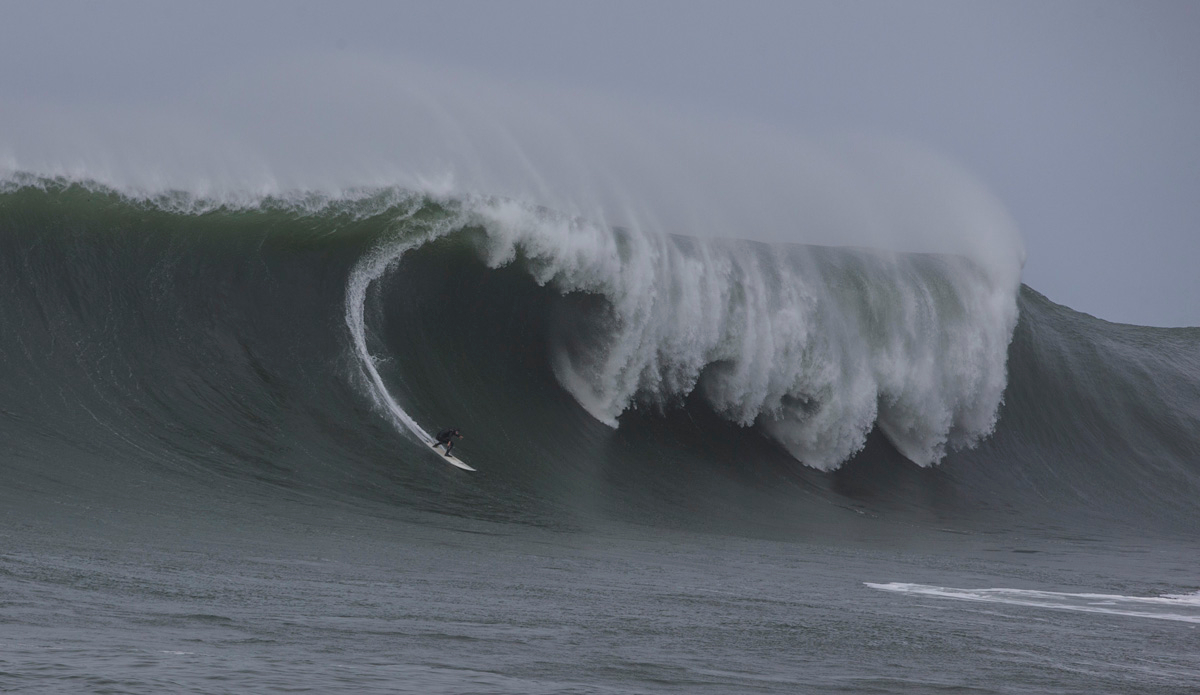 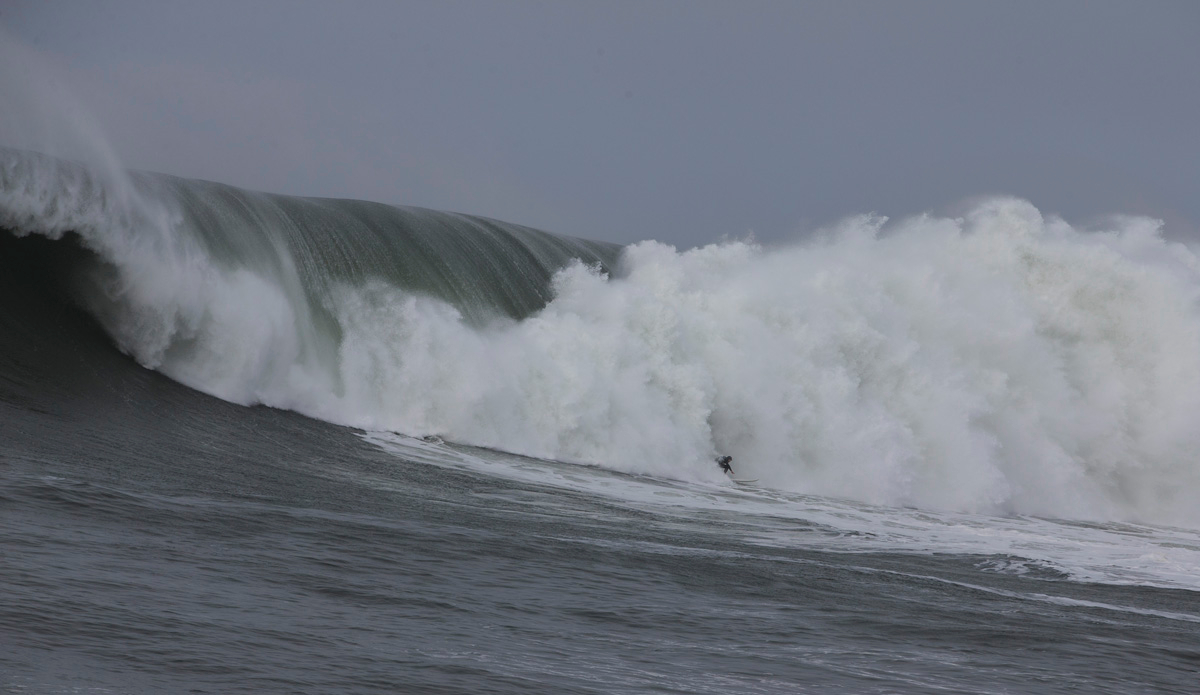 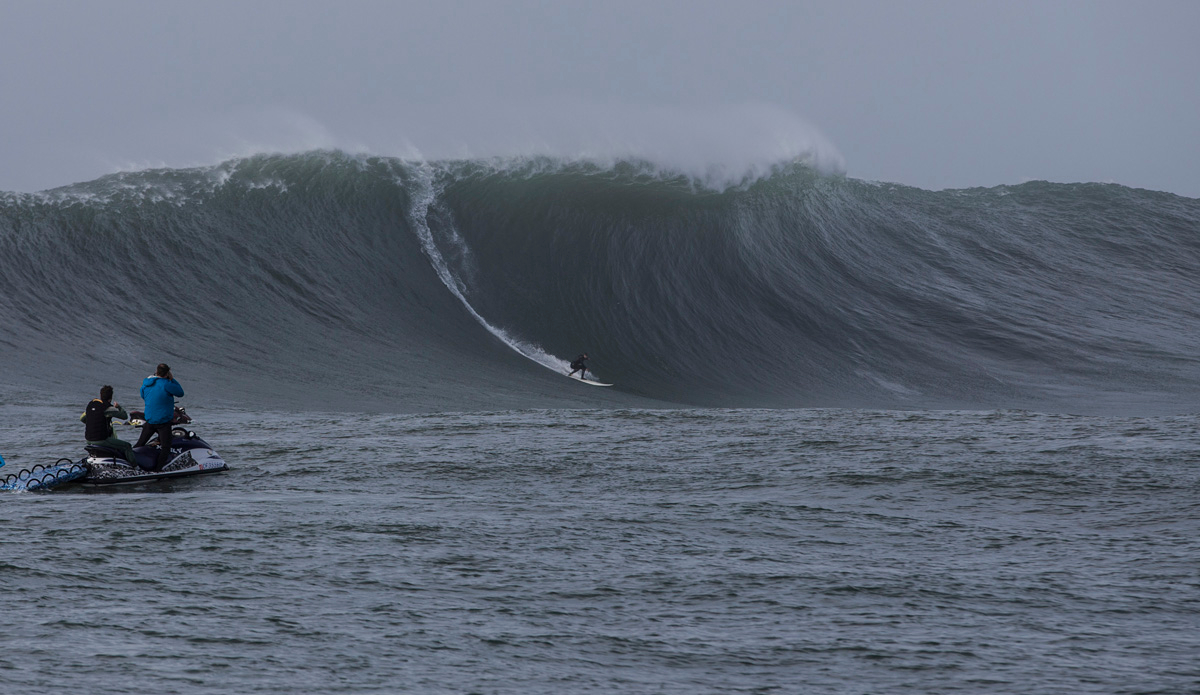 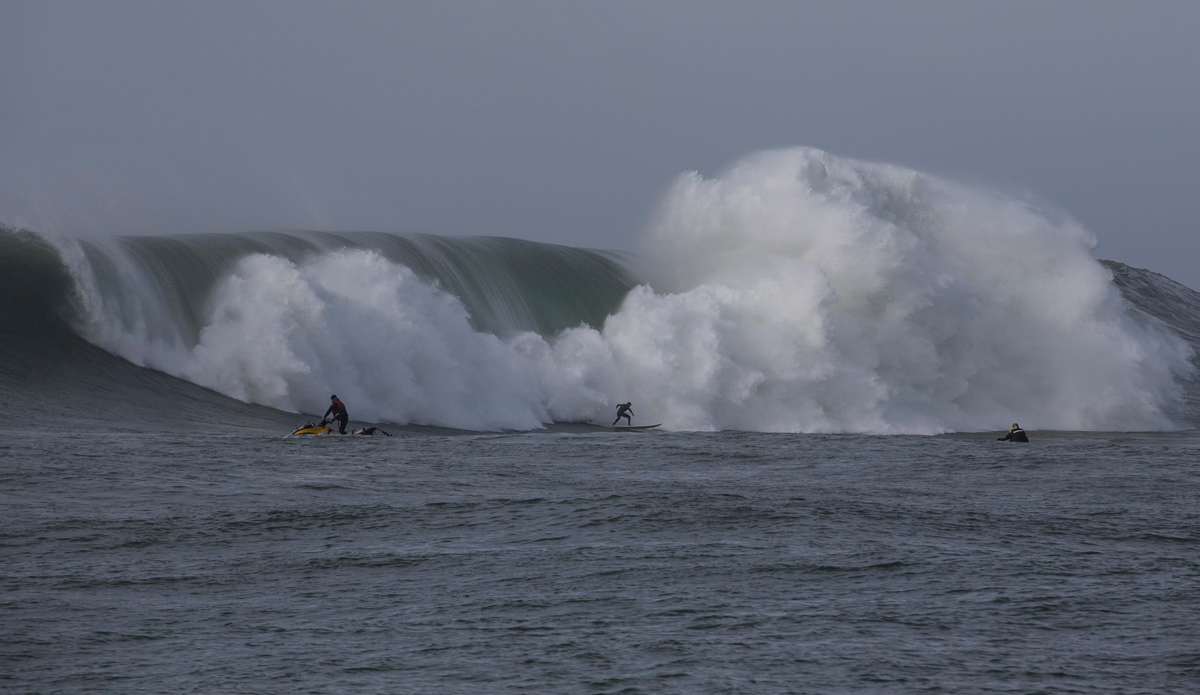 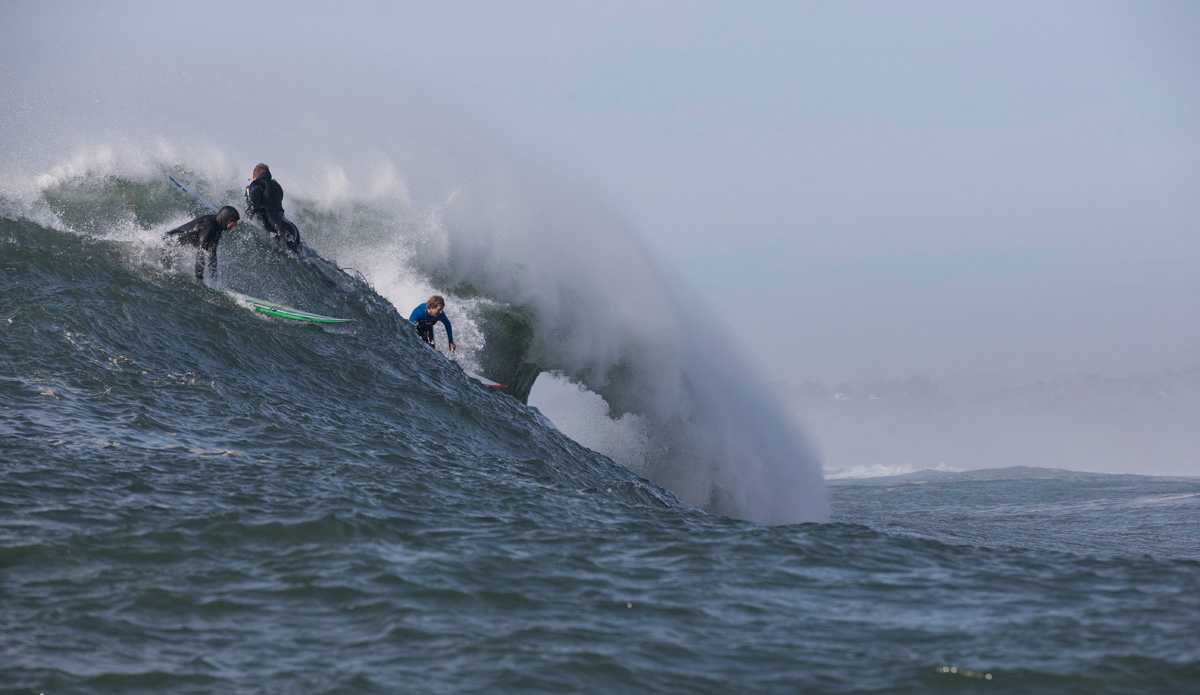 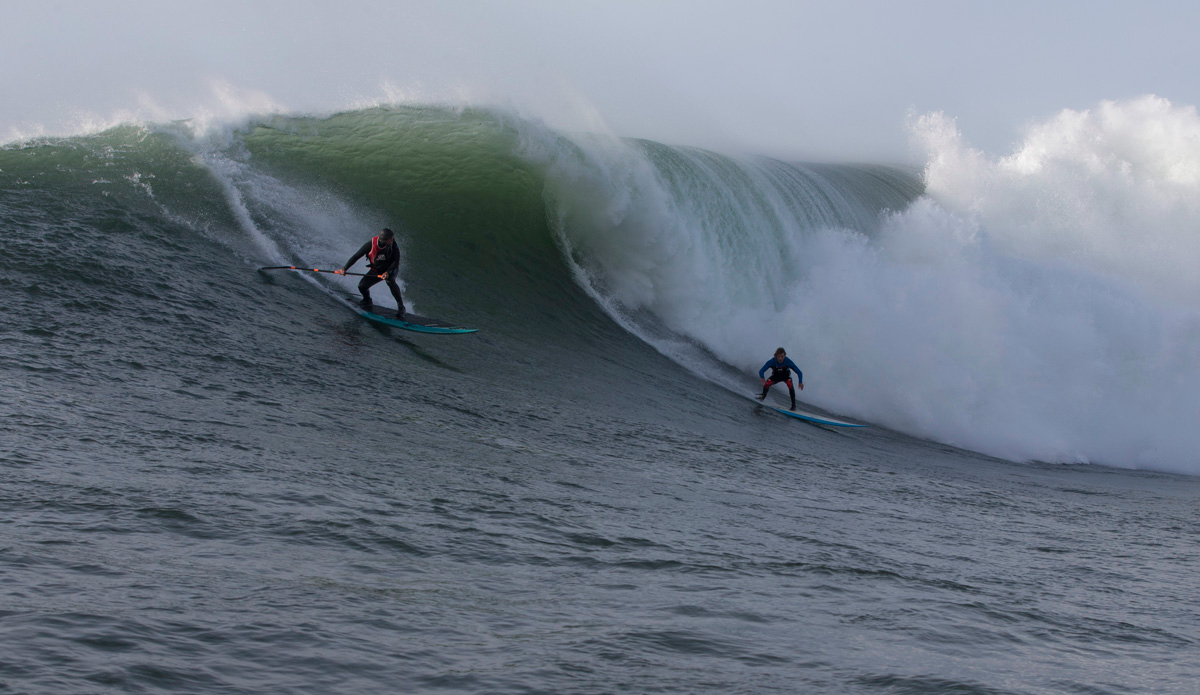 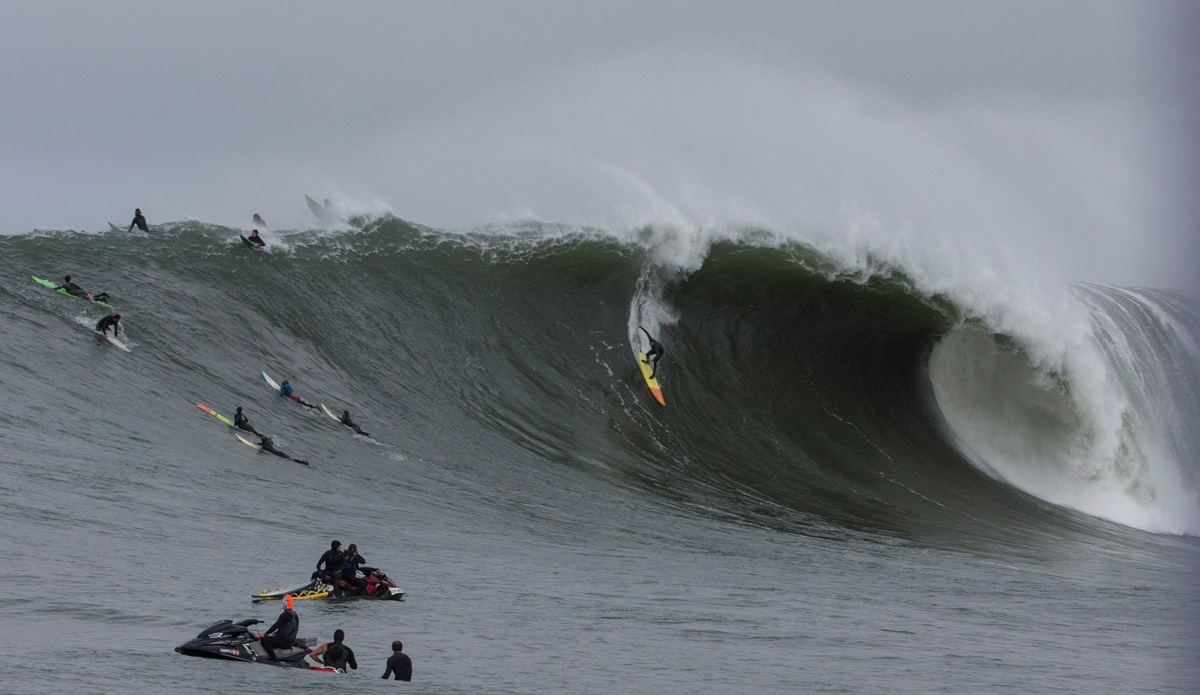 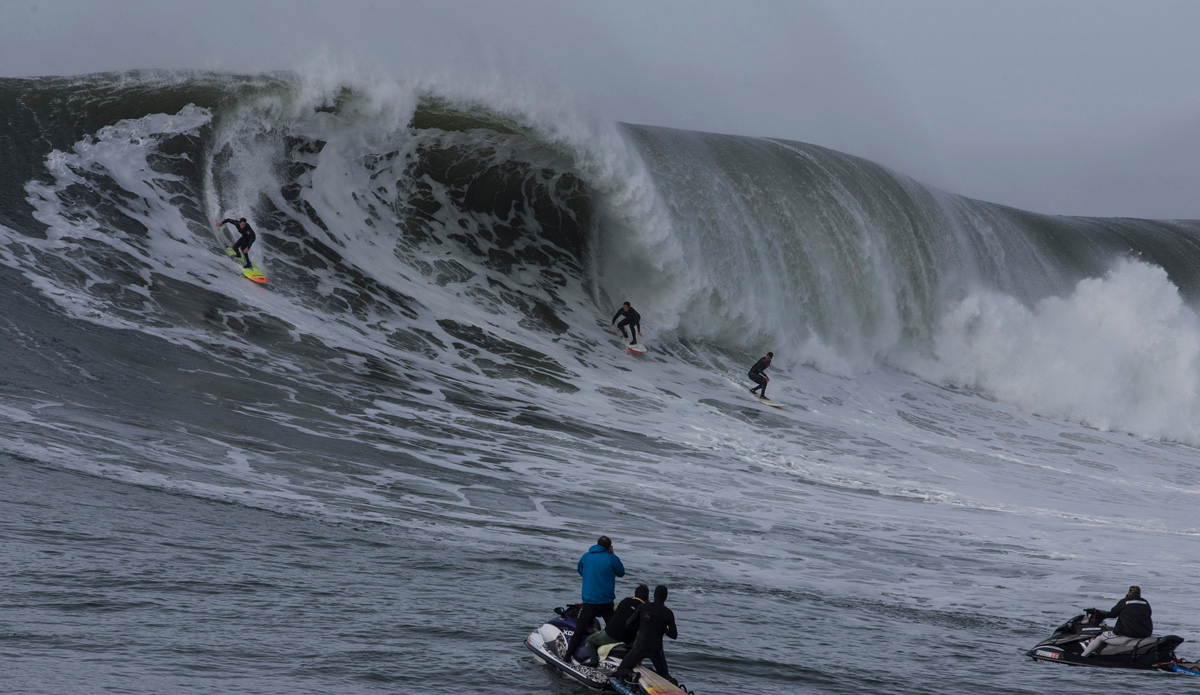 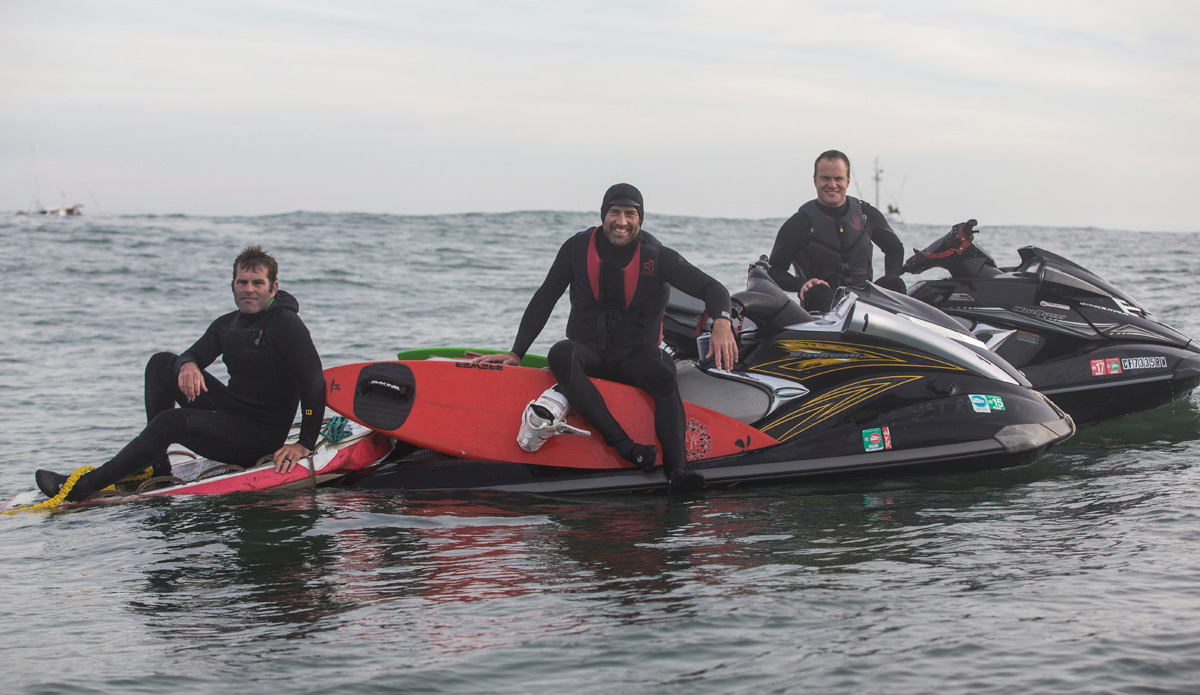 All of the elements came together for a memorable swell at Maverick’s this past Monday. Watching the webcast of the Pe’ahi Challenge the day before reminded me of the 2010 Maverick’s contest, which was held during the last El Niño season. In fact, I haven’t seen Maverick’s quite like that ever since, nor do I expect to anytime soon. I guess that’s the beauty of the ocean, right?

This particular swell had XXL potential, and I was committed to document my big-wave buddy Bianca Valenti showing what women are capable of in waves of consequence (check out the Supersession II Kickstarter to support a great crew of advocates for women’s big-wave surfing). I knew my favorite superstars—including Bianca, Emi Erikson, and Savannah Shaughnessy—would be in the water and I didn’t want to miss the possibility of getting a cover shot.

A group of our surf friends—all ladies who surf big days at Ocean Beach—had taken advantage of the circus coming to town and the boat rides that opened up. Most of them had never seen Maverick’s up close, and another has been out with an injury for the season. Needless to say, we were frothing. We waited for what seemed like an eternity while I expended far too much amping-energy while making small talk and readying my camera and water gear. The boat wasn’t going to allow me to jump off, which put a kink in my plan. However, little did I know that the plan would come to a screeching halt. The captain told us that the surf was too big and the boat was too slow to make it out to the break. The trip was cancelled.

Extremely heartbroken, my ladies sprung to action. I got a report that it wasn’t as big as expected, the channel was clean, and the waves were glassy. The buoys didn’t make the trip seem like a reckless expedition, so we managed to find another boat that was even better than the last. This one had a double deck for optimal viewing.

Our small crew made it out with no trouble—just a bunch of ladies with little girl grins as we pulled up to what was definitely going to be a good show. It was shiftier than I remember from the last big swell and less consistent but there were bombs to be had. After three hours on the boat I suited up and jumped on to my friend Tom Murach’s ski. Lensman Richard Hallman, visiting from Oregon, drove and gave me some invaluable photo knowledge while putting us in the optimal spots.

The evening was capped off with war stories, beers, and burgers at Old Princeton Landing, followed by a private video screening of the day’s nuggets by Curt Meyers of Powerline Productions. I was able to see Savannah Shaughnessy’s giant wave, which I missed while bogging in the harbor. She won the unofficial Powerlines wave of the day along with Nicaraguan Manny Resano. Local regulars and new visitors from around the world were back at it again the next day, but my job as a professor of Multimedia Journalism at San Francisco State and my duties as mom were back at the top of the priorities as the swell moved on to Mexico. Something tells me we’re in for a few more memorable shows this season.