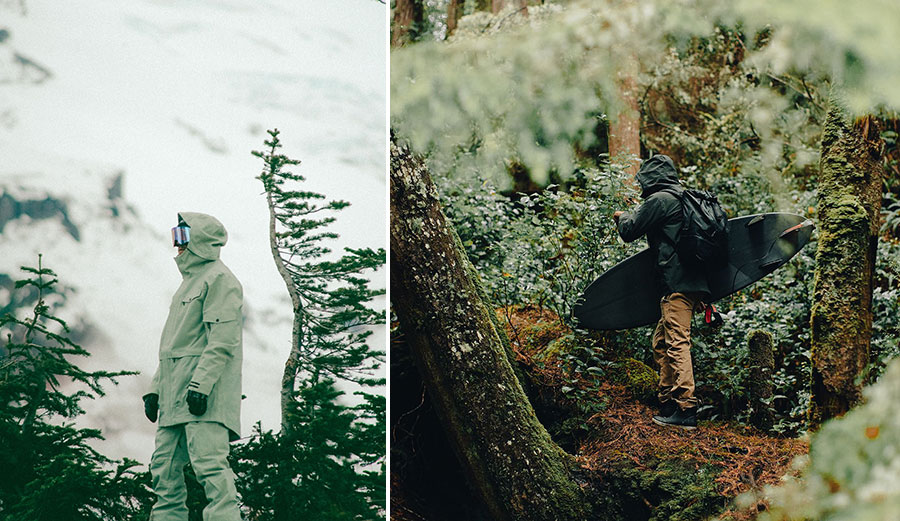 I grew up in a place that sometimes feels as though it might be the rainiest place on Earth. It’s a blessing and a curse — all that rain makes for some of the most beautiful forests in the world. Vancouver Island, where I live, is ripe for exploration. The waves are incredible, as are the mountains. Untracked, unspoiled, and vast. Get out of town, and there is something new around every corner.  But winters in the Pacific Northwest? Oh man, they are LONG. If you’re not dressed for the weather, you’re facing months on end of sitting inside, which can get boring, to say the least, especially when the waves are cranking or the snow is falling.

Since I don’t like spending the darker months inside and I hate the rain and cold more than just about anything, I require a good jacket. For the most part, however, most of the coats I cover myself in are lacking something. Until now, that is. The folks over at Imperial Motion sent me a few — one from their Rain Collection and another from their new Snow Collection — to test out, and as a shitty weather connoisseur, I have to say they’re doing jackets how jackets should be done.

I have a few issues with most jackets. The hoods are generally too large, so the wind grabs them like a sail around your head. They fall in front of your eyes. They’re made from a material that repels water for a while, then just turns into a sodden piece of cold, clammy, rubber that clings to your skin like a wet plastic bag. They’re too breathable so you’re cold, or even worse, not breathable enough, which leads to feeling as though you’re locked in a clammy, luke-warm room full of evaporated sweat. If you want to go hiking in the rain, as my dog often does (he too has a jacket), you must commit yourself to being uncomfortably hot, cold, damp, or sweaty. But the jackets IM sent? Practically perfect in every way. 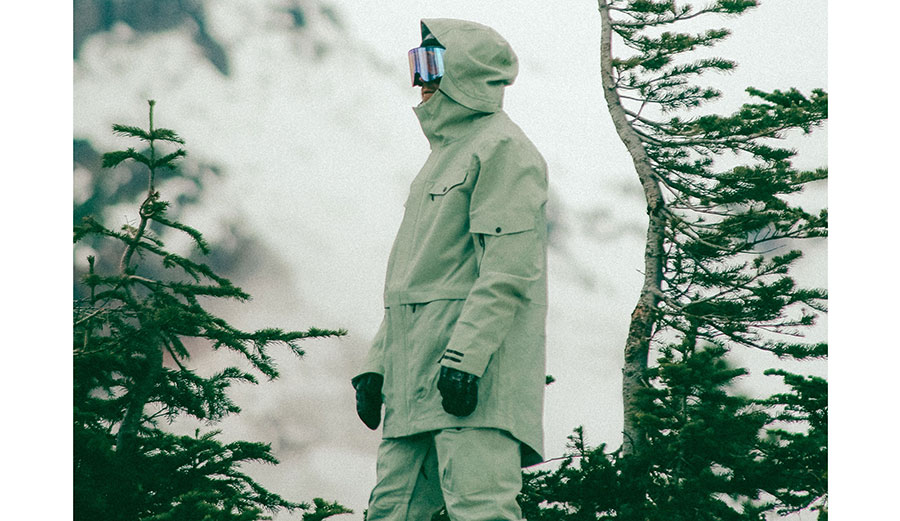 The Watson Shell (not to be confused with the Watson Insulated Jacket) in particular is so loaded with features that I’m not entirely sure how the designers managed to fit them all in. It’s not so thick as to restrict movement — an 80 g insulation and a 60 g shell — and it’s both waterproof enough to stand up to the PNW deluge and that wet snow, yet breathable enough to stave off the dreaded clammy sweats. Pit zip ventilation, just in case you’re really working hard, an adjustable hood that includes a wrap-around neck piece that zips up to your chin, lycra gaiters on the sleeves with holes for your thumbs so they’re not sliding up your arms all the time, a snap back powder skirt so you don’t fill your back with snow when you’re sliding down the mountain on your ass, pockets for days (including a handy one for a phone with a cord exit), and a million other little things. And best of all, I think, it’s long enough to cover your butt, but not so long it feels as though you’re wearing a trench coat. It is, in short, the best coat I’ve ever owned for riding snow. 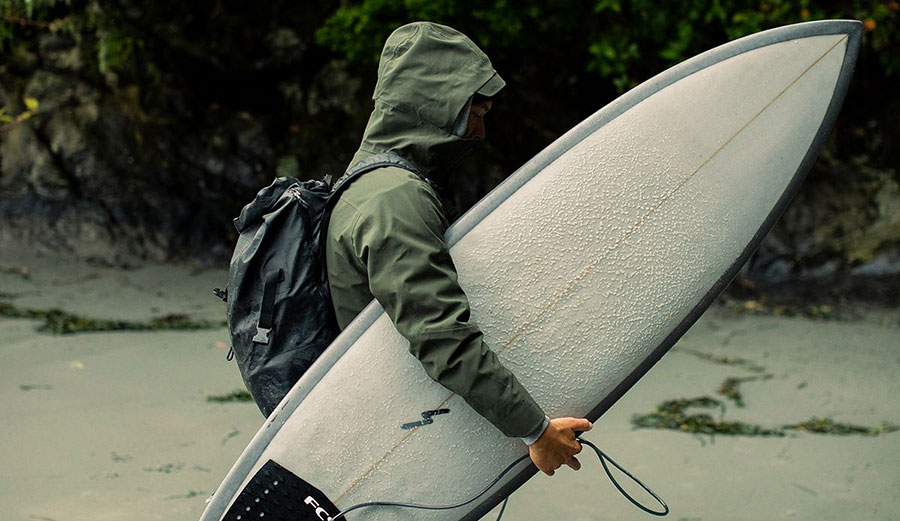 Although I do spend time in the mountains, the majority of my time is spent down closer to sea level. And in the Pacific Northwest, that means rain. A lot of rain. The uniform of a Vancouver Islander in the winter consists of gumboots/Blundstones, Stanfields, and a rain coat. Southern Vancouver Island in particular often requires a decent hike through a very soggy rainforest, squelching through mud that is at least a quarter bear shit. The air is thick with moisture. Everything is damp. It’s also not incredibly cold, so a coat that repels rain but isn’t too thick is important. All too often, however, a rain jacket shell develops an odd tendency to stick to your skin once the outside is wet. I’m no scientist, but it’s probably something to do with the colder temperature on the jacket’s outside versus the warmer temperature on the inside. It’s a terrible feeling. The Avalon Rain Jacket, though? It just keeps you dry without that feeling.

It’s built for downpours. A three-layer shell and full seals on the seams paired with four-way stretch materials makes a shell that’s both waterproof and incredibly flexible. It’s breathable — way more breathable than most rain jackets — so overheating is a thing of the past. The back is split in a fish tail design to added mobility, and the hood visor is laminated to keep it stiff while you’re being pelted with PNW sheet rain. It’s clear that the people who made this coat actually spend time in the Pacific Northwest.

Imperial Motion makes the best coats I’ve ever owned for exploring the Pacific Northwest in the winter months, whether it’s looking for waves, riding the mountains, or simply hiking with the dog in the pouring rain.

Check out more Imperial Motion gear on their website or on evo.